The true test for an eastern ski resort is always the early season warm spell or r**n event. The Catskills’ major ski areas have only been able to open a few runs this season and this most recent system that dropped snow on northernmost New England primarily produced the wet stuff farther south. Nevertheless, I packed my bags and headed for Windham NY at 6:30 this morning. 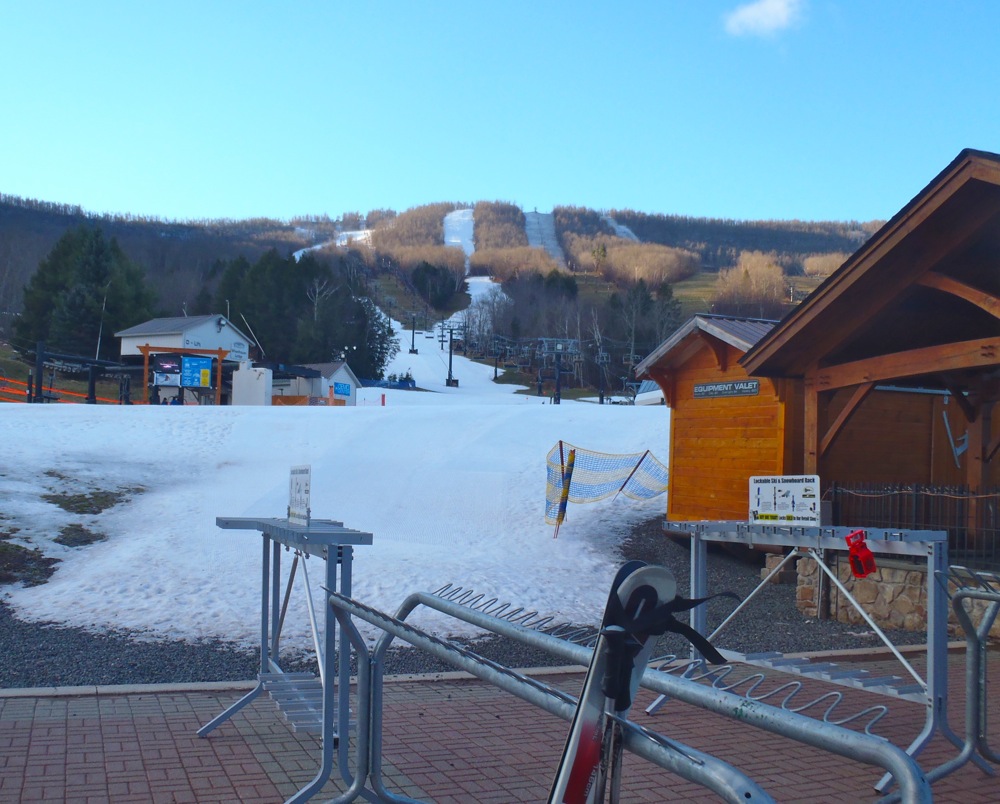 The mountain was reporting that the two top-to-bottom runs were still open, along with an additional connector at mid-mountain, along some beginner terrain near the base.

Opening was delayed to allow extra time to finish grooming some previously ungroomed terrain.  I was content waiting in an Adirondack chair in the sun, thankful for the change in plans. The mountain had solid coverage across both Upper Whistler and Upper Wolverine; the groomers did an excellent job in most places, leaving most coverage as loose granular.