If you don’t live near-ish to where it’s going to hit, sometimes, even with fairly accurate medium range weather forecasts, getting the goods can feel like a military assault — as much logistics as action. 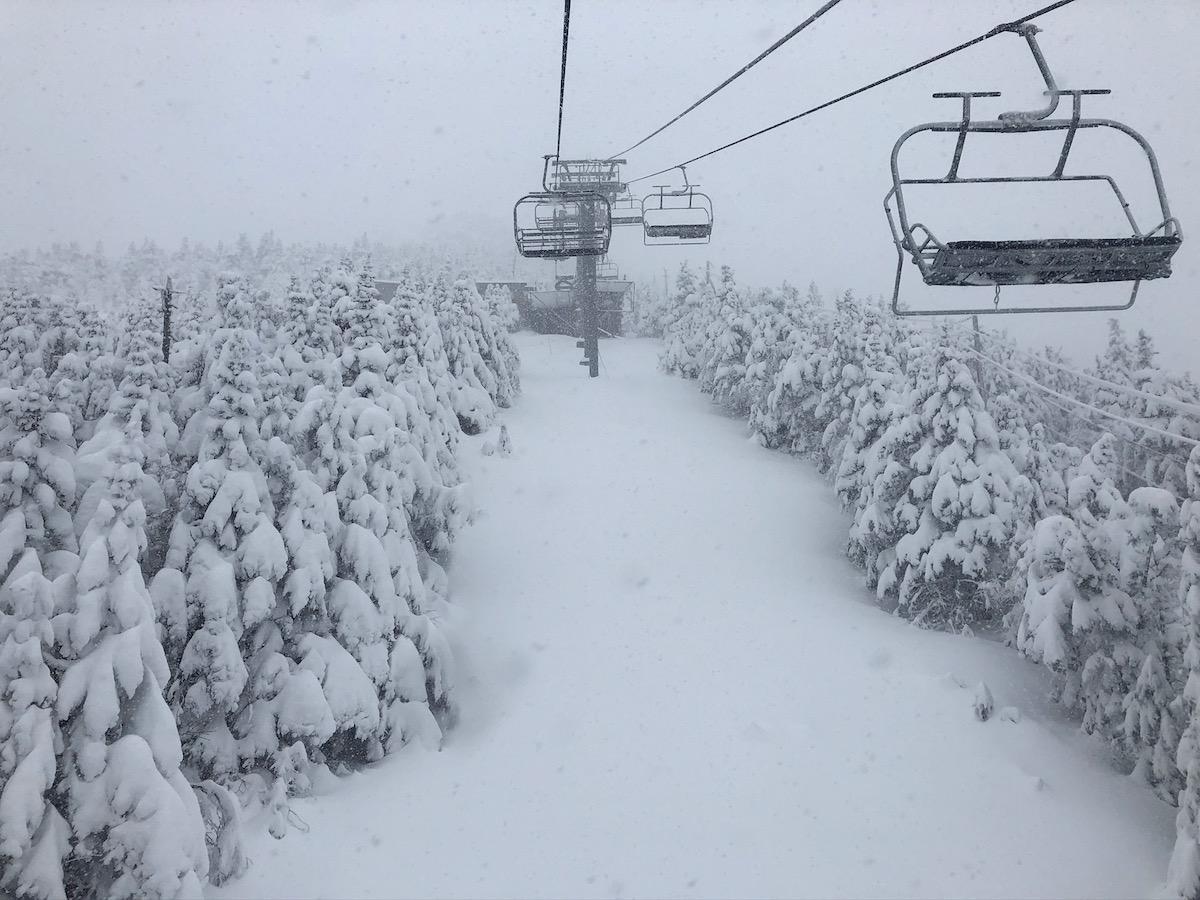 This last storm thankfully crested on a Friday. A rarity, I can assure you as my schedule is always the same and I am always watching the weather in winter. When it appeared, I knew I had to do what it took to get, somewhere. Probably the farther north, the better.

After a lot of talking and texting about Le Massif de Charlevoix and other exotic and distant locales, as the weather pattern firmed up, we settled on Whiteface and Jay. 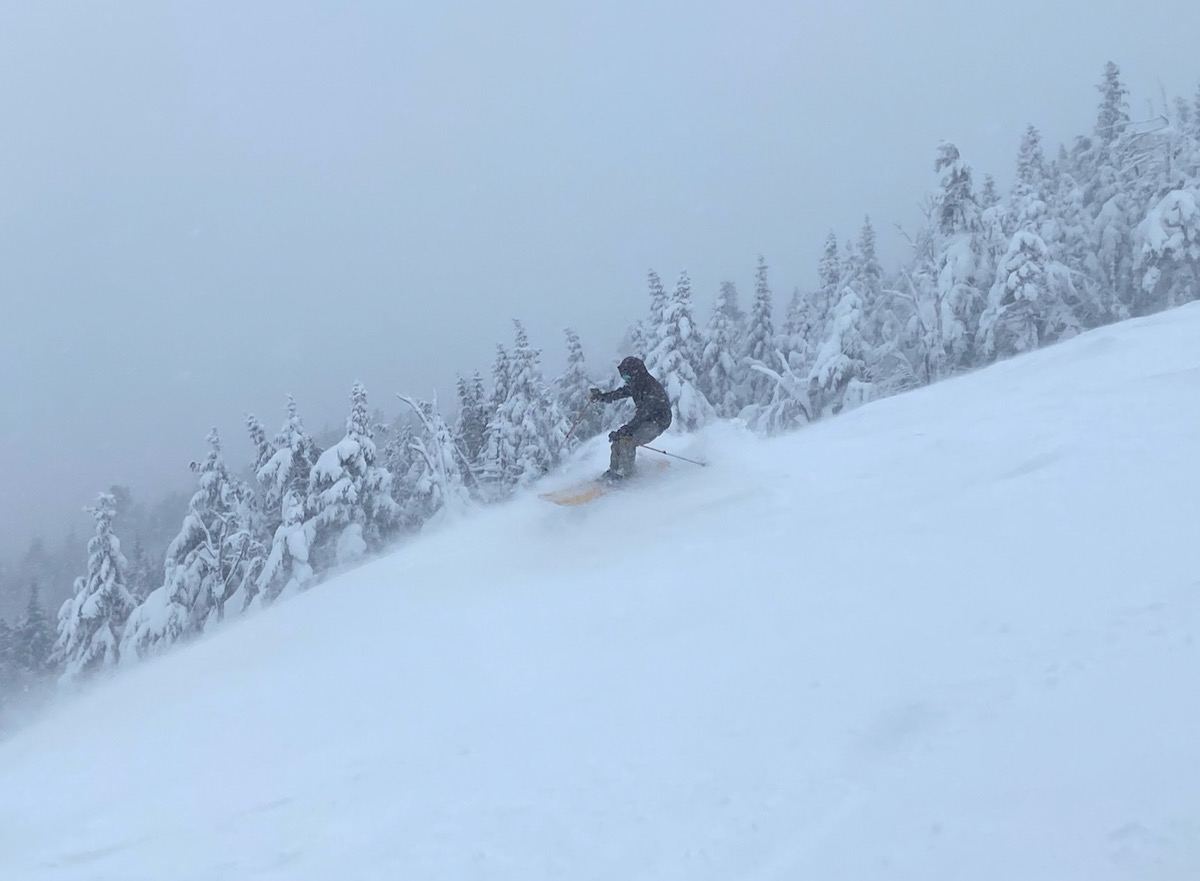 As the forecast storm totals inched higher, there was a buzz of excitement, but also an added layer of complexity to ensure that we could actually get to where we needed to go during a doozy of a storm.

Leaving NYC Thursday afternoon, we headed to Keene Valley in the high peaks of the Adirondacks, driving through freezing rain and sleet. It wasn’t the eight inches of snow we were expecting to see, but it did make the drive easier.

Friday morning, I was woken up by the owner of the bnb breaking ice off the front steps, which did not inspire a lot of confidence. I refused to look at the radar or any Facebook posts about the weather. We were going. 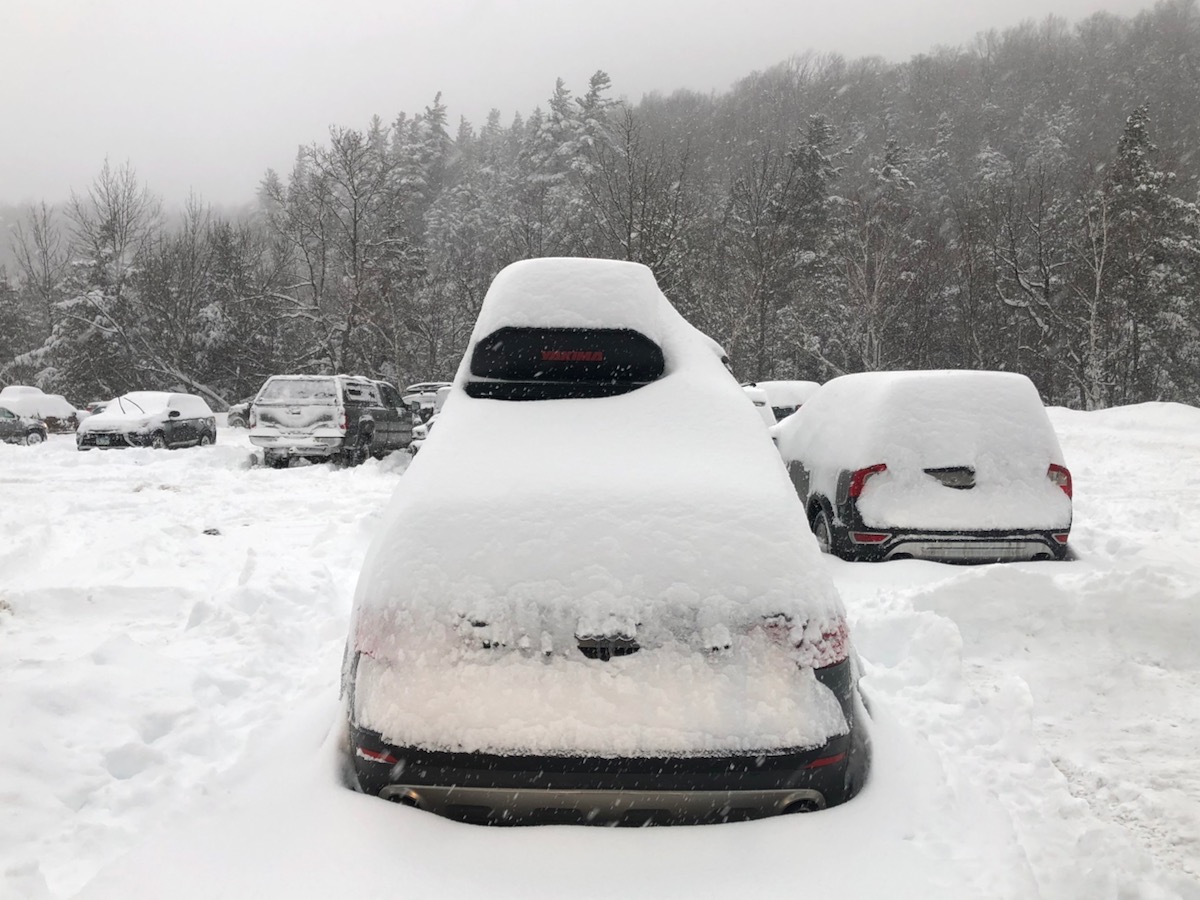 We arrived at Whiteface early, even if there was no advantage in it. It was snowing steadily, but the upper lifts were closed so we started with some runs off Little Whiteface. There were 6 inches of creamy powder that didn’t bond to the hard crust below. True cognitive dissonance in skiing — it looked like a pow day, but it didn’t sound or feel like one when your edges engaged the crust below.

The storm kept producing and eventually there was enough new snow bury the crust. At the same time they opened the summit chair and some additional terrain up high, which made for a really good day overall. The vertical at Whiteface is impressive, with noticeably long descents. 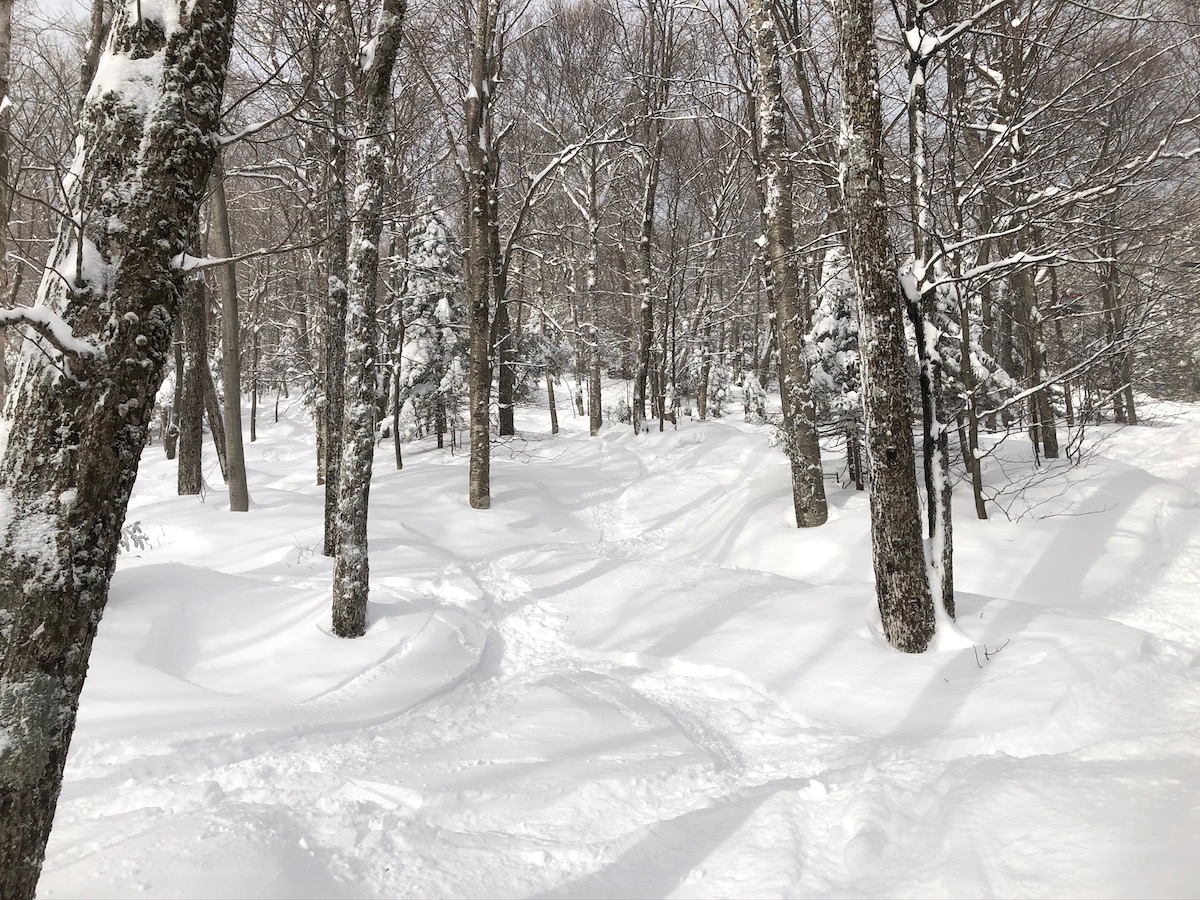 The vertical brought with it howling winds and the temperature was plummeting which made taking picture perilous. We ended the day, got in the car and braced ourselves for what would be a tough drive, moving along with the storm to Jay Peak.

We awoke Saturday to crisp temps and headed to the mountain to find probably the biggest crowd I have ever seen at Jay. The tram and the Flyer were “on hold” so most everyone was pushed over to one side of the mountain making the race for fresh turns more competitive. 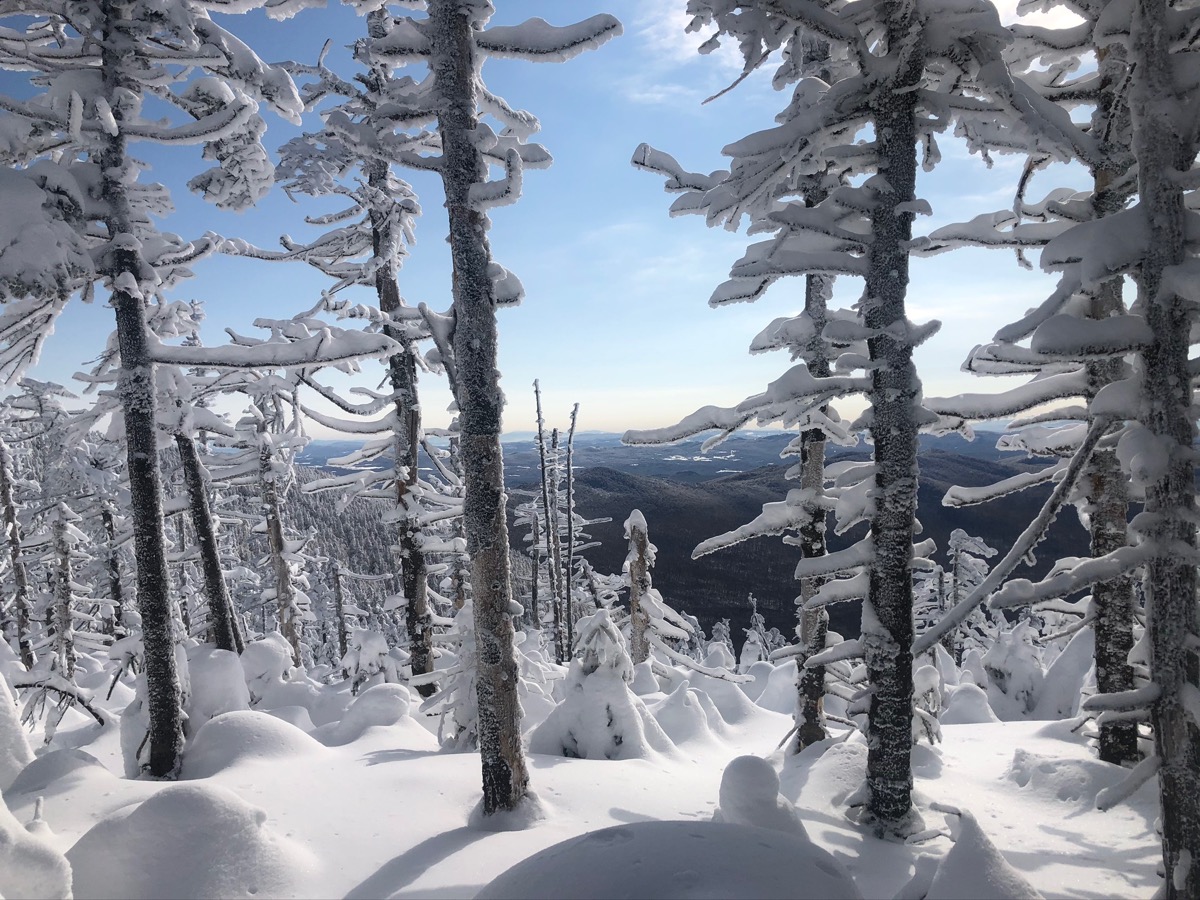 Still, the morning was great, the tree runs were simply stuffed with snow, and really fun. Lift troubles persisted so we eventually started hiking up to drop into the side of the mountain without lift access, meaning it was less tracked out in the afternoon. All in, a great day.

Sunday we decided to tour Big Jay, along the ridge away from the resort and a ski out which lands you three miles down the road. We knew we wouldn’t be first, but it was a good call.

The trip out was full-on winter wonderland; the descent was steep with a few powder turns, and we even got to work on our hitchhiking skills to get back to the resort to retrieve the car.

A recent NYSB story may have said it best — you don’t know until you go.

7 comments on “North and Northeast”