The stats are impressive. Gore is a big, spread out ski area, with the most skiable acreage in New York. Total vertical is 2562 feet but only three of fourteen lifts have a drop of 1500 feet. Pods are spread out and some traversing is required to access all parts of the mountain in a single day. The old joke about Gore contrasts the mountain with it’s sister mountain Whiteface claiming that Gore has the “greatest horizontal in the East.”

Gore offers a real mix of terrain. Rumor and Lies are two of the steepest trails in the state. Runs under lift lines offer some classic fall line skiing. The “Dark Side” is a classic old school pod with short narrow runs and wall to wall tree skiing. The lower mountain is a blue cruisers delight with pods that face East and North. Every pod offers on the map tree skiing.

In the last decade Gore has undergone a massive expansion. In that period the mountain gained access to the Hudson River as a nearly unlimited source of water for snowmaking. Burnt Ridge, originally cherished sidecountry, has been brought onto the map with a modern high-speed quad by Poma. It services two long trails (Echo and Sagamore) plus two of the longest glades in the state – Barkeater and The Cirque.

More recently ORDA the state agency that operates Gore, has entered into a joint agreement with the Town of Johnsburg to bring one of the state’s oldest ski areas the North Creek Ski Bowl — back online. This somewhat controversial move has added even more tree skiing (and traversing) at the lowest elevations of the resort. It also gives sliders a chance to try trails that were cut and designed in the 1930s. This section also offers night skiing on a terrain park served by a 150 vertical feet chairlift.

Gore has easy access from the NYS Northway (I-87). It is about an hour from northern sections of the Albany, NY, region and 3 hours from northern sections of the NYC metro area. Despite this ease of access Gore remains uncrowded. The one lift that occasionally has a line is the Gondola which starts at the main base area. The line rarely exceeds 10 minutes even at high peak times on a holiday weekend. Most other lifts are often ski-on. Seven different areas spread the visitors and keep the main base from getting crowded.

To see our coverage, check out our Gore Blog. 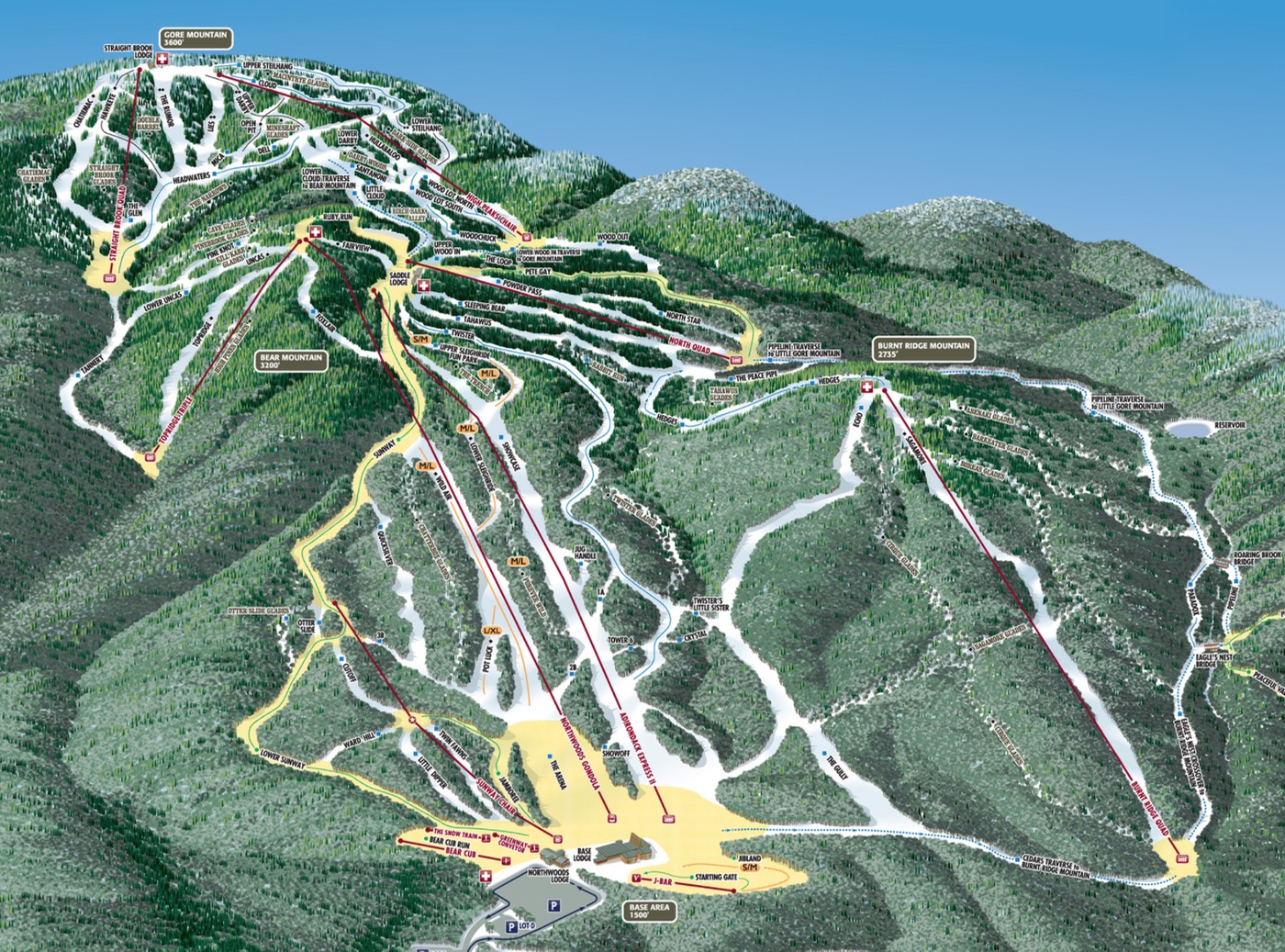