If you’re a New York skier, I don’t need to tell you that winter has been uninspiring so far. In spite of the valiant efforts of snowmakers across the northeast, there is a pitifully small amount of terrain open for us to slide on. We have been reminded once again that weather is destiny for skiers.

To make matters worse, I don’t have a ton of flexibility, schedule wise. Most of the time I can only do day trips and I need to fit them in whenever I have the time to go.

By the end of December I was getting desperate. When a window opened for me and both my boys to go skiing on the last day of the year, there was no question that we would take advantage of it. I researched our Indy Pass options. 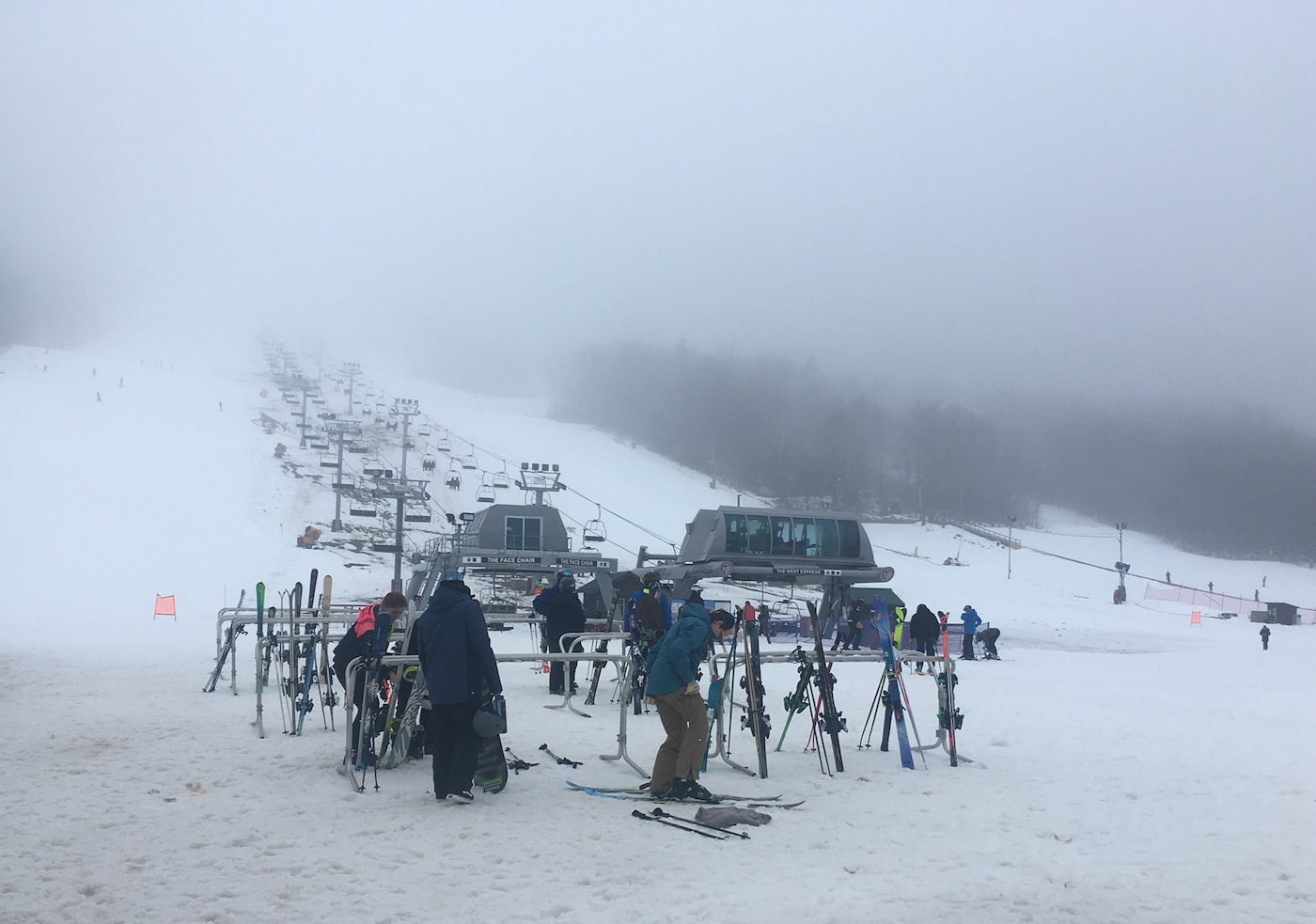 After weighing the pros and cons of different hills and all of the external pulls on our time, I decided West Mountain would be our choice. Danger Boy wanted to be home for an afternoon football game and Junior wanted Ted’s Fish Fry for lunch. We agreed to get up early and leave at lunch time. It would be almost five hours of driving for maybe four hours skiing, but that’s how it goes some times.

The morning went as planned. We pulled into West’s parking lot at nine o’clock. The hill was shrouded in fog; there was no evidence of snow anywhere but on the trails.

The base area was humming with activity. West had two lifts running, both fixed grip triples. One served the beginners’ slope so there was only one way to the top. We booted up in the mud, processed our Indy passes at the outdoor window and hauled our skis to the snow.

The beginner lift had no line so jumped on for our first run. The snow was soft and deep enough that we weren’t seeing any rocks or mud underneath. With the warmup run done, we hopped on the West Express, a triple with a conveyor loader at the bottom. The small line moved quickly; in a few seconds we were in the cloud.

At the top, we broke out of the fog and were treated to a beautiful view of horizon, with just a bit of blue sky between the high cumulus and a thick layer of cottony fog filling the valley below. We had to choose from two ways down. We went with the easier route to start, upper holy mackerel. 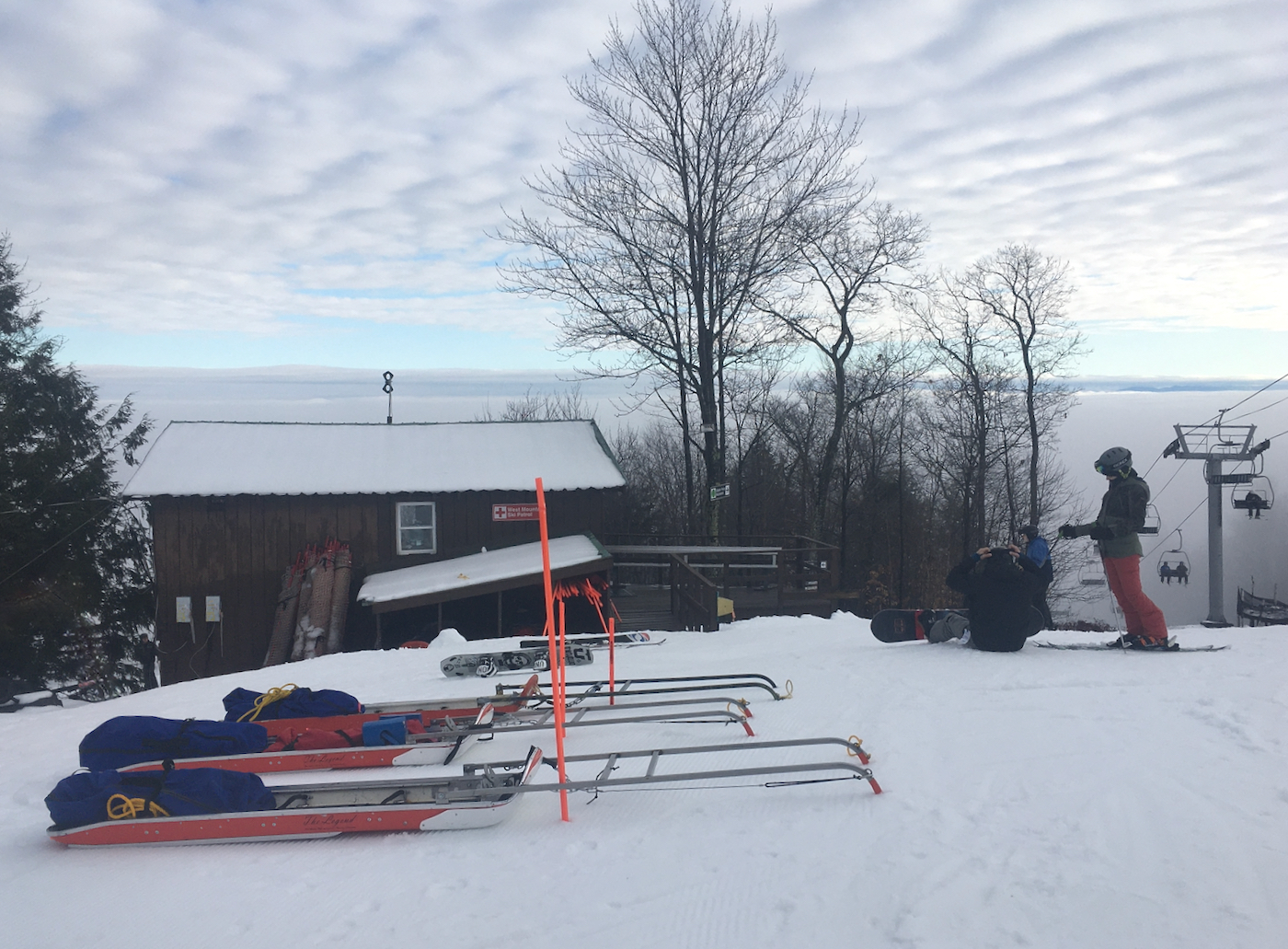 Coverage was wall to wall and deep on the open trails. Except at a few choke points on the switchbacks, there was plenty of room for everybody. We just did our best not to stop in those spots and enjoyed the pliable surface.

By the time we reached the top for our third run, the clouds had engulfed the peak. We turned left to take the black run. I reminded the boys to ski the edge of the trees for better depth perception. 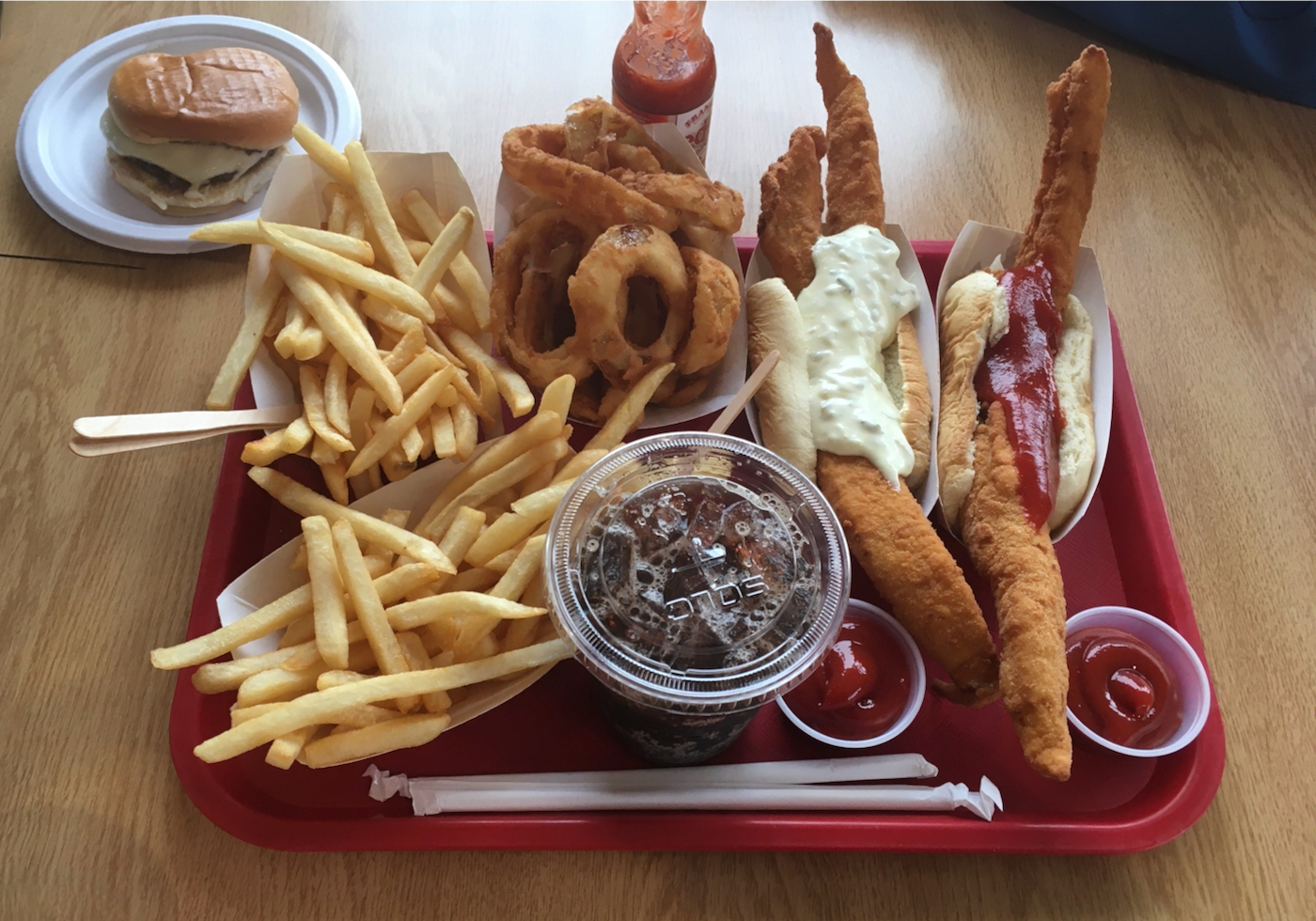 Everybody did great. That’s how the day went. We spent most of our time skiing on the switchbacks with a few steeper runs interspersed for variety.

We stuck to our schedule and, after hitting the Clifton Park Ted’s Fish Fry for a late lunch, we made our way south in time for the football game. West Mountain has done a good job of salvaging a hard weather situation, they deserve credit. I was just grateful to be skiing. Like I said before, I was desperate.

9 comments on “West Mountain: Wing It and Ring It”