Recently on reddit I saw a comment calling NYSkiBlog the hot toddy of Northeast ski journalism, I guess we are warm and fuzzy. I took it as a compliment. It’s true, I’m generally pretty positive about my riding experience. This year it hasn’t been hard; I’ve had four solid powder days already. 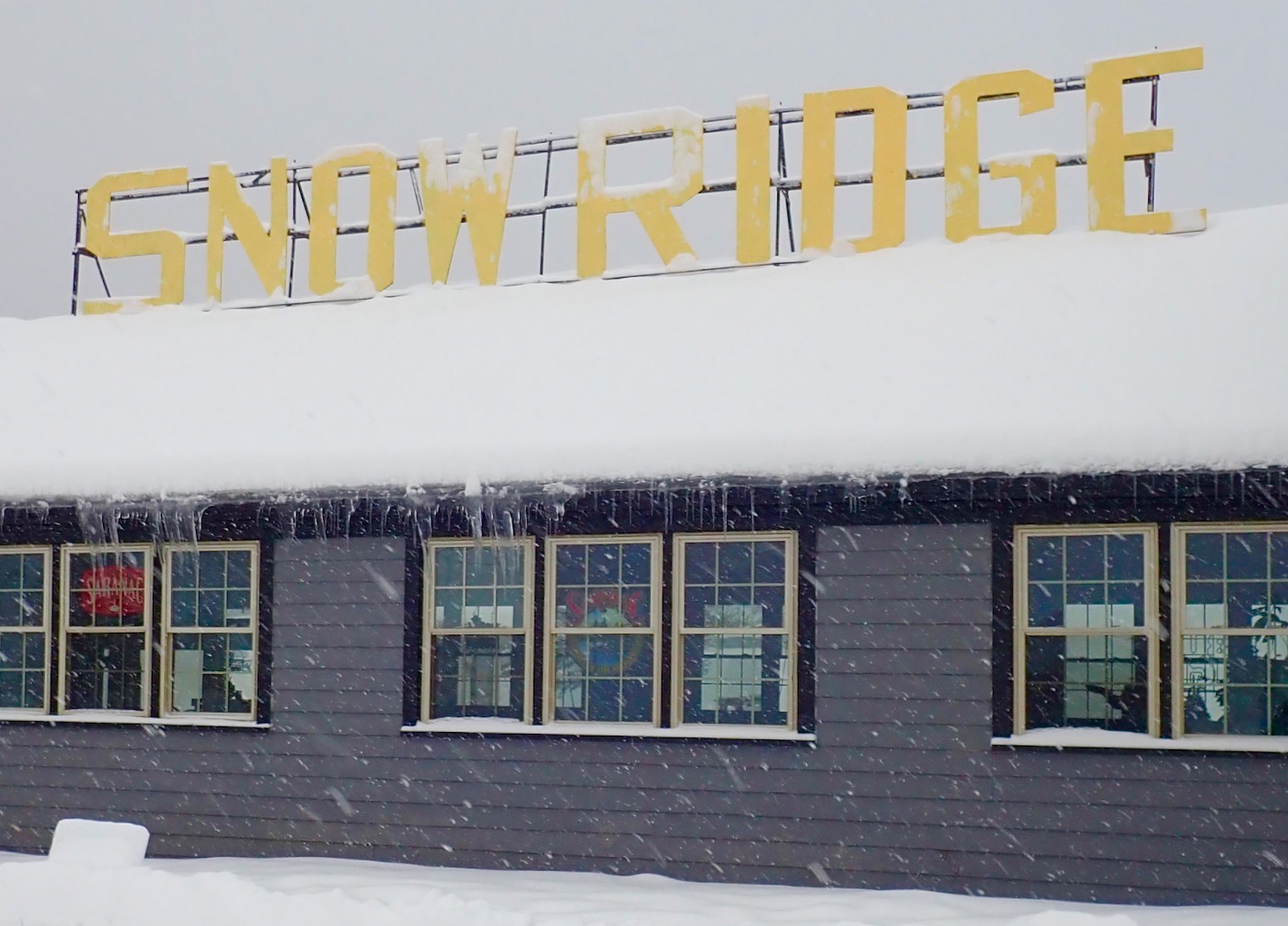 In a year where nothing is normal, for me riding is the place to find normalcy. The vertical doesn’t really matter, for that length of time it takes me to get down the hill, I forget about everything. Each resort is working to find normalcy as well.

After a summer of fundraising for a new patio and jumping on the Indy Pass, Snow Ridge has had a quiet start to the season. It was only a matter of time before the wind started blowing off Lake Ontario, and the Ridge regained epic status. 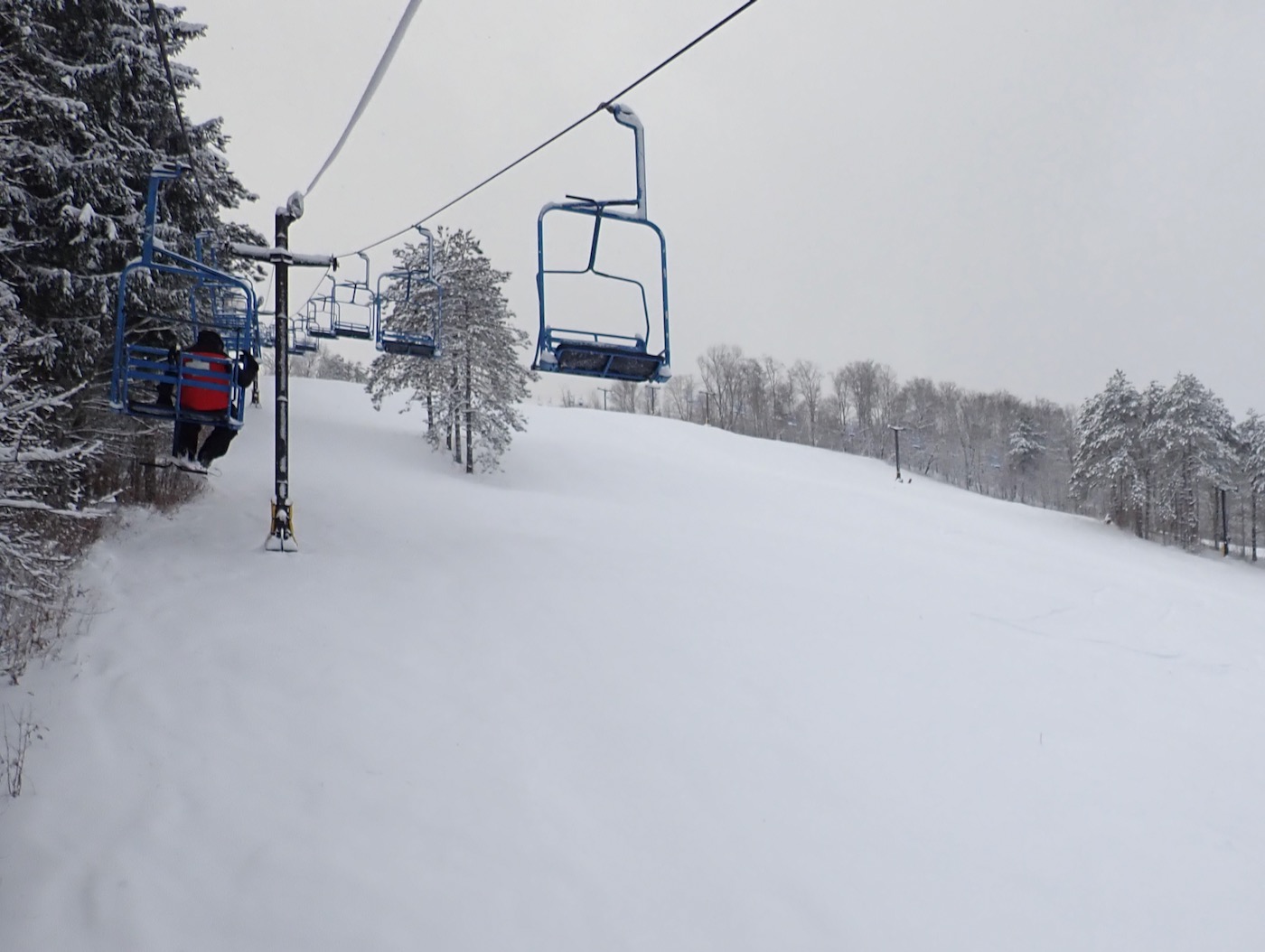 Still riding the high from a Bills win over the Ravens, we loaded up the car and were headed to the Tug Hill by 7am. Alex and Evan wanted the first chair and I didn’t blame them, a foot of snow had fallen and more was expected throughout the day. We arrived before the parking lot was even plowed and took our time stretching and gearing up.

Soon enough we were headed up behind patrol. Below us was a field of untouched powder with one cat track down the middle. I wasn’t sure what to expect of the snow and the conditions underneath. When the storm started it was wet and heavy, but over night it had gotten colder. 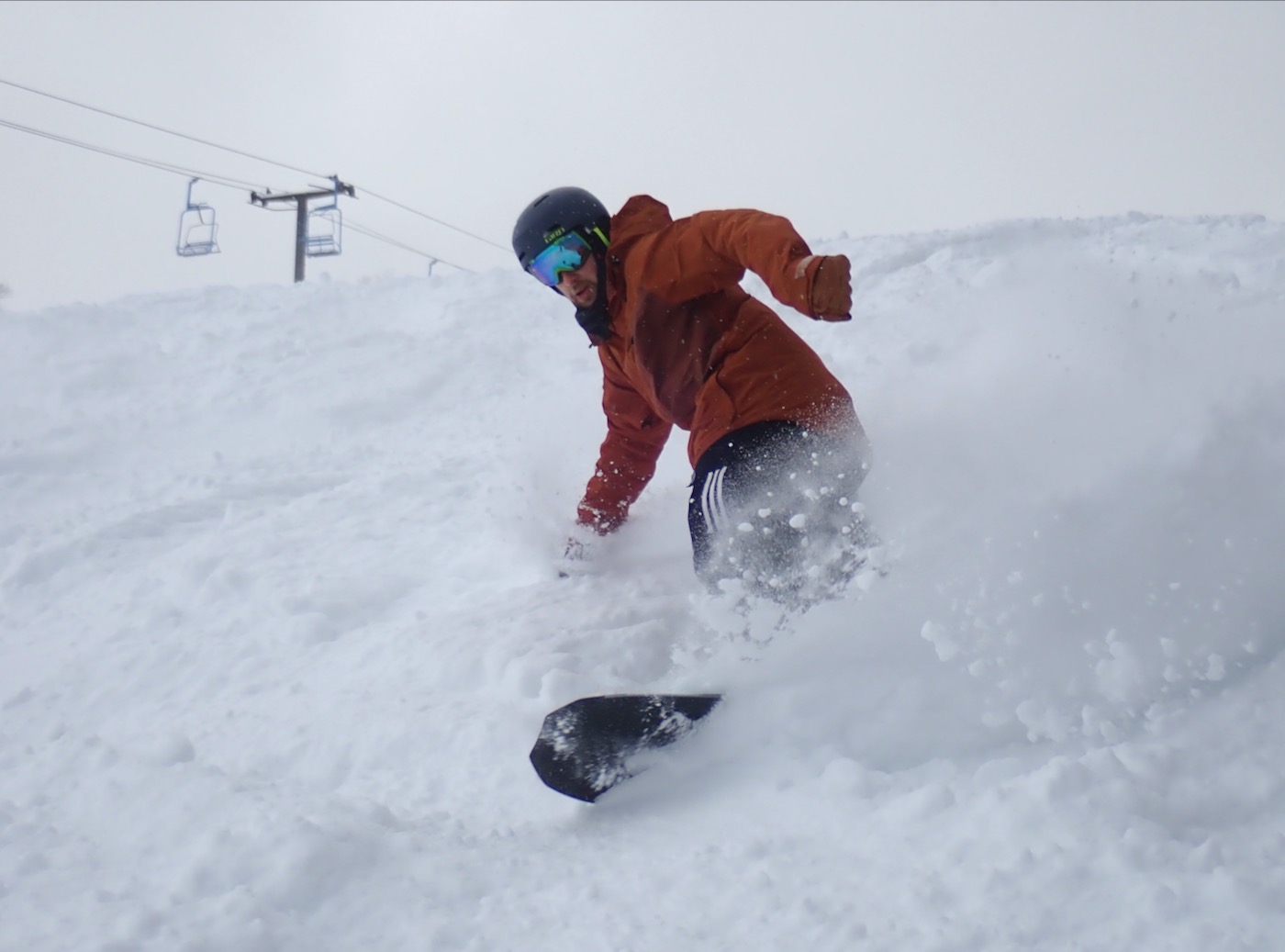 It turns out the conditions were perfect, it was a ski anywhere kind of day. It wasn’t blower snow but still made for effortless face shots. It was all smiles.

We rode all the open terrain under the Ridge Runner chair until it started getting chewed up and then moved further North into the trees. The Silver Glades and Sugar Bush Glades had the goods and we popped in and out of the trees slashing at the stashes. 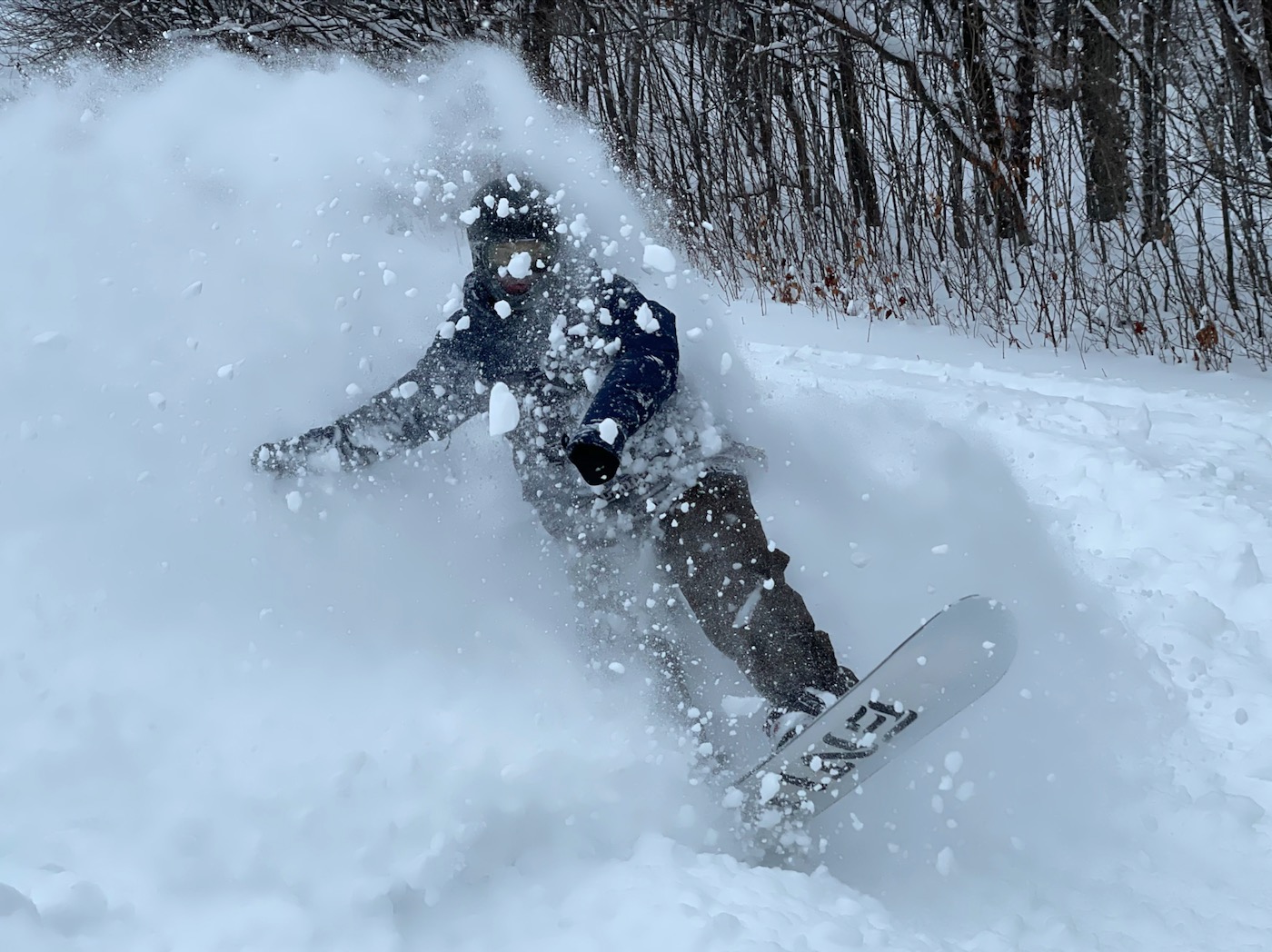 We were told by the lifties that the North Chair and Snow Pocket T Bar would not be running Sunday but would be on MLK Monday. I’m jealous of anyone who had Monday off. Still, there was lots of terrain available. We ventured as far North as Cruikshanks wanting to avoid the hike out.

After quite a few runs we made a plan to get lunch and that’s when I realized I lost my camera. I was sad, the camera isn’t anything special, but the photos from the day were special,to me. 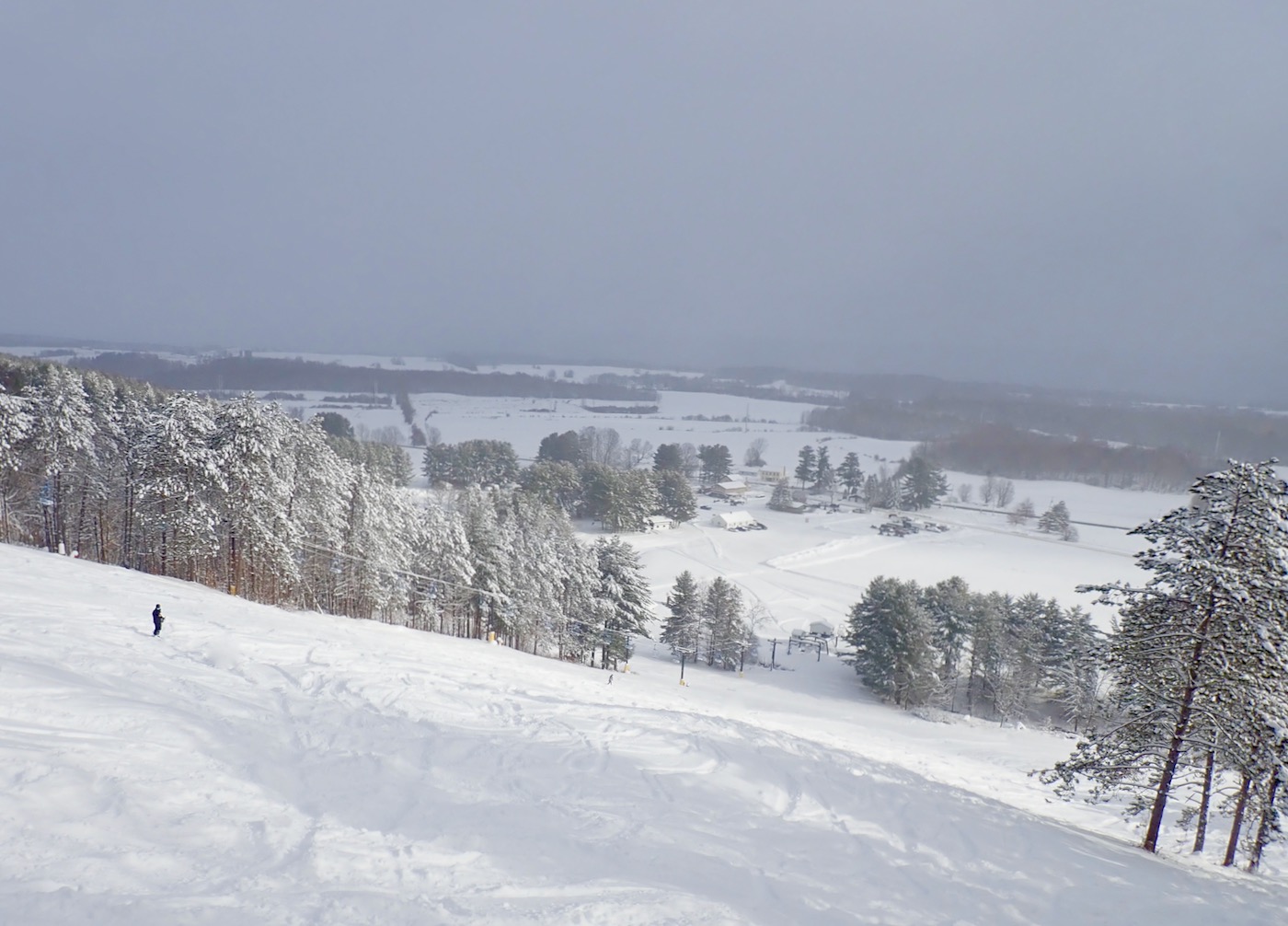 I’m starting to think the phrase “No friends on a powder day” originated from a jaded west coast skier. I had the whole mountain looking for the camera, offering free beer to anyone who delivered the goods. All day people asked me if I had found it yet or where I was when I lost it.

I retraced all my steps and as the day ended I was convinced it was gone until spring. Our final run of the day was down the south slope. As we took our boards off and admired our handy work on the mountain, I heard “I have your camera!” I was ecstatic. 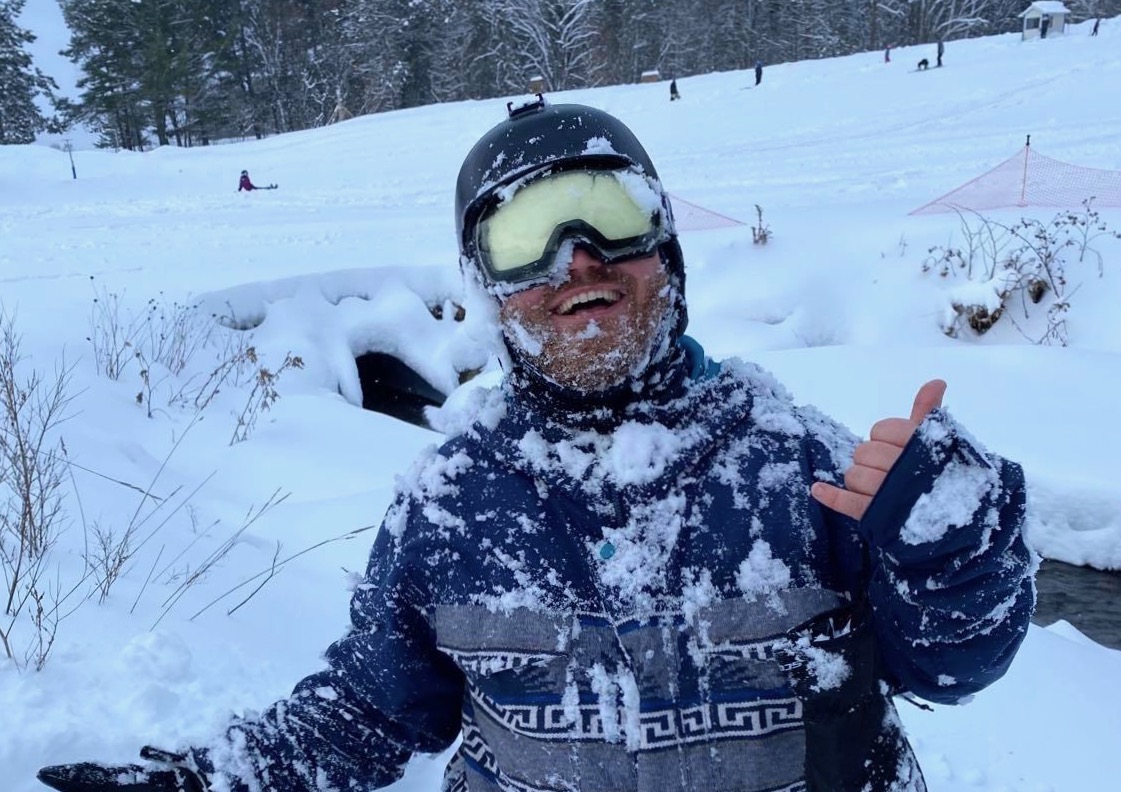 A snowboard instructor had been given the camera by a stranger who saw him in the pictures. This called for a victory lap. We let it all hang out on one last glorious rip down the mountain! Whoever found the camera, thank you. I’ll promise pay it forward on the next powder day.