After the snow gods delivered a solitary week of winter across the northeast, a cruel blow was served: the winter hating heat wave. In mid-March temperatures soared to mid-summer levels reaching in the 70s and 80s for nearly two weeks.

Already limited snowpacks began to vaporize and mountains across the state scrambled to figure out how they could cram in the normally extended party that constitutes the spring farewell to the lift-served season. 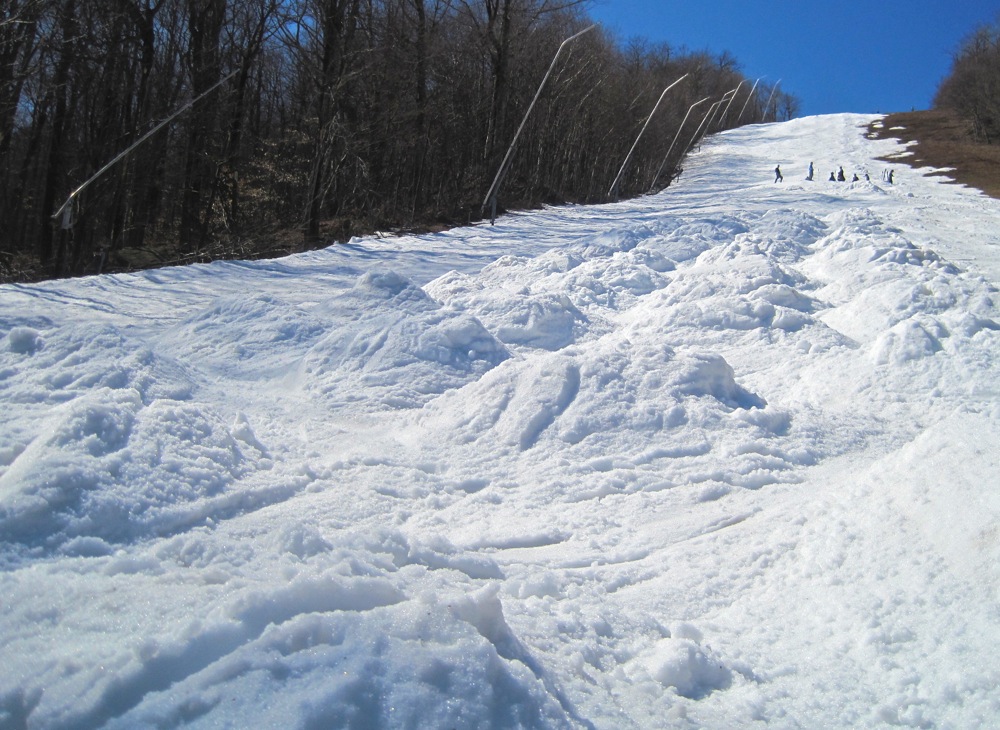 The jump from winter to summer coincided with St Patrick’s Day and many mountains scraped together whatever snow they could find and scheduled parties for the weekend of March 19, 2012.  Plattekill unveiled an new annual event — a mogul competition — to take place at midday on St. Plattekill’s Day. 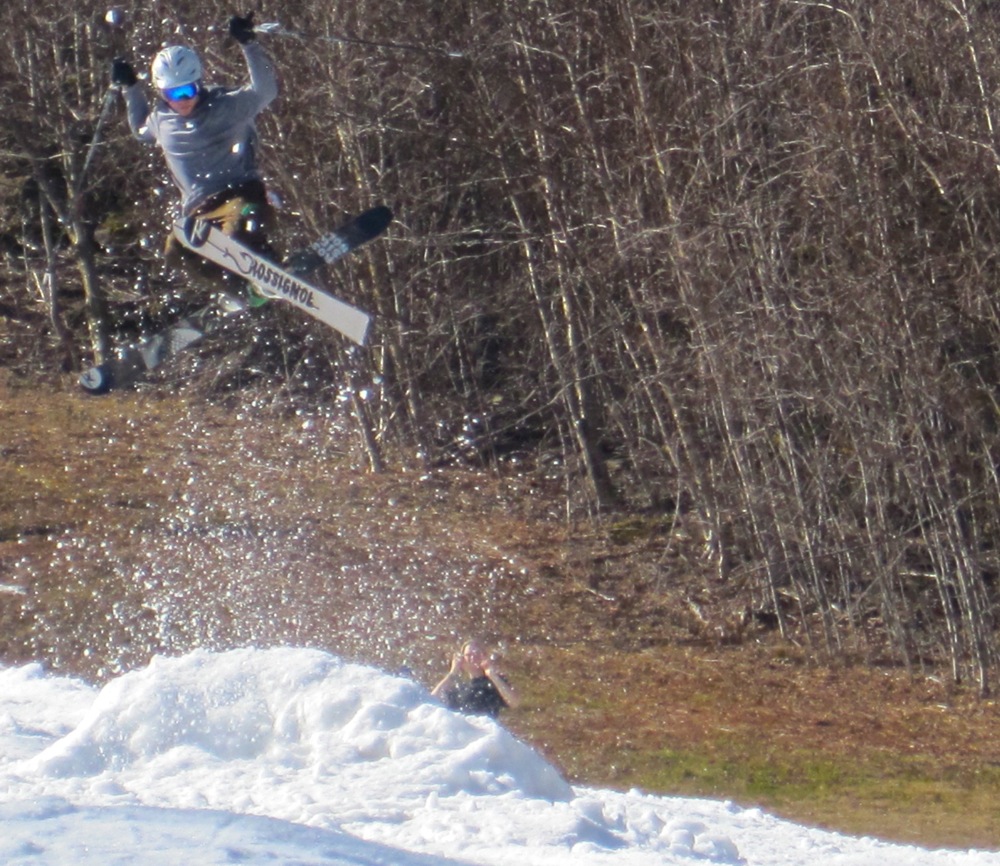 “A significant number of New York mountains shut it down for the season this weekend. The passholders I spoke with seemed OK with the decision to finally succumb to one of the toughest seasons in recent memory. At Plattekill, the St. Platty’s Day party and first annual Bumpin’ Blockbuster Mogul Competition were an upbeat, fun way to cap it off.”