I love New York. I love the ski history, the vast wilderness and the assortment of old-school ski hills. I also dig the proximity to Vermont and all that Green Mountain snow. 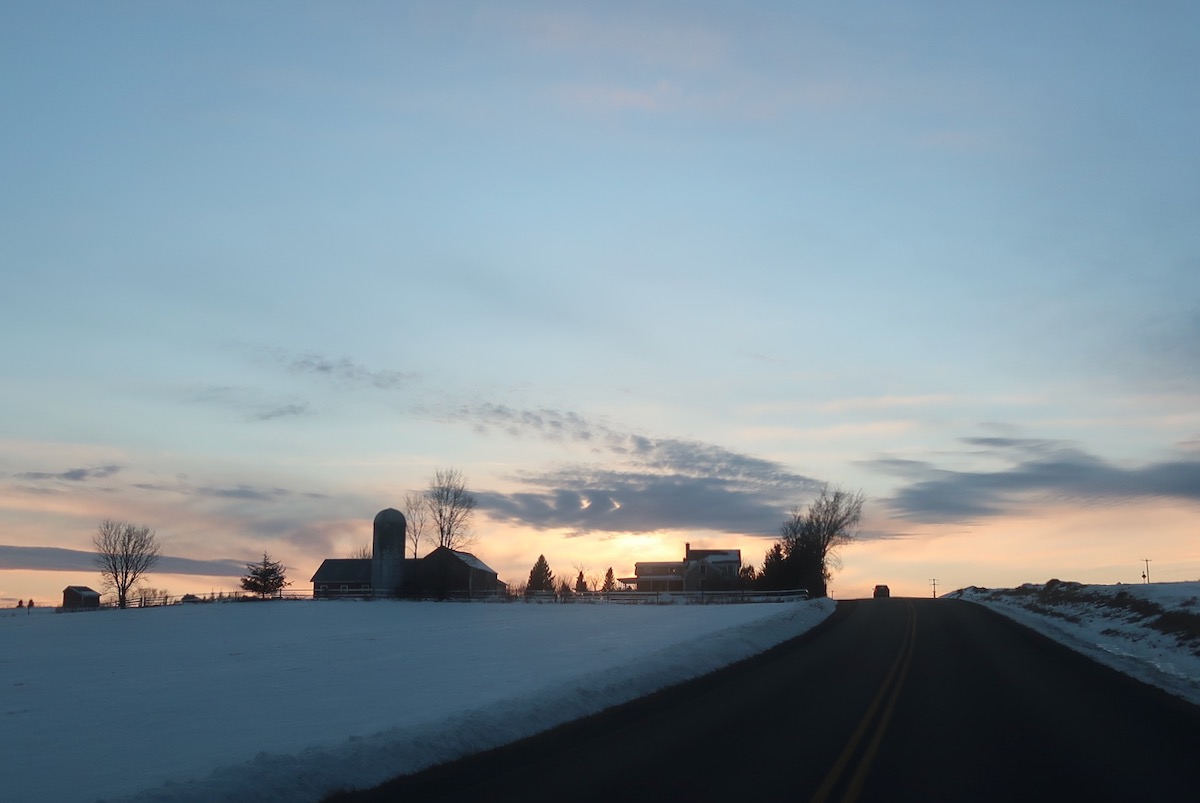 Northern Vermont is something else. The East is challenging for skiers, as conditions can quickly go from pow to crunch.  But NoVT often escapes this fate, and even when it’s afflicted, it recovers more quickly than any other other part of the northeast.

Then there is Smugglers Notch.  For me the place has everything: old school vibe, Hall lifts, excellent tree skiing and 300 inches of snow. I haven’t been to every ski area north of I-89, but of those I have skied, I really dig Smuggs. 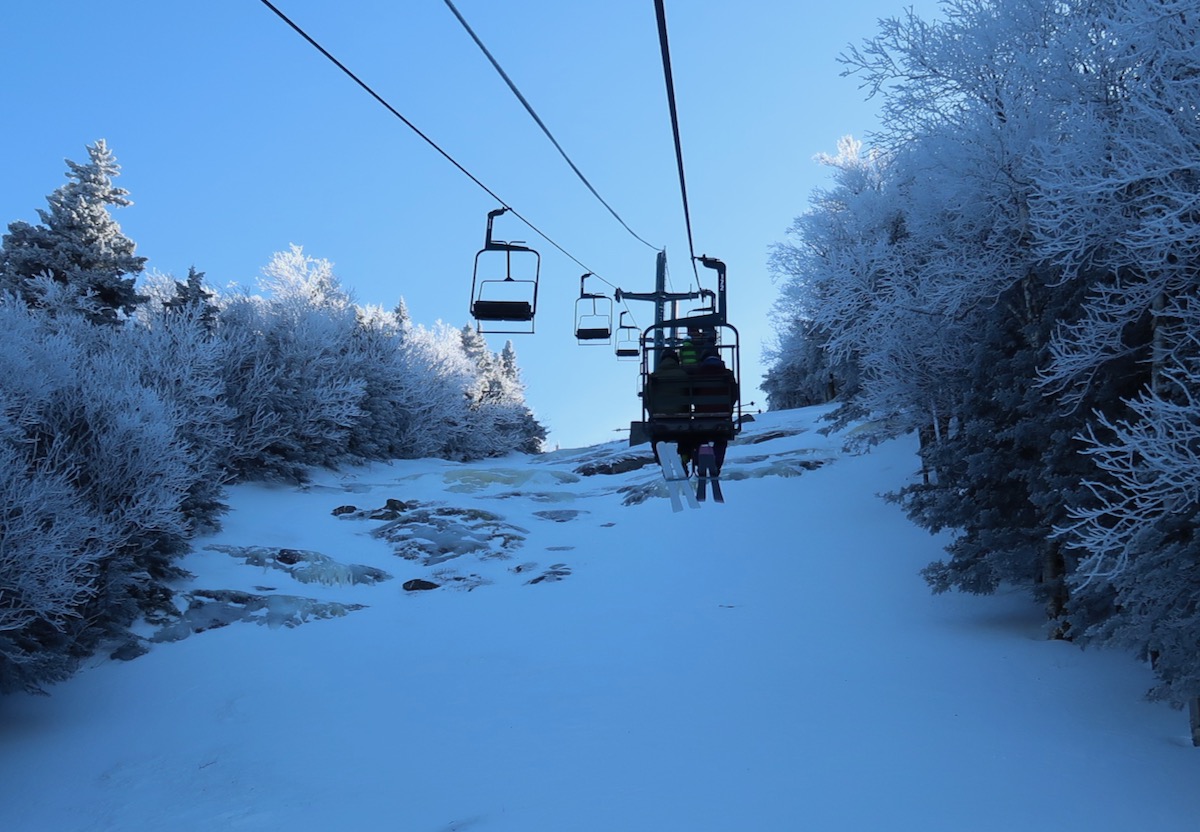 Each season one of my goals is to get to Northern Vermont, at least once. It’s a haul for me, nearly 7 hours from our home in the flatlands. Invariably I find myself looking for a way to spend a night at our cabin in the southern Adirondacks to break up the drive. I need a long weekend to do it.

This year, on President’s Weekend, my girls had planned a trip to Orlando. Florida. Ugh. A combination of gymnastics and Disney, heaven for them, and torture for me, in the middle of ski season. My wife, angel that she is, saw that wistful look in my eye, and recommended that I go skiing instead. 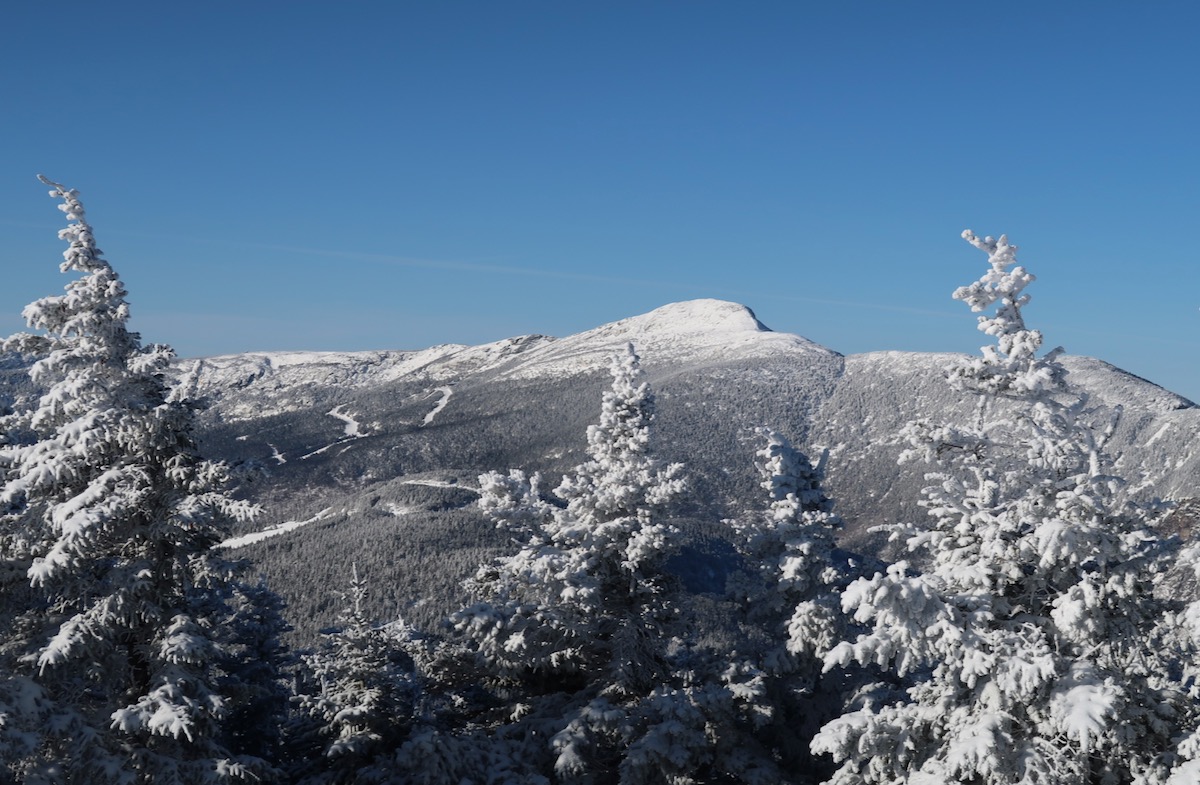 These days when I ski, and especially when I ski a hill I don’t know, I seek out partners who know the terrain and are willing to share.  The Smuggs regular I know best is Vin Faraci, the craftsman who built my custom skis.

I targeted Sunday as the day to make the trek from North River. I spoke to Vin; he was already planning to ski. Our plan was to meet in Lot 1 at 8am. As it worked out, the GPS fooled me and I was 20 or 30 minutes late. I ended up following Vin into the lot. We booted up there, grabbed my ticket and headed for the M1. 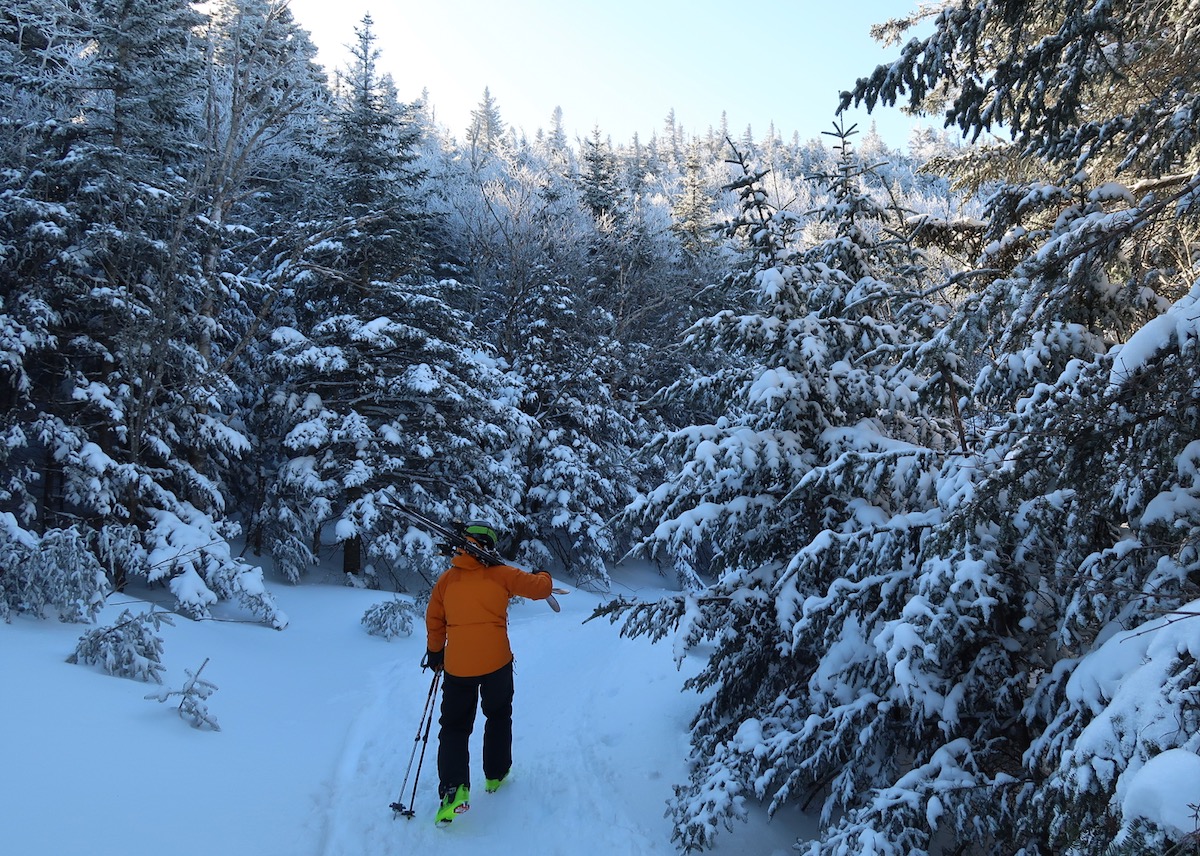 It was really cold, maybe 10 below zero.  Vin asked if I wanted to hike. It sounded like a good way to warm up, but I admit I was a bit intimidated and asked to start inbounds. It hard to pass up the combo of tip rocker and steep groomed terrain. Thirty minutes after first chair, we were getting fresh, ice-cold cord on FIS.

On our second lap we headed out for a Notch hike. Vin strolled casually along, I put my head down and cranked it out. Along the way we saw several options for dropping in, but Vin want to go farther out, and I did not object. 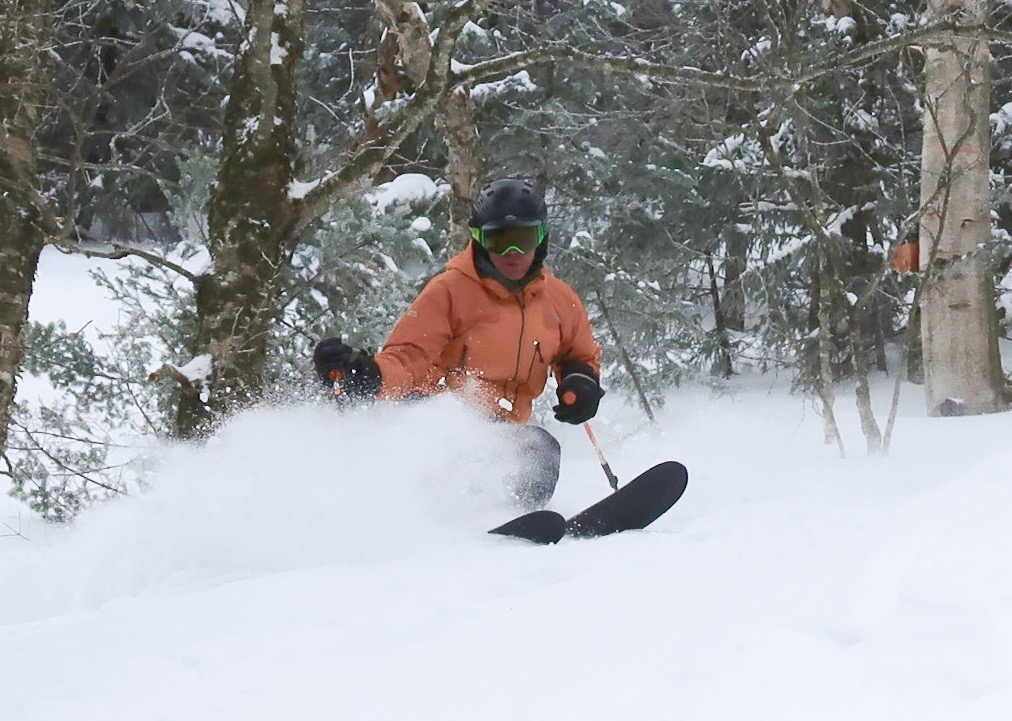 Vin found a line he wanted to ski and down we went. From the top of Smuggs the first 800 or 1000 feet is incredibly steep. I felt challenged beyond my limits. More than once I set it down as it seemed the safest option. Vin skied smooth as ever, always pulling up just before he went out of sight.

Four days after a 10 inch dump and 2 days after a few inches more, we were finding a lot of fresh snow. On all our runs in the trees, as we got farther down and the pitch mellowed, I got more comfortable, and was better able to link turns. 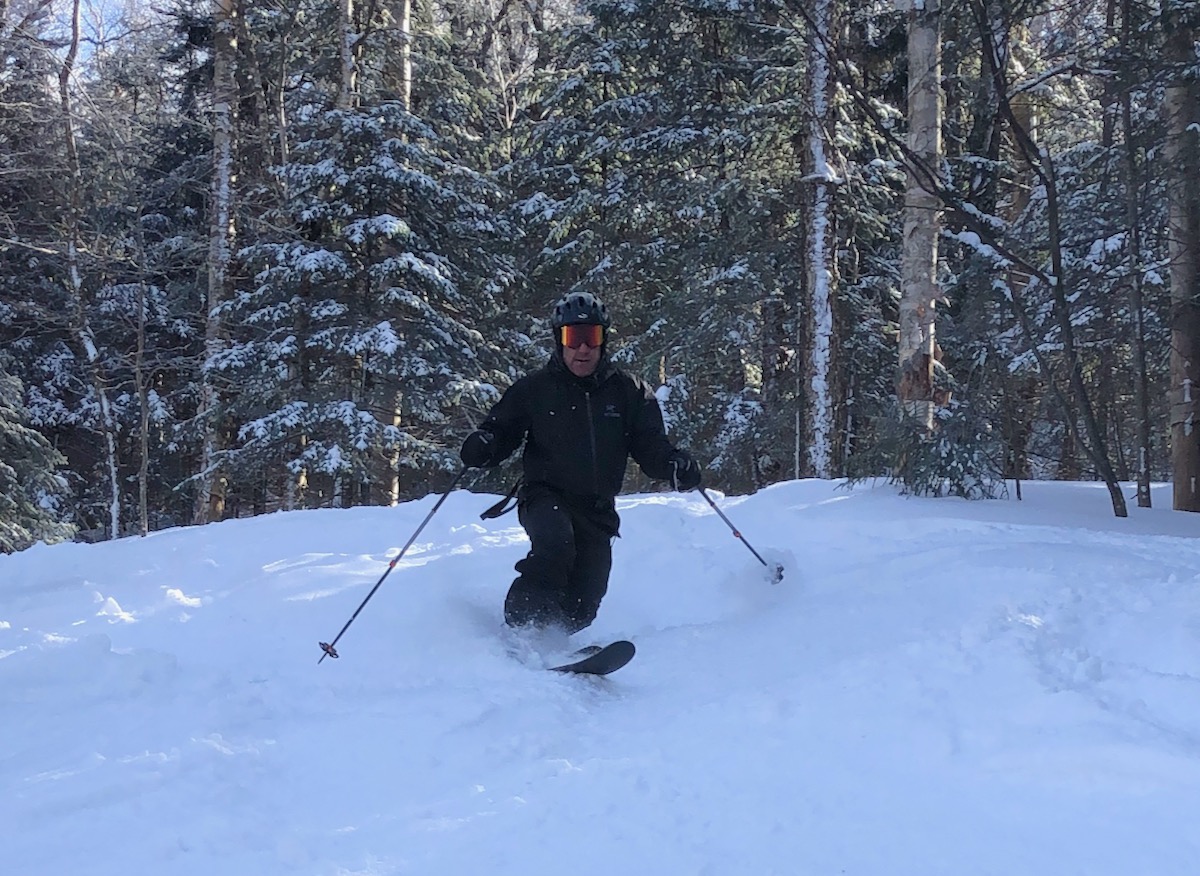 At my request, we spent rest of the morning looking for lower angle trees inbounds off the M2 lift. We took a long break for lunch and came back out in the afternoon to ski more trees. We did another Notch hike and then finished up with one final groomer run as the lifts were shutting down.

When conditions are good, President’s Sunday is one of the busiest days of the year, and Smuggs lifties were filling every chair with two. Like other mountains I love, even when lifts are at capacity, the trails were uncrowded and the groomed terrain held up well all day long. 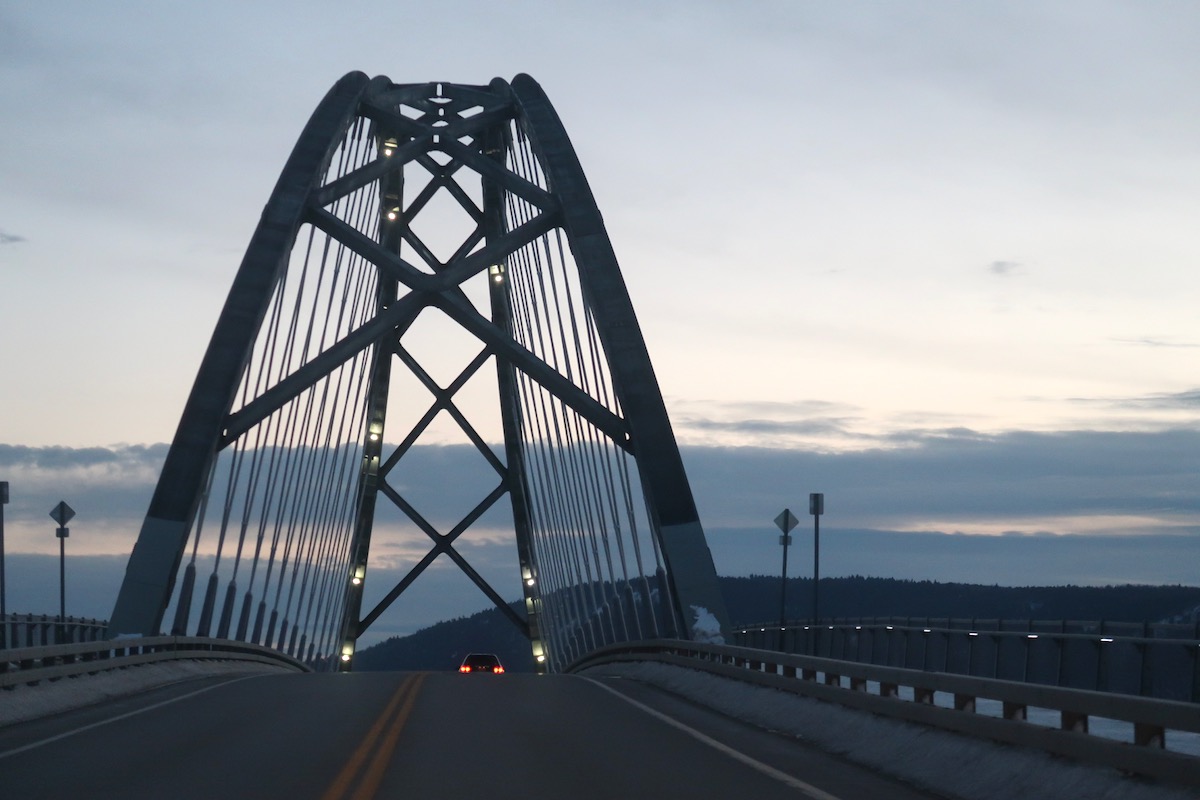 Vin and I took time on one of our lift rides to work out the details of a soon-to-be-announced initiative between NYSkiBlog and Whiteroom Skis, stay tuned for that. I had a long drive back to the Adirondacks, so we said our goodbyes in Lot 1, and I headed east towards the Champlain Bridge, in the waning light.

What stuck with me was the increasingly unique nature of Smugglers Notch in this era of consolidation. Smuggs remains independent, a simple and beautiful ski area with the natural advantages of great snowfall and terrain.

Will it be enough for the mountain to retain its independence and culture? Time will tell. For now, all I can do is ski it every chance I get.

12 comments on “Return to Smugglers Notch”