There might be something in the water over in Lake Pleasant, NY. At Oak Mountain, overlooking the lake, it seems everyone is smiling and kids are laughing. 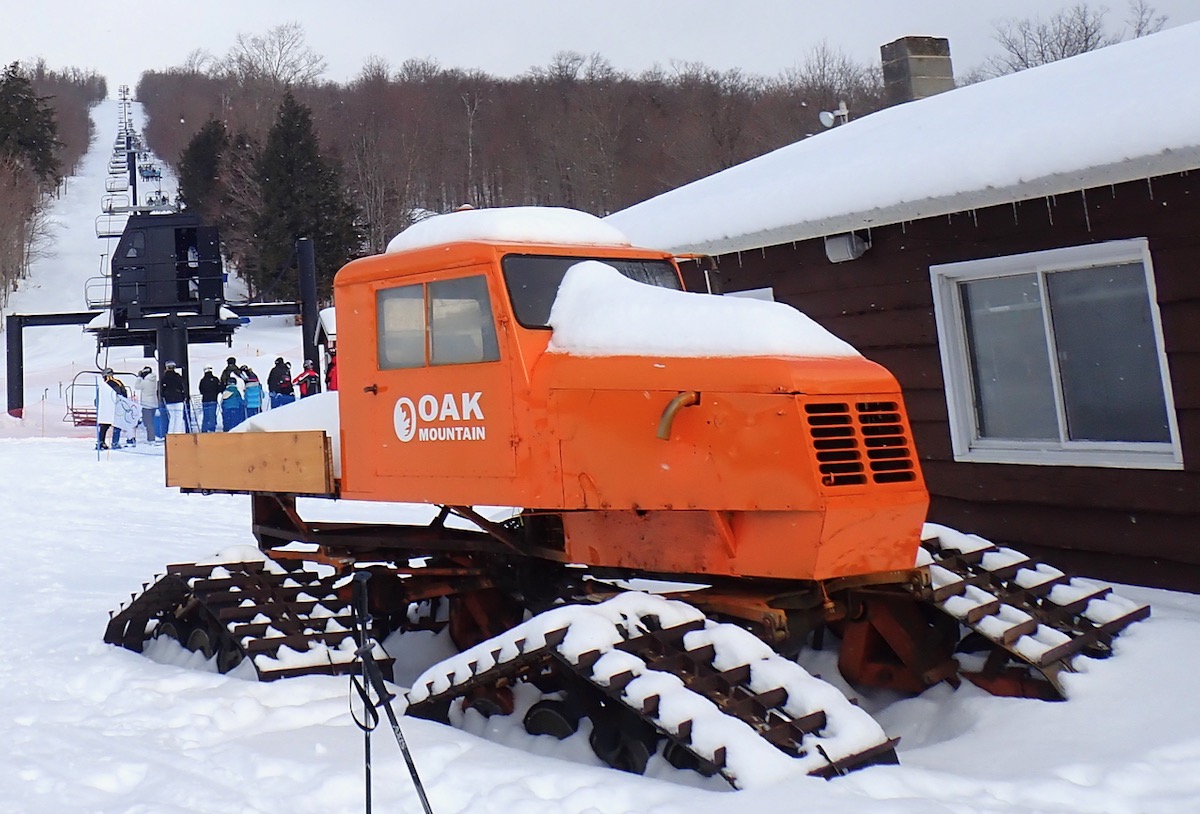 Oak was off my radar — until this year — when I started to hear good things. They had more than a foot of snow during the week, and a lot of it remaining untouched. My friend Alex the Skier said he wanted to try something new. With 2-for-1 tickets from Warren Miller, we headed up Saturday morning.

We arrived around 9am. The first thing I noticed were out of state plates, from New Jersey, Connecticut and Massachusetts. Oak’s snow quality and uncrowded slopes attract locals and tourists alike. 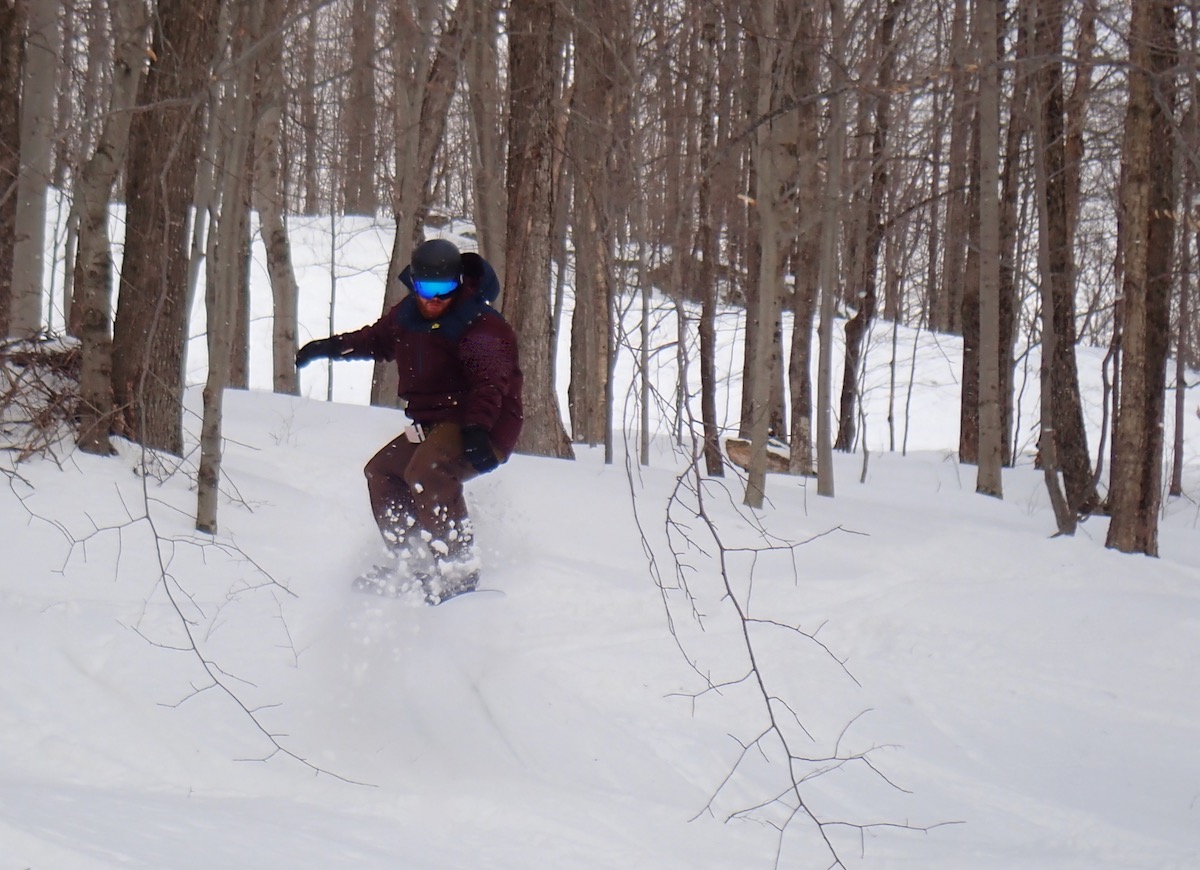 There were plenty of cars in the lot, but still we walked on to the lift. The sun occasionally peeked through the clouds casting light on corduroy on Ryan’s Run and untracked snow in the TNT glades. Like many ski areas Saturday was the busiest day of the year. At Oak that translates into a two-minute wait for a lift.

Ryan’s was too good to pass up. We dropped in, and halfway down we were drawn to the trees on skiers left. The untouched snow in the glades was alluring, and I took a shallow line through TNT to check it out. 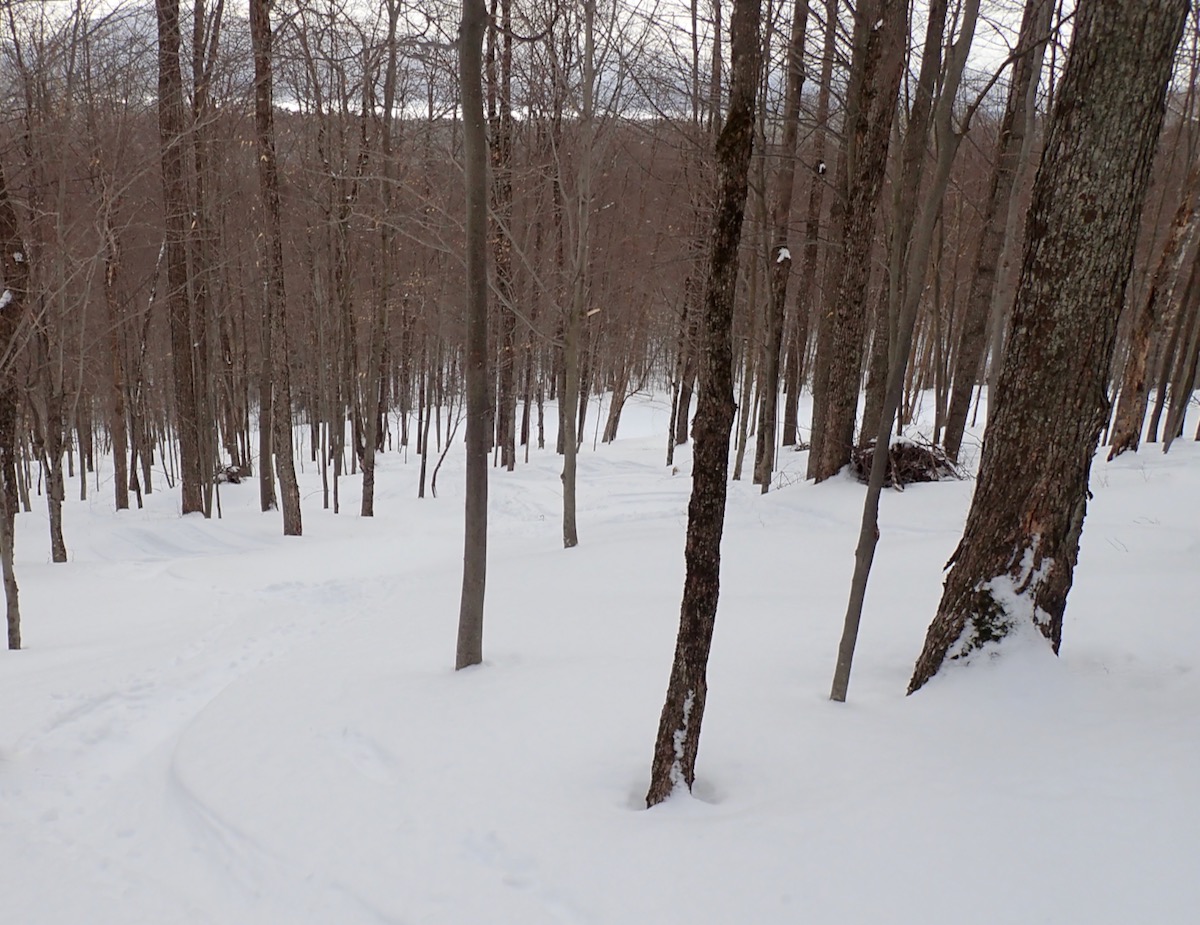 There had been a light rain on Friday, leaving a thin crusty layer on top. I broke through and found soft snow below. We warmed up on some groomers to allow the sun do a little work.

The front side of Oak Mountain has some great cruisers which I named the Front 3. Sacandaga, Ryan’s Run and Kunjamuck were perfectly groomed and were favorite runs of the day. Ryan’s Run is the steepest and straightest of the three, with a steep headwall and lots of fun side hits. 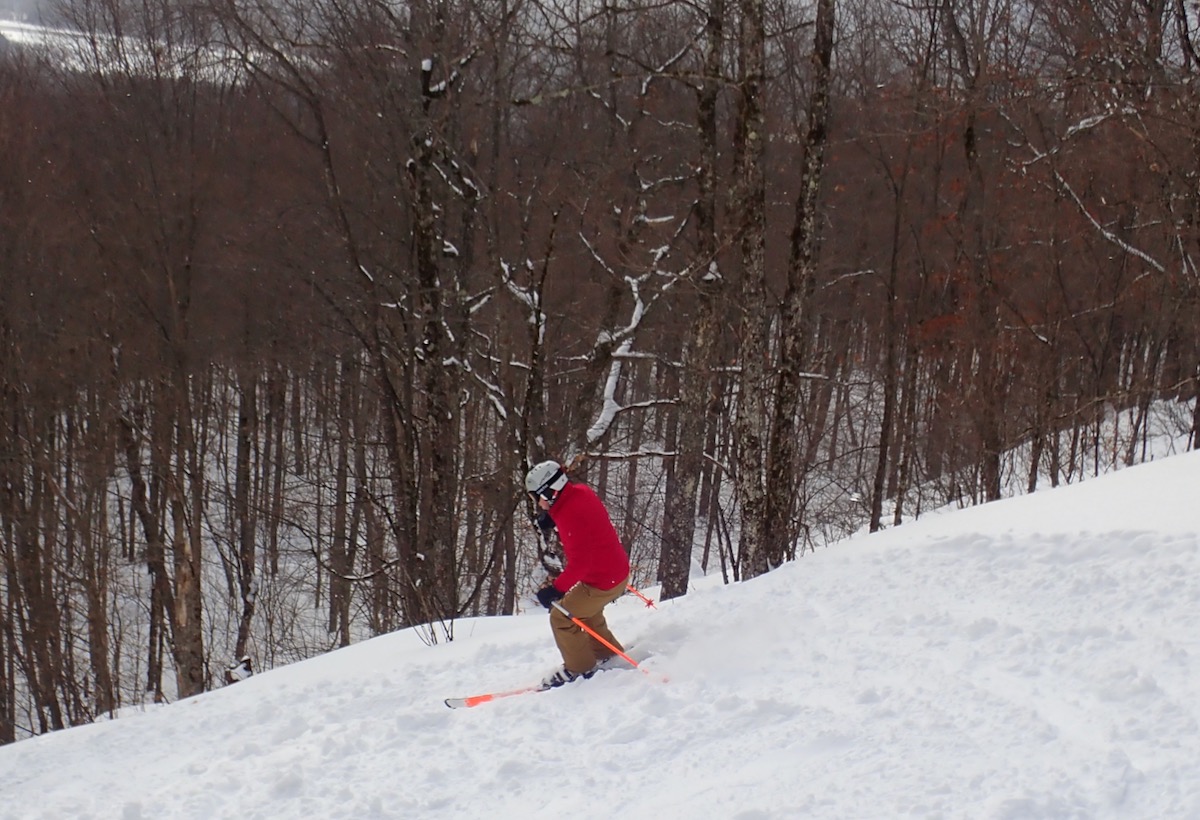 Parts of many trails were ungroomed on Friday, and then groomed the rest of the way out Saturday.

With some help from the sun, it was time to get serious. We headed straight to Skidway, which had been opened that morning. The ungroomed black offered fresh snow and fun contours, just make sure to get some speed for the flat runout on Nova. 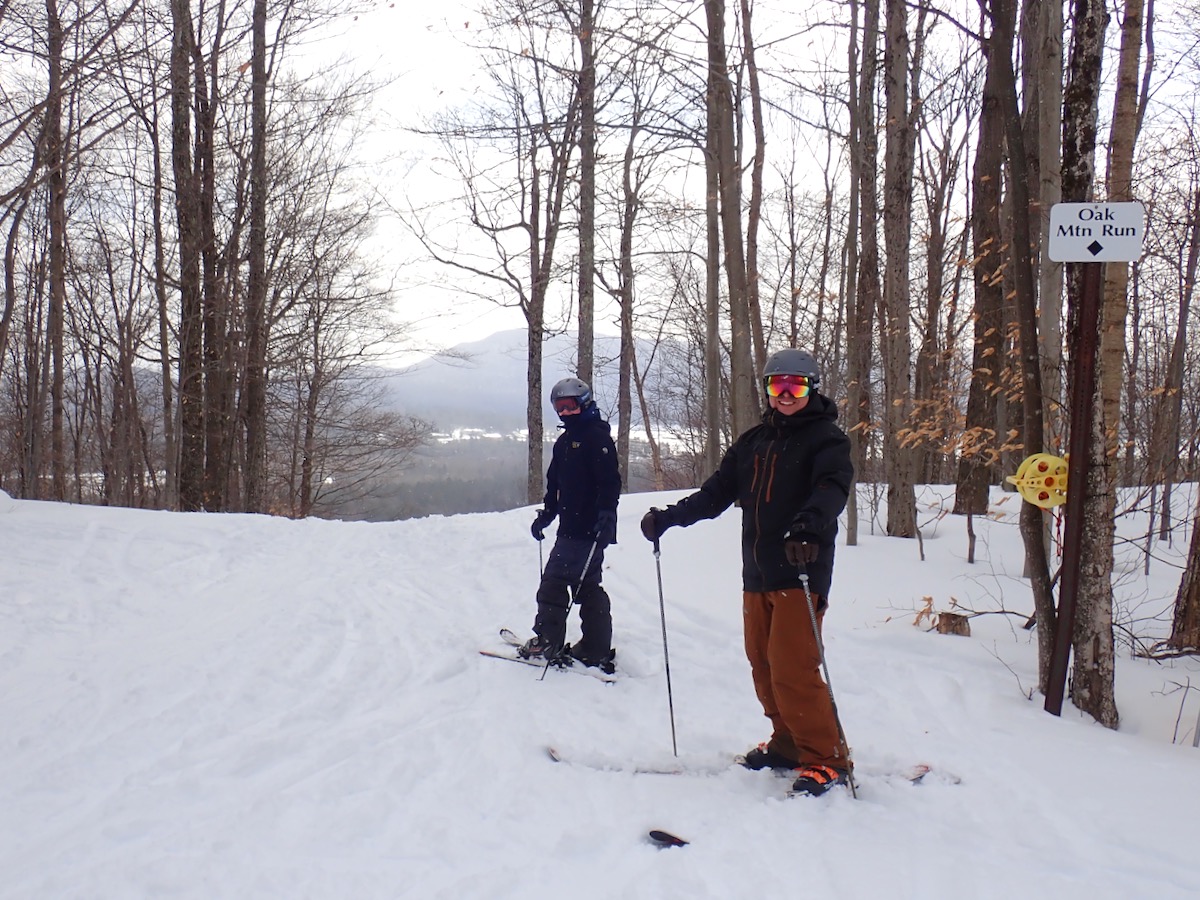 We had heard from a chairmate that Oak Mountain Run was in great condition. At the top of the headwall my eyes were drawn to the untouched snow in the TLP glades. We popped into the densely covered woods, feeling confident of the coverage.

After a few laps of dodging trees we were feeling the burn. Crosscut, Sugarbush and Fifth Ave all offered the same great groomed conditions as the Front 3, with a chance for us to rest our legs. After a few more laps on the front, it was time to get some food. 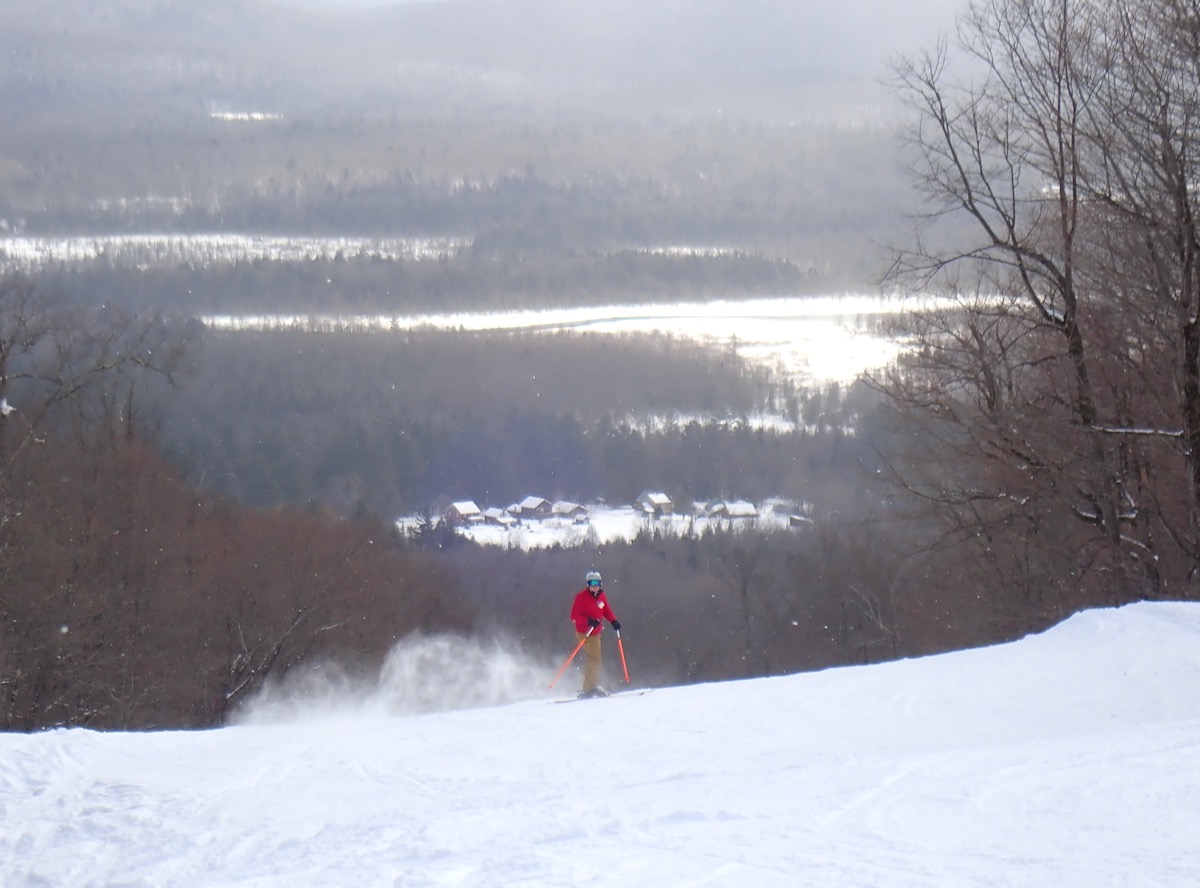 It seems everyone on the mountain knows the owners, Matt and Laura O’Brien, personally. People were happy to strike up a conversation on the lift, and local or flatlander, they all knew the O’Briens.

I looked for Matt but he was clearly busy.  Laura found some time in between rental customers to talk to me.  She’s excited about the mountain’s yearlong 70th-anniversary. The celebration brought out a lot of good memories and more than a few people dusted off their old skis. Look for the upcoming cardboard races and pond skimming in the spring. We wished her a great rest of the season and headed to the tavern. 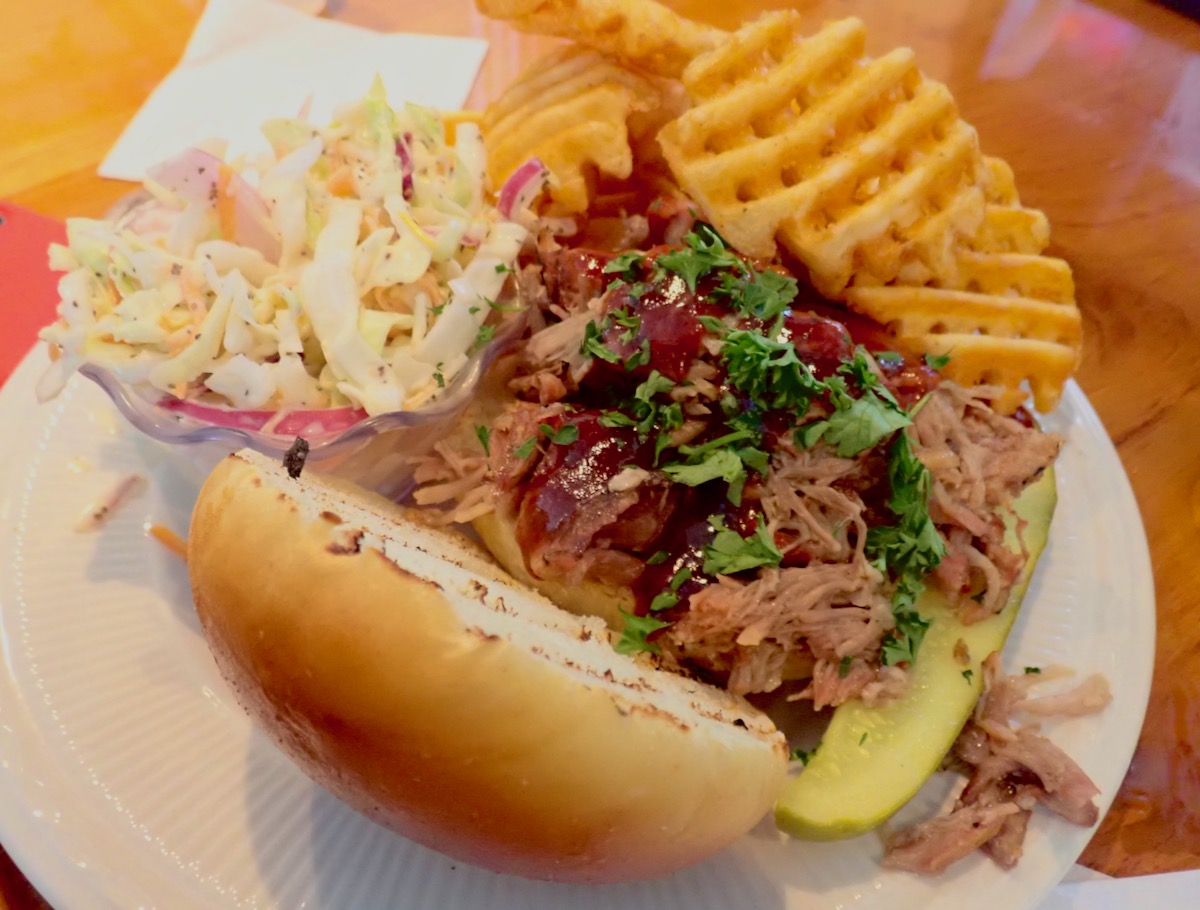 I heard good things about the Tavern. The craft beer selection is a great starting point, but the real draw is the food, made by Hell’s Kitchen Finalist Chef Lou. We ate and agreed, it was one of the best slopeside meals we’d had. Not a bad way to finish off the day.

Oak is another friendly family-owned gem in New York. Those who’ve experienced Oak sing her praises and now I’m one of them. I can’t wait to get back.