EDeO, Chuck, Amy, Kelly and I set out this morning to pillage the glades of Jay Peak. It was windy, so the Tram and the Green Mtn Freezer were on hold in the morning. We took the Metro over to the Bonnie and started our skiing from Stateside where the sun broke through the clouds while it continued to snow. 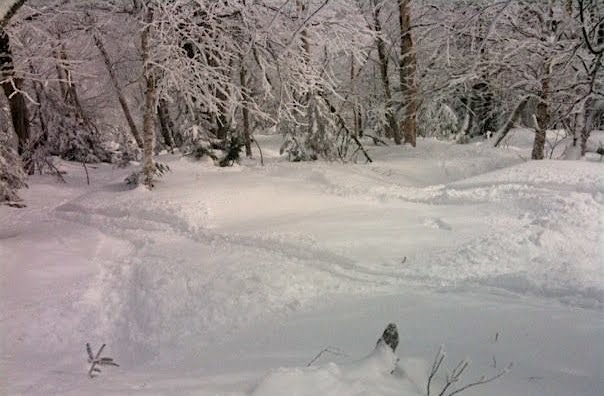 The Dip had the best snow and the most untracked lines of the morning. We dipped out of bounds and skied back in for divine turns. We lost EDeO and Chuck on our third lap, because they went just a bit too far out and had a longer trek back. The rest of us got in a nice long run down Everglade from the top before lunch. It was pretty sweet in there. 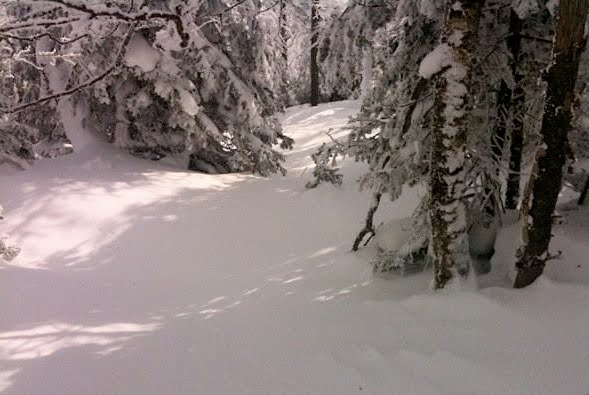 It was windy, though the temperatures were pretty comfortable when not being blasted on the lifts. After lunch we rode the Freezer. We hit up Andre’s Woods and another lap in the ever long Everglade, before heading in for margaritas and happy hour with Rick Redington and The LUV in the International Room. 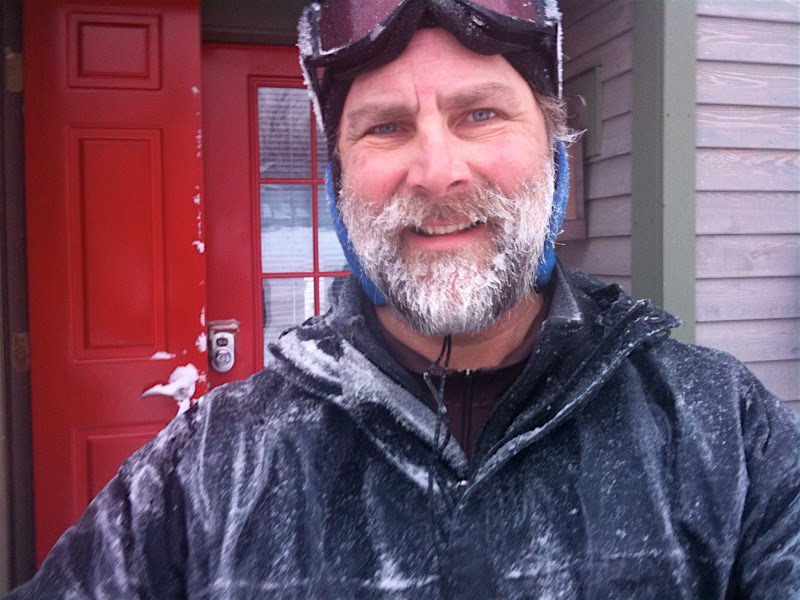 During our last run we got some freezing fog which adhered to our goggles and made visibility the most challenging. Once we got into the woods we were able to scrape off the frost and see where we were going.

When we arrived back, we were completely glazed with ice from head to toe, our ski pants crackling as we bent down to unbuckle our boots. EDeO declared that he felt like a glazed donut. Looks like more snow tonight — it should be another great day tomorrow.