I walked through the early morning fog into Hunt Hollows main lodge with a six pack in hand. The beer was part of the registration fee for “Berms, Bruises and Brews” an all snowboard banked race event. 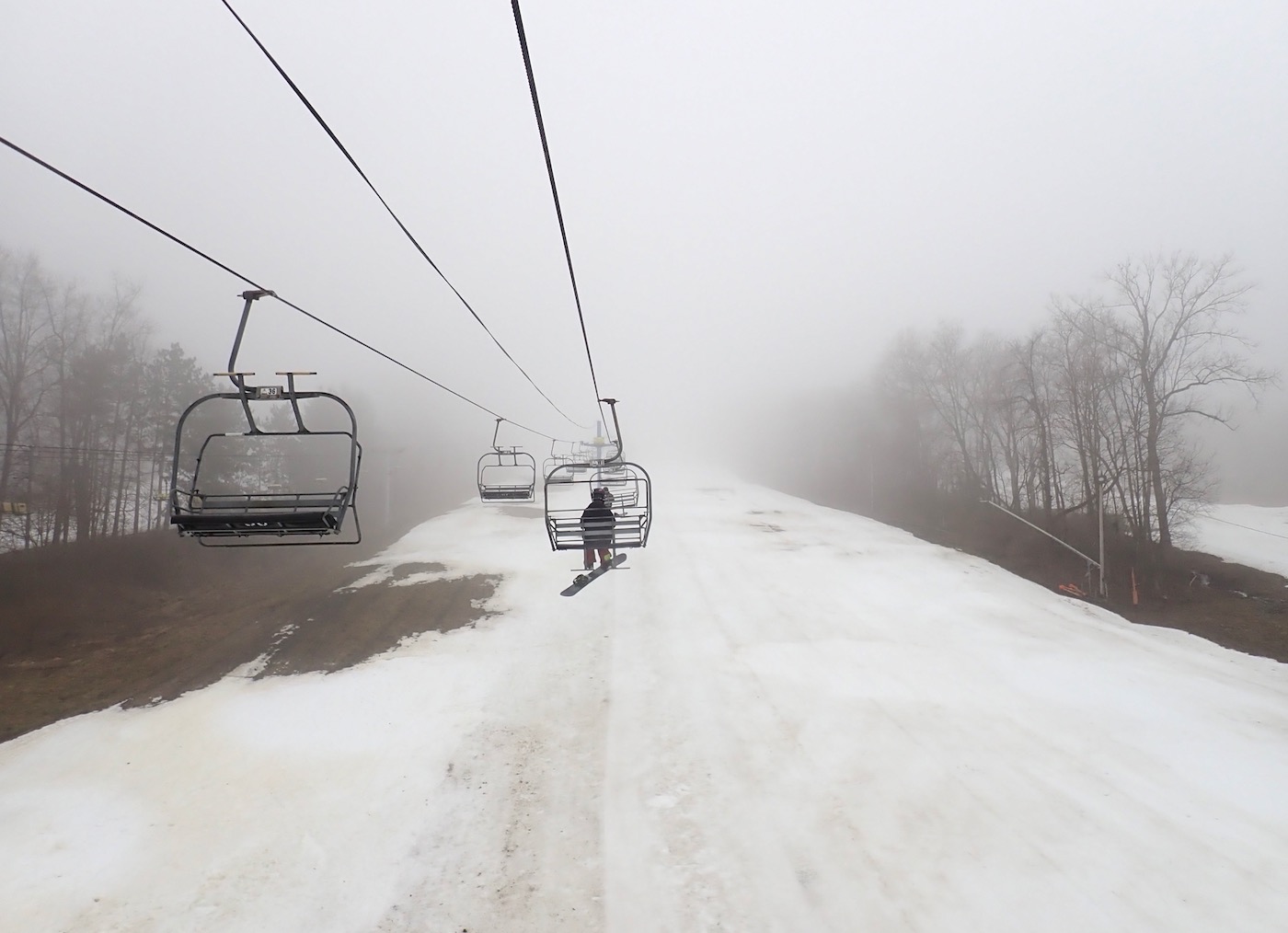 The divisions were separated by decades and the top 3 fastest of each division took home a portion of the beer. Part of the money raised was also being donated to upgrade the park at Hunt Hollow.

After registering I caught up with Alex who had already taken a few runs. The visibility was not great, as fog eclipsed the upper 3/4 of the mountain. We rode down Fox run and dipped onto the course to check it out.

Park crew and volunteers were still working on the turns and raking out the kinks. Best way to get a track like this going is to get people to start riding it and breaking it in. We wasted no time and started taking practice laps. 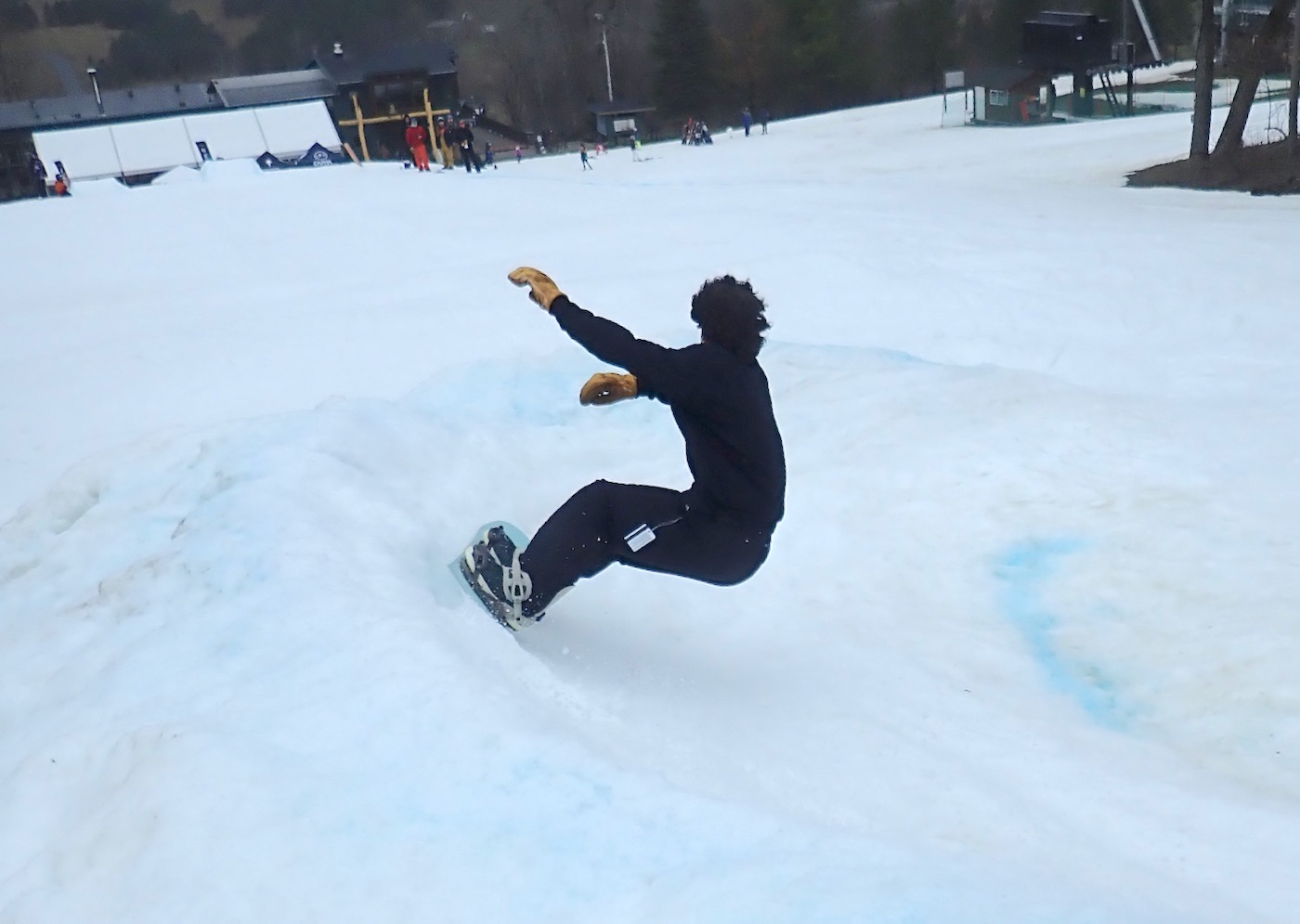 The course was 13 banked turns and a few rhythm sections in between. After my first few runs I was feeling it and breathing heavy. I’ve casually ridden berm courses before but this was hard work. You are pumping your knees constantly shifting edge to edge the entire course.

At 10am there was a meeting to kick off the race and things got going. While the groms and teens raced, Alex and I rode around the mountain. There was still solid coverage all over and we ripped the slush on blacks like Bumps and Glade. We didn’t want to get burnt out so after a few laps we headed down to watch the other races. 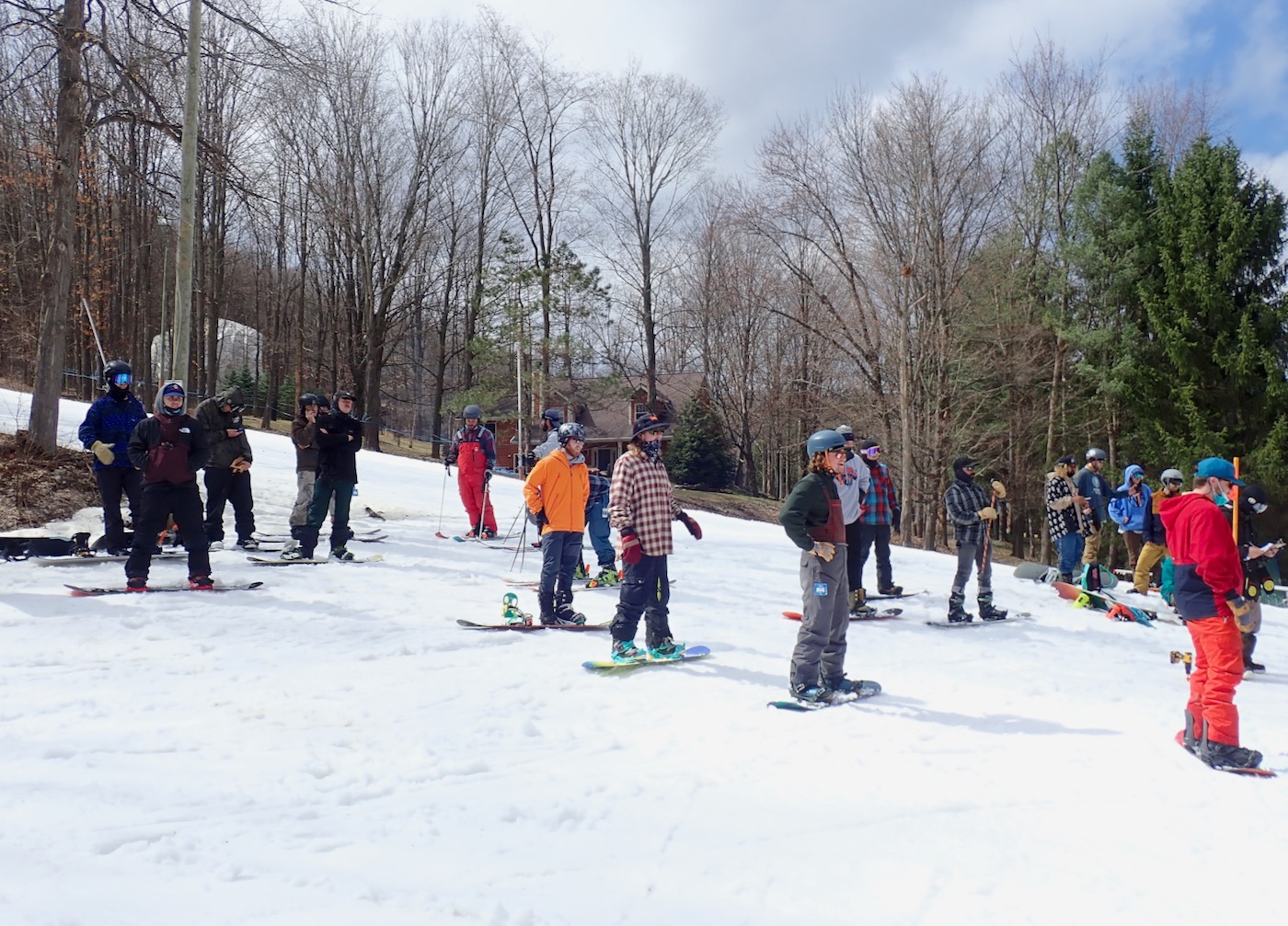 We watched as the Mid masters (40 – 50) and Masters (30 – 40) ripped down the course, and then it was our turn. The Young Master’s division (20 to 30) was pretty stacked so I just wanted a respectable time, which seemed to be under a minute.

It was pretty clear Derek from Woods Valley and Frank from Phatman Boardshop had the times to beat. These guys absolutely shredded the course and had times in the mid 40’s. There definitely were some nerves as I stepped up to the line and waited for the countdown.

I was given the go ahead and jumped off, the rest happened in a flash. I had a rough start and was out of rhythm at the top, but as I made my way down into the bottom section I made up time. My chest was absolutely pounding as I crossed the finish line but I came in at 58 seconds. 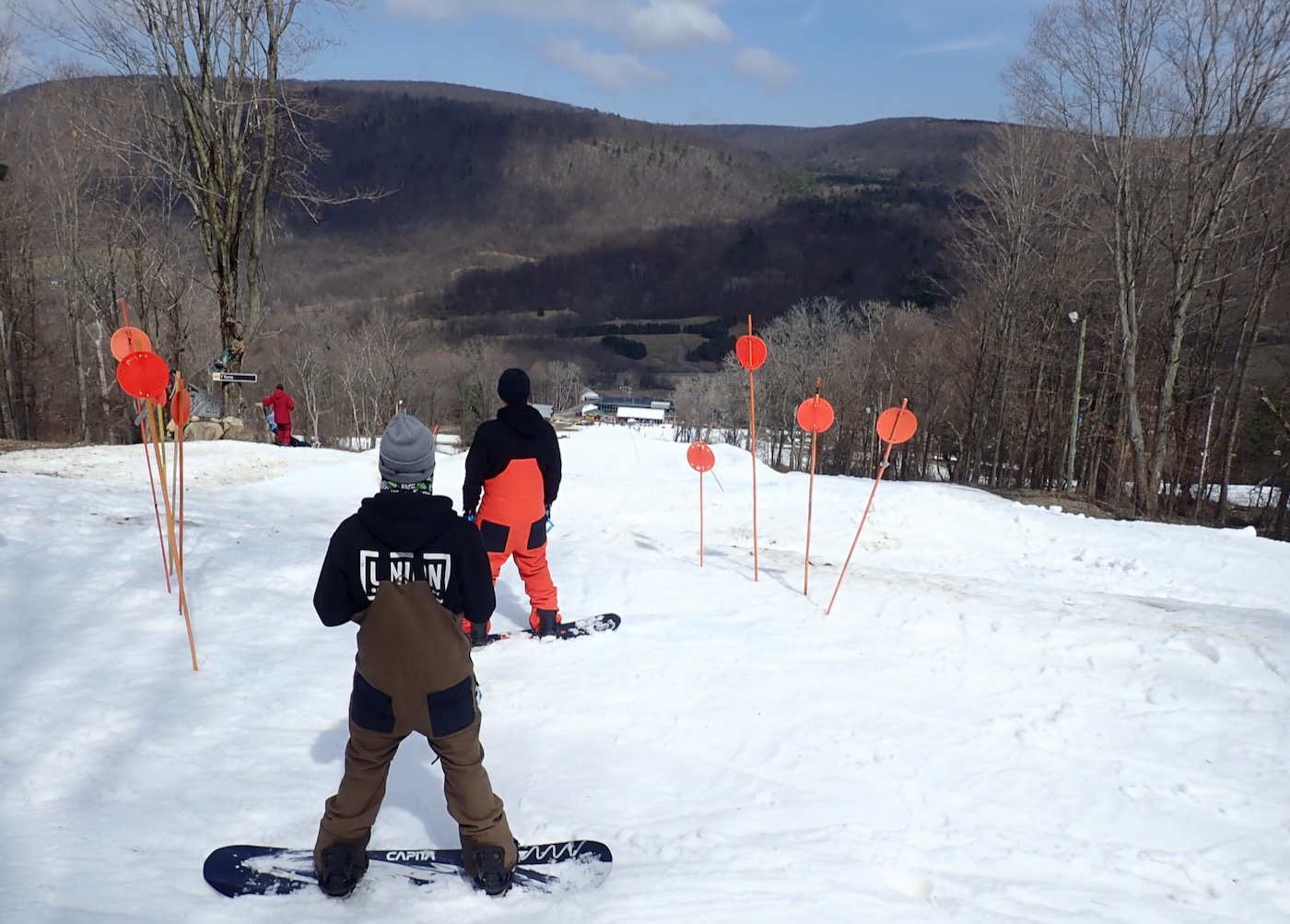 I captured my breath and rode the lift up for my second run. This time I had to let it all go, no holding back. I had a much better start this time and pumped out the top section. I was cooking when I came into the middle rhythm bumps and hit the table top a little too hard.

I landed just short of the next turn and couldn’t get to my toe side quick enough. The turn bucked me and I went over the berm. It was far from the worst fall of the day and I quickly got up and rode out my run. I was laughing the whole time nothing was gonna kill the vibe.

With the divisional races finished, there was only one event left. The Rat Race is an everyone all at the same time race for General Manager Joe Callaghan’s leftover (heavily stocked) beer locker. All those in contention readied themselves well above the start line of the original race course.

Onlookers lined the sides with snowballs, ready to follow in one giant pack to close the race out. The horn blew and the pack was off. As expected Derek and Frank led the charge and nothing but carnage followed. Some racers followed the course others jumped over the berms taking the most direct route.

It was snowboarding in all its glory and one of the gnarliest things I’ve had the pleasure of seeing. I gave chase to the bottom where everyone was laughing, giving daps and pounds.

Dan, the host of the event, proceeded to announce winners and times now that everyone was grouped together. Antics ensued as winners chose their allotted beer and the occasional carbonated shower occurred. The stoke was high and a bunch of riders hung out afterwards to chat and exchange info.

It was awesome seeing the Upstate snowboarding community come together and I was glad to be part of it. I hung with some of the Woods Valley crew and grilled before hitting the road. Don’t skip leg day at the gym and make sure to wax your board, we’ll see you next year at Berms, Bruises and Brews.