Precipitation in the Eastern US is spread relatively evenly throughout the year with less than 35% falling as snow. Much of the west, with the exception of the Pacific Northwest, gets a majority of annual precipitation as snow. 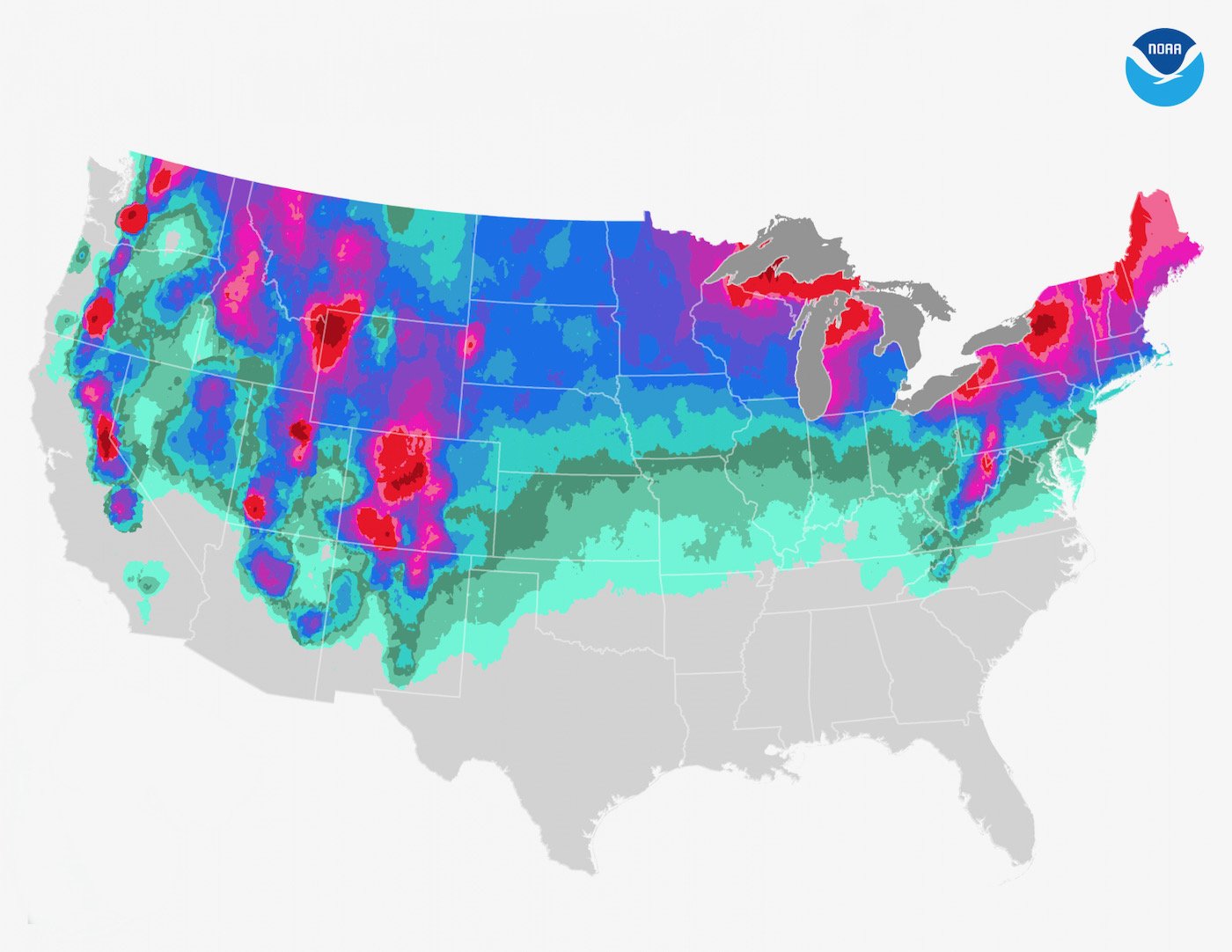 All of the darkest zones on the map above, get well above the displayed 150+ inches of annual snowfall:

Vermont has the highest average snowfall of all US states. This is the result of excellent snowfall at high elevations and an absence of coastal and low lying areas. Lake Champlain stands at 95 feet, but doesn’t have extensive lowlands surrounding it on the Vermont side.  Lake Champlain may actually add to Vermont’s annual snow totals.

New York ranks seventh among the states in large part due to Lake Ontario. Lake Erie and an occasional nor’easter also contribute to snow totals.  New York City and Long Island bring that average down.

This map, while accurate, has some limitations. Areas like the Green Mountain spine in Vermont have snowfall well above 150 inches, but are geographically too small to show on a map of this kind.