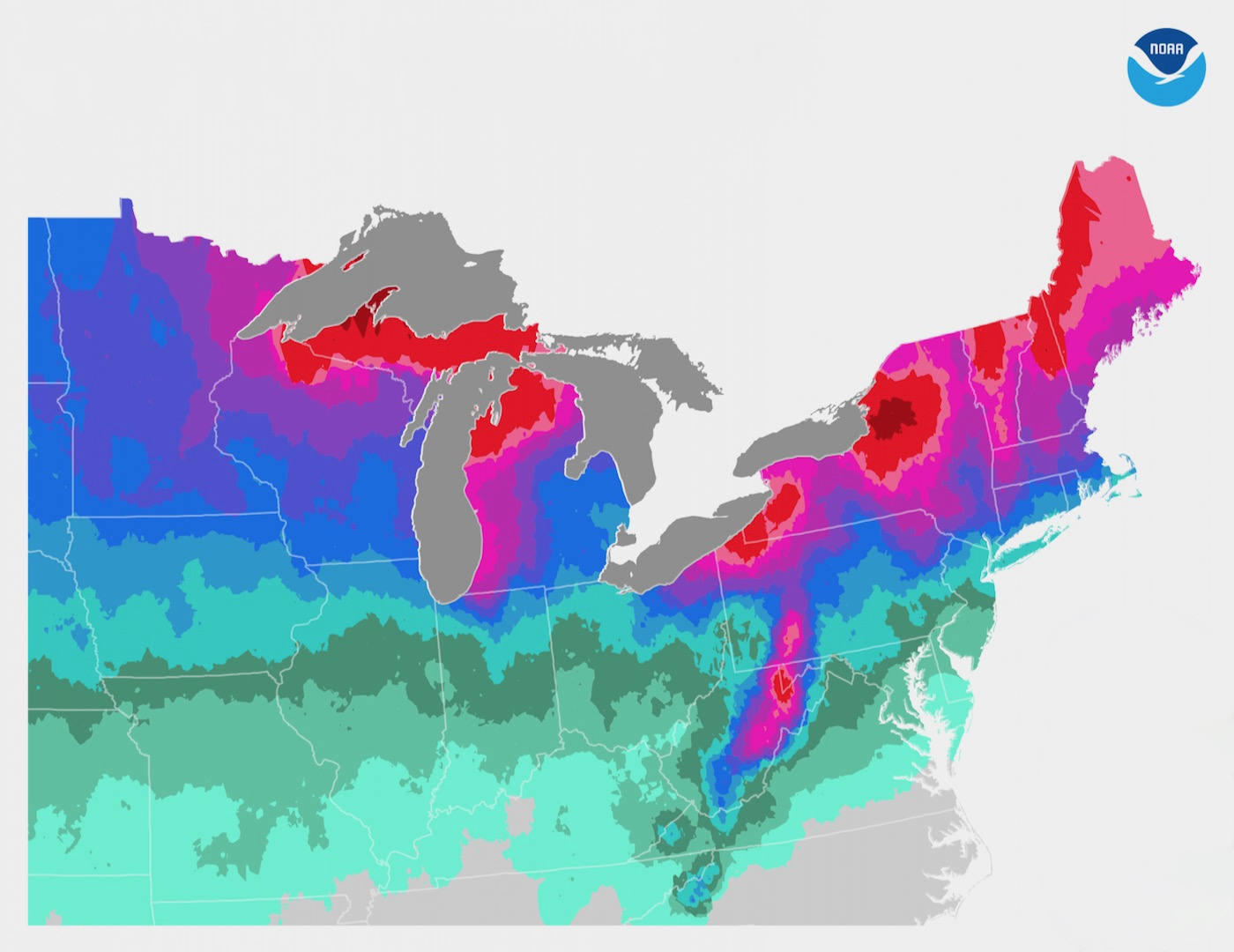 Great Lakes snowfall is dramatically influenced by lake effect snow. Common across the region during the late fall and winter, lake effect snow occurs when cold air from Canada moves across the relatively warmer open waters of the lakes. As the cold air passes over the unfrozen bodies of water, warmth and moisture are transferred into the lowest portion of the atmosphere. The air then rises and clouds form that grow into bands that can produce 2-to-3 inches of snow per hour.

Wind direction is a key component in determining which areas will receive lake effect snow. Heavy snow may be falling in one location, while the sun may be shining just a mile or two away. The physical geography of the land and water is also important. NWS meteorologists consider all these factors when forecasting lake effect snow.

Even late in winter, the lakes often have no icepack in the middle. Lake Erie — which provides snow to Western NY Ski Areas — is the shallowest of the lakes and often does freeze by February, shutting down the lake effect for those ski areas.