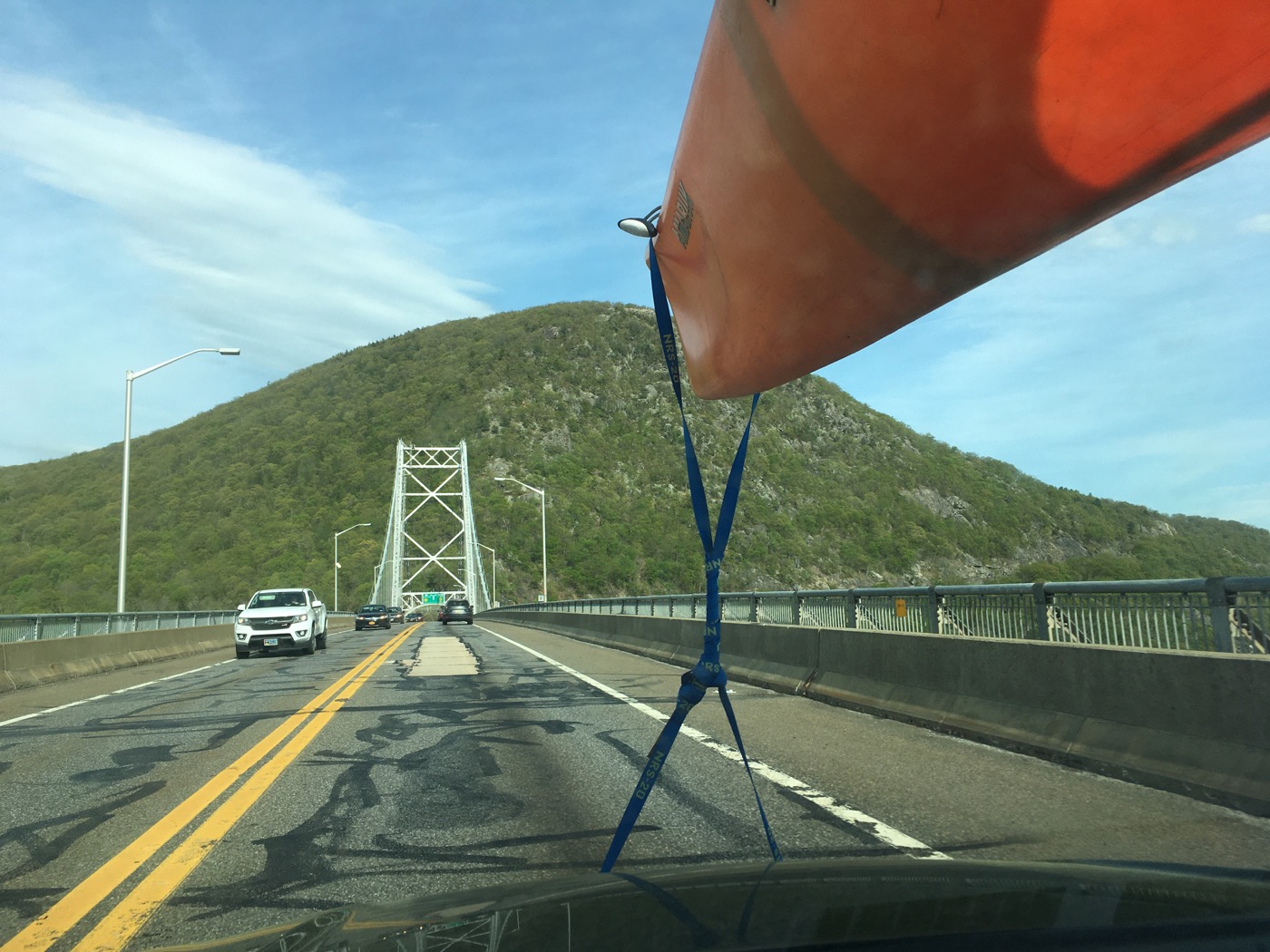 It’s full of charming restaurants, cozy B&Bs and quaint shops — just the kind of place that draws lots of visitors on a pleasant summer afternoon. It’s also a great place to paddle a kayak, which is why I find it interesting.

The widest part of the Hudson, the Tappan Zee and Haverstraw Bay, are just south of Cold Spring; the river — an estuary really — narrows considerably just before Bear Mountain Bridge. Tidal currents can be strong and fast. 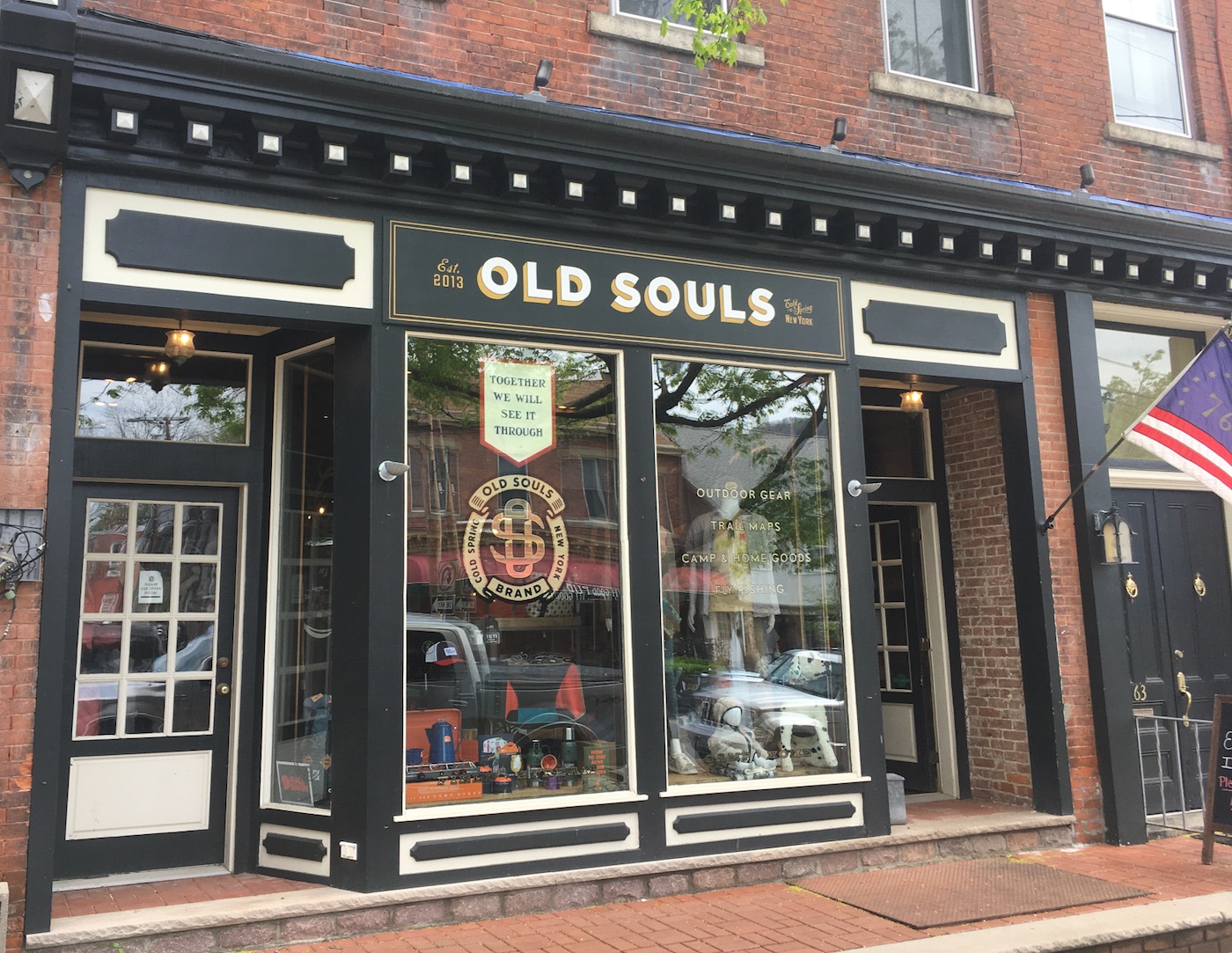 Looking at a map, it’s easy to understand why. It’s like when a plumbing system steps down to a smaller diameter pipe to increase water pressure. As the tides rise downriver, all the water in Haverstraw Bay gets pushed north into a narrower space. The natural result is for its flow rate to increase.

I like paddling there. The views are great since the Hudson Highlands surround you. Foundry Dock Park has a great little boat launch and the train station right next to it has free parking on weekends. Just south of Foundry Dock Park is Constitution Marsh, a protected area that is only accessible around high tide. 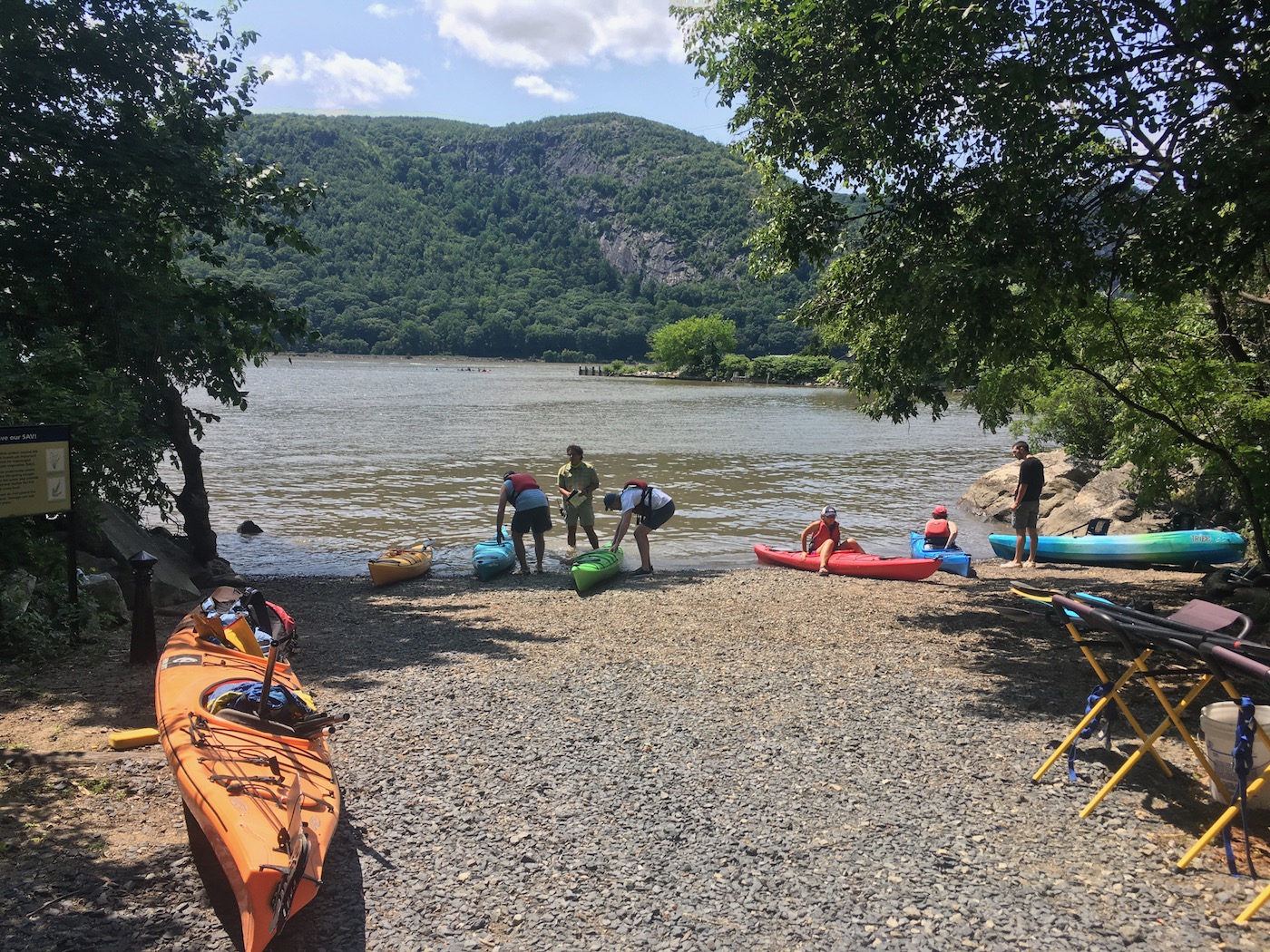 West Point, with its majestic buildings, is just across the river and of course the bridge is a bit further south from there. To the north a few miles, once you’ve passed the downtown area of Cold Spring itself, is Bannerman Island and Bannerman Castle with all their peculiar history.

I’ve paddled the area several times this year. The first was back in April, soon after I picked up a tandem kayak off of Craigslist. That was a fun trip because we about had the Hudson to ourselves. Cold Spring a nice place to live and has a funky vibe of its own; it doesn’t get flooded with tourists and fun-seekers until summer. 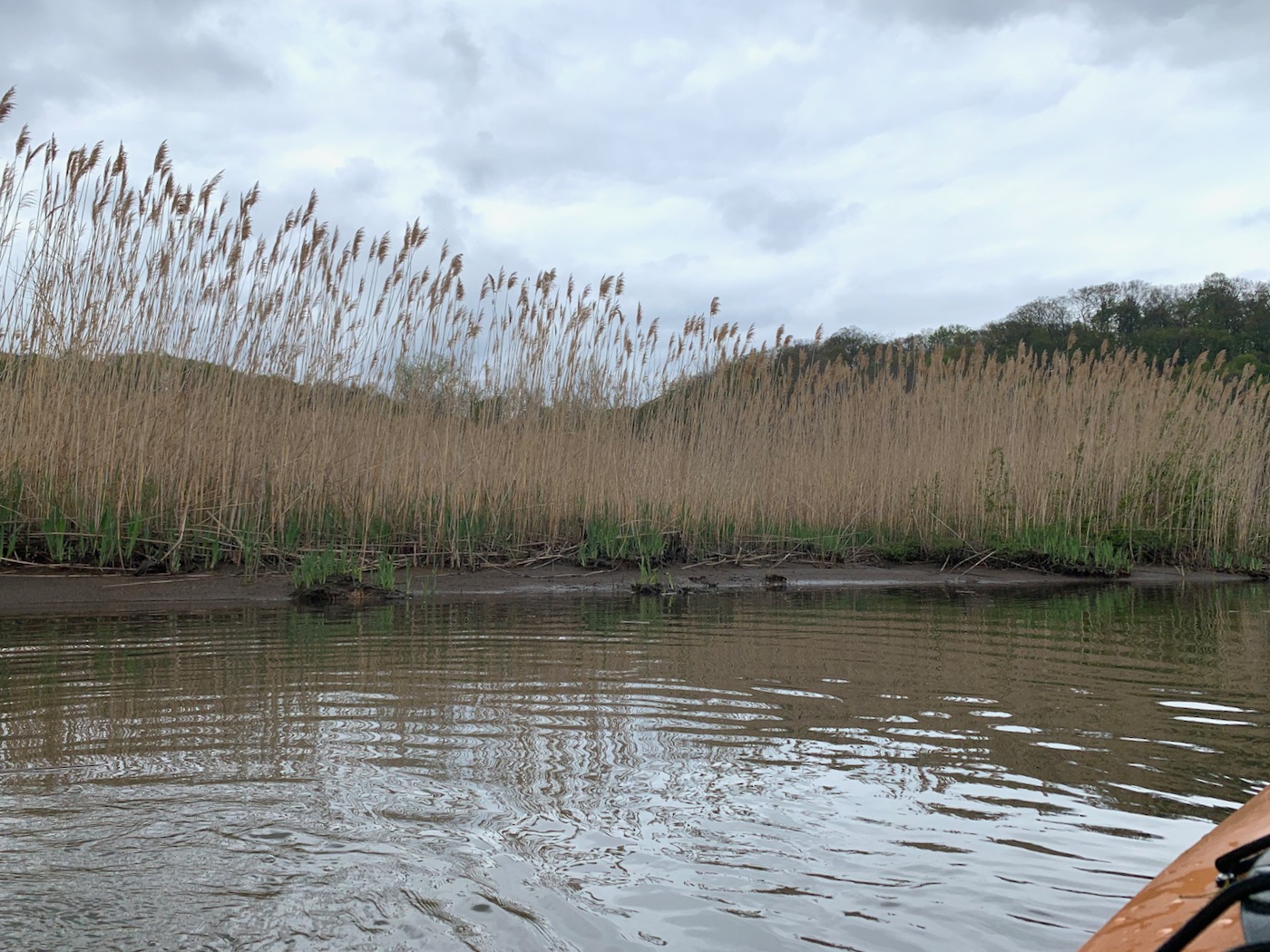 It was cold and windy and the water was somewhat rough. We explored around north of the town for a while and then made our way under the Amtrak bridge to check out Foundry Cove, the entrance to Constitution Marsh.

It was just after high tide so there was an unusual little spot of turbulence by the Amtrak bridge where the south-running tide pushed up against the stream of water running out of the emptying marsh. I pointed it out to my son as an example of the weird conditions the area’s waters produce sometimes. 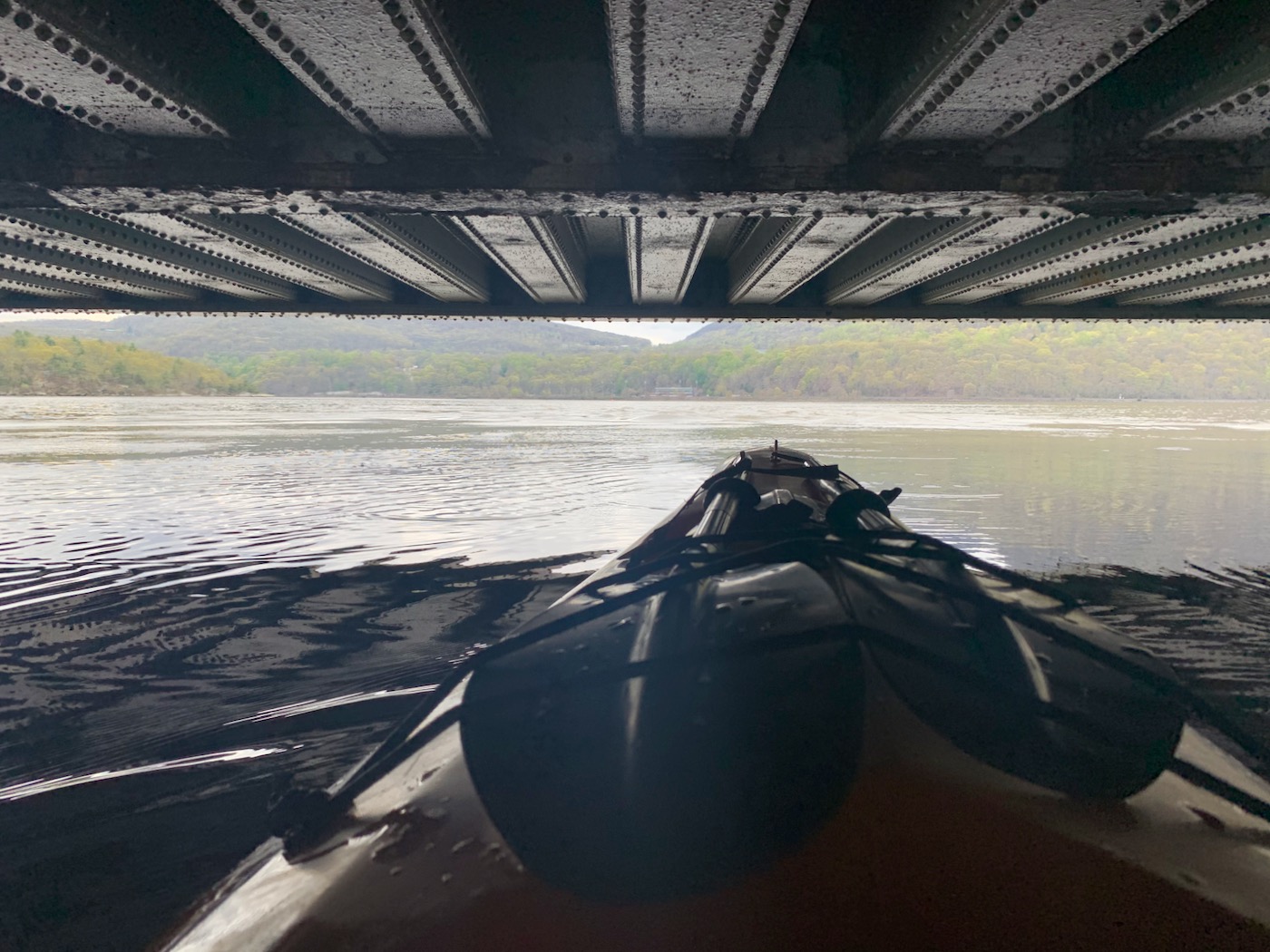 Junior and I returned at the end of July and the place was completely transformed. Just getting through the traffic circle at Bear Mountain Bridge required patience. Parked cars lined Route 9D near the trailheads and Cold Spring’s streets were bustling with pedestrians, bicycles and cars.

There was still parking available at the train station but the launch was crowded with other paddlers and boats from a local outfitter that was doing gangbuster rental business with kayaks and SUPs. We unloaded our stuff, geared up and double-skootched out into the river. 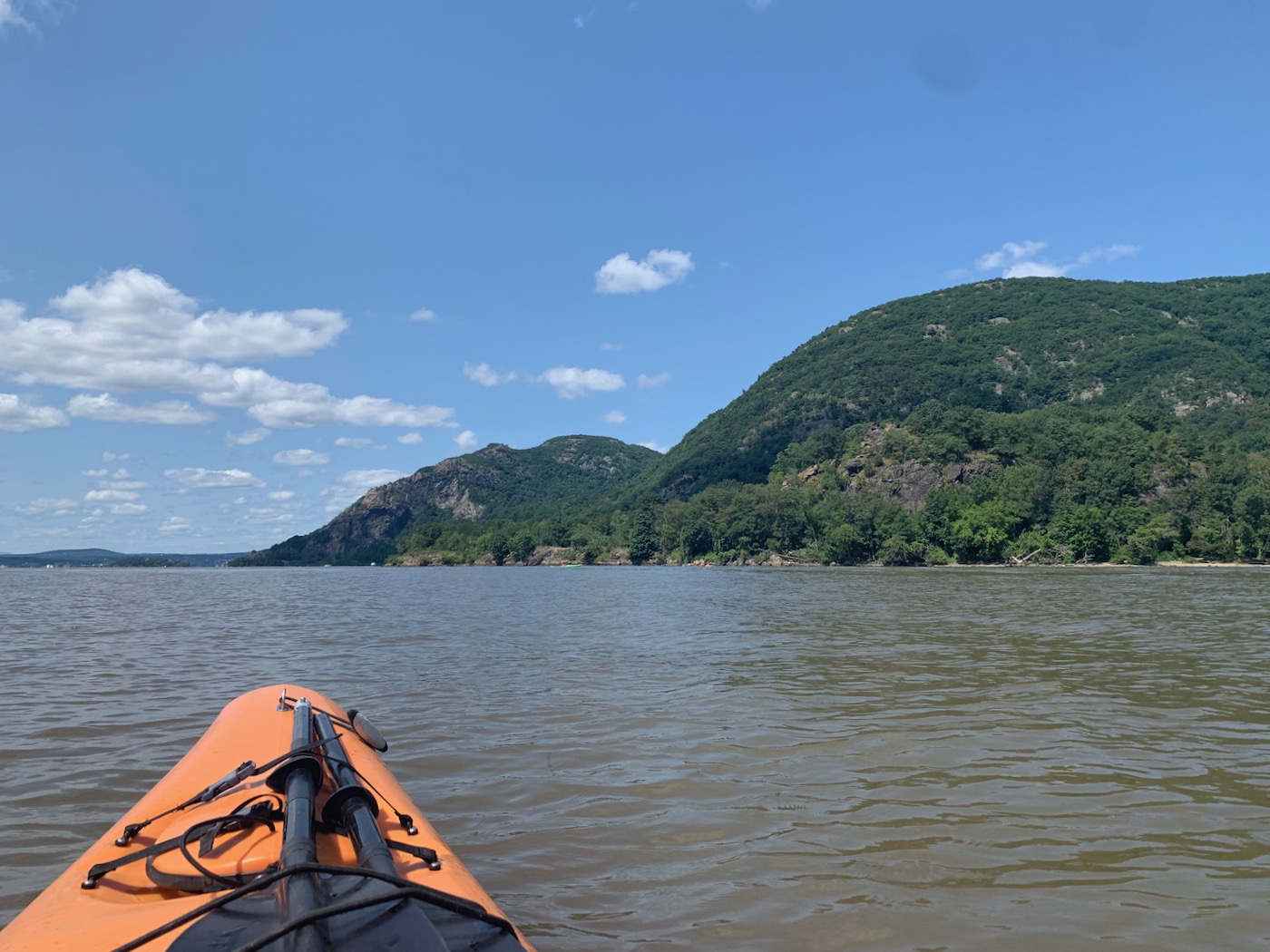 Like downtown Cold Spring and Foundry Dock Park, the Hudson was more crowded now. The area around town and the first little cove north of it were full of kayaks and fellow paddlers enjoying the sunny afternoon. Pedestrians on the waterfront waved to us. This actually presents a conundrum for me. Waving back means taking a hand off my paddle and interrupting my rhythm, even more off-putting now that I’m in the back seat of a tandem, but I’m never sure if just nodding is an adequate acknowledgement of a hand wave. I nodded anyway and kept on.

Further north, around a bend in the river called Little Stony Point, we found a bunch of motorboats and jet skis anchored near the shore, one of the area’s party spots. North of Little Stony Point, the river was less crowded. We paddled on, making steady progress northward toward our days objective, Bannerman Castle. 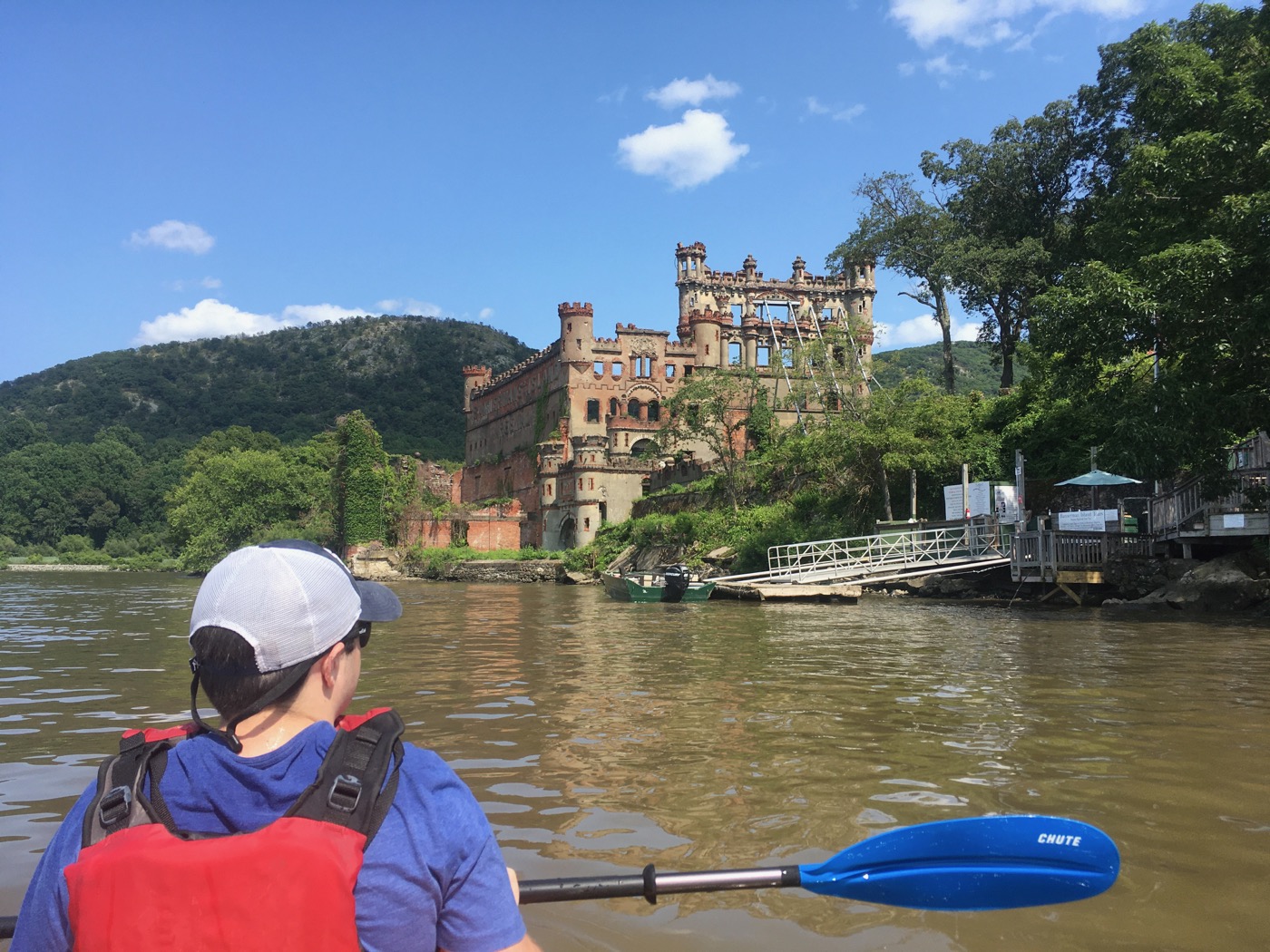 We reached the south shore of the island, properly called Pollepel Island, and immediately noticed a fleet of smaller orange kayaks lined up on the shore. As we paddled around the west side of the island I related some of the place’s odd history to my son.

I can’t say that he was fascinated exactly but he was at least amused, which I counted as a win. When we got around to the north side, the remaining standing wall with “Bannerman Island Arsenal” emblazoned across its stone impressed him at least. It is quite a sight. 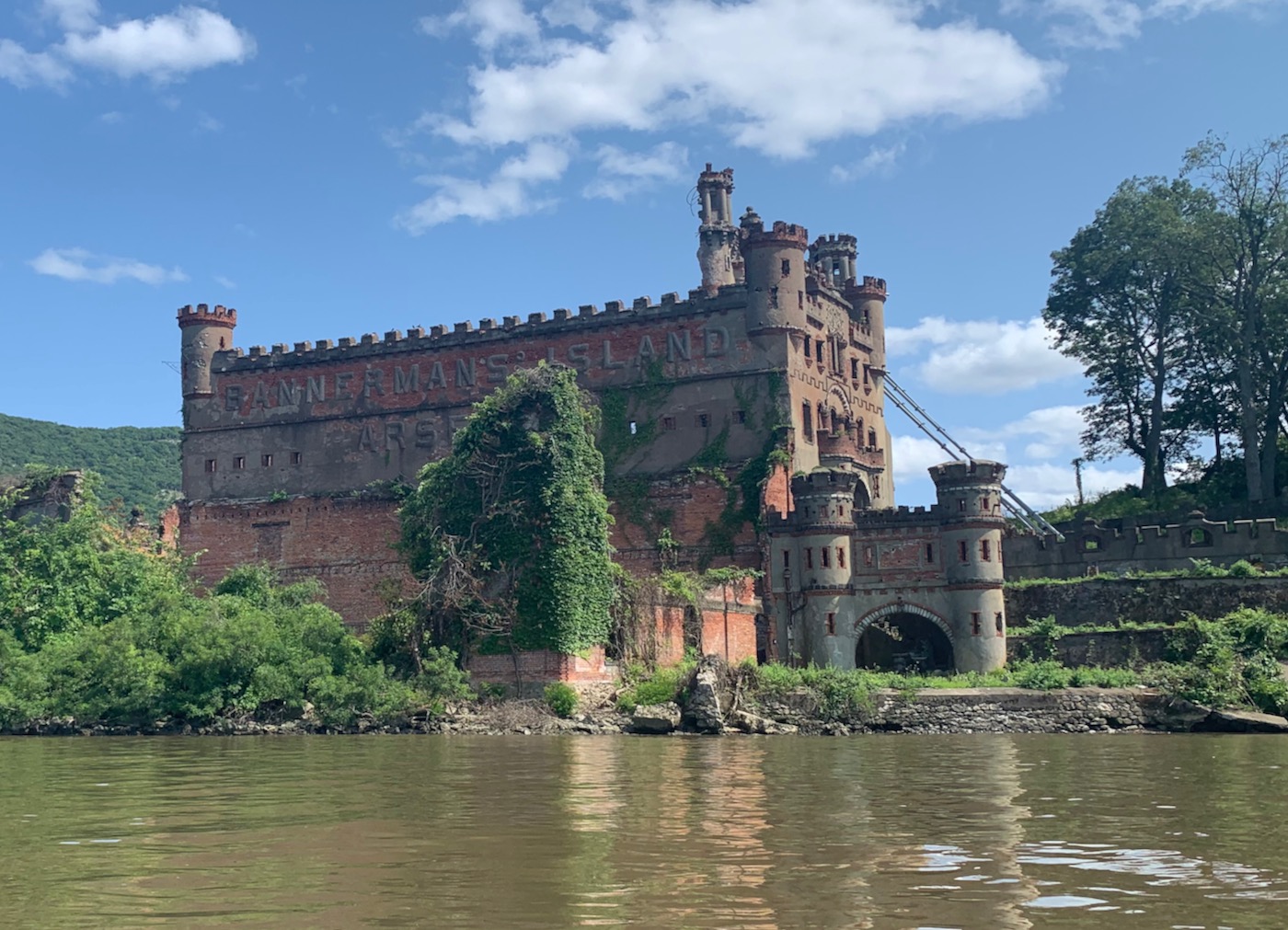 We made our way south between the island and the Hudson’s eastern shore. Now it was just a matter of continuing our workout until we got back to Cold Spring. We did discover a brick structure I hadn’t noticed before. It turned out to be part of the Catskills Aqueduct that transports water from the upstate reservoirs down to the city. My guess is that the brick building was the top of a weir, basically a big valve used to divert water into the river when the aqueduct requires inspection or repairs.

The trip back was a repeat of the outbound leg except that the party off of Little Stony Point had grown in size and boisterousness. When we got back to Foundry Dock Park, the kayak outfitter’s employees were busy loading their rental fleet onto trailers. Like us, their day was almost done.