Ski movie tours are a long-standing tradition, going all the way back, almost to the very beginning of downhill skiing in the United States. Names like Miller and Barrymore pioneered the art form in the days when ski movies were narrated by a guy standing at the back of the theater, often the same guy who edited the film with tape and a pair of scissors. For many people, attending the annual ski movie premiere in person still marks the unofficial start of the ski season. 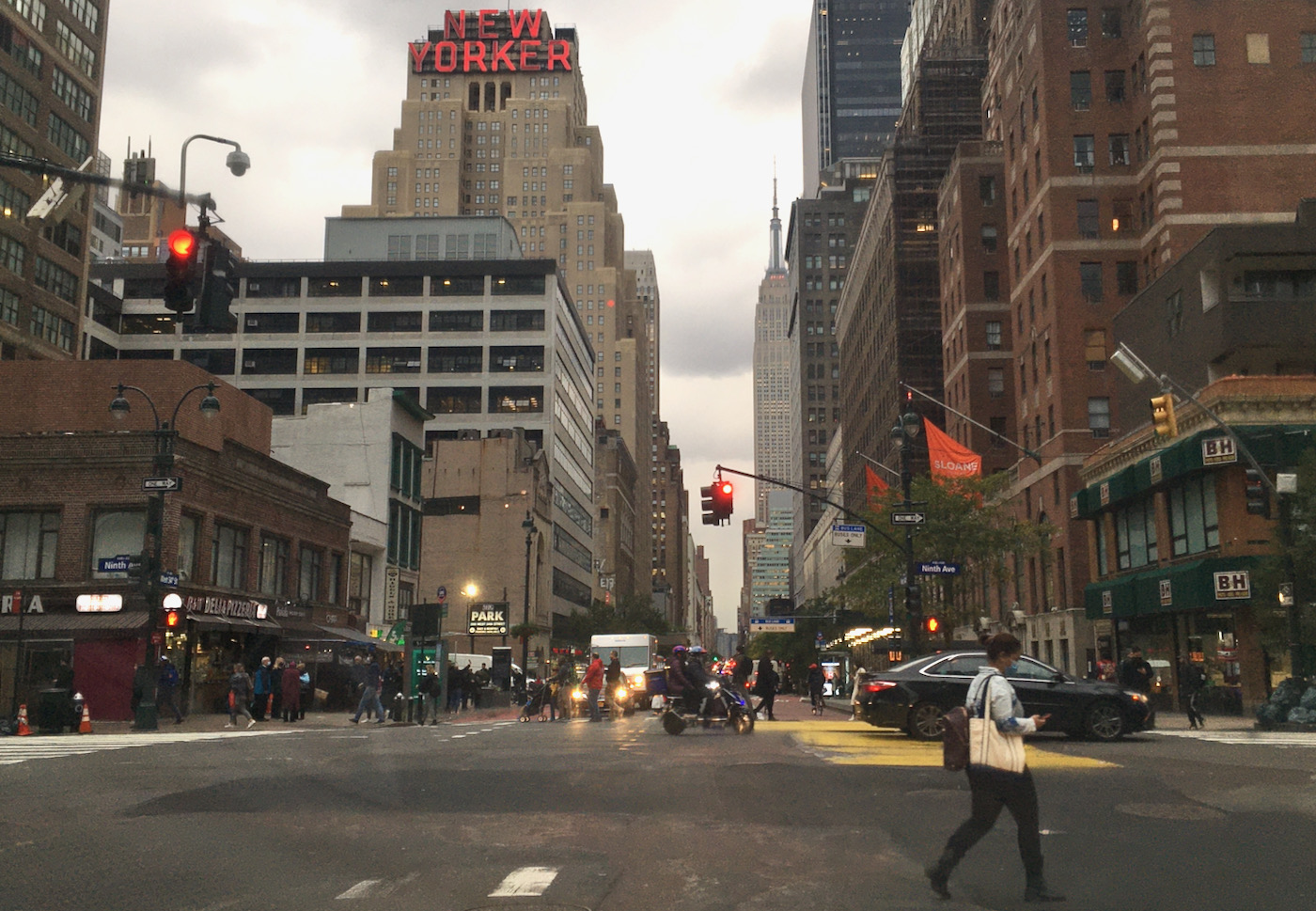 I’ve been to a few tour stops but this year I wanted to change things up. I’d never been to a Teton Gravity Research movie so that was my first stop when researching options. I’ve been a fan of their movies for awhile but always just ordered the DVDs (when that was a thing) or streamed them.

The first thing that jumped out at me on TGR’s Stoke the Fire tour page was that they featured a premium product, something called the Whiski Series. Instead of a big movie theater it would be held at a smaller music oriented venue — The Cutting Room on East 32nd St in NYC. As the name suggests, the movie showing would be combined with a whiskey tasting from Tin Cup, a Colorado distillery and one of TGR’s major sponsors. It would also feature a live Q&A with some of the folks from the movie so that would be pretty cool too. I signed up.

I showed up a bit early. The Cutting Room wasn’t open yet and the line of eager fans outside wasn’t too long so I went for a walk around the neighborhood. It was a nice evening so I did a couple laps in different directions. Once the doors opened each attendee was welcomed with a can of Sierra Nevada Pale Ale (another sponsor). That really hit the spot. I found a seat at the bar and somebody set me up with a tasting flight — three Marques of Tin Cup’s offerings: their original “bourbon style”, a rye and a ten year old. 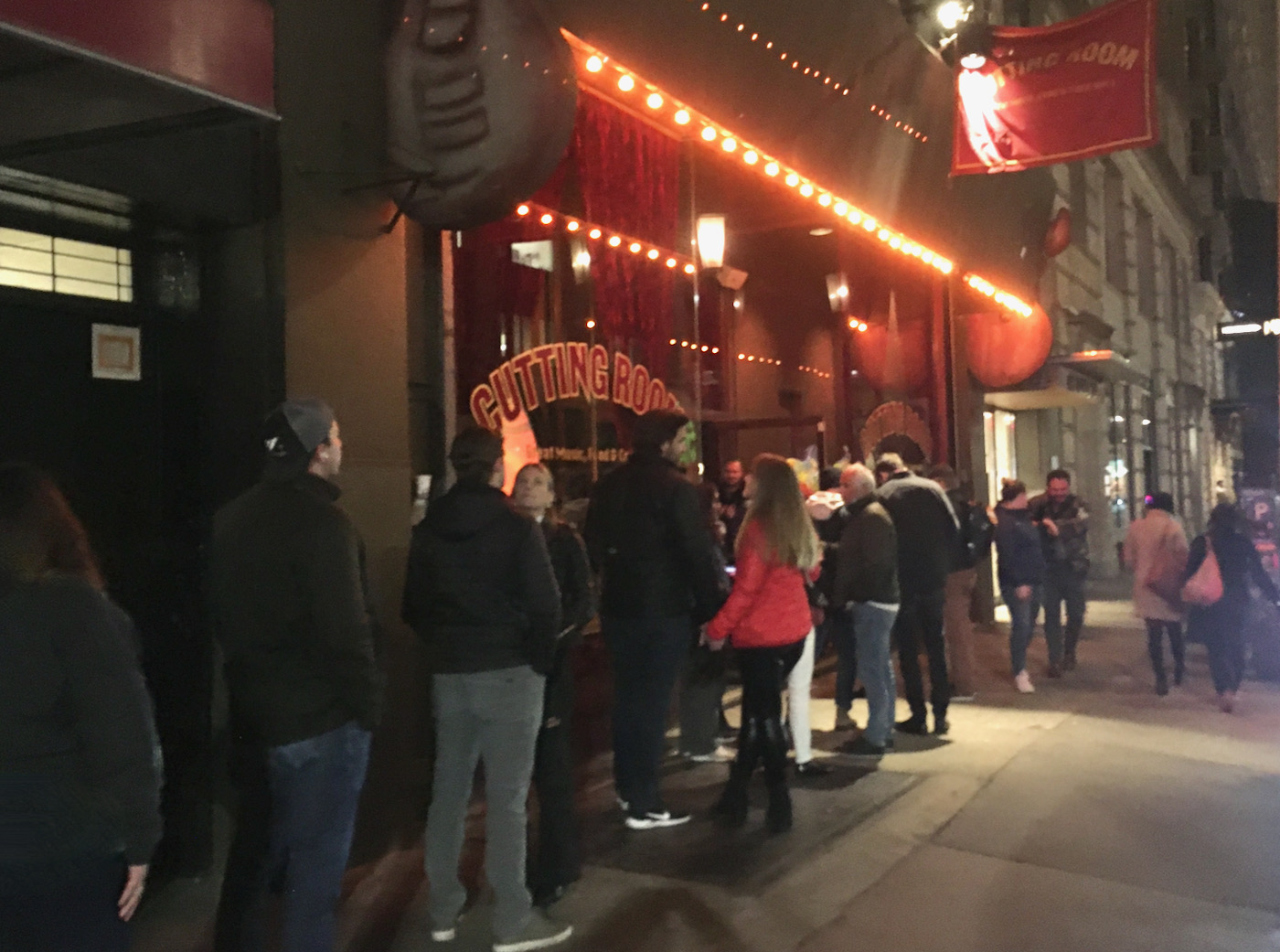 Right after sitting down, the guy next to me at the bar was served some chili. The plate’s presentation was so attractive and with the whisky tasting being imminent I decided I’d better order some for myself. The chili was good and I appreciated that the bartender proactively provided a bottle of hot sauce with the place setting. I needed it. As I waited for the festivities to commence, I was entertained by my chili and a series of shots from Stoke the Fire and other current TGR offerings played on the movie screens like a slide show. Most of the shots were captioned with a short statement drawing attention to the products of one of the movie sponsors. I think The North Face may have farmed out their captioning to their European branch because they kept referring to the athletes’ clothing as their “kit”. It was amusing

Before too long a rep from Tin Cup took the stage and presented the whiskies. She did a good job, mixing in some history of Colorado and the brand’s founders while describing the whiskies we were tasting and how they were made. I have sat through a lot of spirits and wine tastings — I mean A LOT— and I can say that this one was pretty good. It was informative and to the point. The whiskies were pretty good too. I was skeptical at first because their original offering is a “bourbon style” blended whiskey rather than a bourbon but I was pleased to find that the liquid in the glass was legit. The rye was next. I am not a fan of the really “rye-y” ryes, those that club you over the head with the spicy cereal notes, but Tin Cup’s was quite good, very balanced. I could see mixing it with ginger ale and being very happy and the ten year old was a high quality product as well, my favorite of the three. 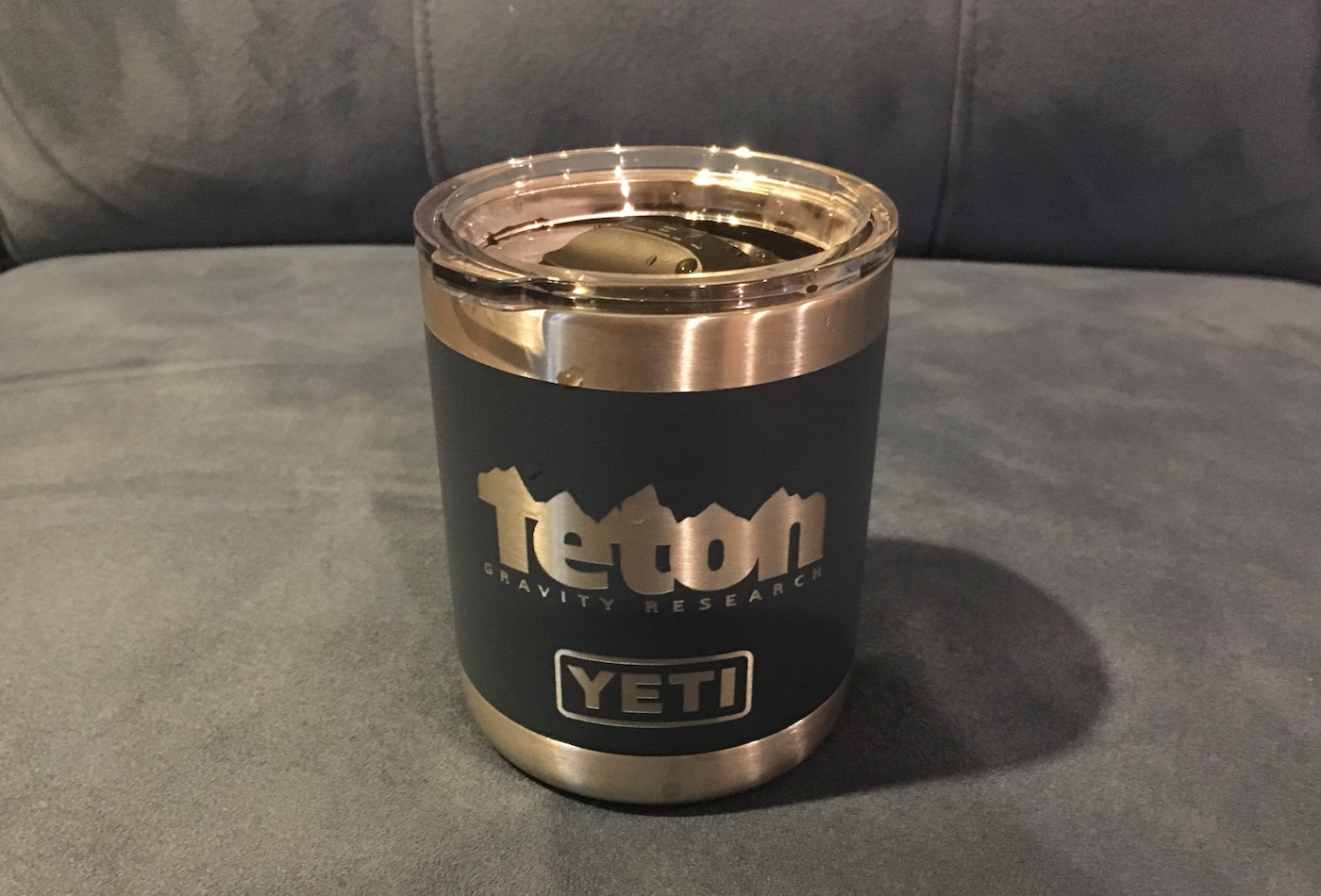 Next was the Q&A. When I’d entered the venue, the first thing I noticed was a guy standing off to the right that looked really familiar to me. I couldn’t figure out if I knew him from work or somewhere else. He was engrossed in conversation with somebody so I didn’t go over but his face struck me as familiar. Next thing I knew he was up on stage for the Q&A with Caite Zeliff. It turned out it was Todd Jones, TGR’s founder and now known as “Kai’s dad” in reference to Kai Jones, his teenaged pro-skier son. Duh, of course he looked familiar.

The MC explained that Parkin Costin was supposed to be there too but was stuck on the subway. He did show up about halfway through the Q&A and joined in. I was as interested in the questions as I was in the answers. I was curious how similar the crowd at the “premium” ski movie might differ from the raucous crowds you get at the big theaters. I have to say the questions indicated to me that at least some of the crowd were as big TGR fans as I am. They touched on some serious issues regarding backcountry travel but it was mostly lighthearted stuff. There were enough references to older TGR movies to indicate that I was surrounded by fans. It was a fun crowd. 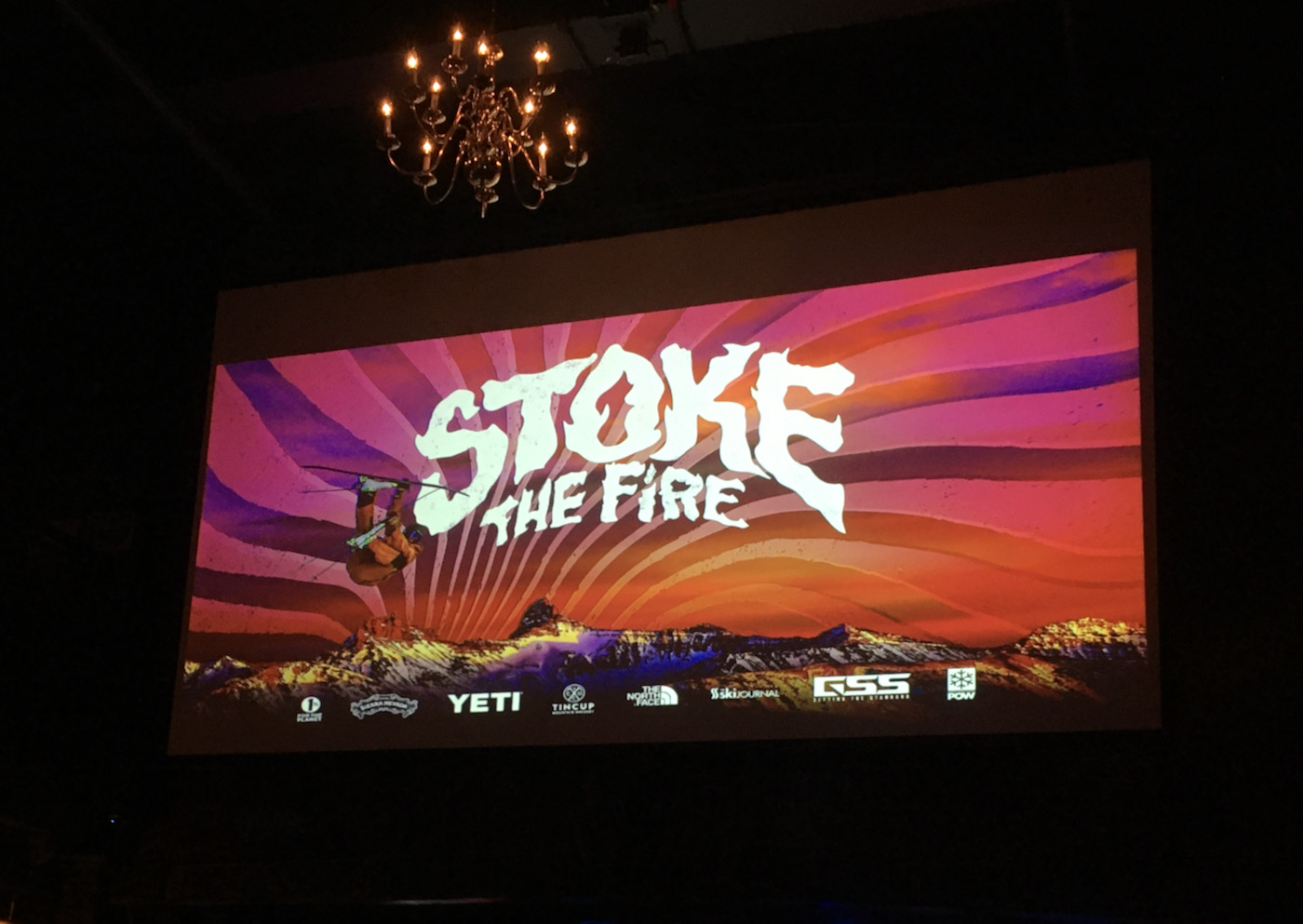 We got a few trailers to other current TGR offerings before Stoke the Fire began. The one for In Pursuit of Soul was of particular interest to me since it features Magic Mountain and a few other hills that are part of the Indy Pass. I feel like TGR, The Indy Pass and NYSkiBlog are all on the same page regarding the these smaller independent ski resorts. Then the movie started.

I can’t give a good blow-by-blow of Stoke the Fire because I really got wrapped up in the movie. From the opening, it sucked me in with the skiing, the locations and the personalities. The pacing was excellent. I never felt like any of it was filler. The Cooke City segment was probably the standout in spite of them shooting in some spectacular locations including Alaska and British Columbia. That segment featured lots of great skiing and gorgeous scenery mixed in with lots of snowmobile mayhem and amusing antics from Kai and some of the older skiers. Good fun.

As the movie ended, I turned to look behind me and there was the Jones family so this time I went ahead and introduced myself. Kai seemed like a really great kid; his mom and dad have clearly done a great job raising him. On the screen he holds his own with pro skiers twice his age but in person he reminded me of my own 15 year old son. And it was nice being able to thank Todd for all the enjoyment I’ve gotten out of TGR over the years. All in, it was a fun night. I can’t recommend the TGR movie tour experience enough. And even if you can’t make it to a showing, Stoke the Fire is worth a watch (or many). Consider my fire stoked.

4 comments on “TGR Stoke the Fire”