Snow Ridge plays a unique role in the life of a hardcore NY skier. In a far corner of the state, the small ski area stands as a beacon of hope during the early season or times when powder is scarce. 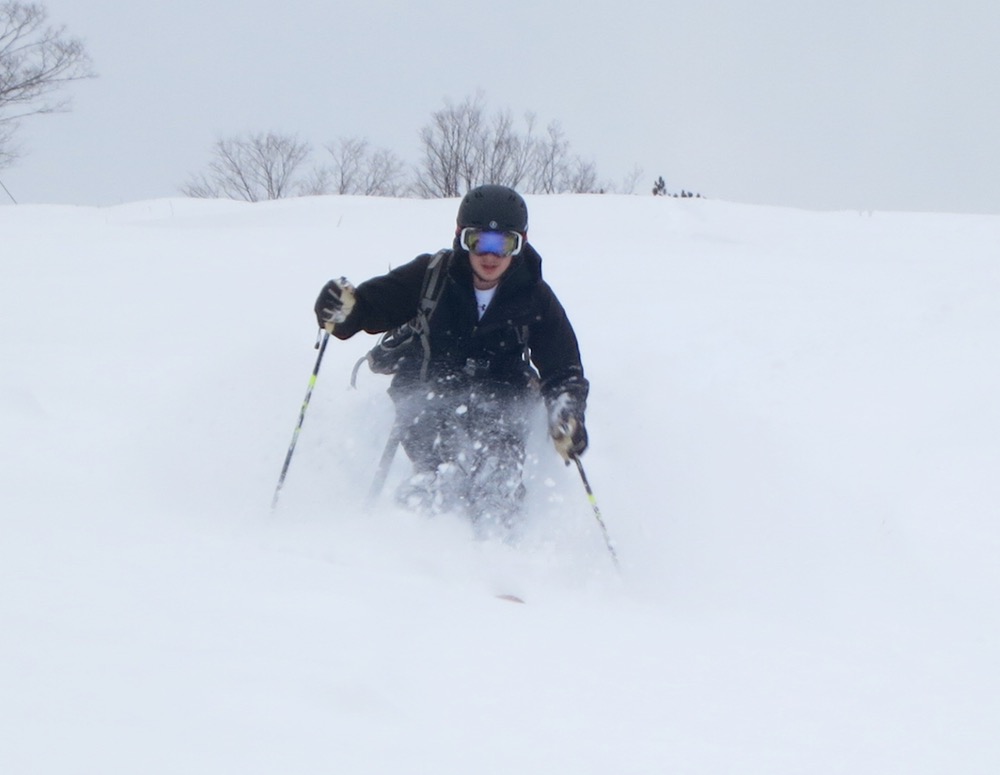 Because no matter how the season has gone to date, or what the current weather pattern, there are, almost always, a few months when cold air blows across the unfrozen waters of Lake Ontario and delivers powder on the Tug Hill Plateau.

In fact, consistently bad ski weather in the form of warm temperatures, can actually increase the chances that the magic will happen. And that’s exactly how it came down last week. 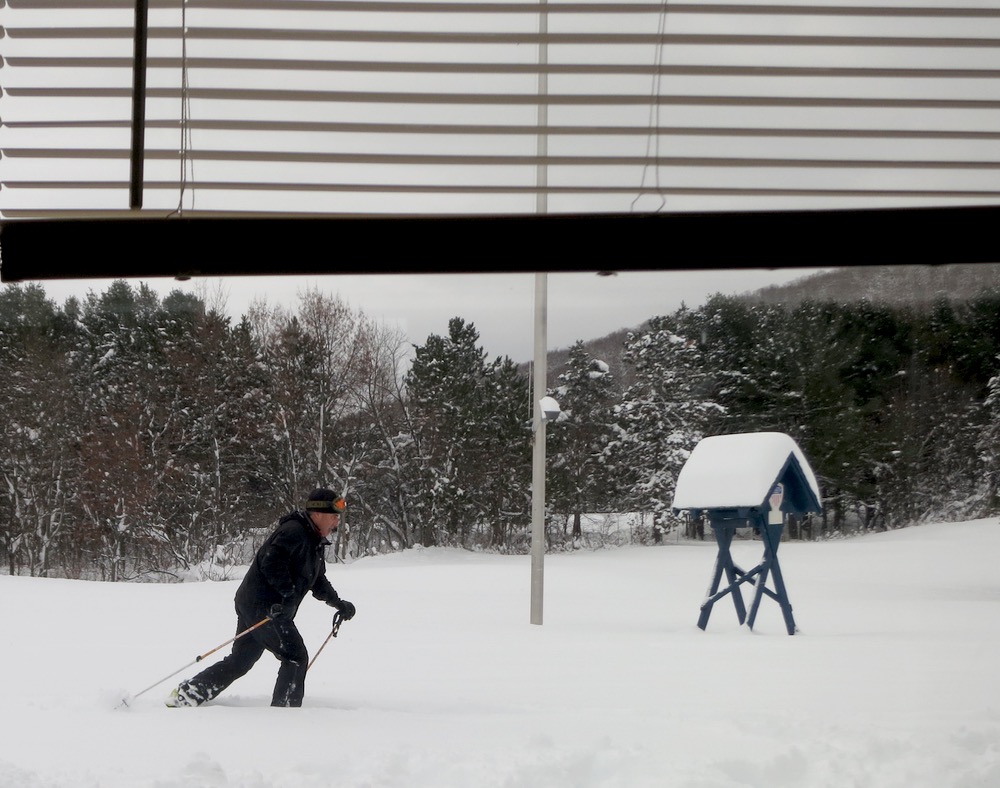 A few days earlier, Nick messaged me about plans for the weekend. Done with the first term of his sophomore year at St. Lawrence, he was in North Creek for the Christmas break and thinking ski.

I had my eye on Snow Ridge. How much snow would it take to convince the new owners spin the lifts? I really didn’t care. I had a new pair of skins and I was ready to lift myself up, under my own power, to ski new natural snow. 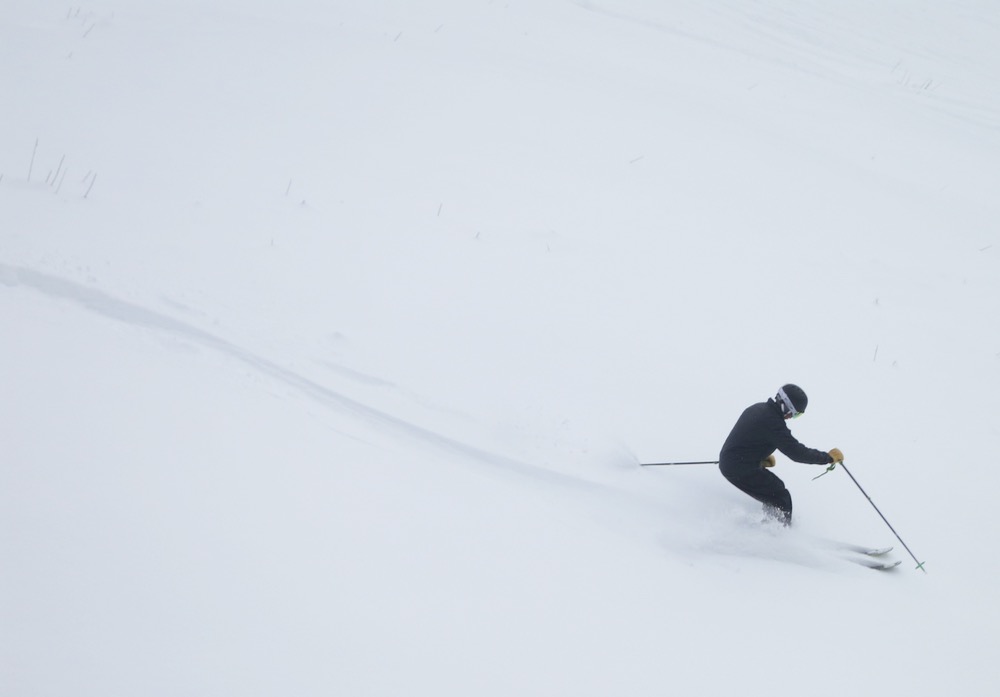 Nick was all in. Our craving for untracked snow was strong so we got a crazy early start to improve our odds at scoring. On the drive over from North River we passed through bands of deep snow and started to dream.

We arrived at 8:30, 90 minutes before the lifts were slated to spin. We booted up, got our skins set and headed up the hill. There were ten or fifteen others with the same idea and a good skin track was well established by the time we arrived. 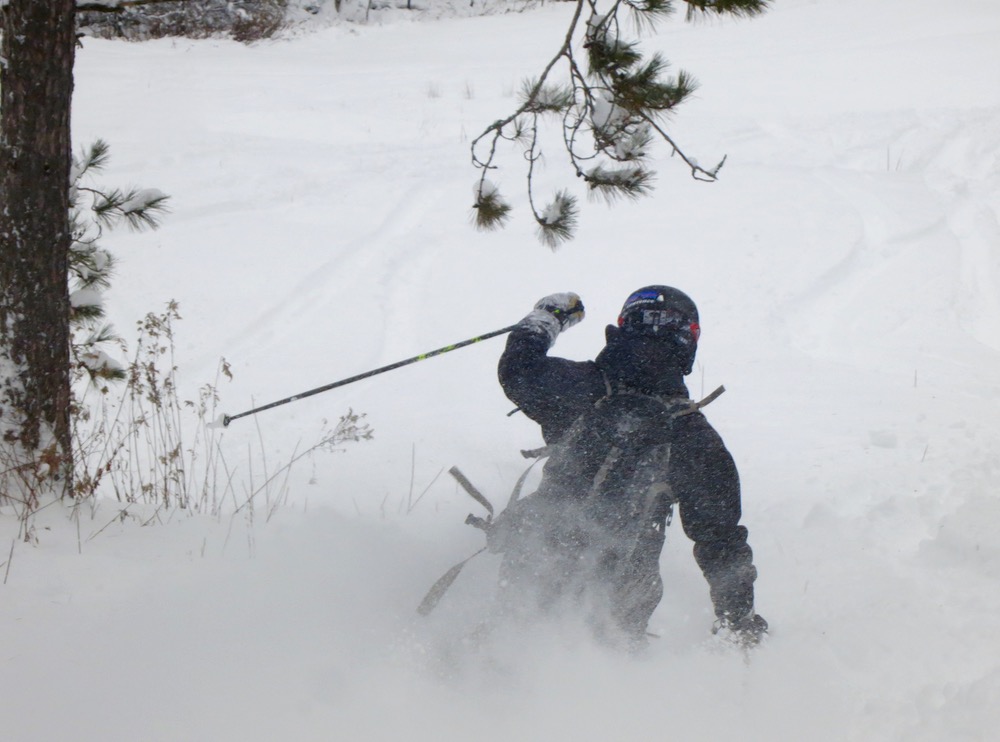 That first run was a slow motion schuss. The snow was dense, maybe windblown, and it took a bit of magic to stay in the float zone. The snow quality was really nice and it seemed that some skier traffic might actually help the skiing.

We headed in to buy our lift tickets and came back out to get in line. The lift went off right on time, and for the first two or three runs, there was almost no line.  For the moment, the signature Snow Ridge powder day lift line back to the lodge was conspicuous by its absence. 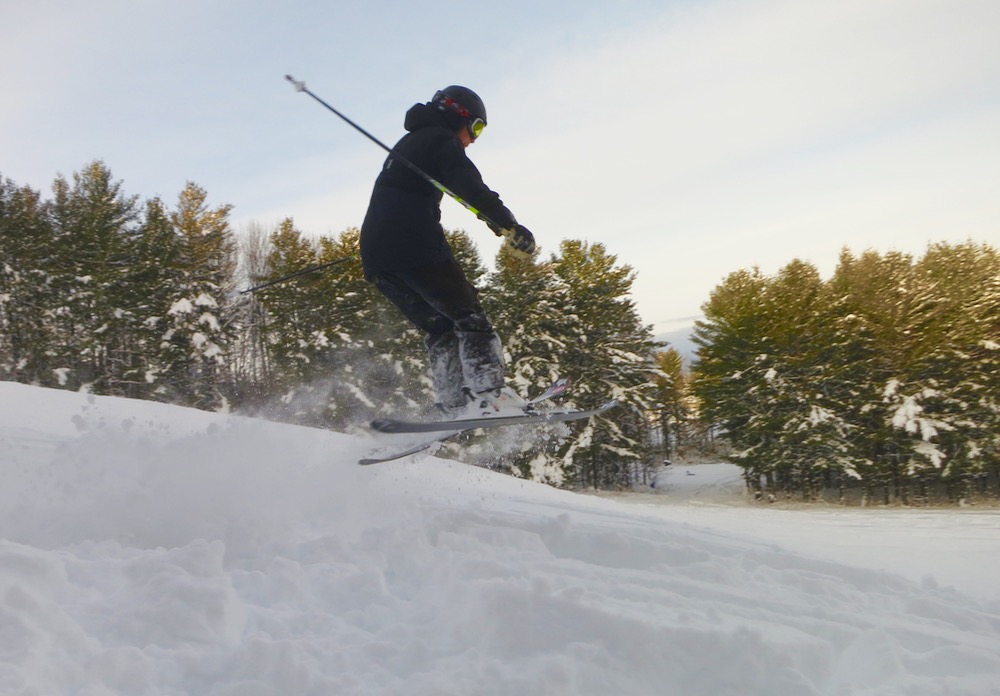 We did several runs right under the main lift. In the morning, the lightly cutup snow was a dream to ski. As the day wore on, the snow seemed to consolidate or settle and the skiing speeded up.

We moved from the North Slope to South Slope and found it nearly untracked. We dropped into a narrow cut that houses the snowmaking pipe. It was some of the best skiing of the day. After several laps on the South, we hiked to the Snow Pocket and took a break. We were completely alone. 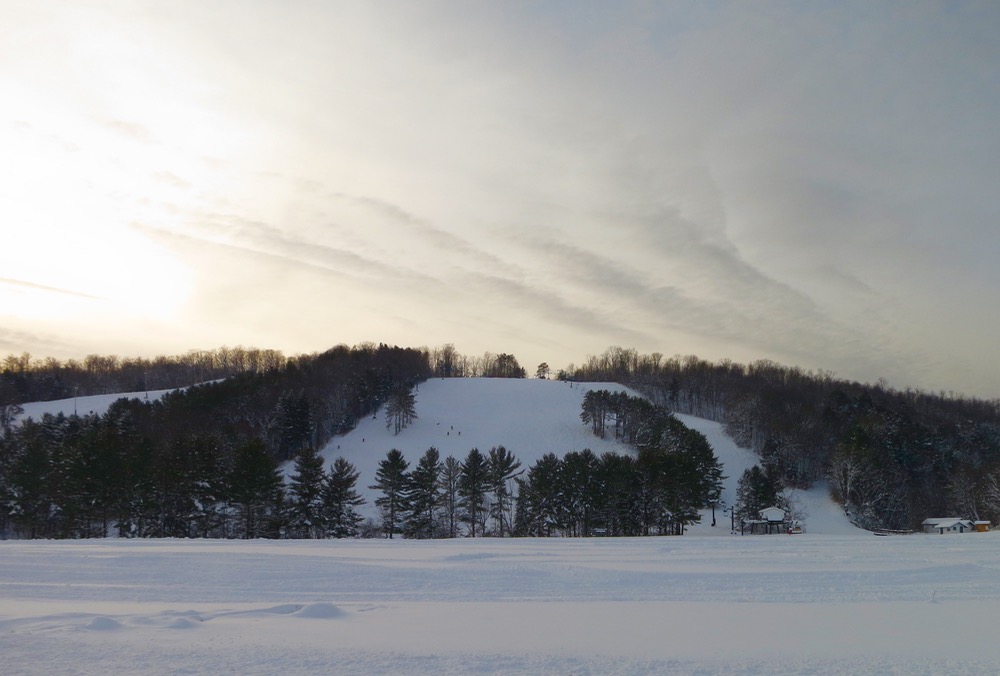 We skied until 3pm. Before calling it a day we explored the often overlooked trails beyond the North Chair: Cruikshank, Johannsen, Challenger and the Sugar Bush Cut.

I’ve yet to have an average day at Snow Ridge. A small family business, with more terrain than you’d think, the snow is excellent and fresh tracks seem to last all day long.

The highlight of this underperforming season so far, today will stay with me for quite some time. Thank you, Snow Ridge.