This year I’ve really come to appreciate Snow Ridge. I was already a big fan, but this year I really got to know the hill. I’ve been fortunate over the years to ride with some well versed locals and even Nick Mir himself, but this year I explored on my own. 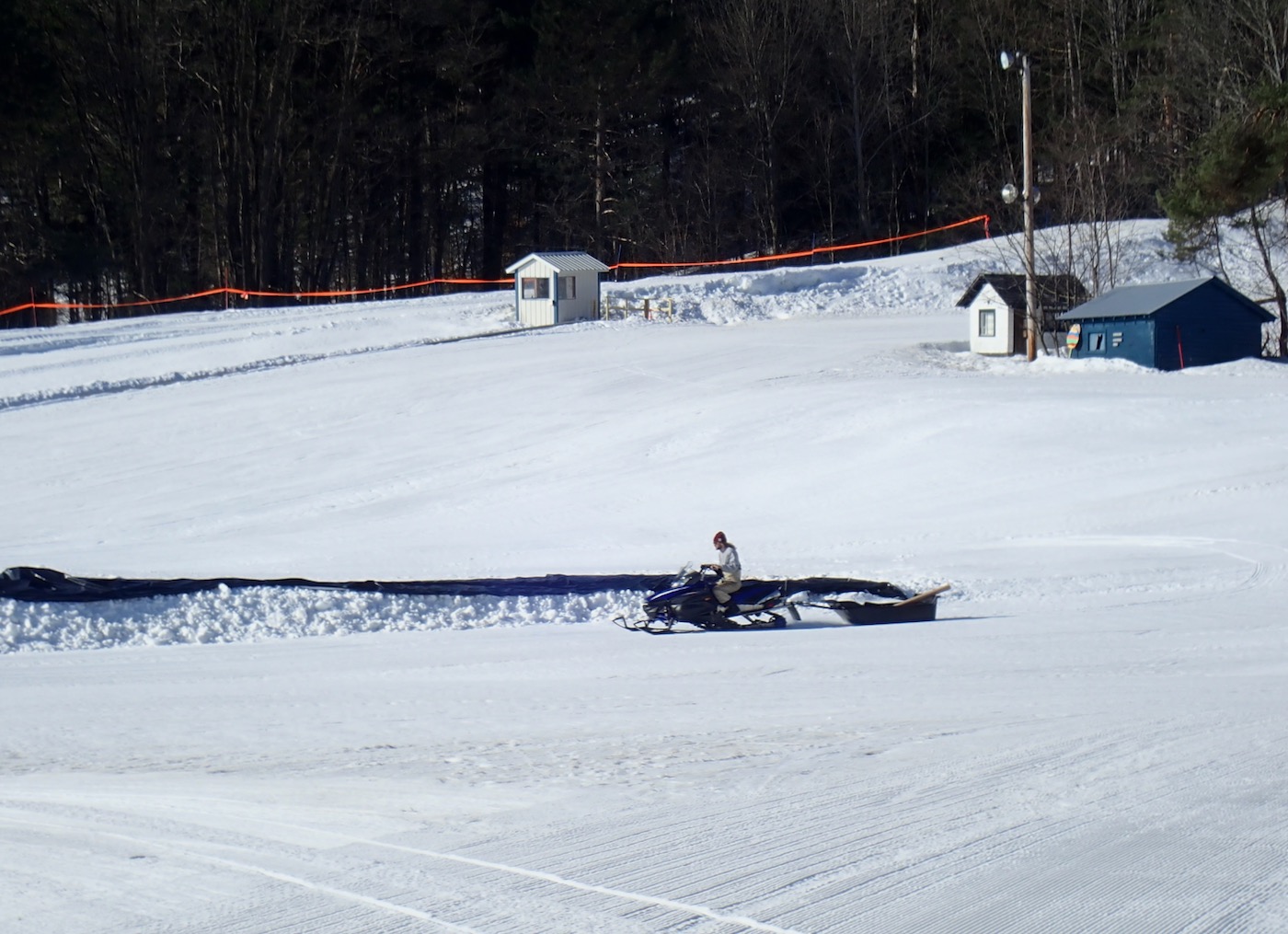 I went deeper into the Snow Pocket than ever before and like Thoreau on a snowboard, came out a new man. All that sweet powder I rode earlier in the season was now part of a deep base. When Snow Ridge announced its pond skim for Sunday, I called Alex and he grabbed his towel. With temperatures in the upper 50’s we headed to the beach. The sun was already blistering when we were gearing up in the lot.

We dropped a layer and grabbed our tickets before heading up the lift. Coverage looked great across the whole slope and it was brightly reflecting back at us. We started on the groomers of the South slope before heading to the North. 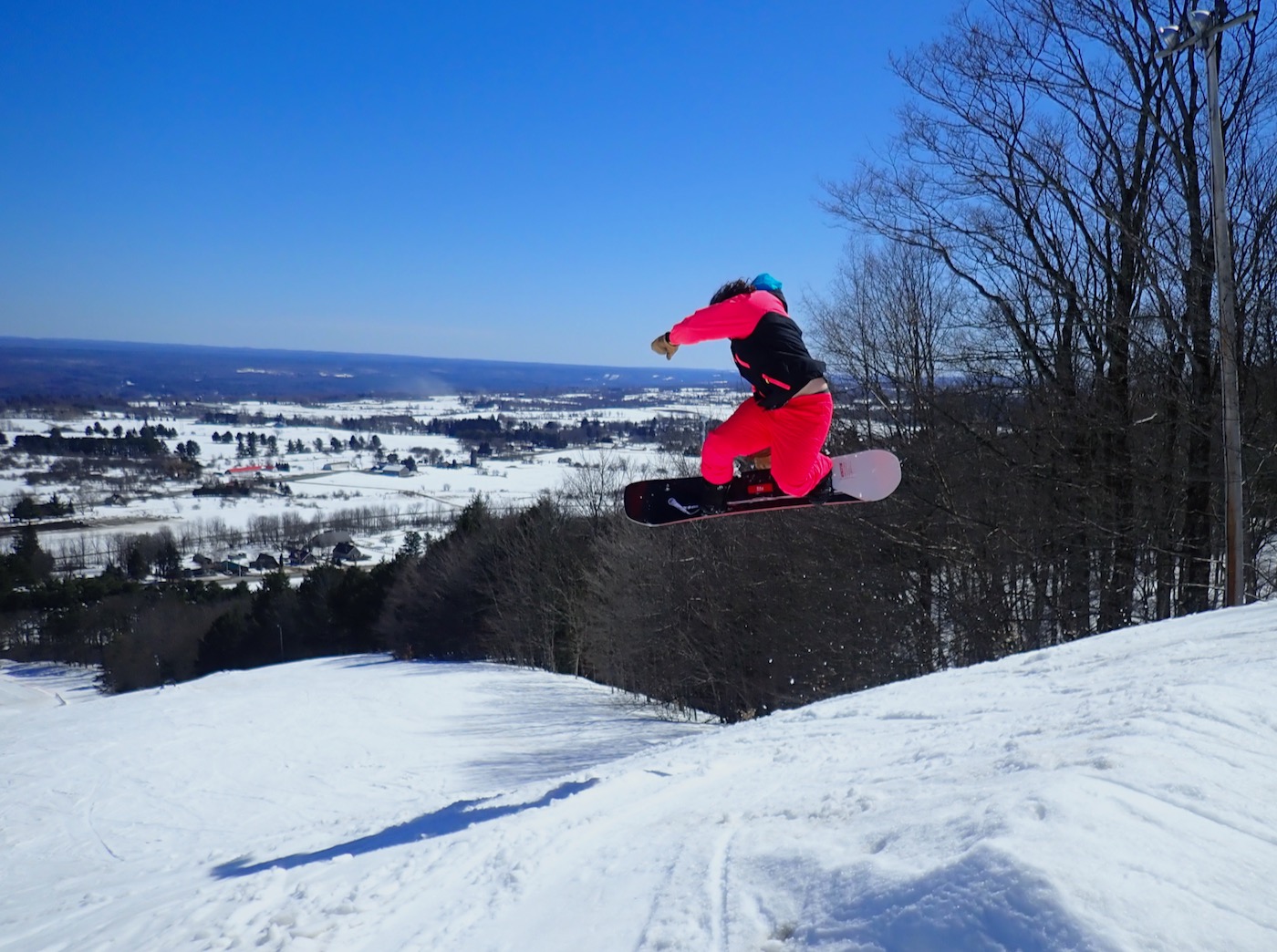 Conditions were prime spring and lifts were ski on all morning. From the chair we could see the deep crisp S turns and circles we left on the groomers.

We tested the snow at the entrance of Johannsen, but things were still a little firm. We took a few more laps to let things soften and then dove into the trees.

The Snow Pocket opened at 11am, we were alerted by sign at the top Kuersteiner. It seemed only right to pay our respects to the melting snow that was once deep powder. We broke a sweat as we rode up the T bar. 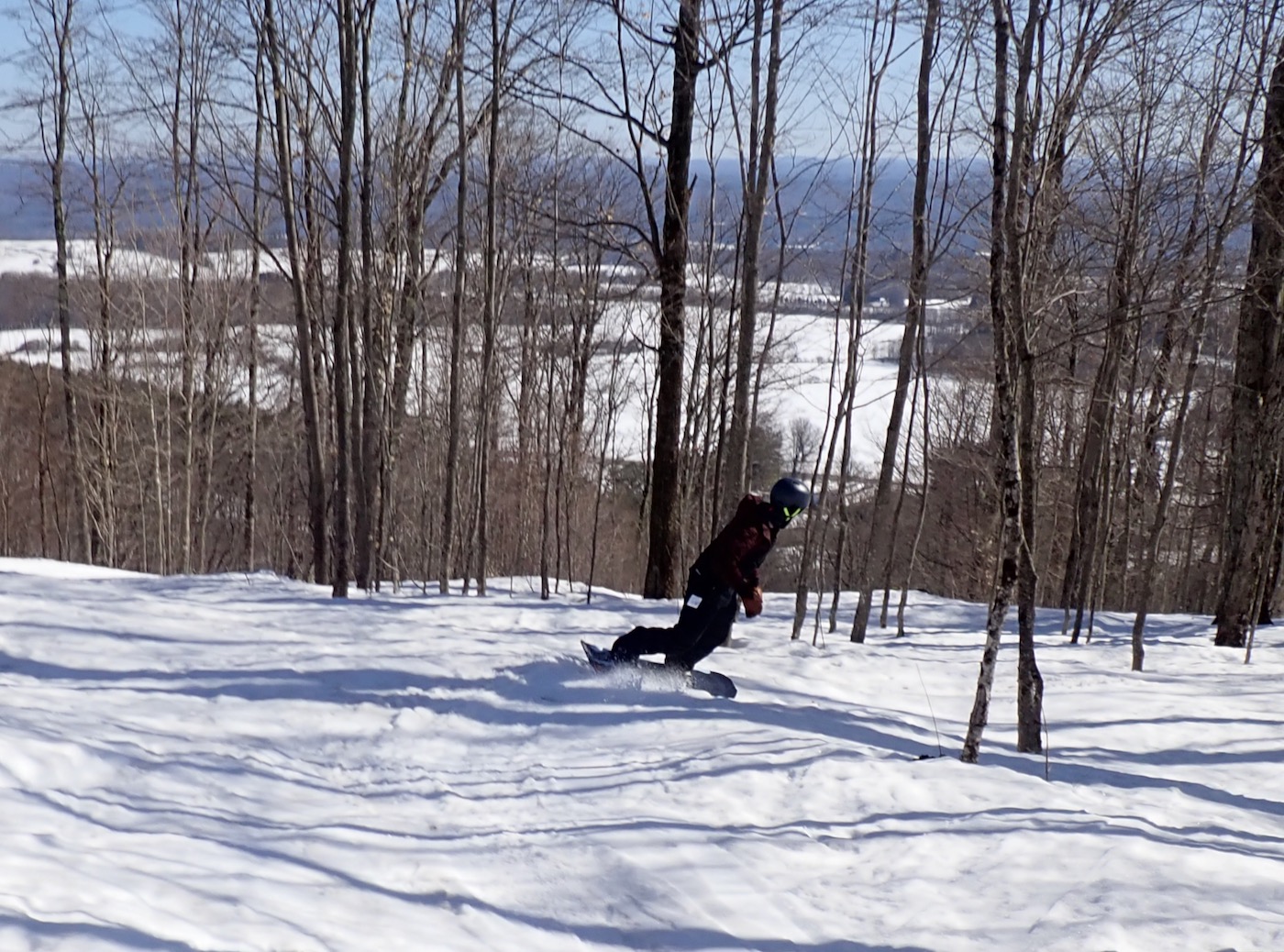 It was apparent there was a lot more snow over on this part of the hill. I was excited to show Alex the deeper parts of the Sap Line glades I had found this year. We rode out into the trees and pulled up just above a clearing. We peaked down a tree well and there was close to 2 feet of base.

The shade provided protection for the snow so it was soft but not completely slushy yet. We ripped through the trees, hurdling over stumps and sending it off of naturally formed jumps. It was an absolute blast, the most fun I’ve ever had spring skiing. 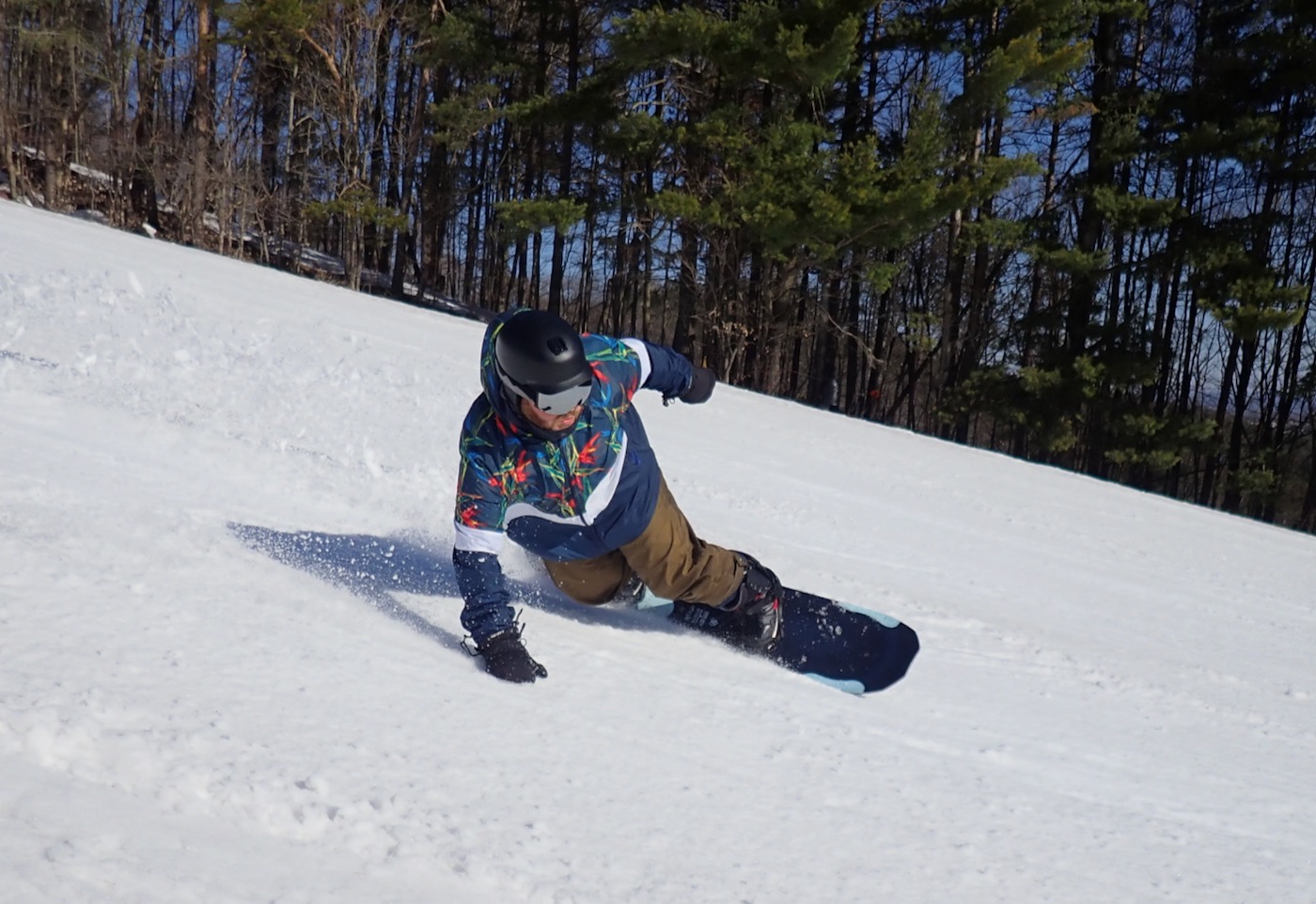 It didn’t take long before our legs started burning, it was quite the workout dodging trees and riding the T Bar. We said our goodbyes to the Snow pocket and enjoyed one last tear through the upper pocket glades before heading back to the main base area.

The tank was running low and we needed to prep for the pond skim, so we stopped by the Tavern for a break. We ate on the new patio and watched as Nick and crew put the finishing touches on the pond. After a serving of liquid courage, Alex and I donned our 70’s era leisure suits and headed up the lift. The skim is alway a great way to get some more use out of old halloween costumes.

At the top of the hill we were joined by Derek, king of sting, pond skimming pro. With no hesitation, Derek bombed the hill, no speed check at all and soaked the crowd before popping out dry on the other side. He would go on to throw a backflip out of the pond on his next run, an instant crowd pleaser. Alex and I — no slouches at the skim — joined Derek safely on the other side of the pond.

With the adrenaline fading we hung out and watched a few other riders charge the pond. It was almost 60 degrees and a lot of people were out in T-shirts. The stoke was high and the weather was perfect. You couldn’t have asked for a better day at the Ridge.

I had so many sweet powder days at the Ridge this year and being able to ride the Snow Pocket T bar one last time was the icing on the cake. Daydreaming of waist deep lake effect might be the only thing to get me through the summer!

11 comments on “Snow Ridge: A Day at The Beach”