For the second time in nearly 25 years, Plattekill opened the season with 100% terrain and all natural snow. If you were there, it sure felt like an historic occasion. 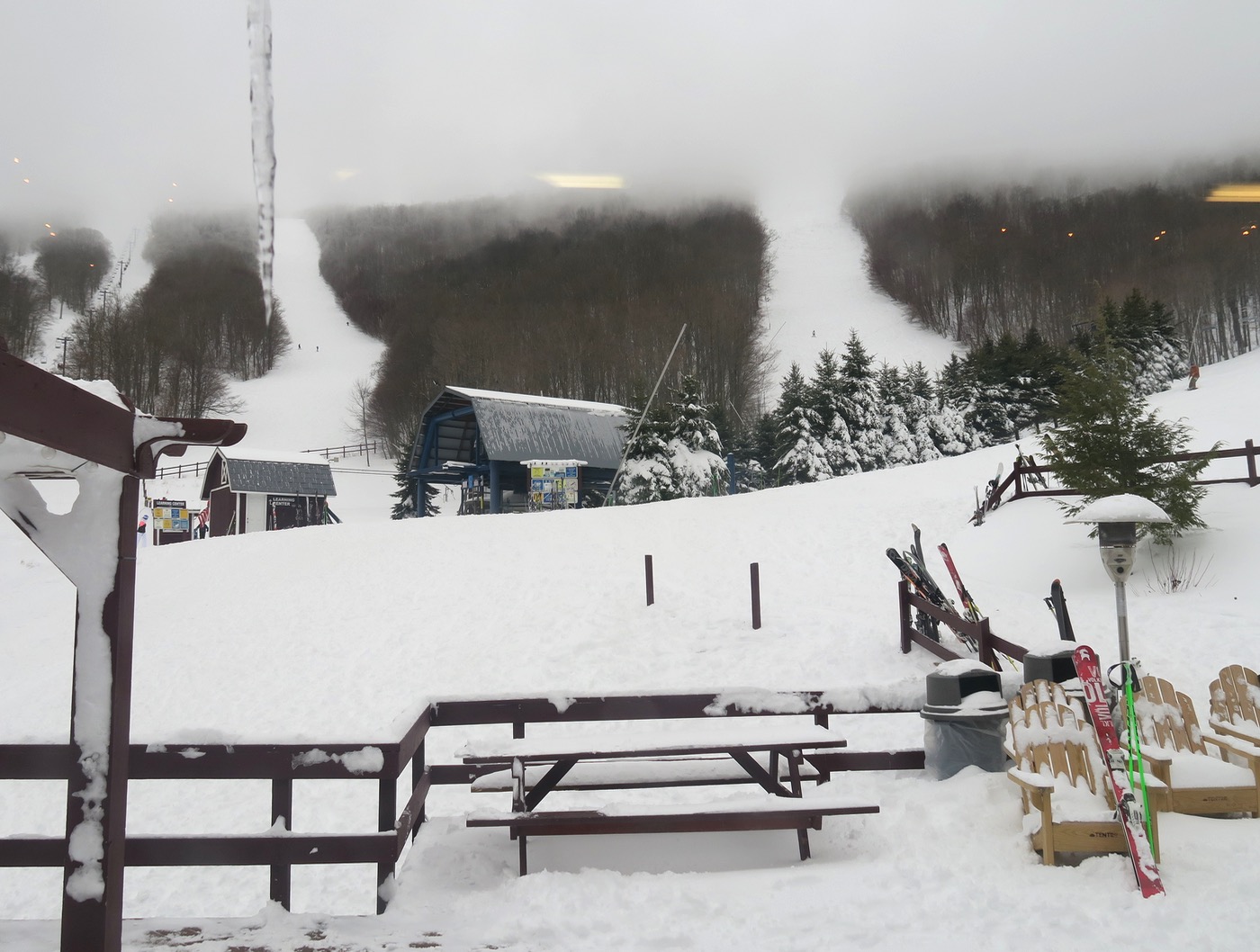 I set my alarm for 4am, Catskill Standard Time.  As soon as I looked out the window, I knew I was on the wrong side of the clock. There was an inch on my car and it was snowing hard at 20 degrees.

When traveling to Plattekill, my goal is to arrive by 8:10.  This gives me a chance to say hello, and still make first chair. Realizing that snow in the flatlands would add time to the drive, I left at 4:30 am, even earlier than planned, to try to make up some time. 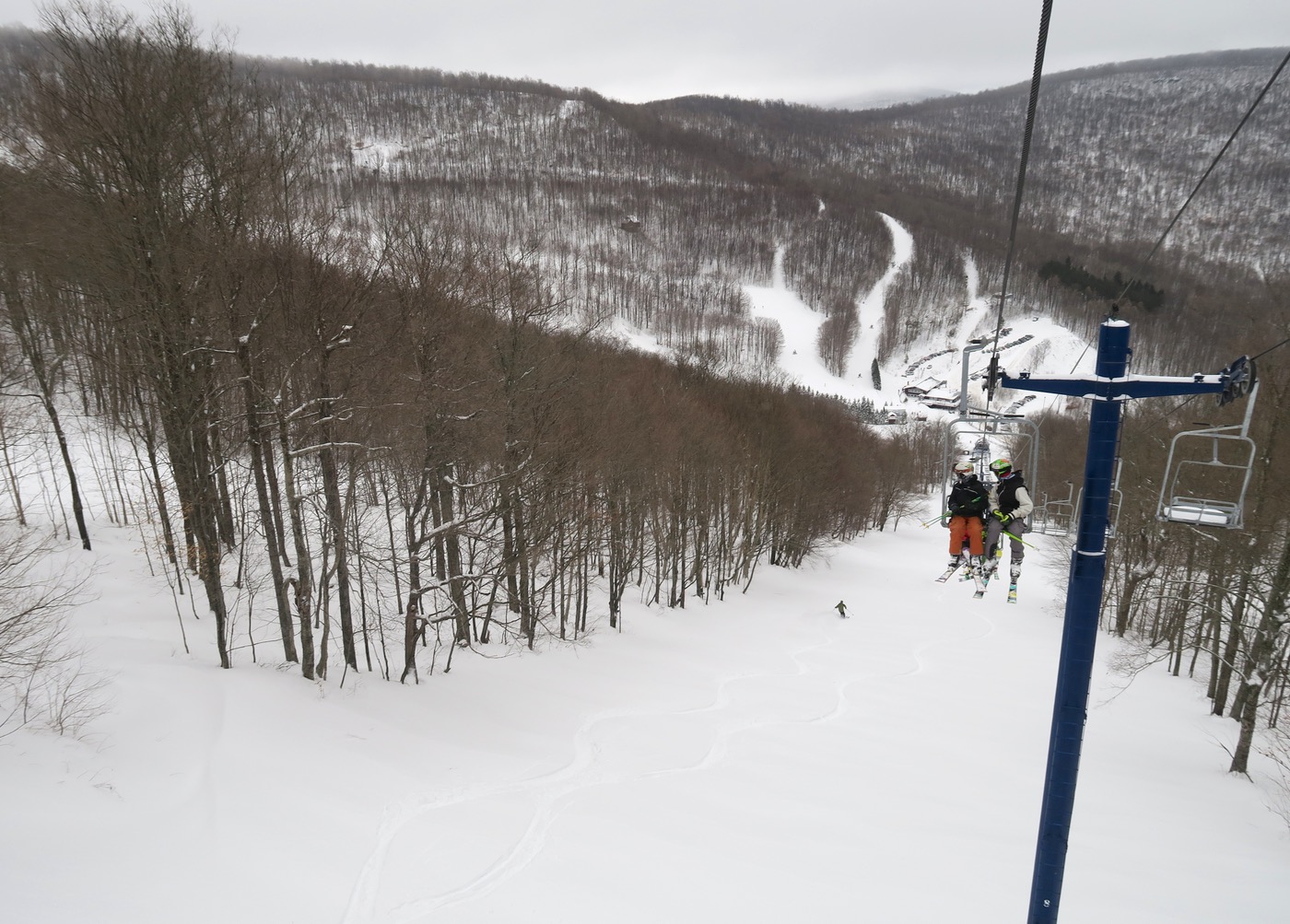 As I drove north the temps were steady, around 20 degrees. I guess I was coming up from the south with the storm.  The Thruway was much worse than Route 28 into the mountains.

There wasn’t too much traffic on the state route, and I used the double lane up the hill into Highmount to get by a super cautious driver. When I passed Belleayre, it was 24 degrees and some sleet was mixing in, banging against my windshield. 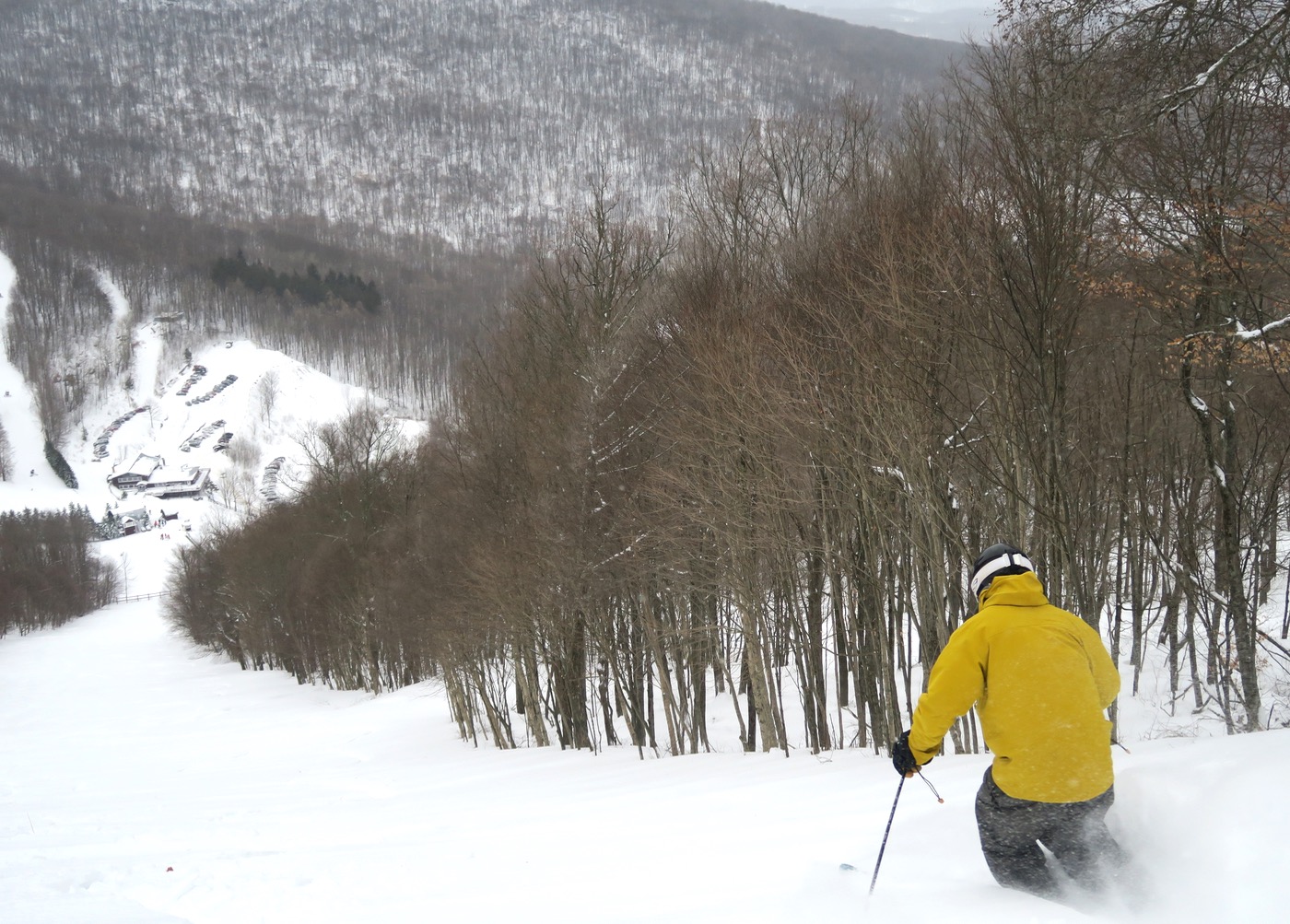 It was snowing hard and the wind was ripping when I finally arrived in Roxbury just after 9am. I was booted up and on the lift in under fifteen minutes, a personal record. Attached to my coat was something I will save: a Plattekill lift ticket for opening day.

Under the triple there were plenty of spots where manmade snow was piled deep.  But those whales were buried under a soft blanket and we never really touched any manmade with our skis.

The snow on that side was windblown. The easiest way down for me involved some serious tail gunning, although I did actually pull off some tele turns. Sundown was more wind-protected, with only three tracks before me, a big fun first run. 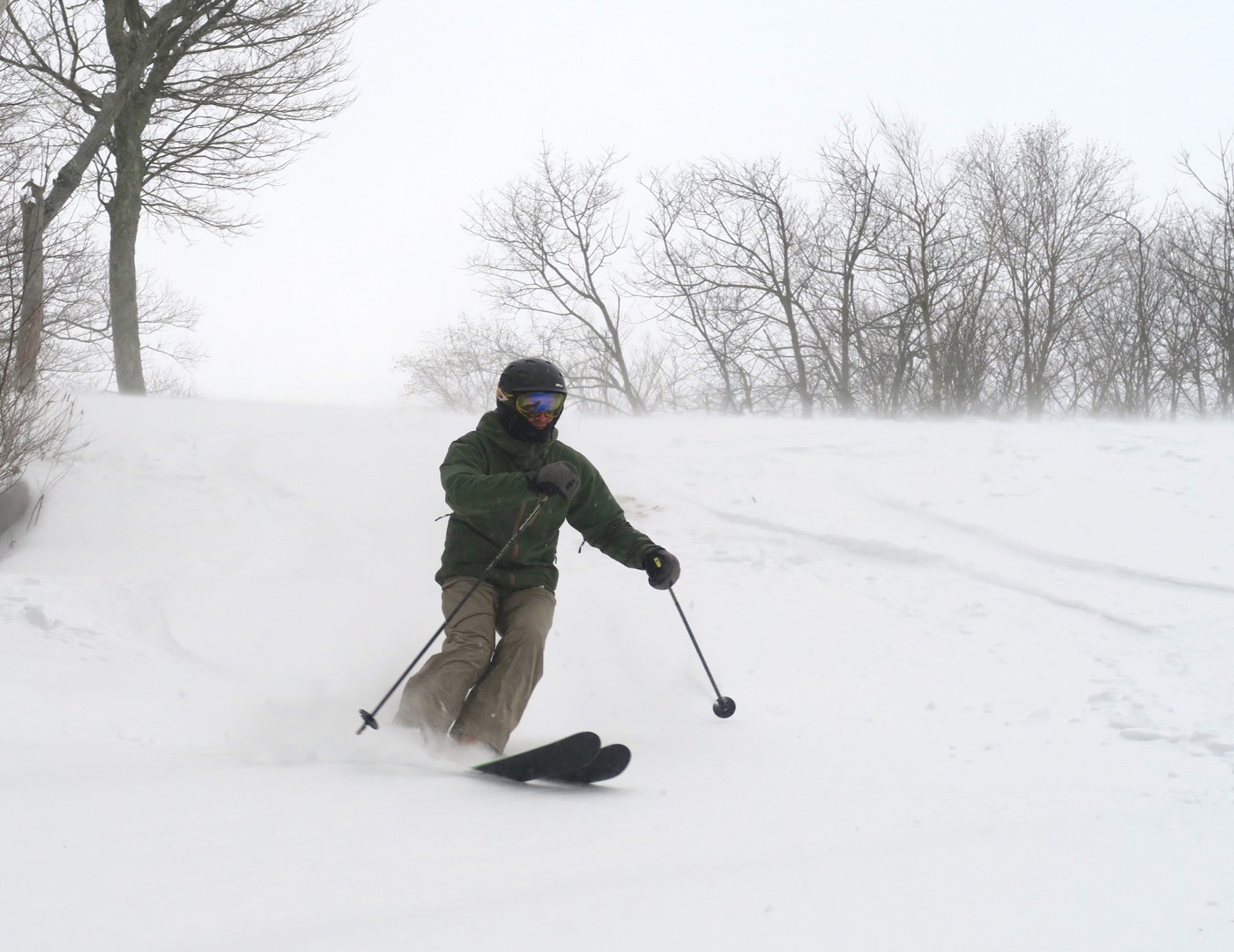 I found Scottski and Mogul Junkie. They were pursuing the terrain off the double before it was spinning. I love to ski with Plattekill fanatics heading out beyond the available lift served terrain.

There were first tracks everywhere. On Blockbuster the snow was much easier, on far skier’s right the snow was dreamy creamy. Overlook, Ridge Run, Twist and The Cliffs; I must have hit The Cliffs six times. I hucked and landed, with nary a thought, easy and fun. 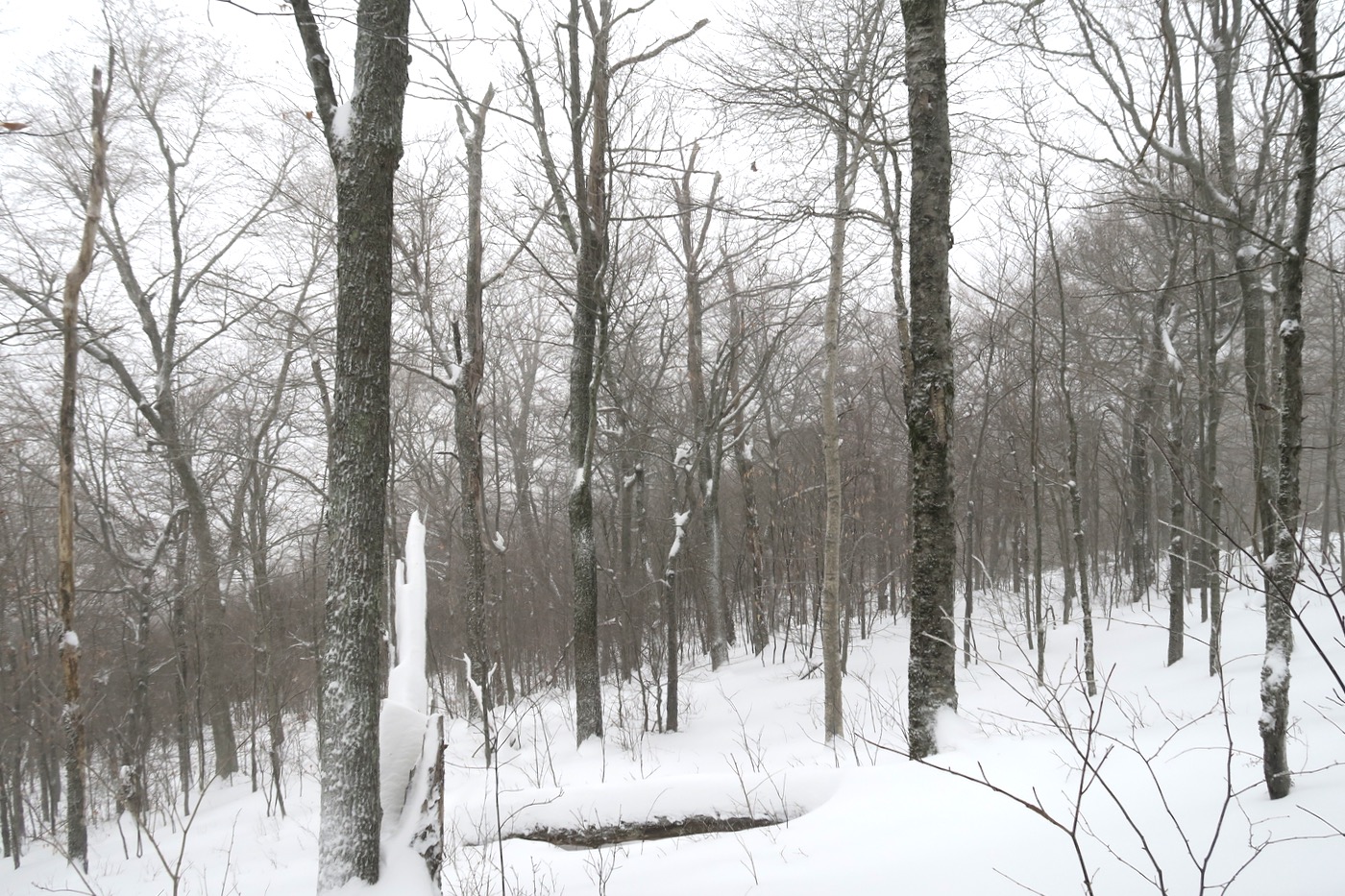 The trees were in play.  Scott and MJ know the mountain well. They skied smart to minimize bottoming out, and harvested untracked lines all day long. I did three or four runs through the trees and two were without incident. 🙂

For me, in the end, the snow was SO GOOD on the trails, I’d didn’t feel jumping into the trees was necessary to sustain my massive $hit-eating grins. 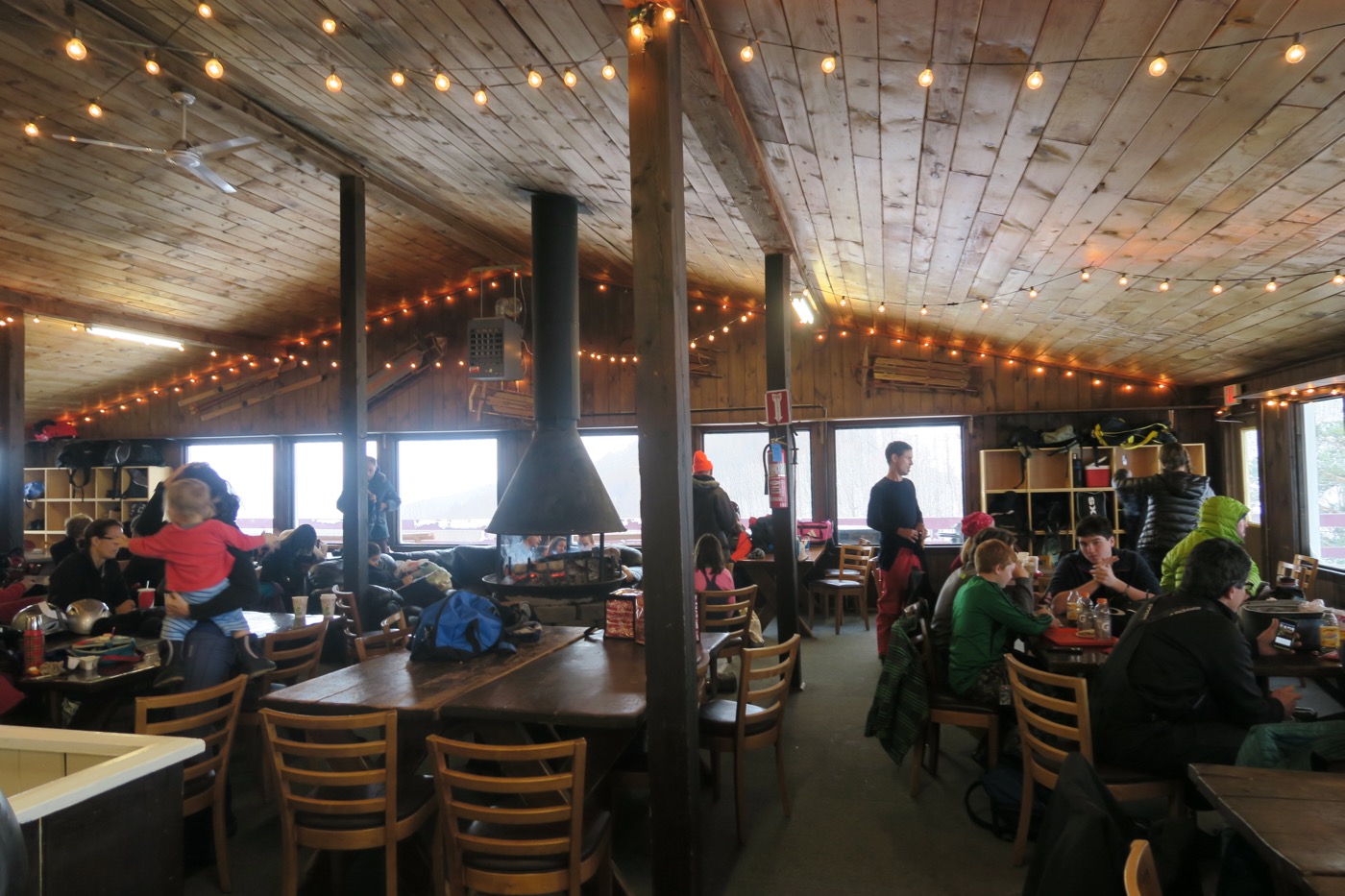 All day the skiers I met expressed amazement and joy about the weather and the deep, durable and soft snow cover. If felt like magic. No Laszlo would say “Not magic. Plattekill.”

So there you have it. It was all open, on all natural, and there was so much skiable terrain that there were fresh tracks well into the afternoon. All day long, if you were in the trees. On opening day.

Later, in my favorite bar in Delaware County NY, my friend Ace used the word authentic. The word has meaning that extends beyond “real.” The day was classic Plattekill: unreal and throughly authentic, all at the same time.

9 comments on “Plattekill Opens All Natural”