The regular season ended for me a week ago on a fine spring day at Gore. Still, sometimes the best turns come during the post season and mine got off to a sweet start at Plattekill on Sunday. 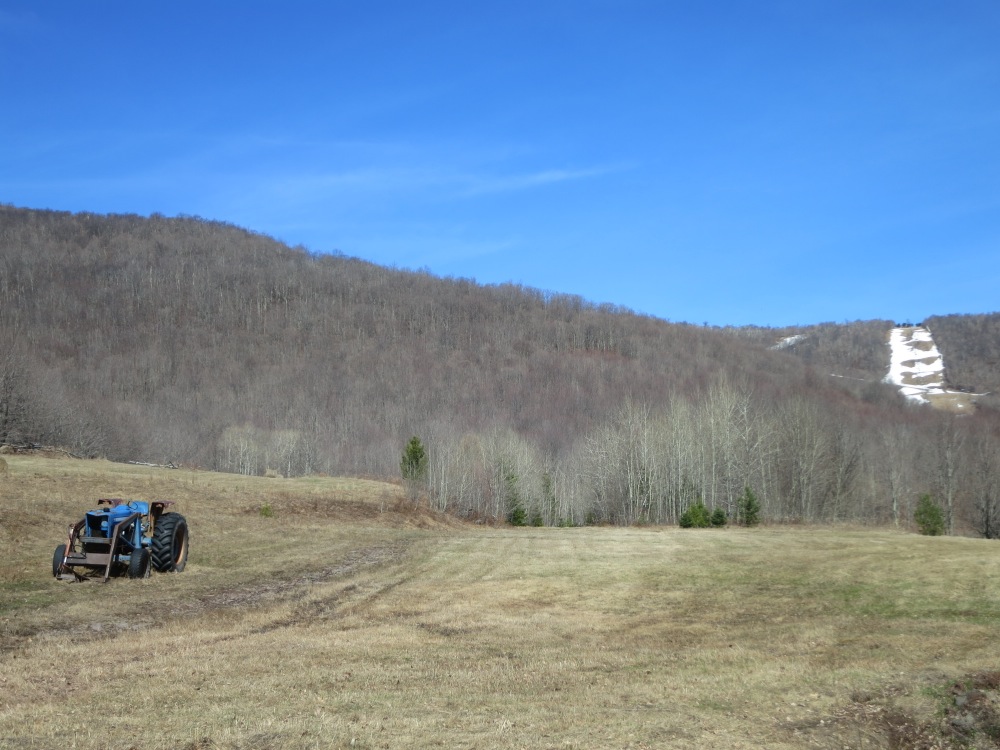 I’d been eyeing the PlatteCam all week. There was still good snow on a few of the trails in view and Blockbuster looked especially choice. I spoke with Laszlo and asked if he’d mind a few skiers earning turns.

He told me that on Sunday he was meeting with Plattekill’s Lift Ops team to review what they learned at LMS Conference at Jiminy Peak. They were going to be working all day, his only request was that we stop in to say hello. 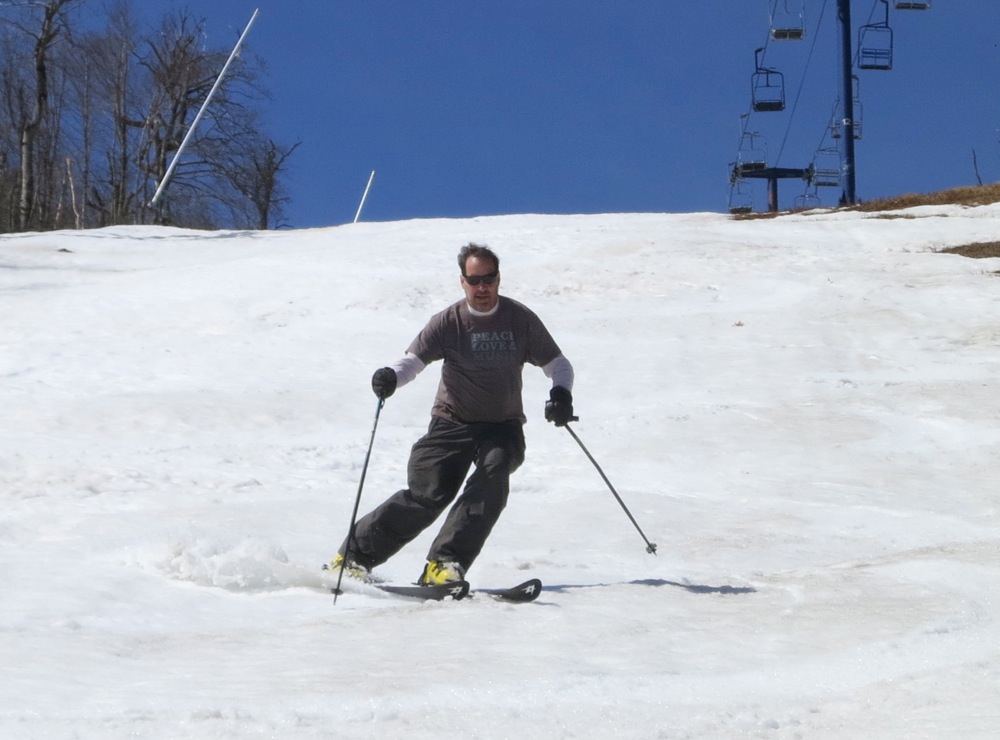 I arrived around 10am under a trademark Plattekill blue sky. Scott was leaning up against his pickup waiting and smiling.

We booted up inside the lodge, said hello to the team and headed outside. There was work going on around the mountain, removing tower pads and bringing snowmaking equipment down the hill. 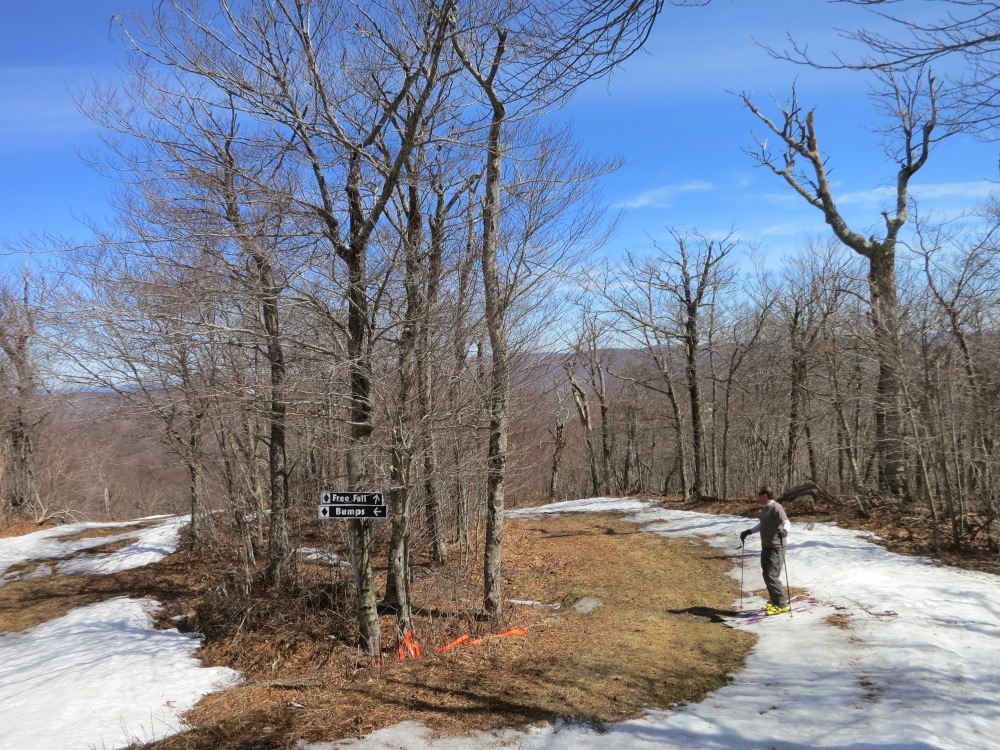 I’ve become a big Plunge fan. While Freefall will always be my favorite, I really like the new headwall snowmaking and the half-and-half grooming with the bumpline down skier’s left. I convinced Scott to head up Plunge for our first run.

As we walked past the lift with our skis shouldered, Jonathan the mountain manager asked us if we’d help him determine which towers still had pads. All we had to do was come back down Plunge and report on the number of the first tower without a pad. 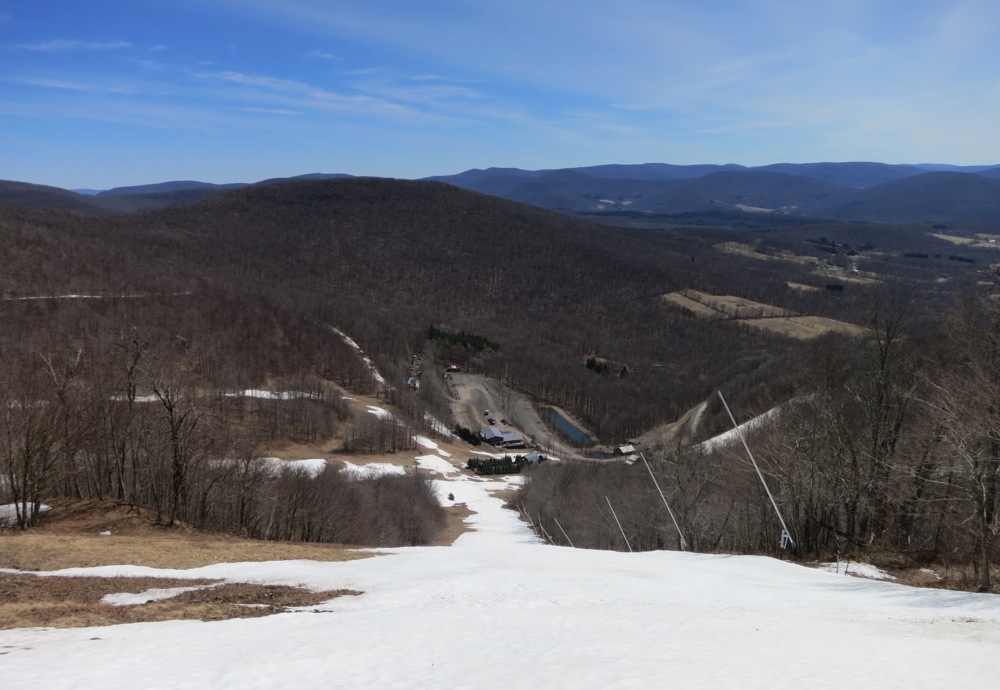 “No problem.” Then something cool happened. “It will be quicker if you ride up. Take this radio to stay in touch, and hit the stop button at the top.” Uh yea, game on.

Plunge was incredible. While the bumpline from skiers left was gone, the groomer half was perfect rain-groomed corn. At the bottom of the run I was giddy, tossing out superlatives and looking for more.

We met one other skier, a teleguy from Windham NY with a super cute pup, who was trying to skin and ski one run at each Catskill resort on his final day of the season. 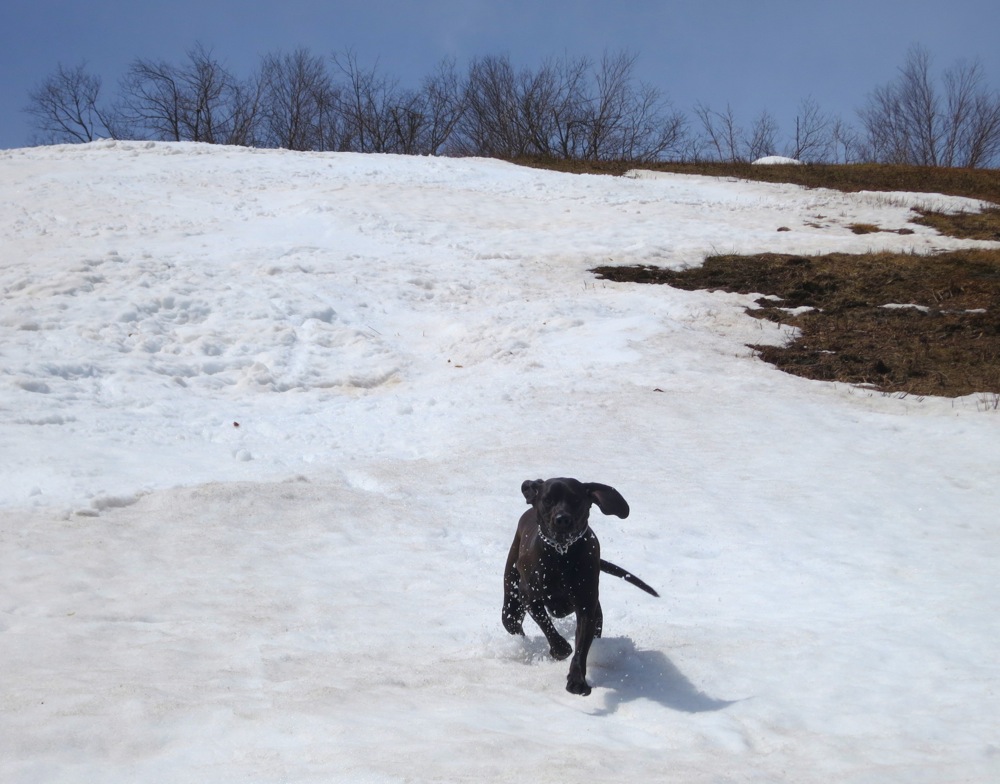 We skied Blockbuster, doing some creative grass skiing to connect the patches on the way over. Ultimately the best, most easily accessible snow was on Plunge. We were able to ski top-to-bottom by connecting Express Lane to North Face and then cutting over to Plunge on a snowmaking line through the woods.

Late in the afternoon we headed back into the lodge to thank our hosts. With no bar or restaurant open there was really no way to repay the favor. Laszlo said “Just post some good pictures, and remind everyone that the first season pass deadline is April 30.”

Done, and see you all at the NYSB Plattekill Work Day next fall.