The ski season is always a moving target. While many mountains plan to start on Black Friday, mother nature often has different ideas. The end of the season is even harder to pin down. 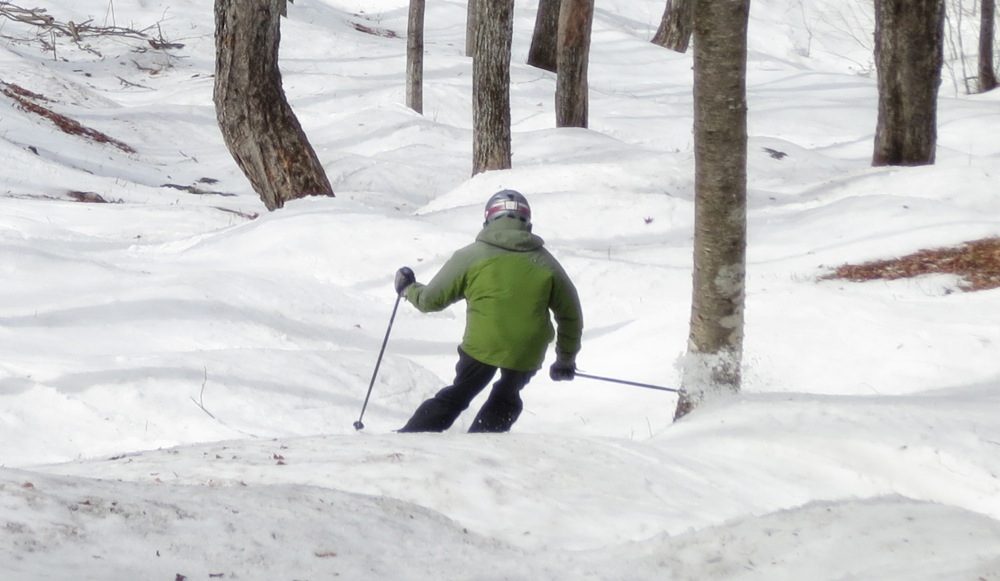 The season reminds me of the baseball calendar. Thin cover snowliage skiing is akin to spring training. The regular season begins on opening day and the All-Star break is Valentine’s Day.  But the analogy breaks down because end of the regular season is always a moving target.

Based on what I read on Facebook and in the Forums, last weekend was seen by many as the end. Several mountains called it on Sunday leaving more hills closed than open. 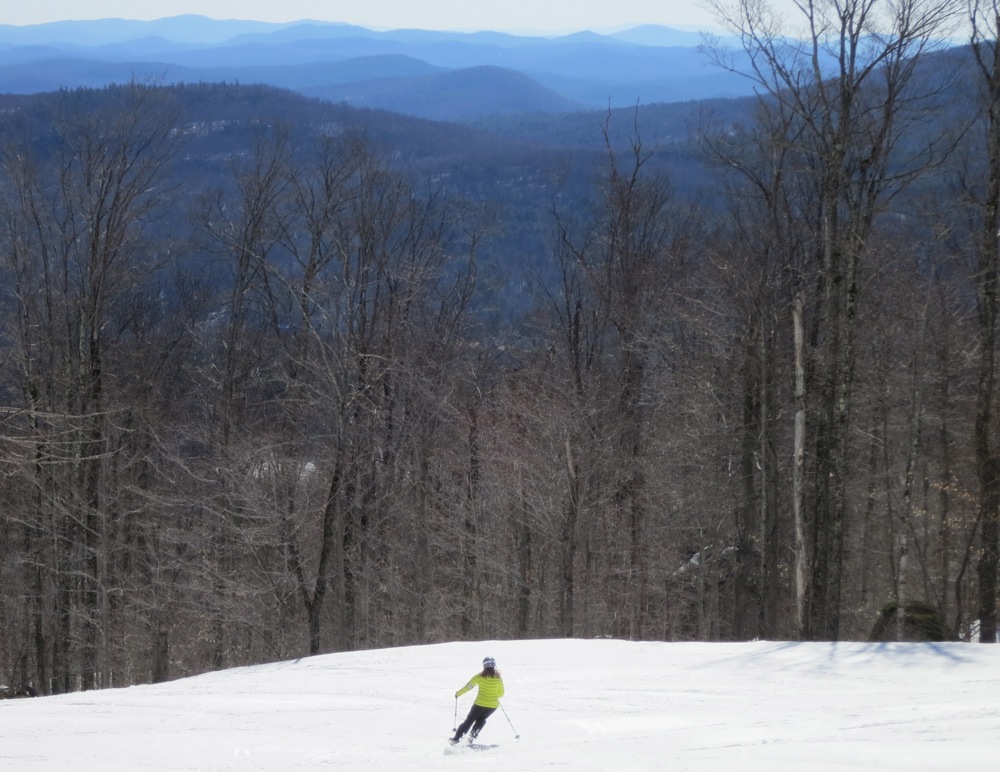 The good news was that sun finally came out and warmed things up for some proper spring skiing. Those who hung in late in the day Saturday got to ski soft snow and the trees were in play. Sunday was game-on from the opening bell.

By midmorning at Gore and across the Northeast a party atmosphere was pervasive.  We arrived a bit later than usual and started on Gore’s sunny, low elevation, front side terrain. 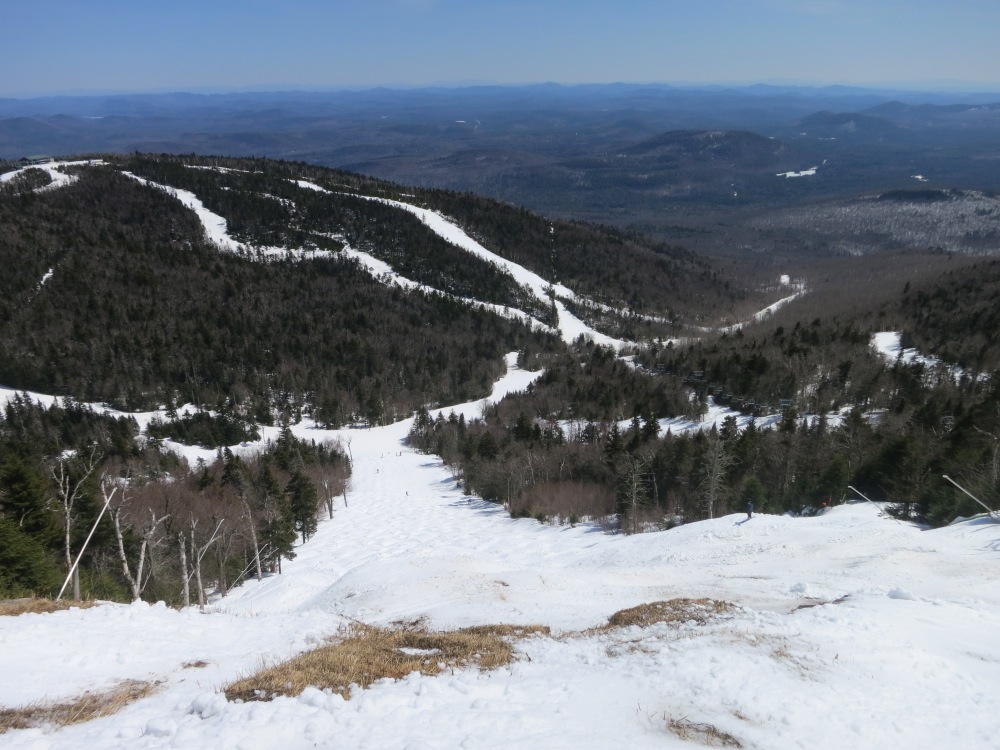 Our eight-year-old Neve was pushing us to head to the top from the moment we arrived. I tried to explain that skiing in the spring is different than mid-winter, where often the top has the best snow.

As the East Side got sloppy we moved on to the North. More shaded and with a higher base elevation, it was the next logical step. We had that side completely to ourselves, and I eyed up the Tahawas Trees, which were closed but looked prime. 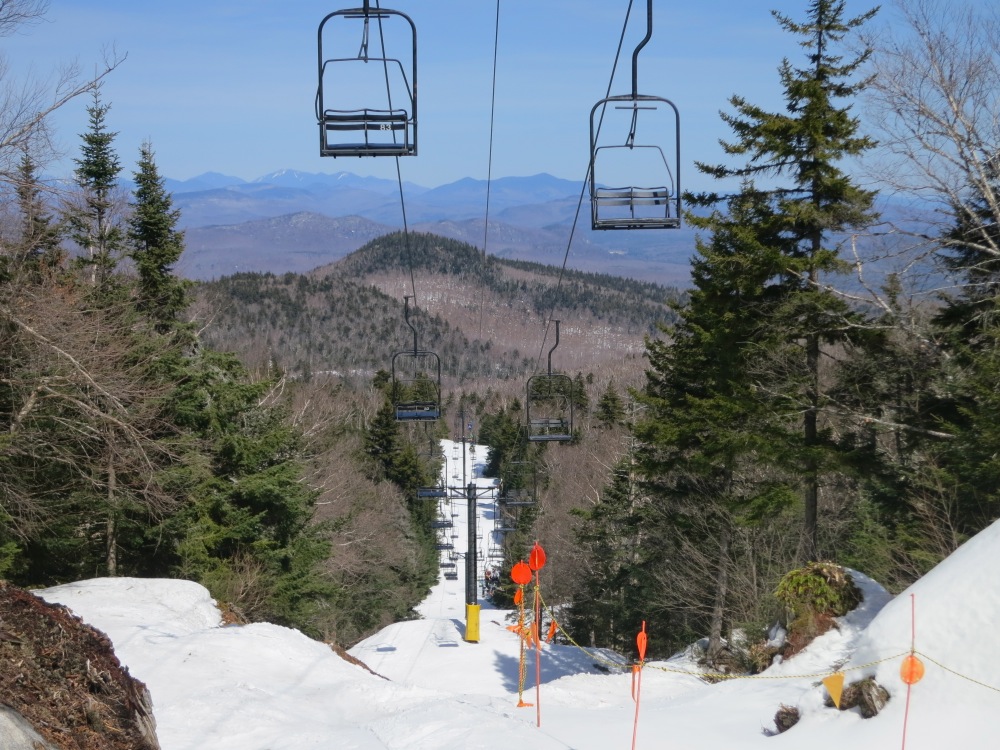 Finally we went head to the High Peaks Chair where we faced an inevitable contradiction. While Neve always seems to push us to “go to the top” she has been struggling relatively new fear of black trails. At Gore, that doesn’t leave much to ski at the summit.

We don’t generally push Neve, but today Zelda went where no man (in our family) has gone before. She was relentless with her suggestion that she try Open Pit, one of the easier expert rated trails on the mountain. 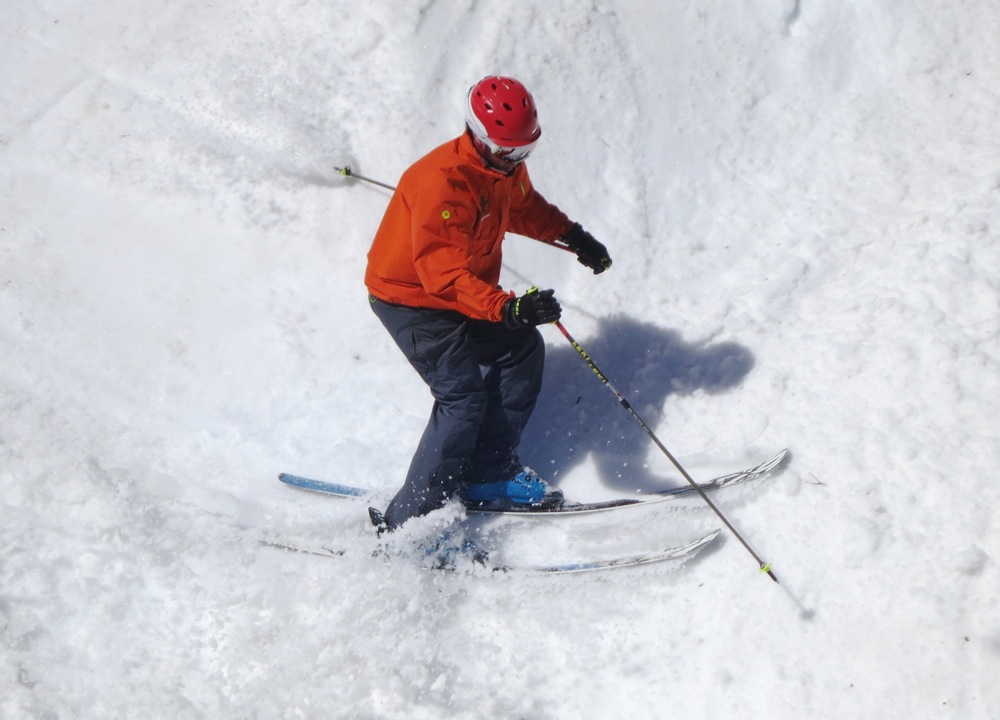 Neve finally agreed to try it and in melting snow handled it easily. Her reaction surprised us: “That trail should be rated blue. Let’s do more blacks!”

Firsts for her included Chatiemac, Hawkeye and the bumps under that Straightbrook Liftline. (Woohoo!) I’m not kidding myself into thinking that we’ve moved beyond the fear of expert terrain, but it felt like a very big day. 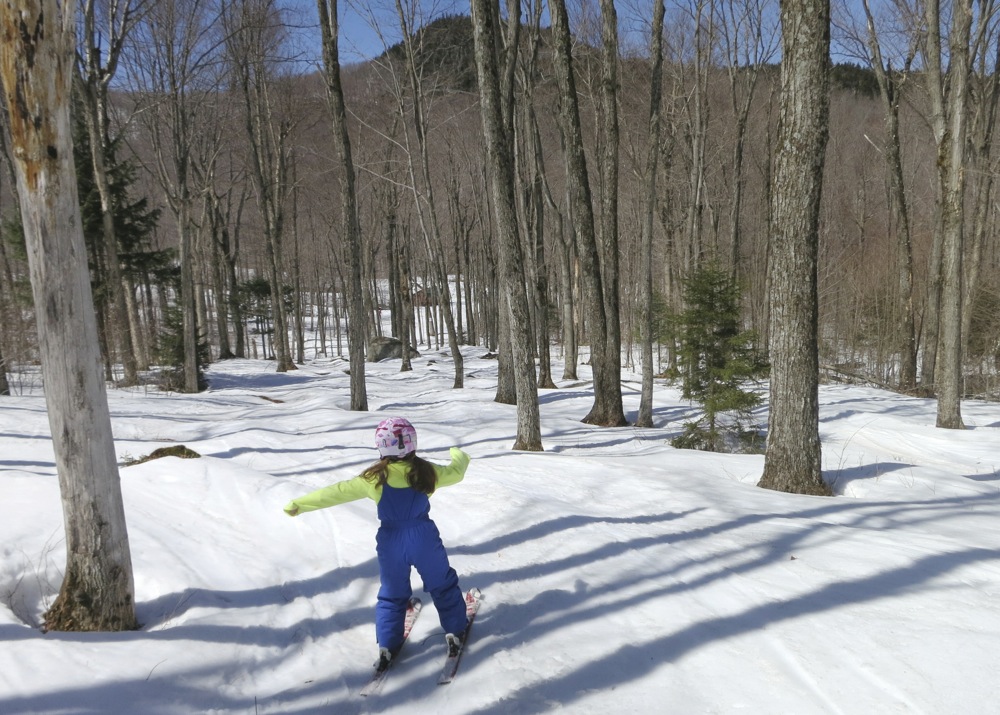 Near the end of the day I crossed trails with the Darkside Shaman who gave us a heads up. Tahawas Trees were open and skiing like a dream. It was the perfect opportunity to finish the day on some fun bumps to further boost Neve’s confidence.

While Gore should have another great weekend coming up, like many skiers, my girls are done for the year. I’m still holding out hope I’ll make it into the playoffs at Killington or the World Series on Mount Washington.

7 comments on “Ending the Regular Season at Gore”