“Backcountry skiing” means different things to different people. When I started skiing, it meant skiing on state land and making tracks in ungroomed snow. At first, we followed trails marked by the state. 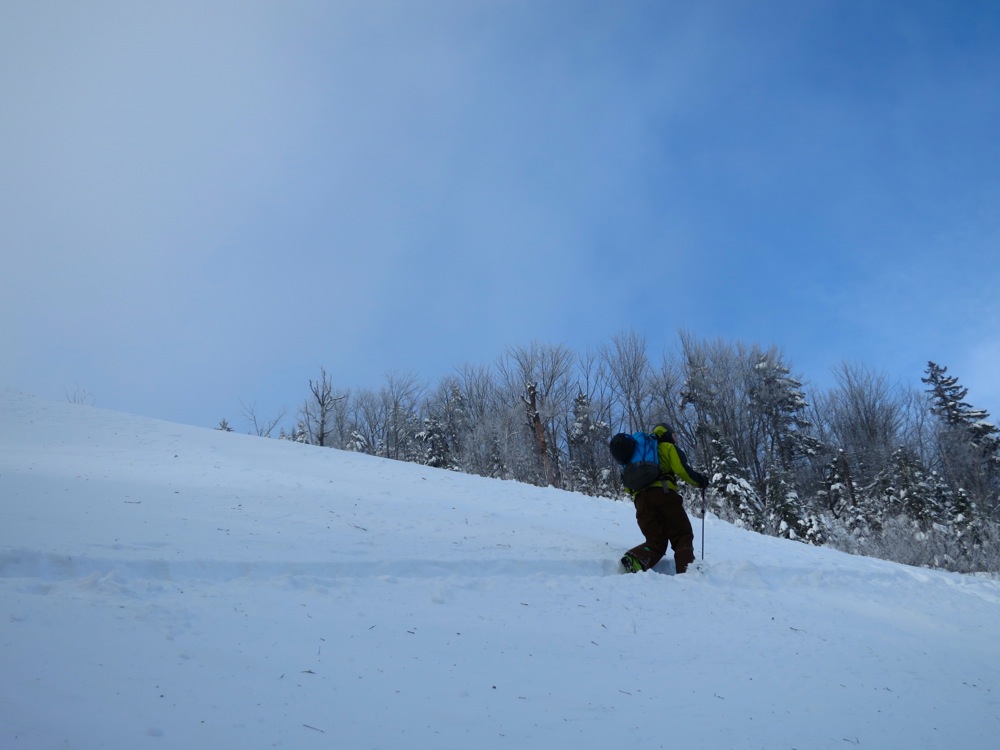 As we became more confident, we’d set off with a destination in mind, a USGS topo map and a compass. Other times we’d look for hunter’s paths to follow, which are seemingly everywhere in the our corner of the Adirondacks.

In the last ten years, I’ve been drawn into lift-served skiing for several reasons. For one thing makes skiing in November possible. Plus, with a young child, it’s just easier. And yea let’s face it, it’s a hell of a lot of fun. All that vert, and in between runs you’re chatting it up with friends and family. It’s easy to like it. 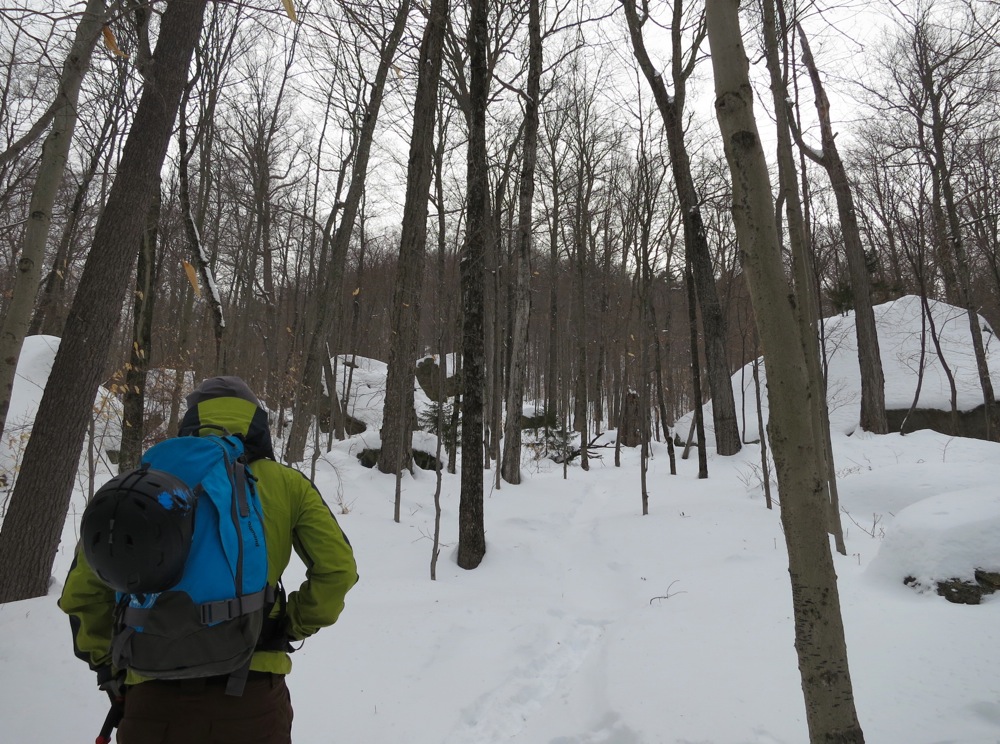 But if you’ve spent time earning your turns and skiing without lifts, that has a strong draw too. It’s a more subtle experience, and having been away from it for a while I’d forgotten how exhilarating it can be. 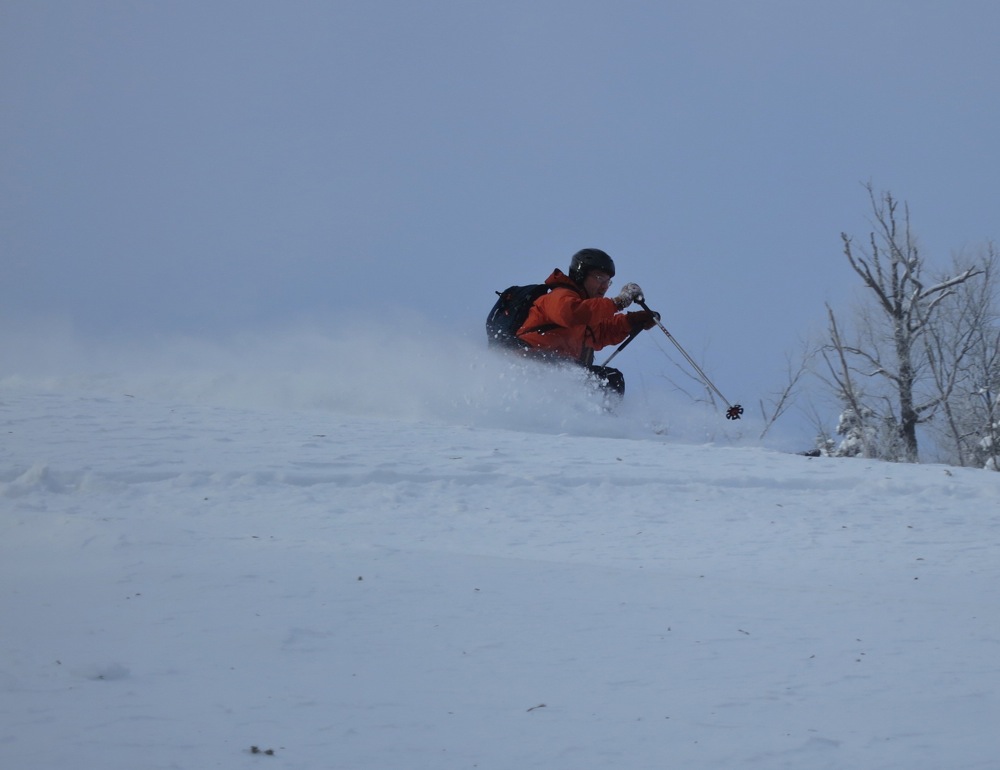 Over the recent holiday, I was offered the chance to ski with some friends, to do some skinning, take in some beautiful views, and ski snow that was surprising unaffected by wind or sun, given it’s exposure. 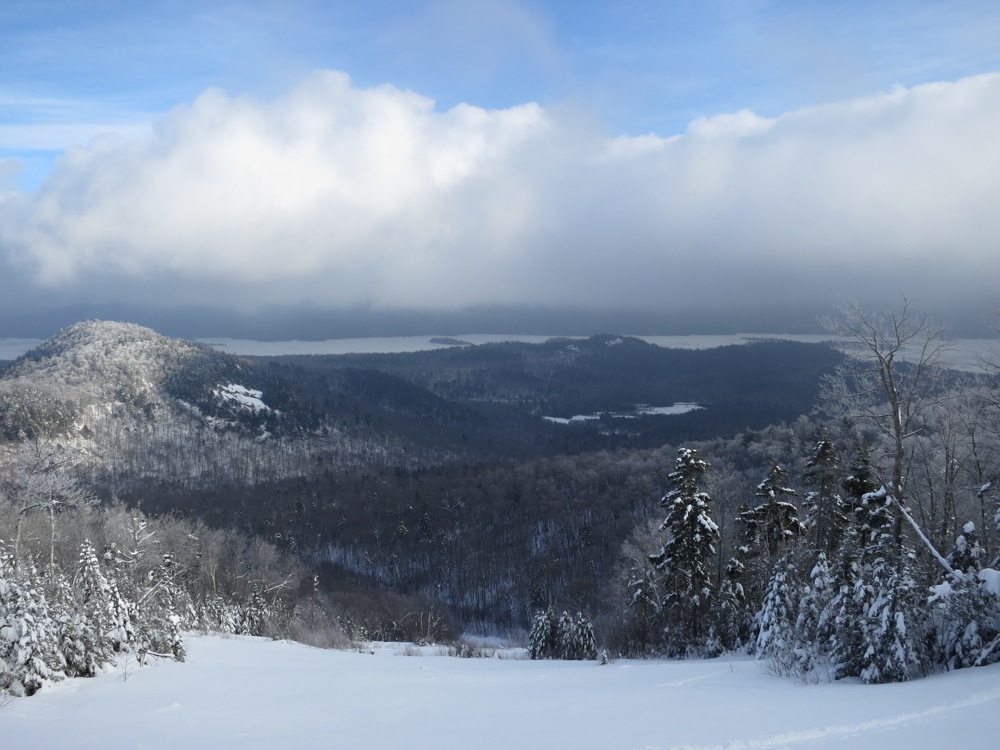 I’ve always enjoyed climbing.  With regard to the downhill, I don’t think I’ve ever skied anything that steep. After getting beyond that my perception of the pitch, I really enjoyed it.  I think soft snow seems to take ten degrees off any slope. 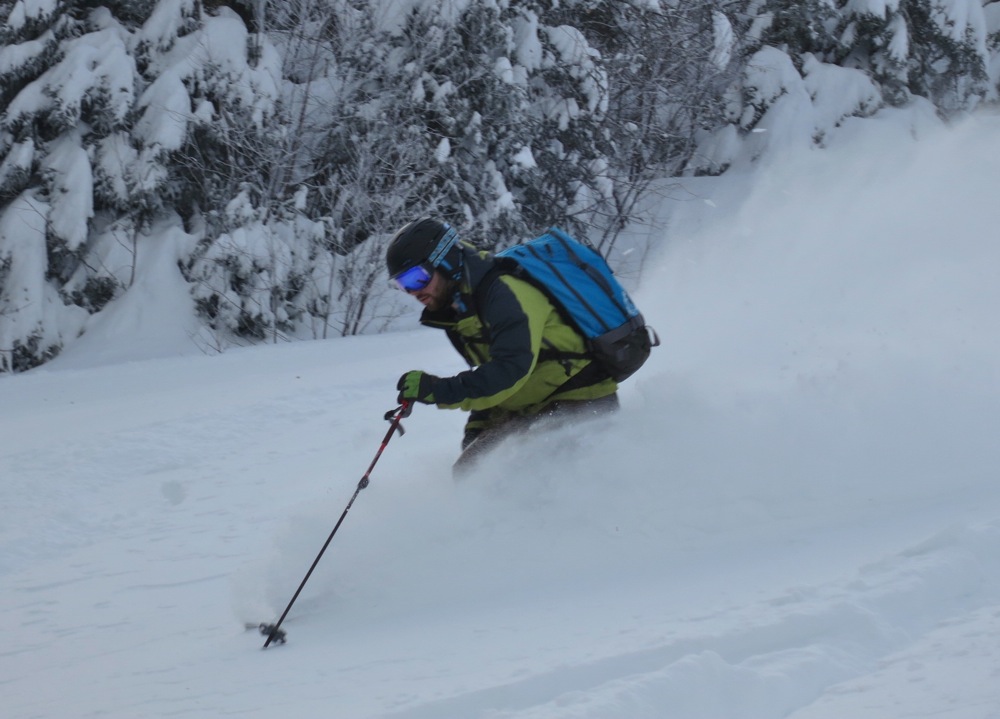 I don’t actually know if this will become an NYSkiBlog backcountry series. Job and family commitments make alpine skiing simpler to manage in many ways. But the exercise and feelings that spring from being out in the mountains, really out there, make me want to try.  Guest authors are welcome.