It seems like everyone has an opinion about Magic Mountain in Londonderry VT. I certainly had one, and I’d never skied there. Over the years I absorbed enough to know that the old school hill was the place to be when storms dump on Southern Vermont. 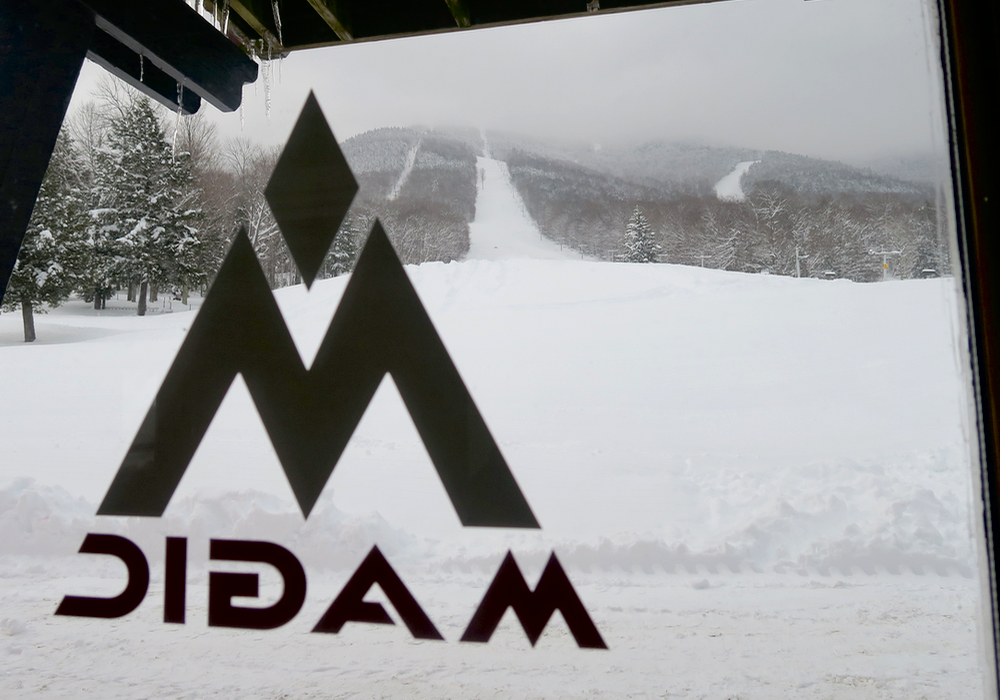 I started to think about skiing Magic at the end of a big pow day at Hickory back in 2014. I met GetAmped who told me he lived in Schenectady, which was as he described it, “perfectly positioned in the center of the Magic Triangle.” I was already a big fan of the other two of the vertices of triangle, Plattekill and Hickory. But I’d never been to Magic.

Each year for the last four years, I set out at the start of the season to get there. But it wasn’t until last week that I made it happen. I was riding high from my huge Riley storm day at Plattekill, and when I came down, I wanted more. 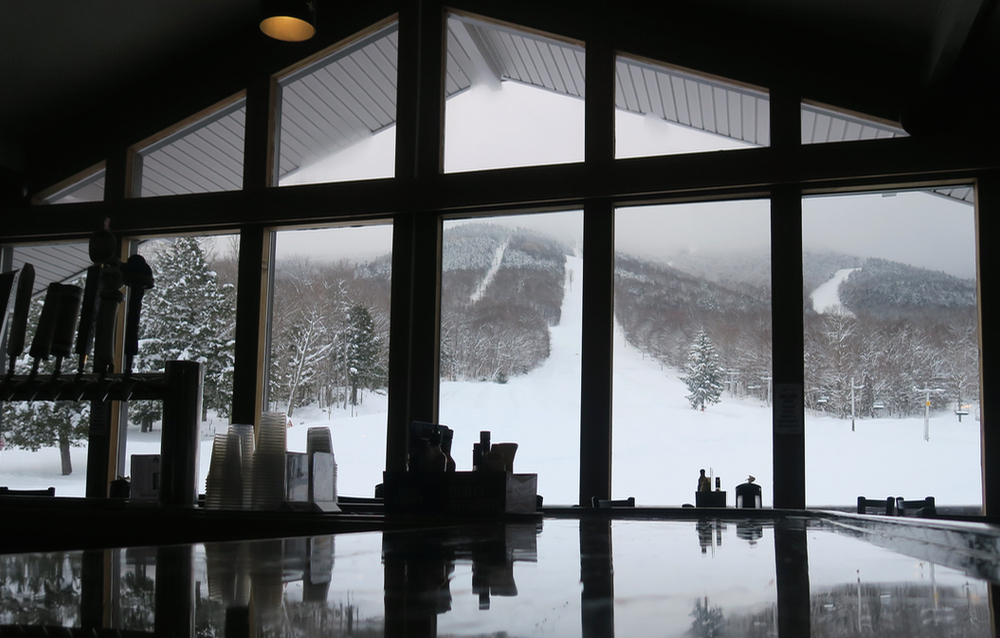 I’m not great at getting to new mountains. Winter is my favorite time of year, and also a full on panic, to get it all done and ski some good snow too. When I storm chase, I need a late week event, and I tend to stick within my comfort zone, places I know I will get the goods. But this time, Quinn, the nor’easter du jour, was focused on Southern Vermont. It was time.

I set my earliest ever ski alarm for 2:30 am and woke 15 minutes before it went off. It was long drive in the dark, it didn’t start get light until I was well north of Albany. I arrived at the mountain at 7:30, the only car in Lot A. I shouldered my skis and walked towards the lodge. The guy running the loader, who was clearing the lot, looked at me like I was insane.

Crazy maybe, but I knew my day could be merely great or absolutely off the charts. TGR is the online home for Magic and I’d made an mildly awkward request for ski partners in the forum earlier in the week. PM’s were exchanged and my plan was to connect with Magic diehards MMP and Rusty Groomer who offered to show me around. I didn’t want to blow my shot to ski with those guys.

I’d had my boots on for most of an hour when Rusty showed up. Magic is low key with regulars wandering in close to opening. The Red Chair started spinning a few minutes before 9am. Patrol went up shortly after that and a bunch of us headed over to get in line.

In much the same way winter storm Riley seemed to specifically target Plattekill, the nor’easter dubbed Quinn dropped more than 30 inches of snow on southern Vermont and Magic was in the bullseye. On the day after the storm, I was welcomed by Magic’s equivalent of Gore’s Men in Black — the tree skiers who know all the secrets of the mountain. I’d done an interview with Magic’s Ops guy Matt Cote in 2014, but beyond that they didn’t know me at all.

Magic is one of those hills that can run on a single lift, and it often does. The red chair is 5300-foot Heron-Poma lift that was built in 1971. The fixed grip lift rises through a narrow cut in the trees and stays low to the ground, out of the wind. As I rode up the fabled Red for the first time, I was incredibly excited about the day ahead.

Six of us assembled at the summit and took it slow to start, heading down a cruiser on the east side. The snow was astonishingly consistent, not the wind slab I was expecting after such a huge dump.  The trails were a mix of perfectly soft and delicious bumps and untracked sides.

At Gore we have a saying: “thin cover is code for great snow.” It seems like every skier wants more snowmaking at their home hill, and I guess I do too. But I love skiing 100% pure and all natural bumps over a base of grass. That’s harder to find at a mountain with 100% snowmaking. Time marches on, but the old school hills really appeal to me.

The difference on this day was that nothing was thin. Perfect snow raises my energy level by a factor of three and I’ve never skied bumps this perfect. In a reprisal of my Riley day at Plattekill, I was cranking tele-turns almost exclusively the entire day. I couldn’t stop smiling as the Magic Men were cheering me on.

Two trails that I loved the most are actually listed as glades on the map: Twilight Zone and Goniff. It was hard to tell if they were originally glades that have gotten thinner over time, or if they were trails with large trees that were left in the middle of the piste. I hate to use the word magic over and over, but the feeling was strong and I’m having a hard time coming up with another way to describe the feeling I had while skiing those runs.

It wasn’t long before we got into the trees where there was plenty of flat snow everywhere. There couldn’t have been too much natural snow in the trees before Quinn, and I’m here to say the mountain is fully in play on three feet of snow. It was go anywhere launchable, with anything with soft landings on the backside of every drop.

In the afternoon we went into Don’t Ask, Don’t Tell (name changed to protect the innocent). I was told that “there are some nice mellow open lines further down.” Yeah. I dropped in last following Speedfreak as everyone hucked off the big rock. I crash landed and came up smiling.

By 2pm we were all pretty beat. The Magic Men had skied all out in the storm the day before, and I’d had 3 hours of sleep. We headed in for a beer, but I noticed that no one took off their boots. I left mine on too, and around 3:30 we headed back out for last call.

I’d long heard Magic had the best terrain in Southern Vermont. I’d assumed, correctly, that that meant it was steep. But beyond that it’s incredibly fun. It rolls and dips, bobbing and weaving like a prize fighter in his prime. Putting a big load of perfect snow on top of that is all you need for a great day. But what I will remember most was the warm embrace I got from those Magic People. Thank you so much, I will never forget my first time.

11 comments on “Magic: You Never Forget Your First Time”