Despite the rapid approach of the end of the season, I’ve had an amazing few weeks. I followed up BB2 with a deep Monday at Jay Peak. Then this weekend I hit up the second annual Flower Skateshop Rail Jam at Snow Ridge. Like Berms and Brews the park jam has become one of my favorite events. This year the guys from FlowerSkateShop and Snow Ridge really upped their game.

Saturday morning was still crispy at 9:30am when I pulled into the Ridge. I ran into Flower Shop rider and style guru Nick in the parking lot and asked how it was looking. He had helped set up the day before and with the freezing temperatures overnight, the features were set in nicely. 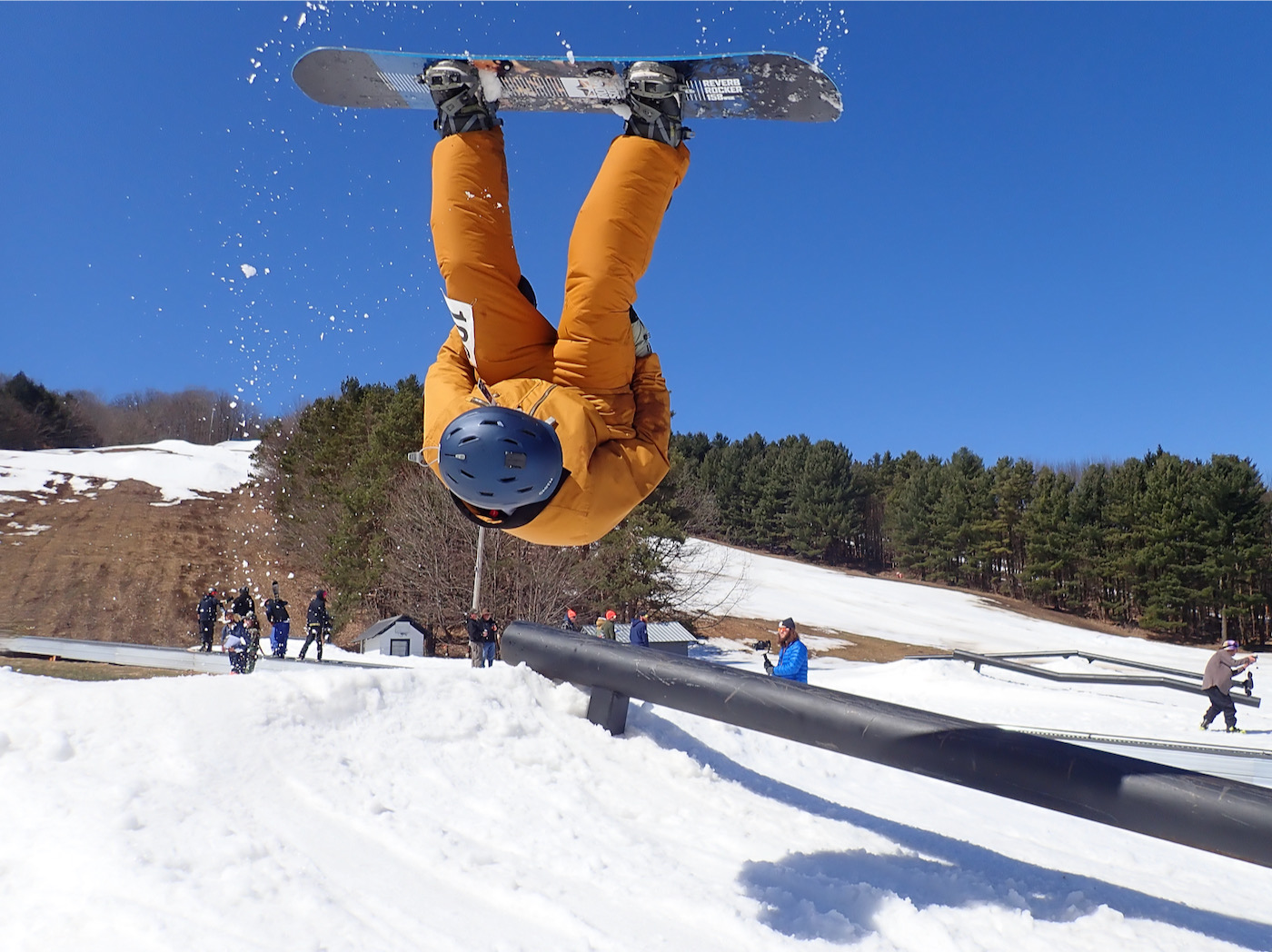 Caleb and the park crew at The Ridge whipped up a few new rails in the offseason and cleaned up the rest for the jam. Amongst these new features was a round rail with creeper ledge and a kinked elbow rail. Everything was sliding smooth, music was blasting and the sun was heating things up.

At 11:45 the riders meeting was called and the Am division kicked things off. With time to kill, I grabbed a dog and a beer to enjoy the show. There were some great riders in this division. Big shoutout to Lindsey who won it all and beat out the boys. 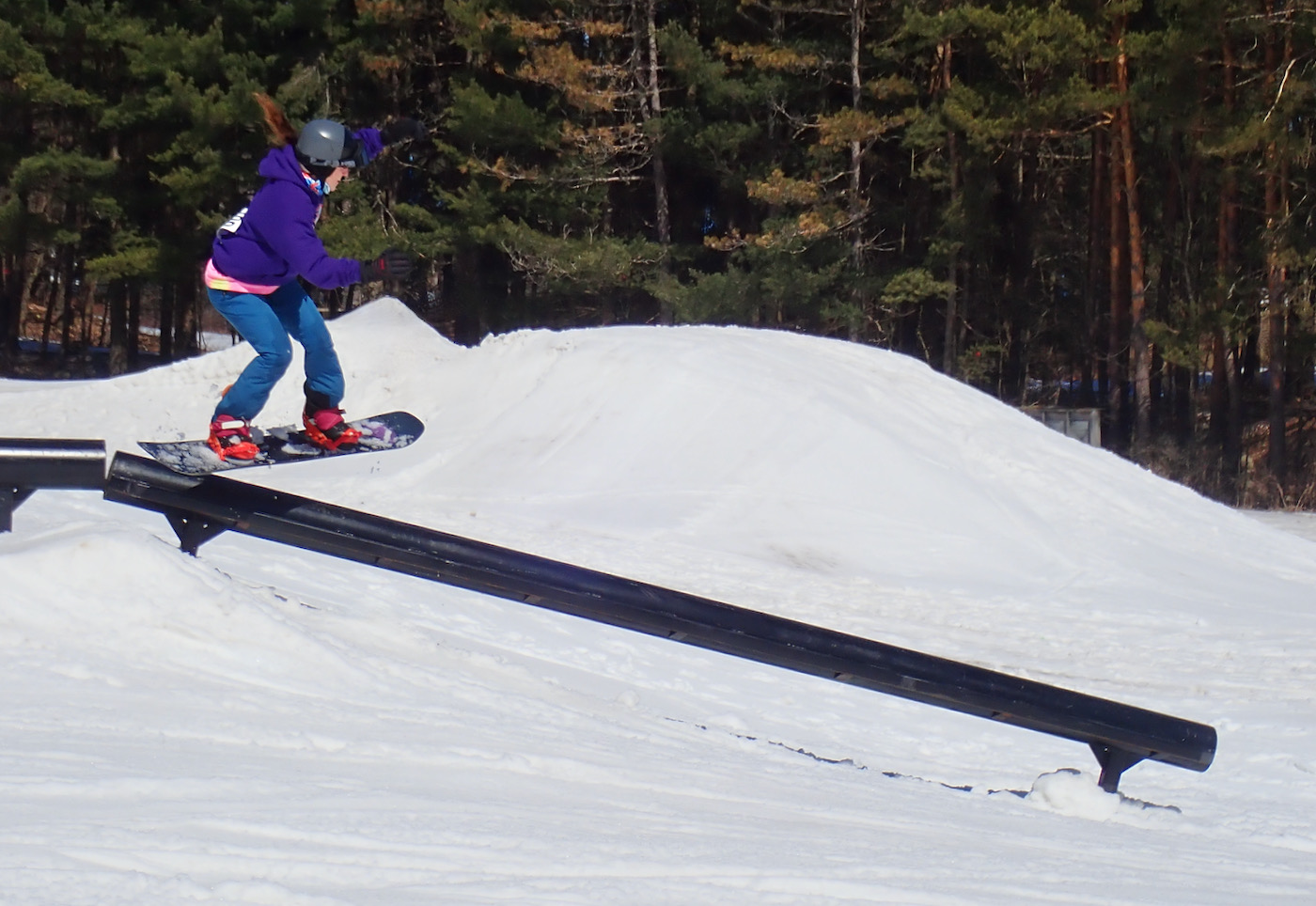 At 12:30 it was time for the Pro division and my name ended up on that list. There’s a lot of great riders in this class so I was just hoping to lay down some heaters and have fun. My second run through the park I didn’t jump high enough on to one of the down rails. I tacoed my way down the rail and took a banger to the knee.

After a few more runs I was feeling it and resigned myself to taking some photos. Everyone in this division came to ride and I had a blast scoring some great shots of the action. 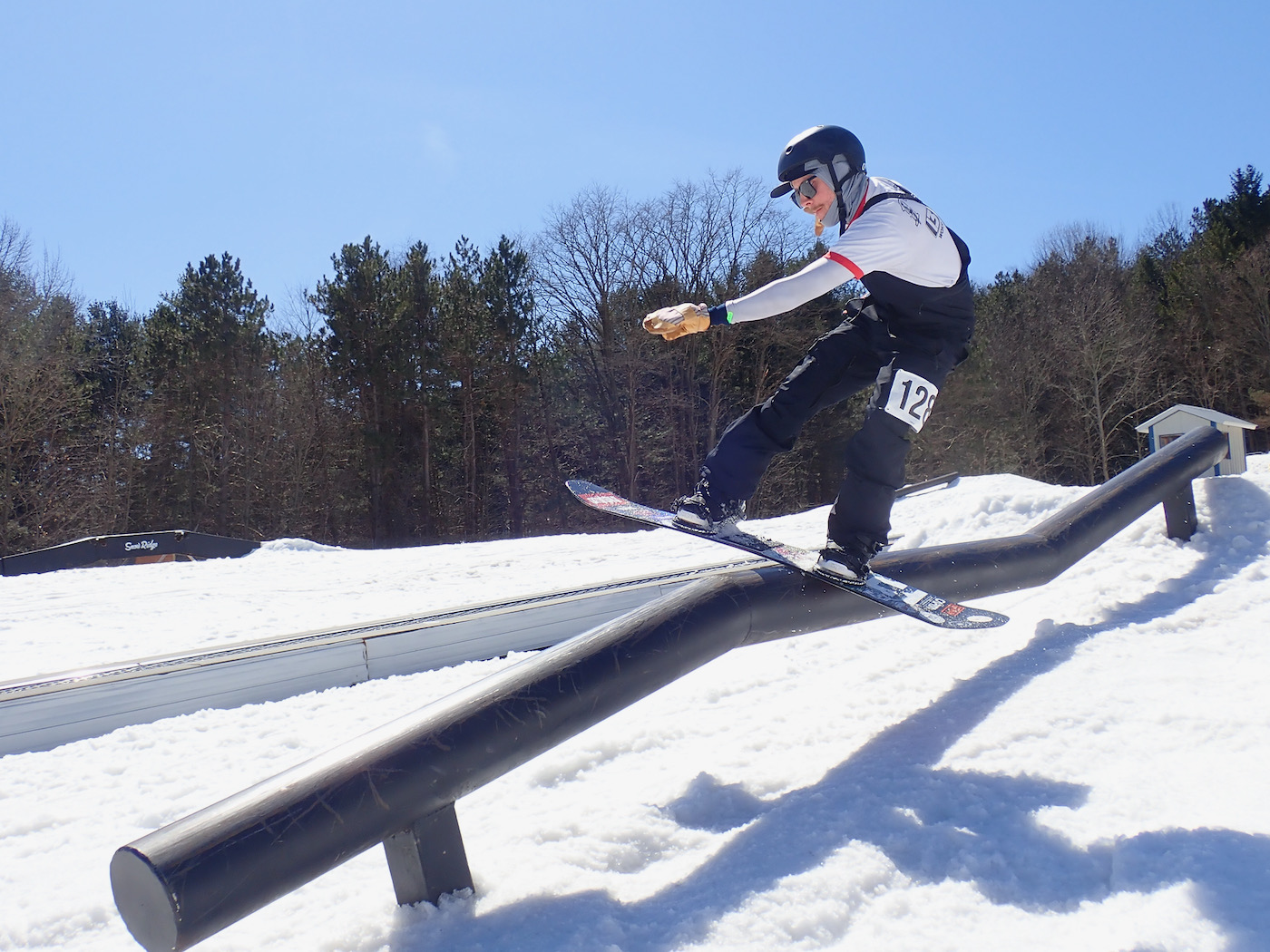 When the park jam concluded, the mic was handed over to GM Nick Mir for the announcements while the FlowerSkateShop guys handed out prizes. With the medals awarded and the stoke high, it was time for the Big Air jam. There were no podium places to be won, just bragging rights and free swag.

The snow was slow, so riders were hiking half way up the hill before dropping in and hucking their bodies into the air. Everyone was going big but Jacob who rides for Full Send was getting after it again this year. His huge fakie backflip was one of the most stylish tricks of the day. 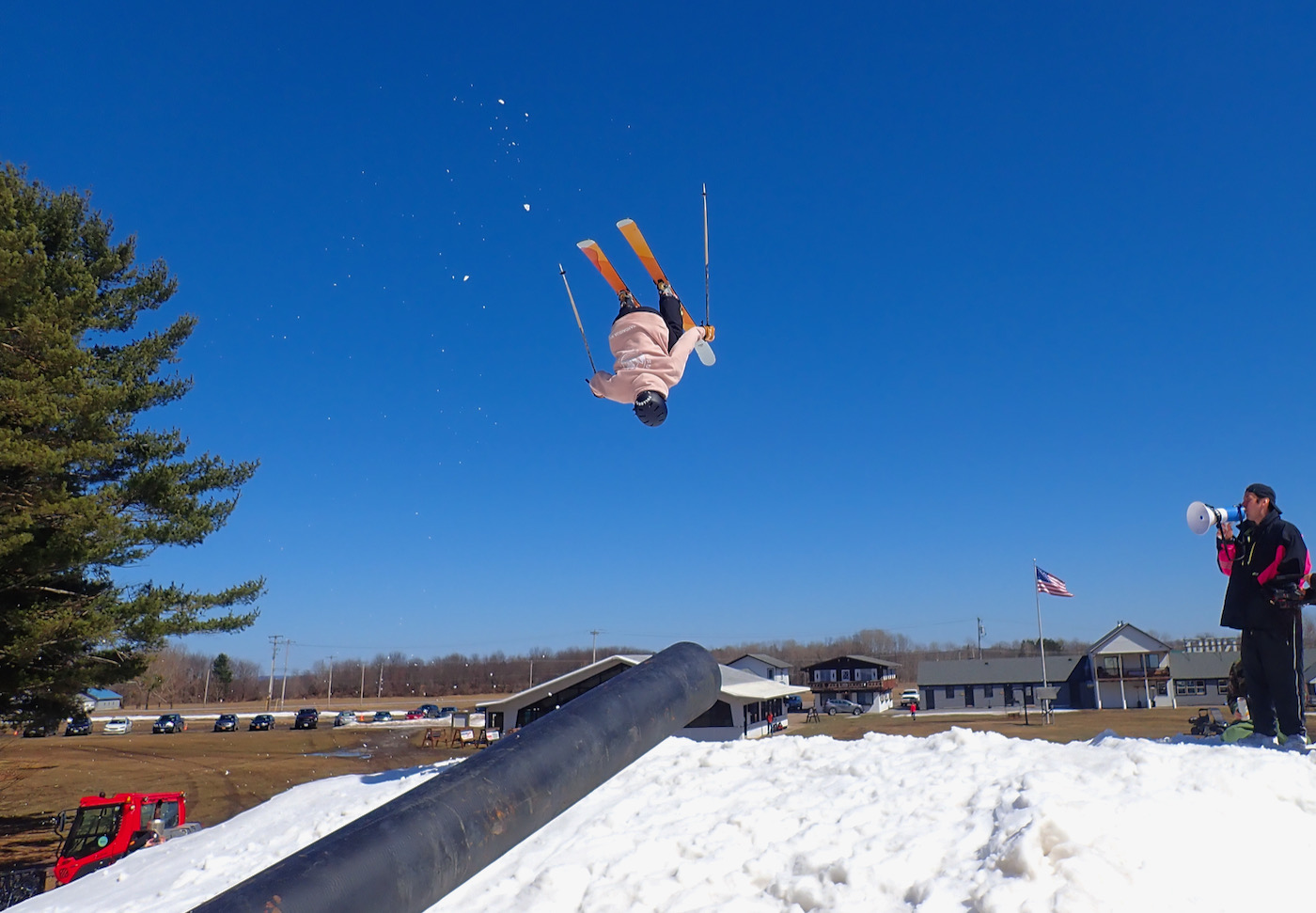 The final event of the day was everyone’s favorite: Boxzilla. This frankenstein setup of back to back boxes had to be close to 70 feet long. The crowd and the competitors were hungry to see a make, more than a few came close (including me) who just missed the last box. The Flower Shop guys and I made a little adjustment to the setup and finally the homie Steve got it in.The crowd loved it and a few more riders ended finishing it after him.

Despite the rail jam being a competitive format there was a loose atmosphere all day. People were hyped to be riding with their friends on an awesome set up. When someone would slam, others would pick them up physically and mentally. A lot of riders battled it out with features to land an illusive trick. It was inspiring to watch big tricks get stomped and see the park community come together. 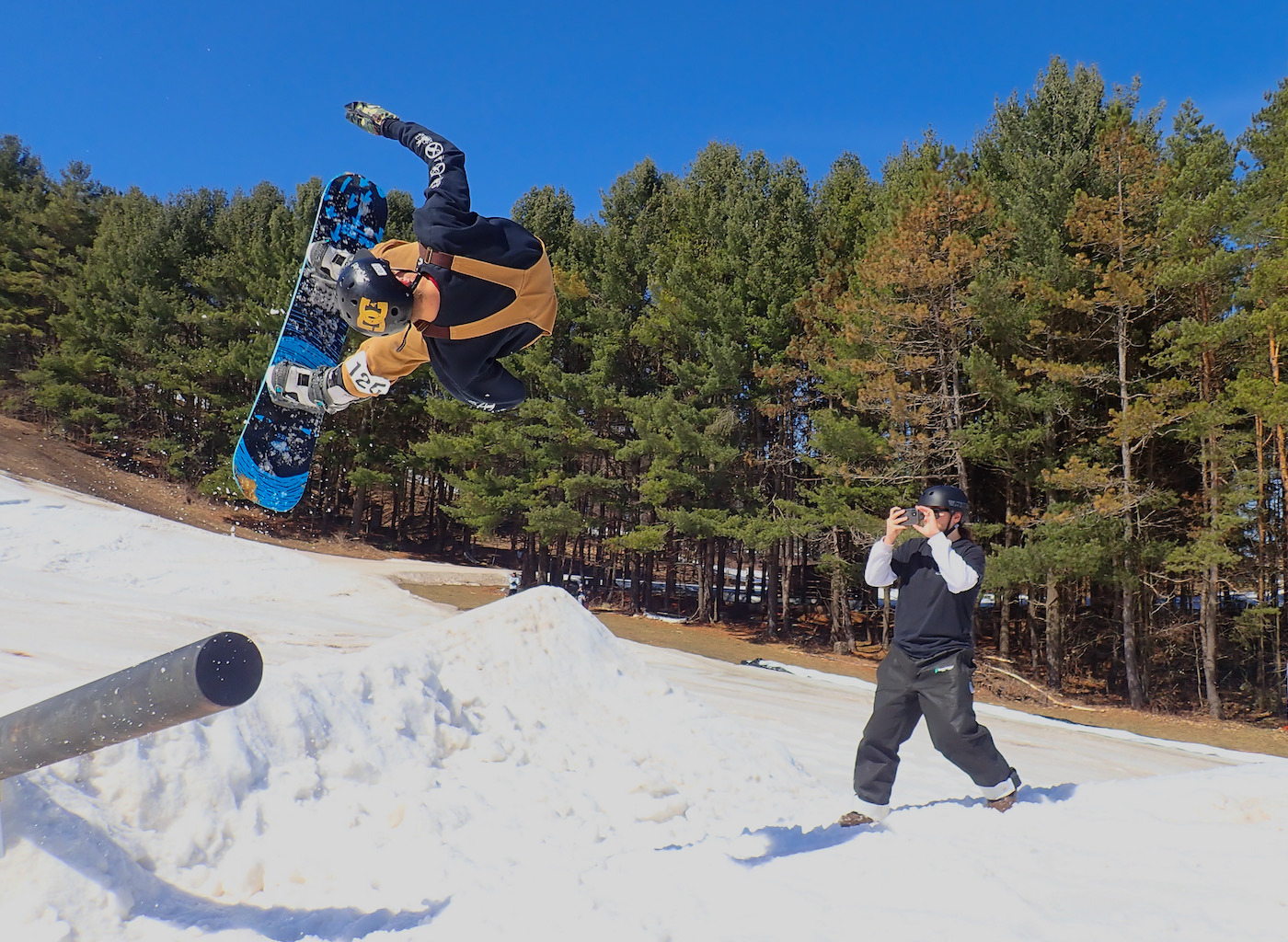 As I did last year, I’m calling out all the ski resorts across New York. It’s clear there is a demand for more terrain parks and community events. You don’t need huge features and million dollar snowmaking to put down a couple rails and get a volunteer crew to help. The riders, the sponsors and the appeal is all there. If you build it they will come.