What is the average annual rainfall in New York State?

The NY precipitation average is just above 40 inches per year. This varies across the state by region, with the mountains receiving more than 50 inches per year. Statewide annual numbers have ranged from a low of 31.6 inches in 1964 to a high of 55.7 inches in 2011. 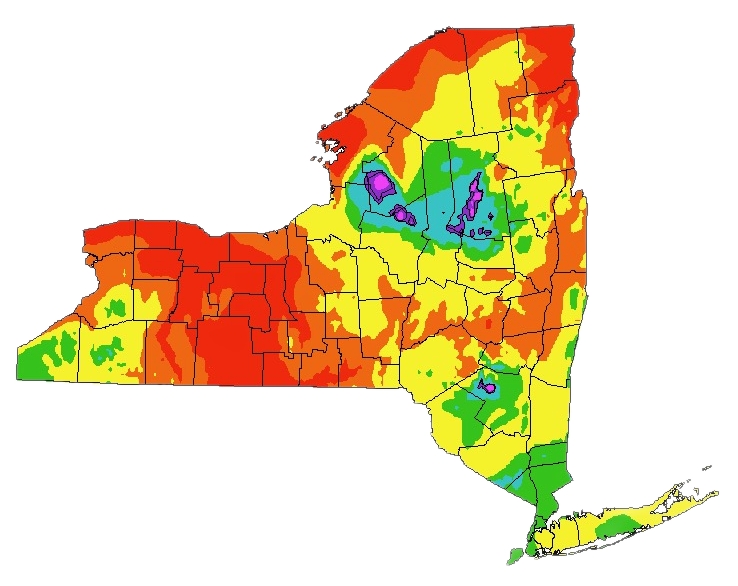 Since 2010, New York has had an increase in the number of extreme events — days on which precipitation totals are more than two inches. The state’s annual precipitation record set in 2011 was due, in part, to two extreme precipitation events in the summer of that year: Hurricane Irene and Tropical Storm Lee.

Much of eastern New York received more than 7 inches of rain from Hurricane Irene, with some locations in the Catskill measuring more than 18 inches. Less than two weeks later, Tropical Storm Lee brought more heavy rainfall, with more than 12 inches of rain falling in the upper reaches of the Susquehanna River Basin. Both of these events caused devastating flooding.

What is the average annual rainfall in New York City?