At the end of this past week, I did some storm chasing.  A big low was slated to ride up the coast and bang into a big mass of fresh cold air from the Arctic. 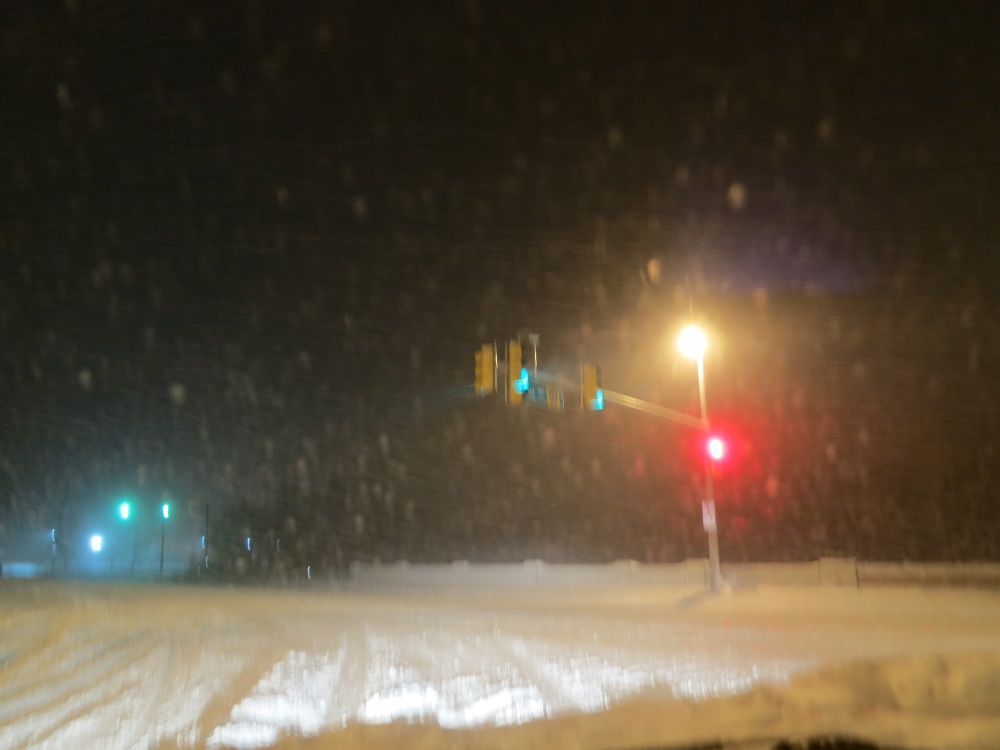 At the same time, I was plotting my birthday ski at Plattekill.

This situation was problematic as the mother load was actually falling between me and the mountains. With moderate to heavy snows falling in the NY metro area, a state of emergency was declared by the governors of New York and neighboring states. 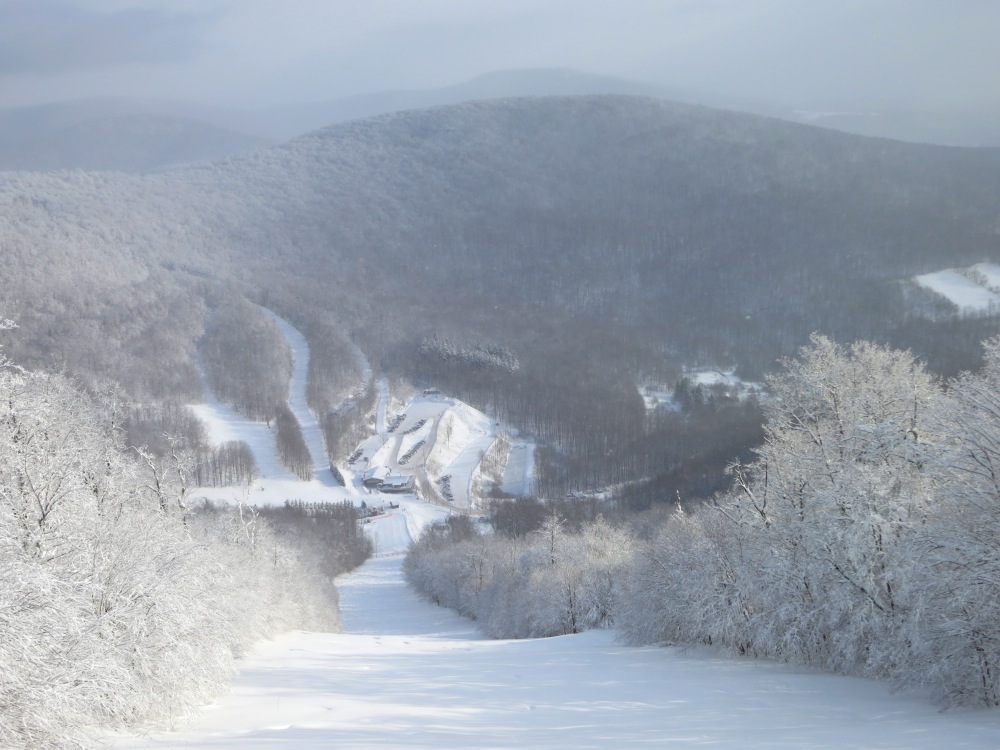 Late in the day on Thursday, the NY Thruway Authority announced that I-87 would be closed at midnight, reopening at 5am on Friday, weather permitting. By the time I got off work, the odds of getting past exit 19 on the Thruway before it closed were extremely low.

I hit the sack, woke at 3:30 and headed north, with no solid plan for what I would do if the “weather did not permit.” 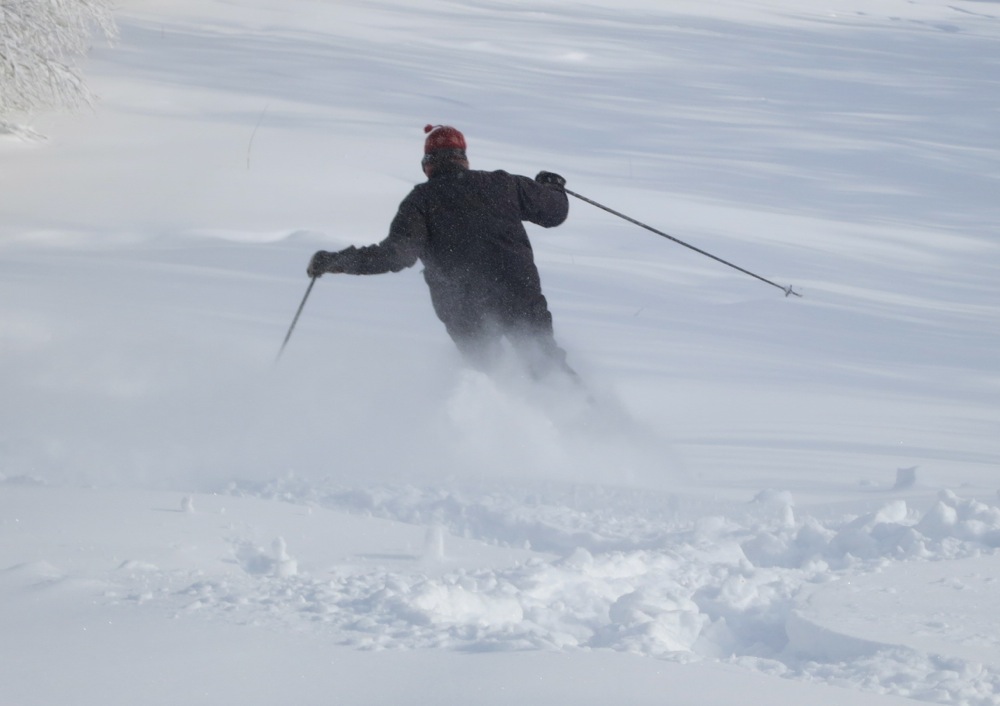 The secondary roads near my house were loaded with unplowed snow and the going was slow. But to my astonishment, the state roads and the Thruway were really well plowed. Even better for me, the Thruway banned trucks from 5-8am.

Nobody was on the road. Traveling close to the speed limit the whole way, I did a three-hour trip in four hours, which to me was a small miracle. 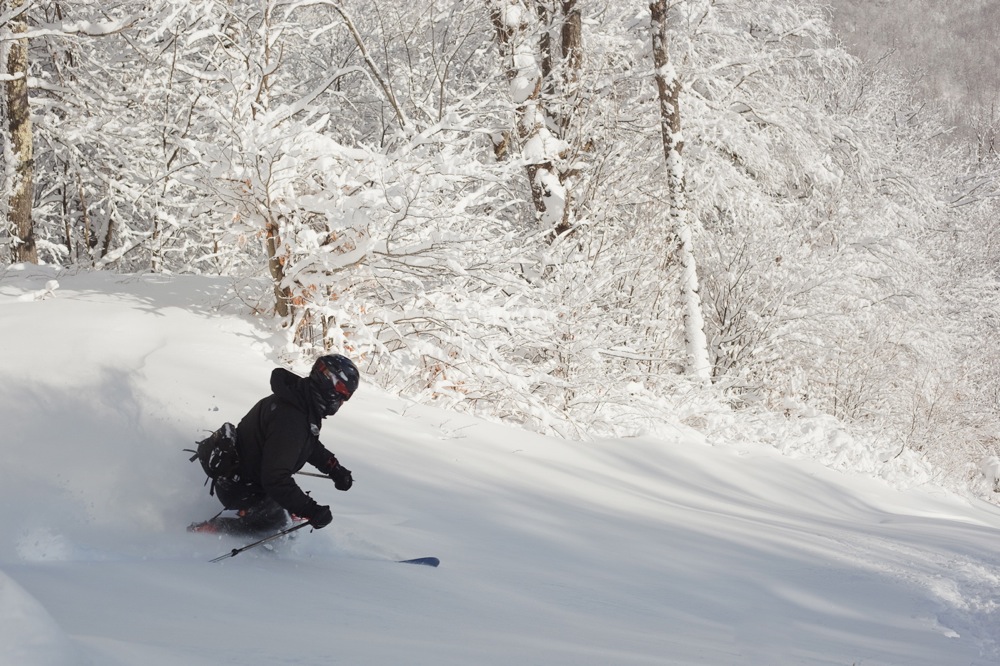 I was the first guest in the Plattekill parking area and made first chair. The day started on the triple with tracks on Face: four inches of windblown pow on top of cord.

After that, we hiked from the triple to access terrain normally served by the double: Block and Freefall. 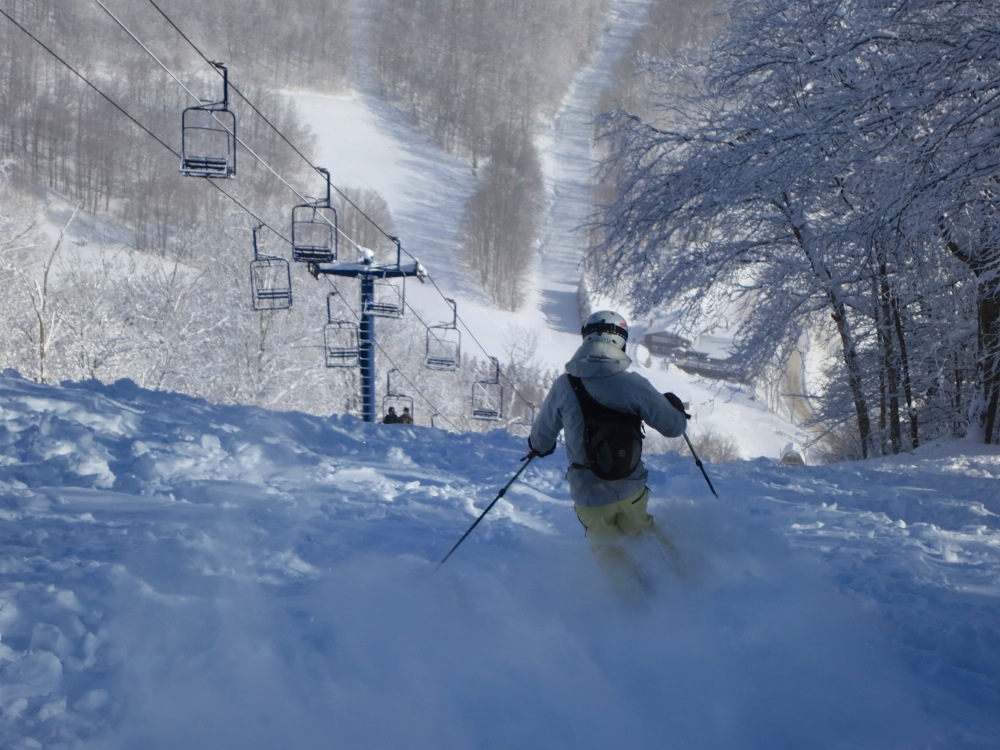 States of emergency and extremely cold temps left the slopes nearly empty. The skiers who made it took frequent breaks to warm up. The snow skied beautifully all day.

When the double started spinning we commenced our full-on assault. Plunge was especially nice. Even after it was completely cutup you could easily blast through the piles.

There were many familiar faces, but because of the temps and the new snow, nobody waited. Eventually ML and I connected and pillaged everything: cut-up powder, untracked sides, trees and the trails under the double. 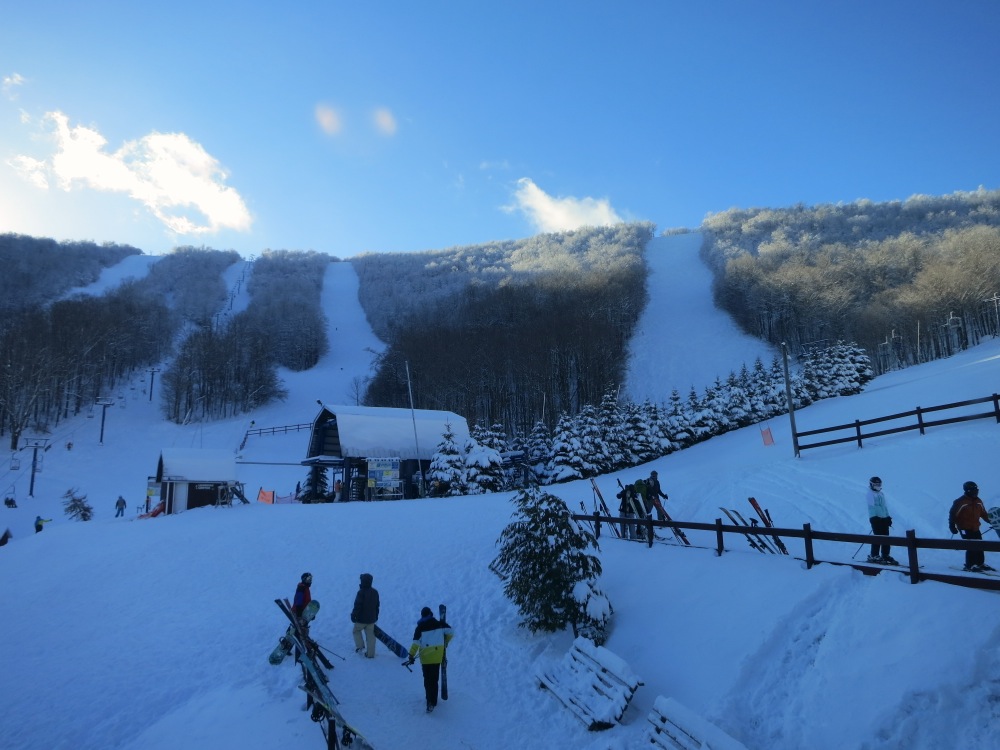 Skiing that snow, without competition beyond friends, who shared a beer at days end, was the perfect birthday gift. The longer I live and the more I ski, the more I know that there is no place like Plattekill.