Lift lines are all the rage these days, or maybe the cause of all the rage. I suppose that’s to be expected when the largest pass product is sold at a heavily discounted price. Still there are plenty of alternatives. 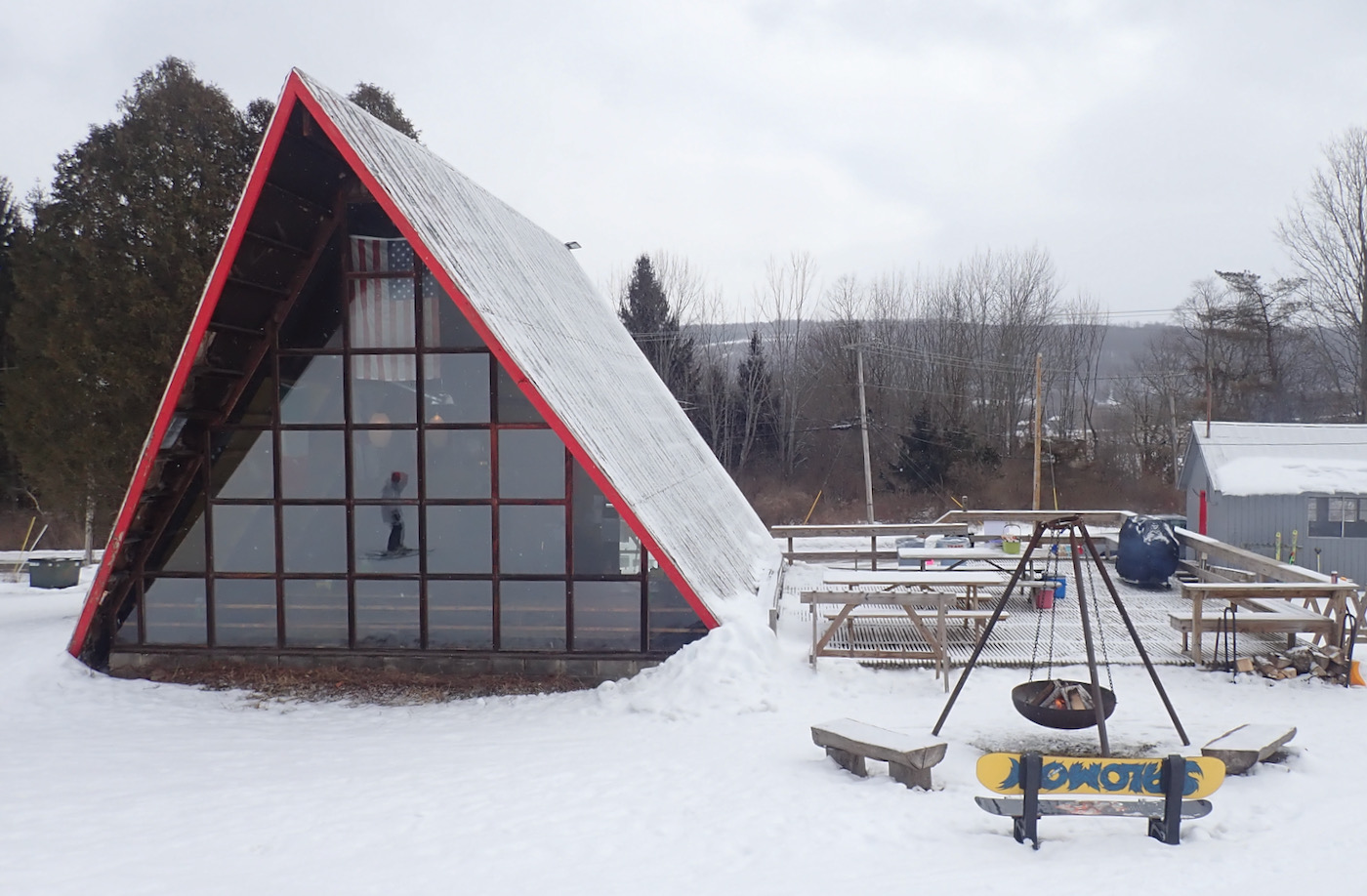 New York is home to six Indy Pass mountains along with the plethora of other great independent resorts. There are also a handful of private ski clubs around the state and last weekend I managed to ride one.

The idea of no crowds on a Sunday was too good to pass up, so when Jeff invited me to Cazenovia Ski Club I jumped.

Farah and I pulled into the small parking lot adjacent to the lodge a little after 9:30. Jeff assured us there was no rush to make the first chair, it would be all ours. We booted up inside the classic A-frame and got our guest passes.

As promised, we rode right on to the classic Hall T-Bar and made our way up the mountain. On my way up “The Fastest T-Bar in NY” I noticed the some steep terrain surrounding me.

Up top we soaked in the view, as Jeff explained a little about the club. Cazenovia Ski Club was formed in 1941 and has around 70 members today. The members are proud of the family and community atmosphere.

Folks brought crafts and dishes to pass at the Olympic-themed deck party. A gang of kids pushed past us, the group would soon grow as more families showed up.

Caz has 500 feet of vert on a good day, but the steep undulating terrain of the off the top means the Caz kids learn to handle the terrain at bigger hills.

We followed the group down the steep headwall of Buckhorns and back to the base area. The groomers were crispy due to the recent thaw-freeze, but the volunteer staff had done a good job grooming it up. In fact all the upkeep is done by volunteer members, including snowmaking.

We lapped the T-bar and toured all the groomed terrain. The club really does have some great pitch but the steepest runs were too icy to ride during our visit. Looking up at runs like Tiger Hunt and Phone Booth, I daydreamed of a powder day.

We were feeling the hot laps on the T-bar so we stopped by the deck. By now crock pots were plugged in, the grill was heating up and so was the party. 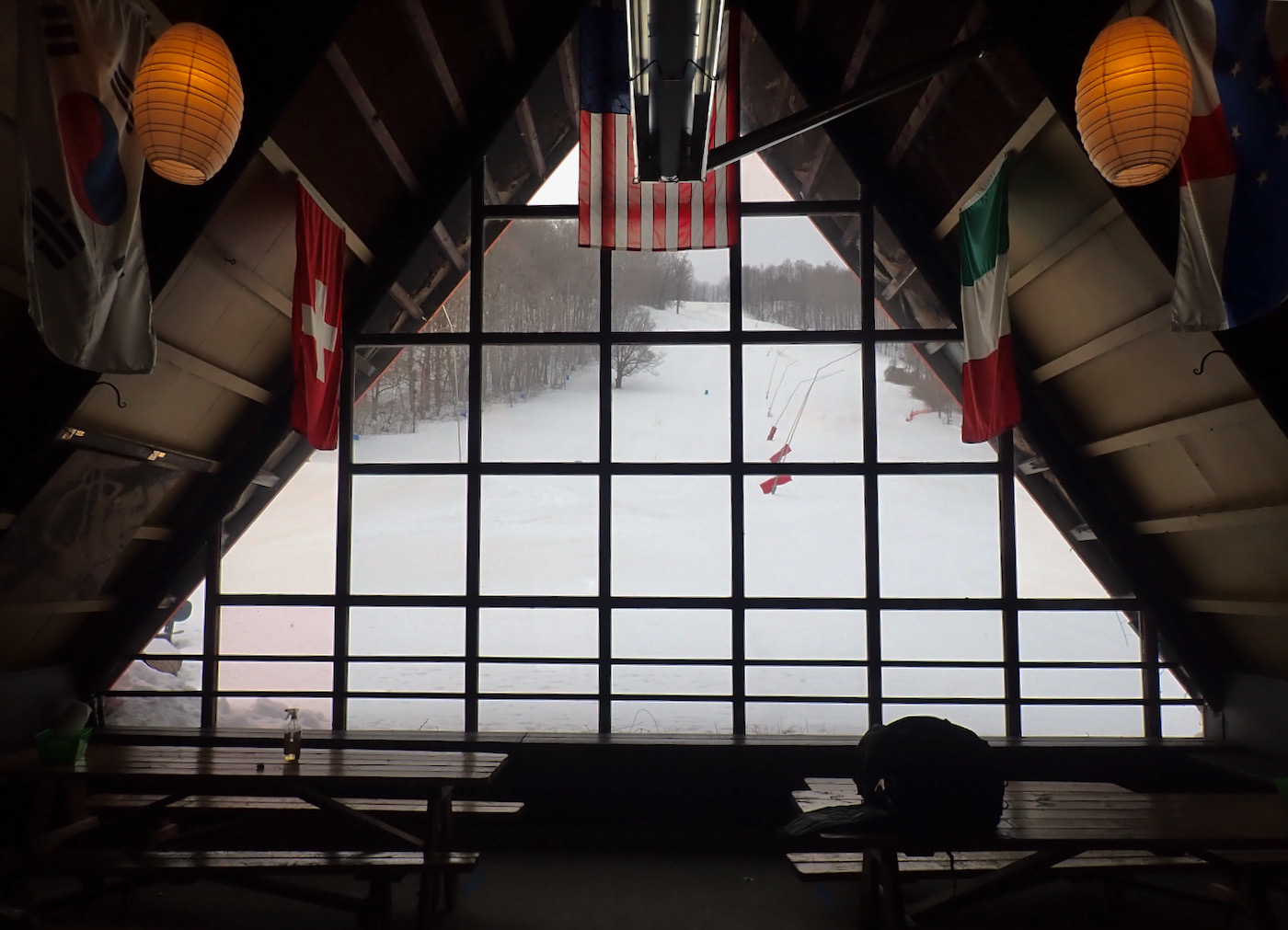 We spent the rest of the day alternating runs with the snack table. The members have a good system, take 3 or 4 laps and stop for a break. We take chair lifts for granted: by the early afternoon our legs were done. We hung out on the porch a bit before thanking Jeff and heading out.

Talk of big resorts and mega-passes floated through the air, but everyone knew they had their own little slice of paradise. A private T-Bar and lodge, in a favored lake effect location, with access for your family and friends. Where do I sign?