Since I first started skiing at Garnet Hill in the 1980s, Botheration Pond has captivated my imagination. I’d see it on the map, so close, yet tucked away. It symbolized all the remote spots in the Siamese Ponds Wilderness that were out of my reach. 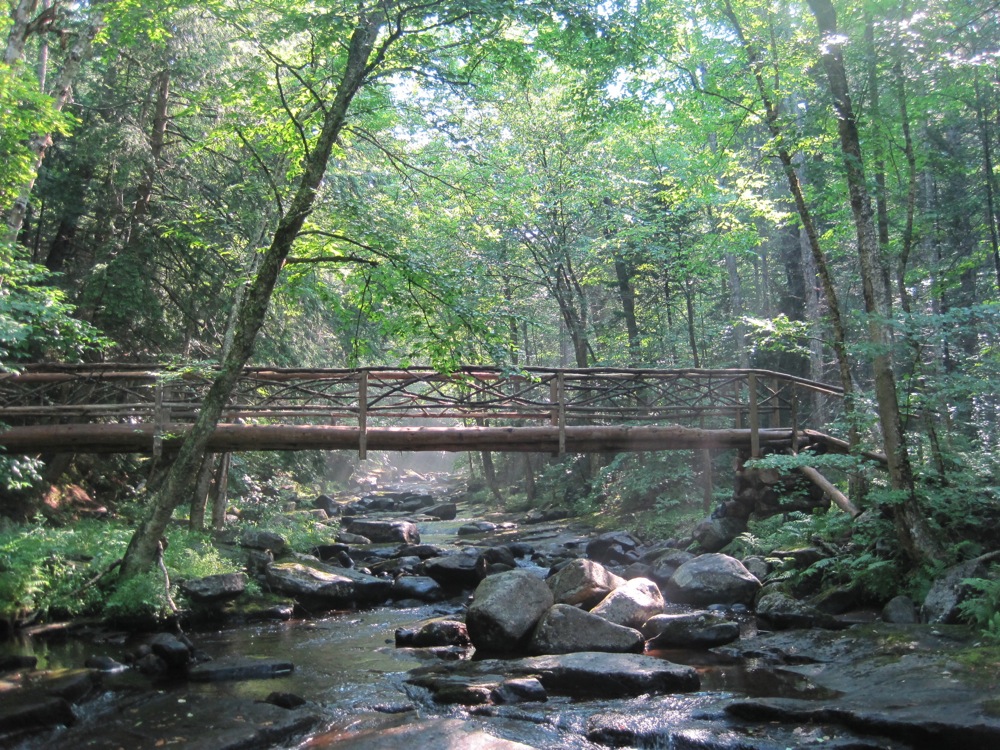 Together The Vly and Botheration Pond form the headwaters of the East Branch of the Sacandaga. When I studied the map, it seemed that the waterway would offer a long stretch of easy, beautiful and remote marsh skiing. With an intriguing name and no trail accessing it from state land, I was very curious about that pond.

It all opened up to me, when I saw something interesting in an old ADK guidebook. The “dead end” trail from the Farm Clearing to the East Branch was labeled the “Botheration Trail.”  That made sense: the original road must have crossed the creek, and followed it upstream to the pond. 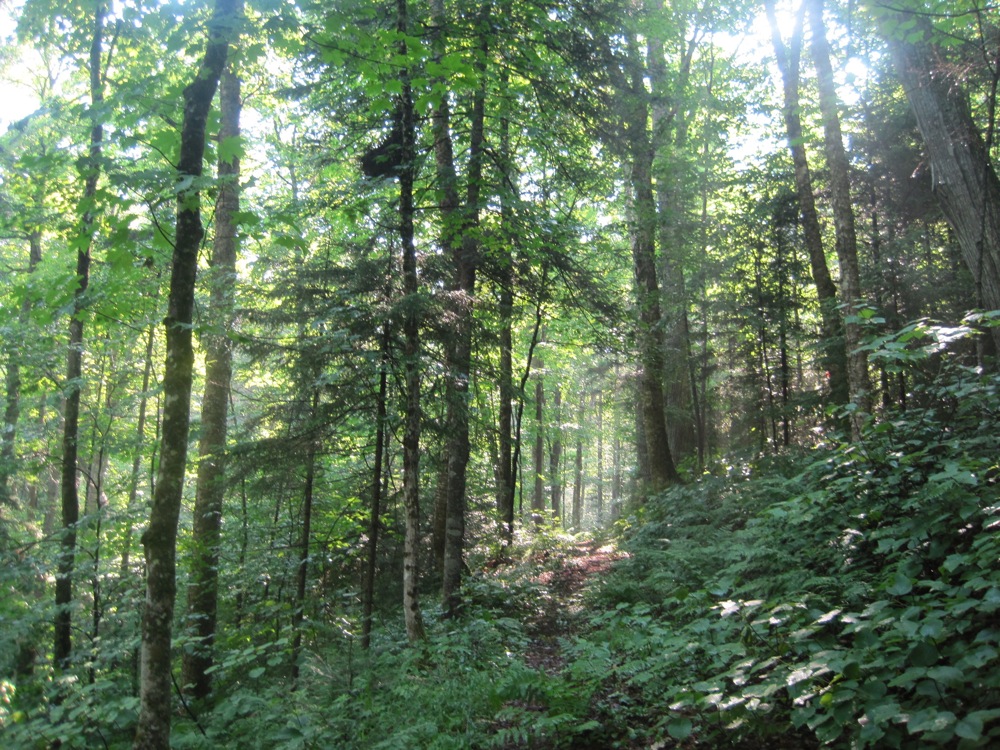 The next chance I got, I skied out the end of the marked trail to see if I could find the old route.  I gingerly crossed the frozen stream, and entered the world “off the map.” The route quickly became a favorite. Close to the trailhead, with a very remote feel to it.

Now the trail has been brought back on the map by the DEC. I recently walked the Botheration Pond Trail for this first time since it had been cleared and remarked as an official trail. It was much as I remembered it. Part of the reason for this is that trailmaster Steve Ovitt has done a great job with the layout, using the old trail where it makes sense. 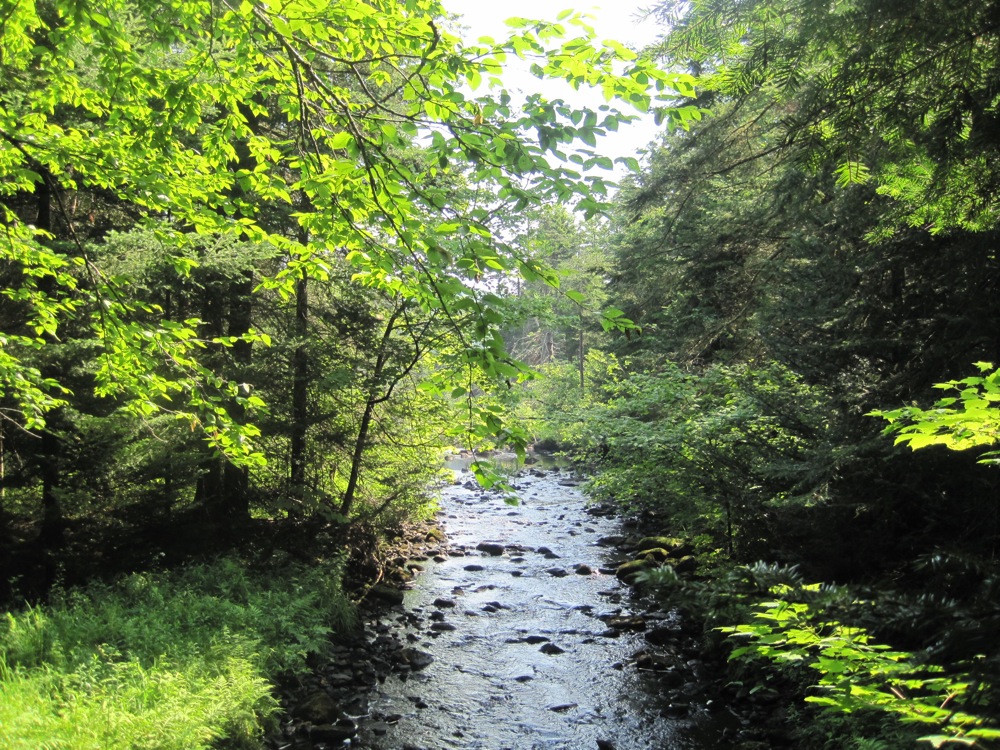 The trail climbs a small hill on the other side of the East Branch, quickly moving away from it. The route retains the feel of an old wagon road at many points.

Eventually you come back down and cross the stream again, on a new wooden bridge built on an earthen substructure that is vintage. It’s great to see the current route merge with vestiges of the original road.  The new bridge is a large span with four big trees laid onto the old berms.

The trail then skirts the western shore of Botheration, offering glimpses and eventually a full view of the pond.  In the winter you’d be out on the promenade, coming right down main street on the waterway itself.  It’s a really enjoyable ski with views of the backside of Gore.  The trick in the winter is to get as much use out of the waterway as possible, without trespassing on Barton’s land or getting boxed by small trees in at the northern end of the swamp.

After leaving the pond, you come to the intersection of the Halfway Brook Trail.  Halfway Brook is another storied trail: it served as a primary thoroughfare for garnet mine workers moving between the mine and Garnet Hill. 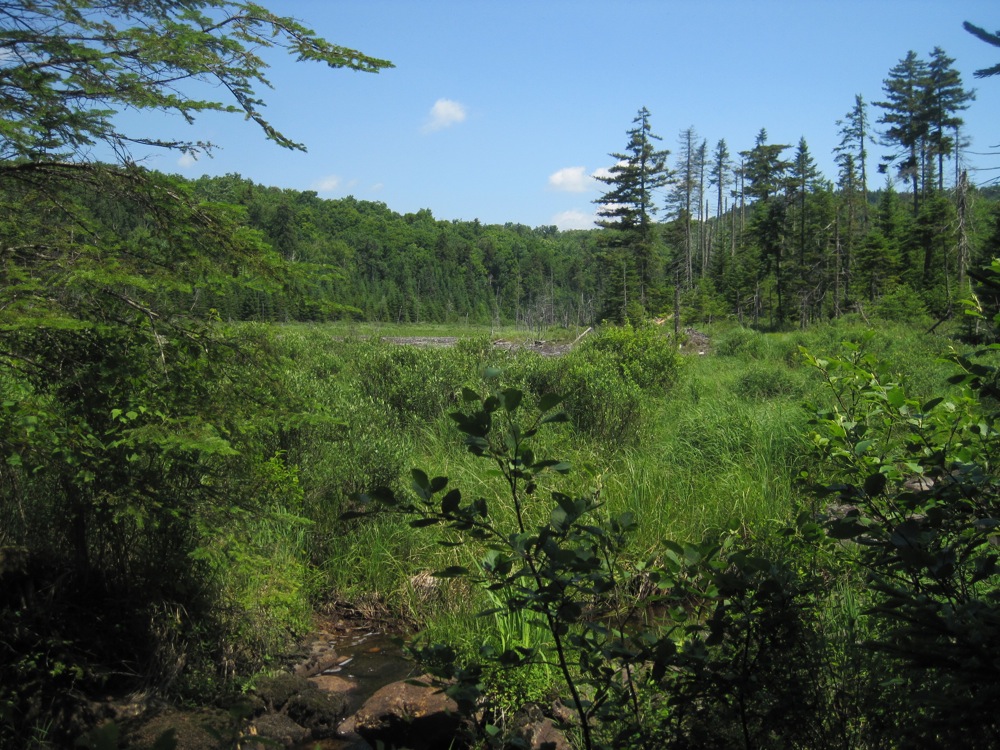 It’s been state land for many years and is also an excellent ski trail.

At the Halfway Brook intersection, you can head back towards Garnet Hill or continue on towards Barton’s Road.  I continued north on the Blue Trail toward the road and the Raymond Brook Ski Trail. On the way there are stands of big beautiful maples and glimpses of the The Vly.  You come out onto Barton’s Road, 6.7 miles from the Old Farm Clearing.

It’s a nice hike and a great ski route when combined with other trails in the Siamese Ponds Wilderness or Vanderwhacker Wild Forest.

12 comments on “The Botheration Pond Trail”