My wife and I have been dreaming about living in the mountains for a long time. This year we’ve starting to think more seriously about it, focusing on what it would take to make that happen. We’ve had land near Gore for over twenty years, and we want to build on it. 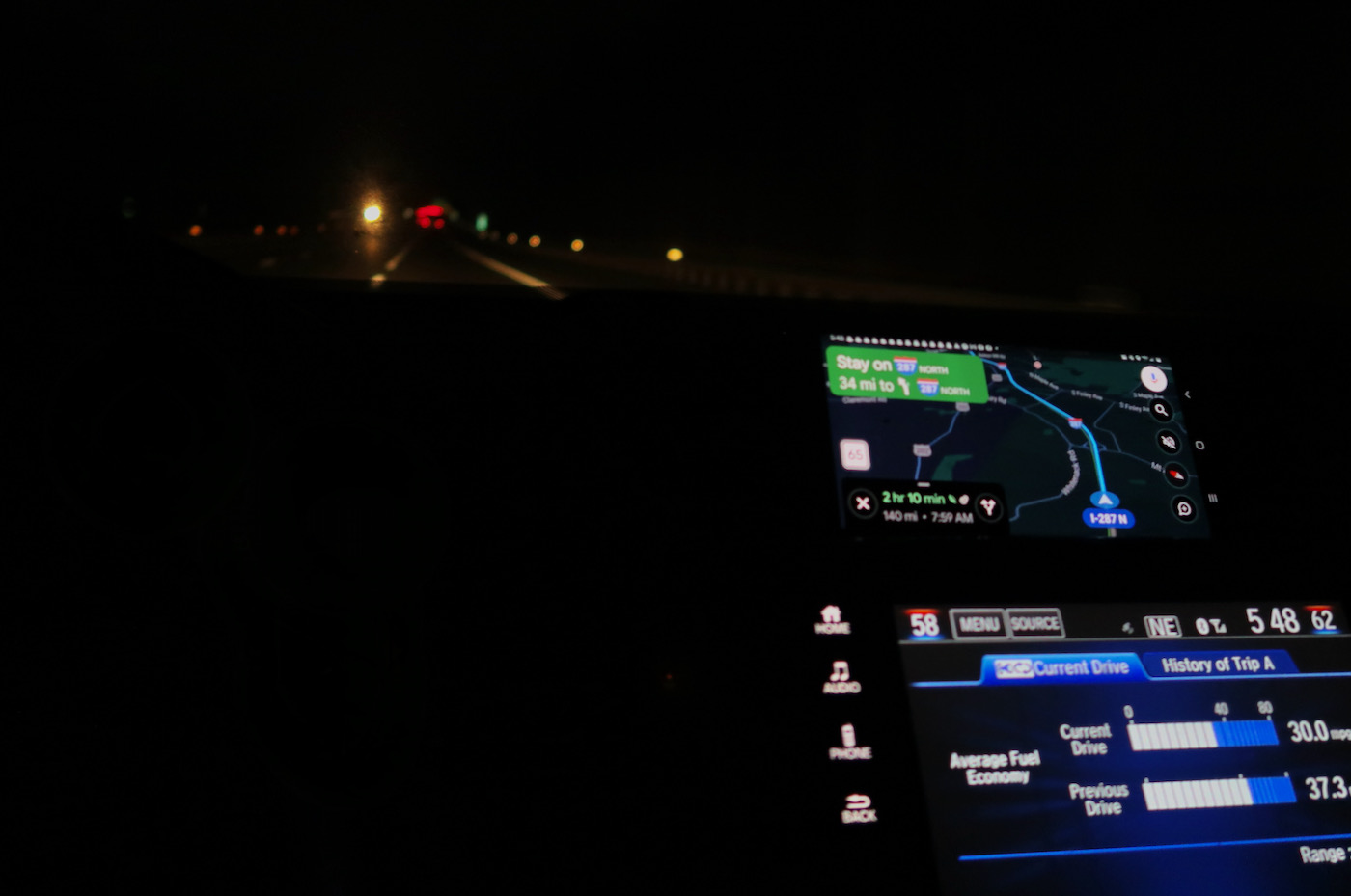 Looking at specifics of creating a house has me thinking about how our lives would change. There have been many reasons to keep things simple. These thoughts present complexity now, but in some ways, could help simplify the future. It could certainly simplify chasing snow.

Each year, when the first new snow is forecast, I find myself wondering if I will answer the call. Do I still have the desire?

My first two ski days this season were weekends at Gore, so I was able to drive to our cabin the day before and get a good night’s sleep. This past weekend — with new snow was forecast for the Catskills on Sunday, I planned an early rise.

I set my Belleayre 4am alarm, and closed my eyes around 11pm, half expecting to sleep through the alarm. Not that I have ever actually done that, but you never know. It could happen.

In the end, I woke an hour before the alarm, closed my eyes again, woke again, five minutes before it went off. Same as it ever was. With coffee in hand, I was on the road at 5am. A couple hours later, it was snowing lightly as I got off 87, and it continued all the way to Pine Hill. I was first in the free parking at 8am.

For some reason I still always park at Overlook, never considering the new Discovery Lodge. I’m like that. I booted up and added an extra layer, even though it was only 25 degrees. It was snowing, but there was no wind.

I’d barely looked at the snow report the night before, but I did notice that Lift 7 wasn’t spinning. It seemed like the easiest way to get to the top was going to be the gondola. It required a short walk from Overlook, and since I hadn’t clicked in yet,I figured why not. I asked a random guy his opinion, and he said “since you can get from there to here, but you can’t get from here to there, I’d start with the gondola.”

It had just started snowing, and I had this idea that I wanted to ski Dot Nebel, a black trail, but not too steep. The snow on Dot was quite good, and I skied it several times. It was nice to use the gondola to get out of the weather. By 10:30 it was snowing moderately with bursts of more intensity.

Coming out of the gondola I recognized Gunny, it seemed like he was waiting for me. Gunny is a PA native and Belle skier, who discovered Gore, through NYSkiBlog’s Forum. We’d never skied together before, and this was our chance. Without having actually skied any other trail, I assured him that Dot had the best snow, and he agreed to continue skiing it with me.

Gunny had to jump midday. I had a late breakfast after we split — a cheese burger with the works and a peanut butter cookie — my first food of the day. Then I went back out on my own. One lap of Dot and another on Deer Run.

I wanted to ski Dot the rest of the day, but somehow it didn’t seem right, not to see all the open terrain. I traversed along the ridge to the East Side. I wondered if there was an idle blue trail that had been collecting snow all day. As I passed the patrol shack, there was a moment of nuclear snowfall, a 2 inch-an-hour thing that lasted for maybe 15 minutes. 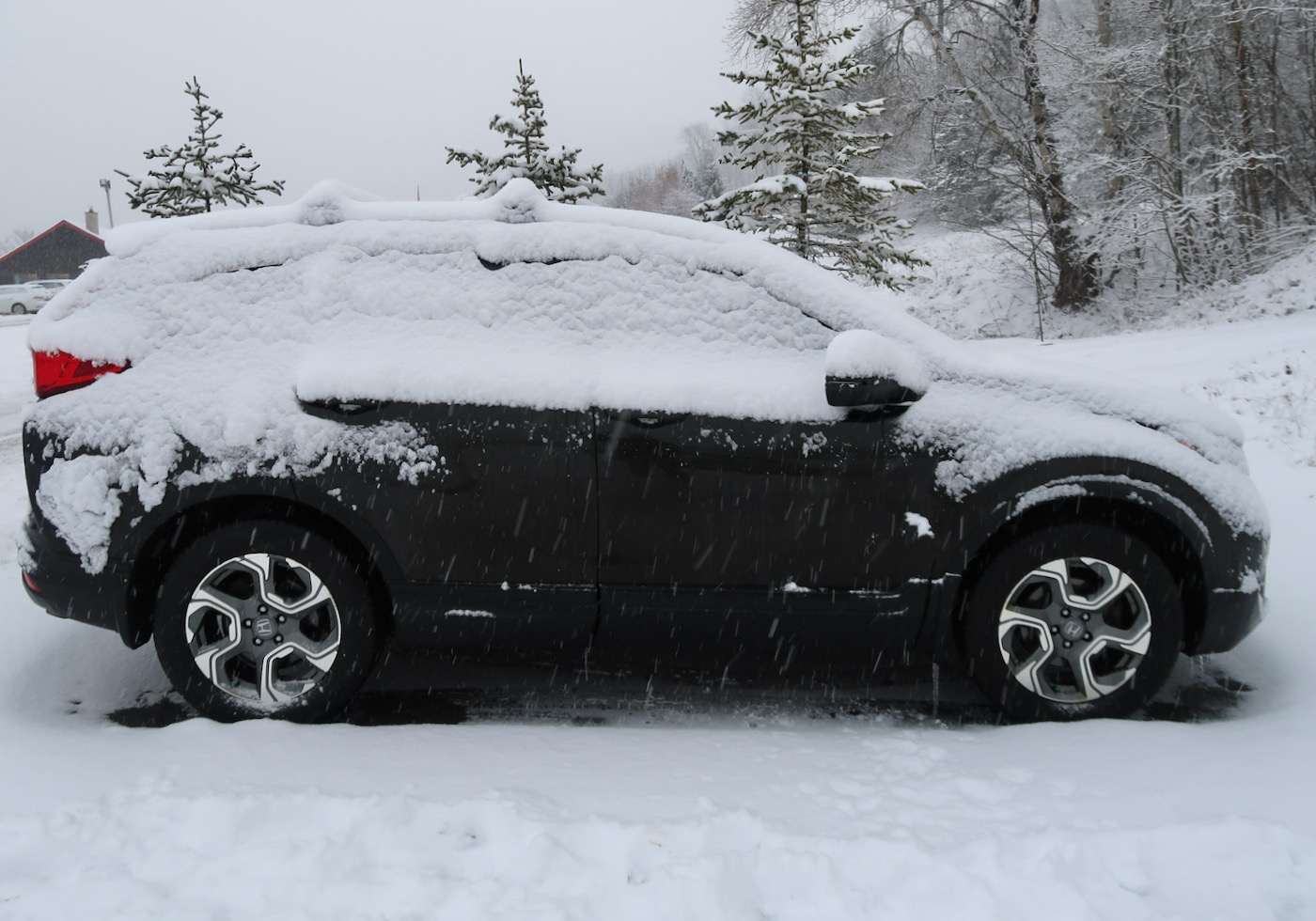 I knew that as long as it was snowing really hard, I would never quit. After a run down Winosook, I went back to the gondola, including the part where you have to take off your skis and walk. Finally, it started to let up a bit around 3:30, and I called it a day.

The drive home was tough. Route 28 was slick, and not especially well plowed, and we saw some cars in the ditch. With four new tires going on my car this week, I didn’t want to make a mistake, so I was extremely careful. I got home tired, but happy to have had my first real adventure of this new season.

5 comments on “Belleayre: Back on the Road”