It felt like the middle of winter as we walked across the bridge from the River Lot. The night before I dragged my friend Blue up from Utica and we stayed in a cheap hotel. I have chased the powder all year and I was determined to go after this storm too. 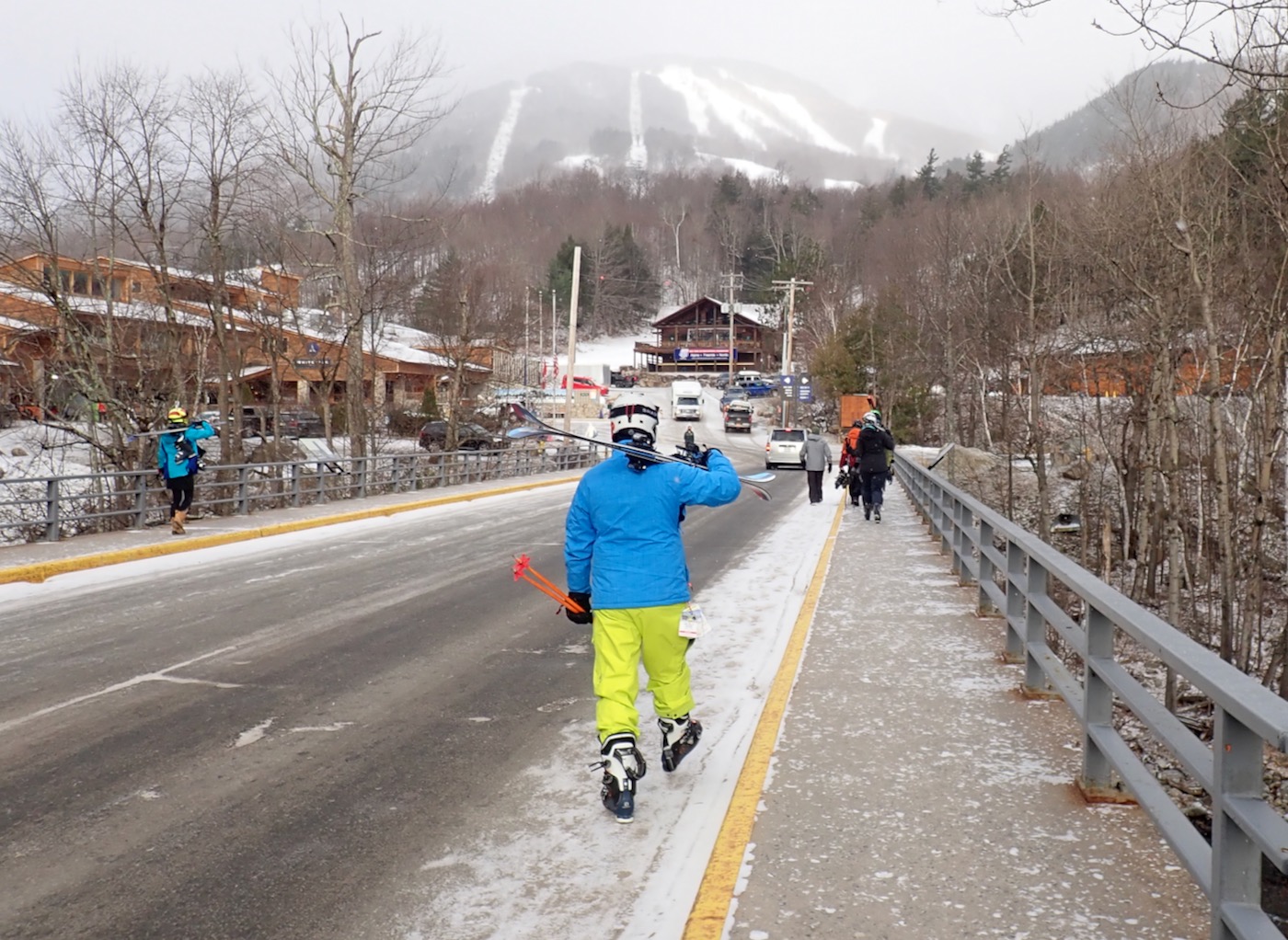 The 3 hour drive and questionable weather conditions did create some hesitation but the thought process was simple. I didn’t want to be sitting on my couch some crappy spring weekend wishing I had made one more trip. We grabbed our tickets and shortly after the lifts spun, we headed up the gondola to the top of Little Whiteface.

I was convinced the best snow and best chance at any powder would be up top so we went straight to the Summit Lift from the top of the Gondola. Excelsior was groomed up and with the new snow blended in, I was starting to think it really was still winter. We loaded the chair and headed up. 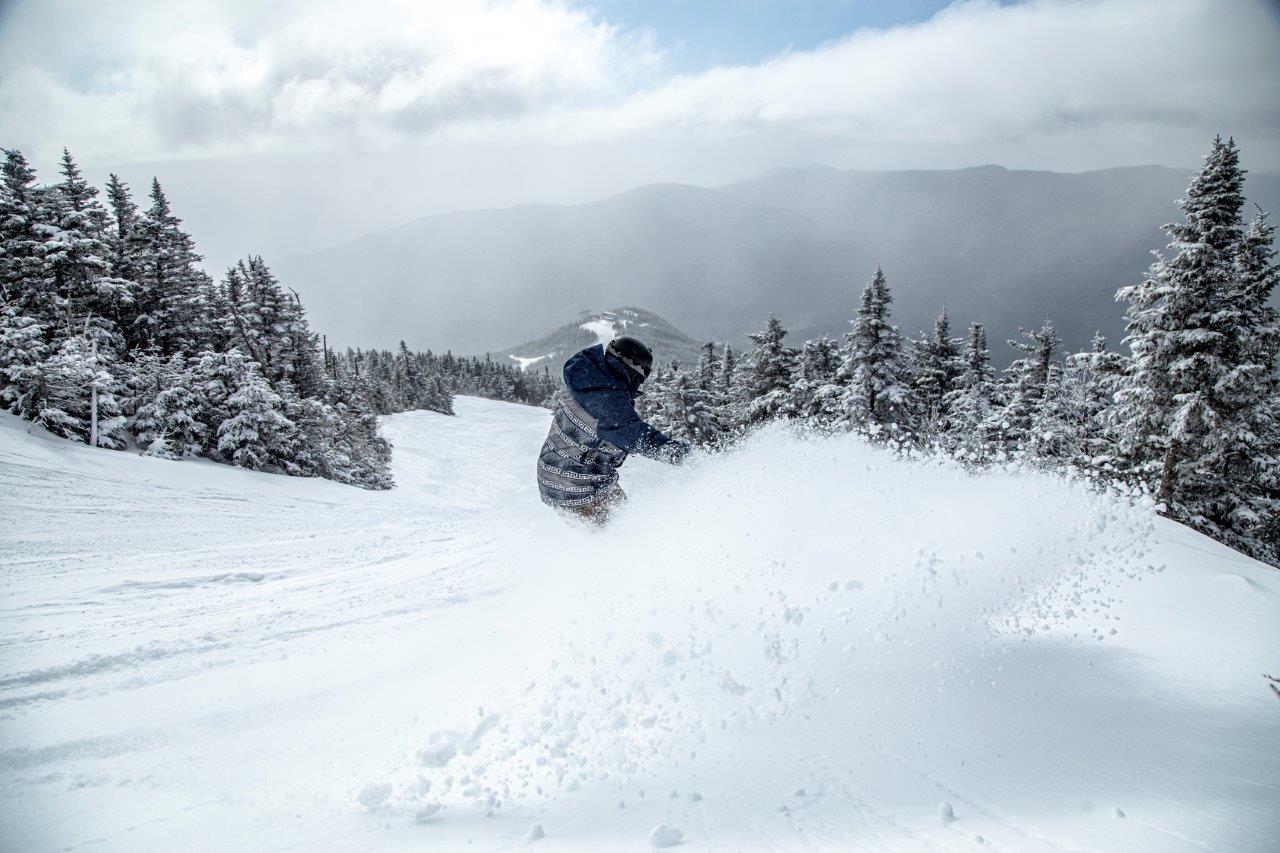 Blue was in for a treat, it was his first time at Whiteface. He didn’t get a lot of days in this season; queue the leg burn. When we arrived the summit was empty but there were a few tracks ahead of us. We headed down the Riva Ridge into the Follies. I pulled around the first turn and a photographer was sitting above a gorgeous patch of untouched pow. She pointed to the patch and begged me to hit it.

I happily obliged and slashed the snow getting a nice little splash. Face shots in April, I’ll take it. It turned out the photog was Brandee, the social media manager for Whiteface. We repeated the process a few more times, her posting up and me taking the slash, until the fresh snow ran out. 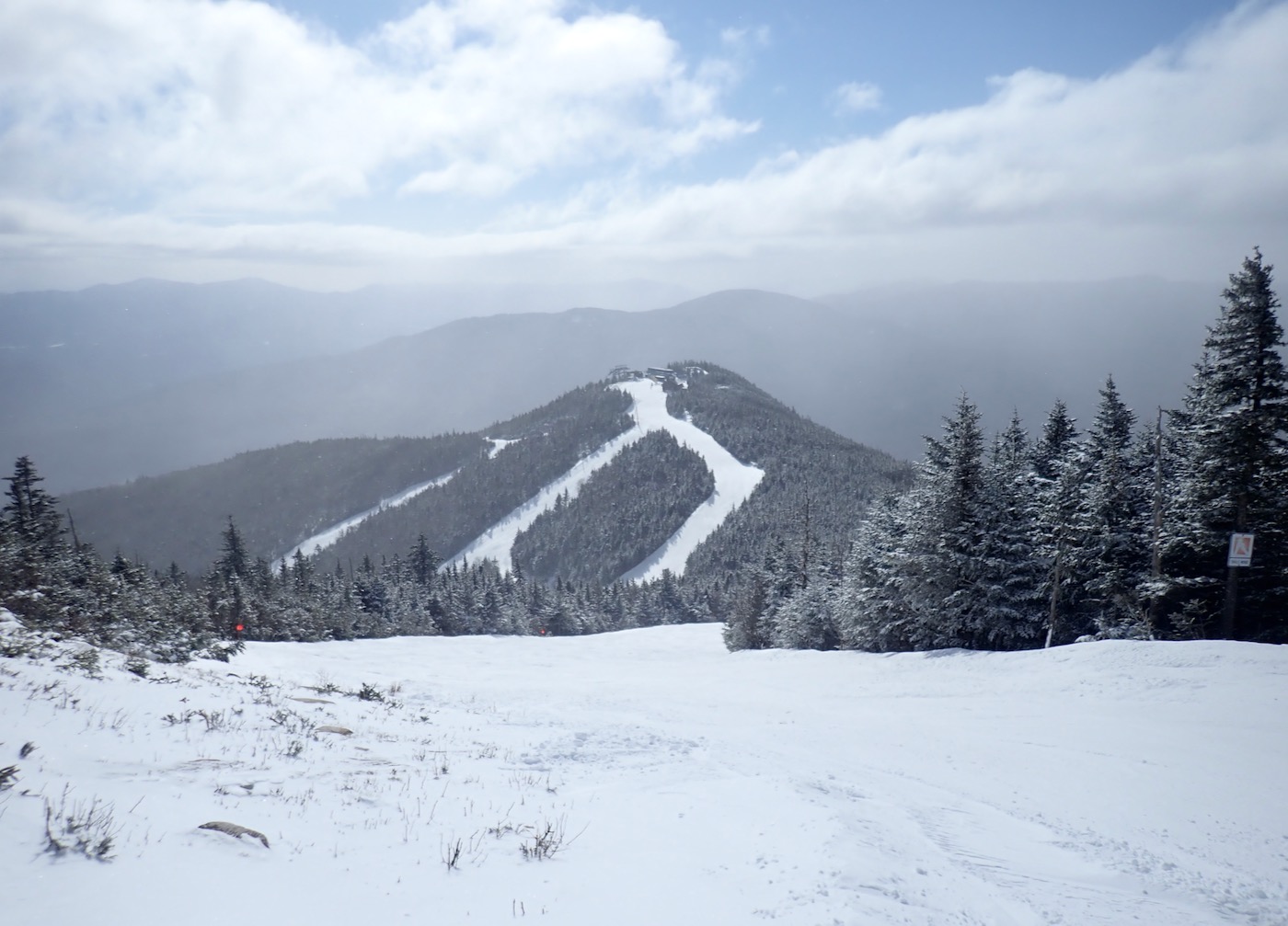 After 5 or 6 laps off the Summit we were convinced there was no untracked left and made our descent to the bottom. I had a work call at 11:30 and Blue grabbed some lunch. Afterwords we made a plan to explore Little Whiteface. It was still below freezing but now the sun was softening everything back to spring conditions.

Off the gondola the blacks like Essex and Approach were now very rippable, just avoid the occasional rock or mud patch. At some point we made our way on to Upper Parkway. The cut over to it is uphill and not obvious, which must have been the reason for its perfect state. 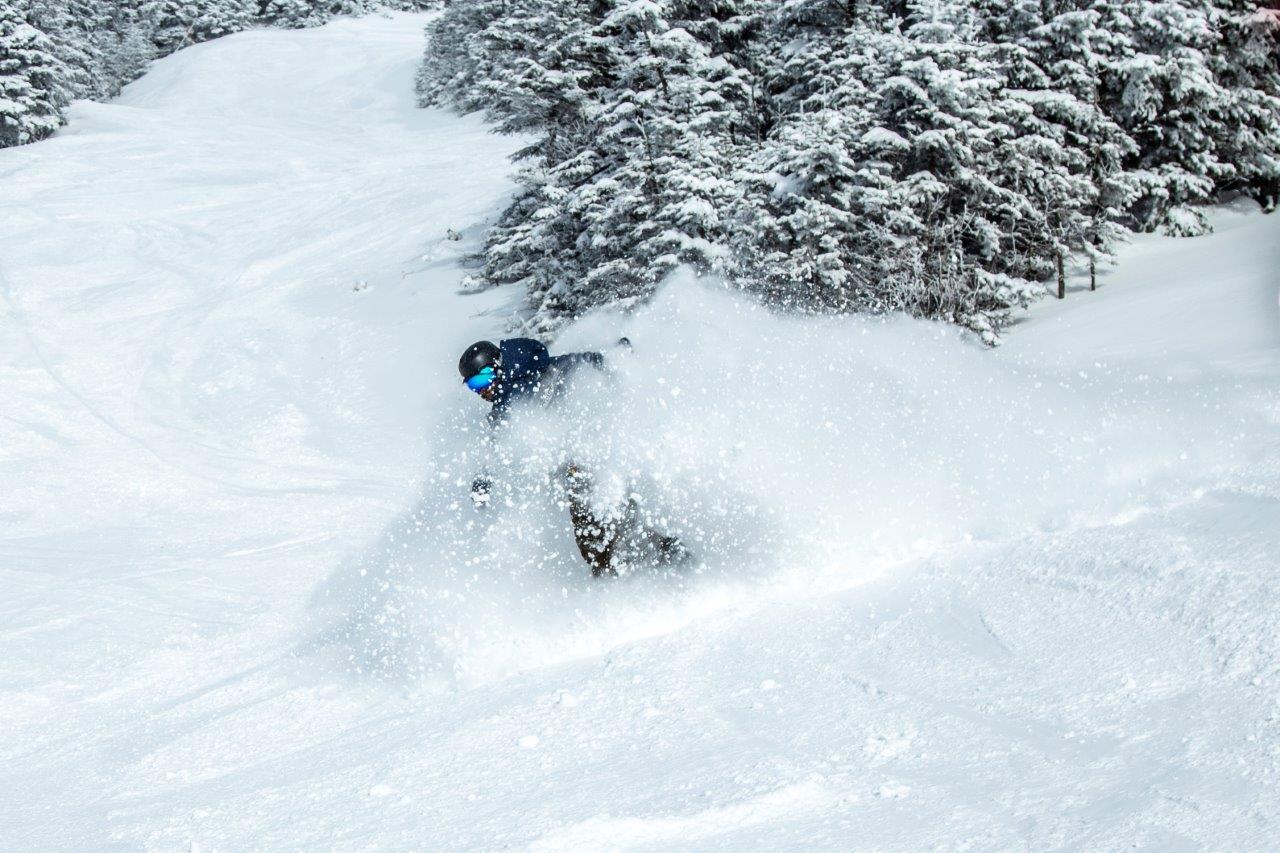 Blue and I tore the fresh corduroy up as we barreled down the run back to the main base. It was close to 2pm and even my legs were shot. We made one last leg burning top to bottom run before calling it.

Before I left for the day I stopped by the Whiteface guest services. I was able to meet Brandee and get the pics she had taken of me. I also met Aaron Kellett, the general manager. Aaron figures they have one week left of skiing to add to an already great season. I thanked him for his time and met up with Blue in the parking lot. 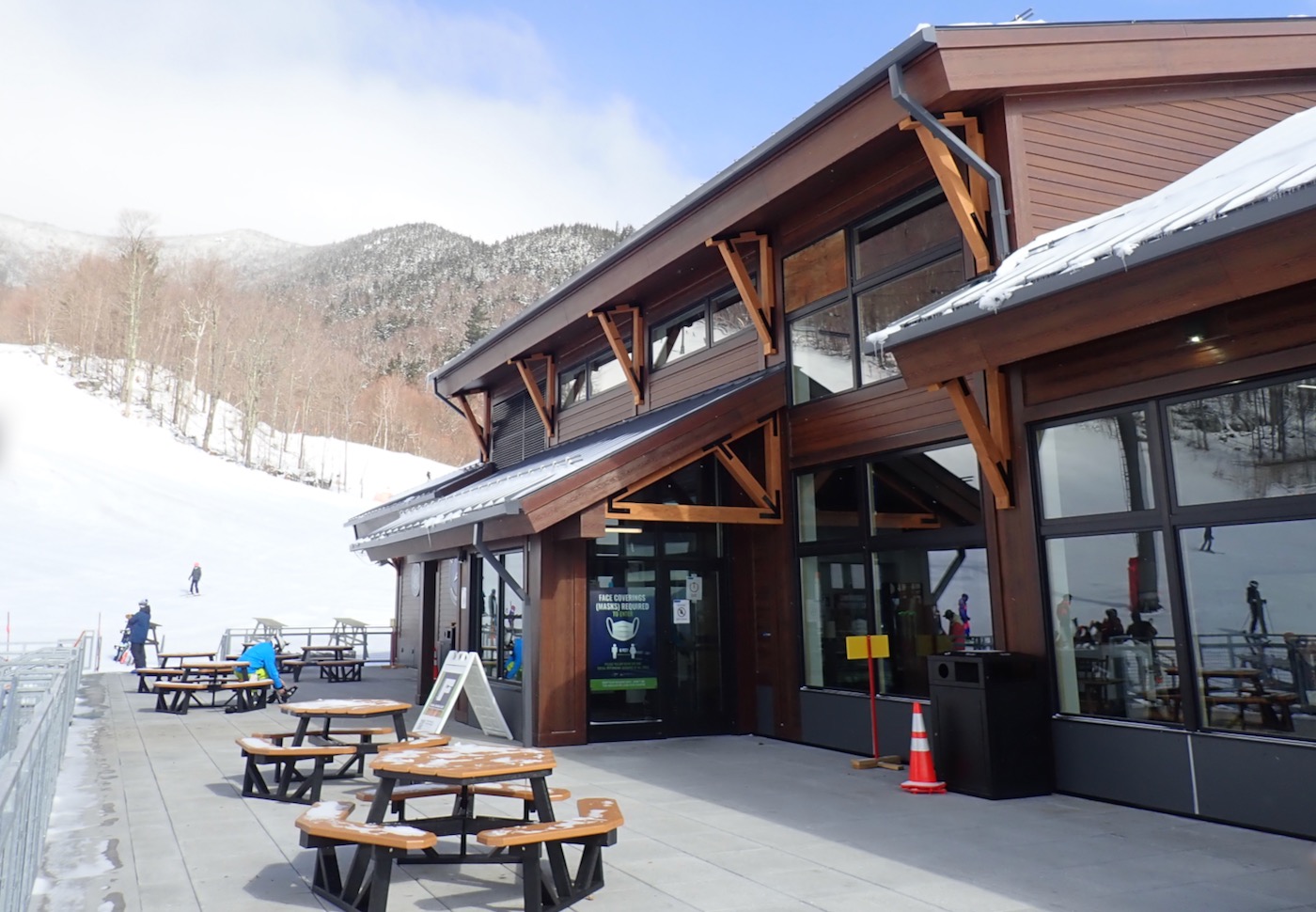 We loaded up the car and made the 3 hour drive back. There’s something satisfying about the soreness after a long day of riding, on one of New York’s tallest ski hills. Similar to a runner’s high I was in a euphoric state the whole drive home. I imagine that’s how I will feel whenever the season ends too, knowing I have no regrets and rode as hard as I could.

11 comments on “Whiteface: Time to Rip”