Most New York skiers know that Whiteface was the Olympic mountain in 1980, but many haven’t actually considered which runs were used for specific events. It’s logical to assume that Cloudspin and Skyward were used for the Olympic Downhill courses, but beyond that many are vague on the details. 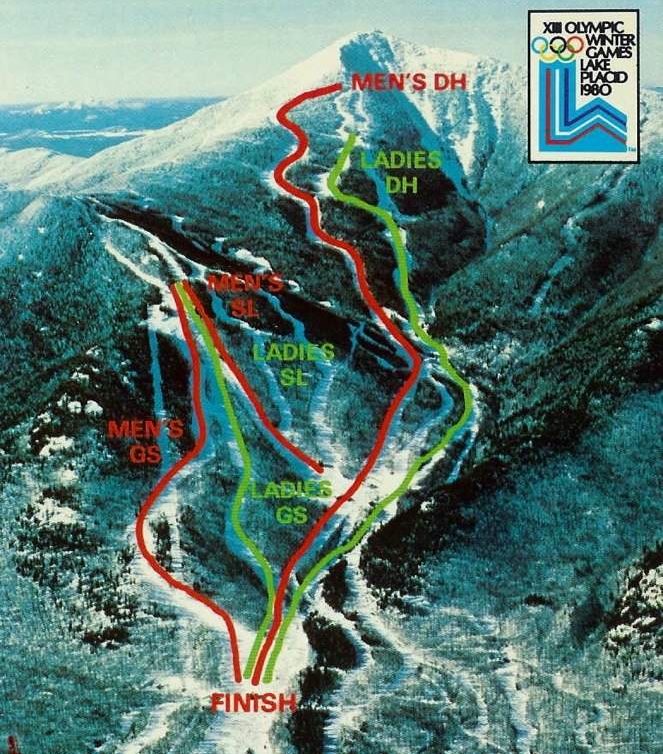 We were given permission to use this post card from the 1980 Winter Olympic Games that were held in Lake Placid and at Whiteface. It came with no description. We thought it would be a simple matter to match the graphic up with a current Whiteface trail map to determine what trails had been used for each event.

However it was not that easy. We’ve crowdsourced the information from the comments below and posted them in our guide. If you’ve got relevant information the 1980 Whiteface Olympic downhill, slalom or grand slalom course, please post a comment below.

For more on Whiteface see our profile and history of the mountain.