Whiteface recovered nicely from the rain. When I arrived, it was in the 20s and windy. The roaring of the snow guns was music to my ears. 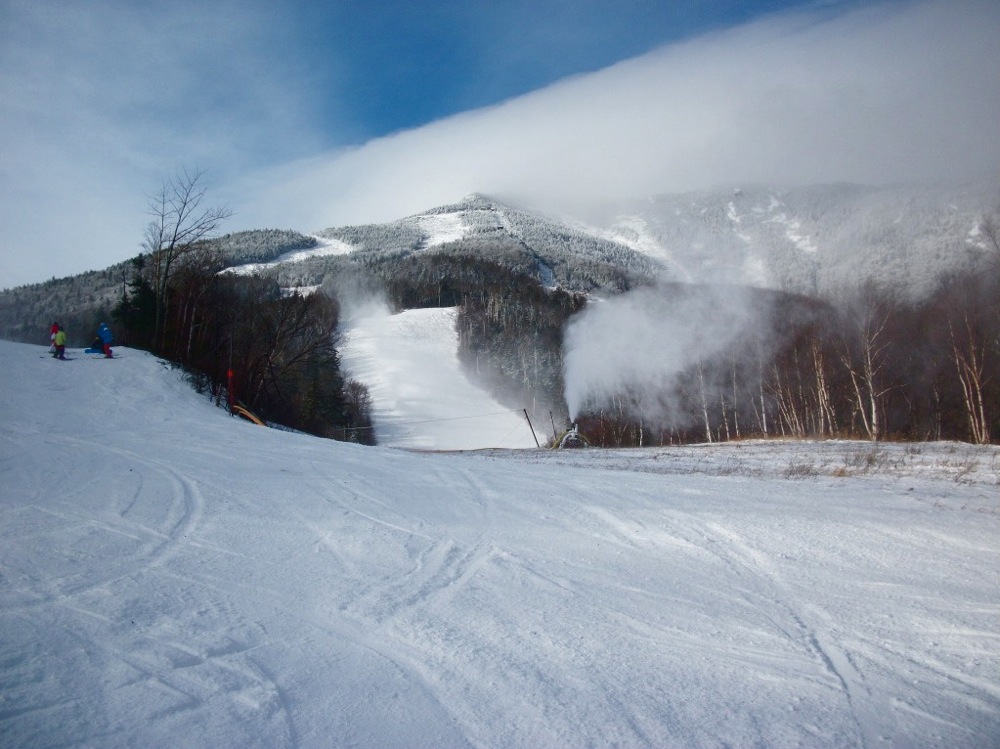 I didn’t get a chance to take my first run until 9:45 and was anxious to ski Essex because I’d missed it last weekend. I asked a couple of guys on the Gondi how it was skiing — they found a breakable crust at opening, but hadn’t skied it since.

Apparently, lots of other people had, because it was all broken up and I was skiing soft bumps all the way down. I continued down to Lower Northway where the guns where blowing a nice light product and I skied manmade powder all the way down the trail. 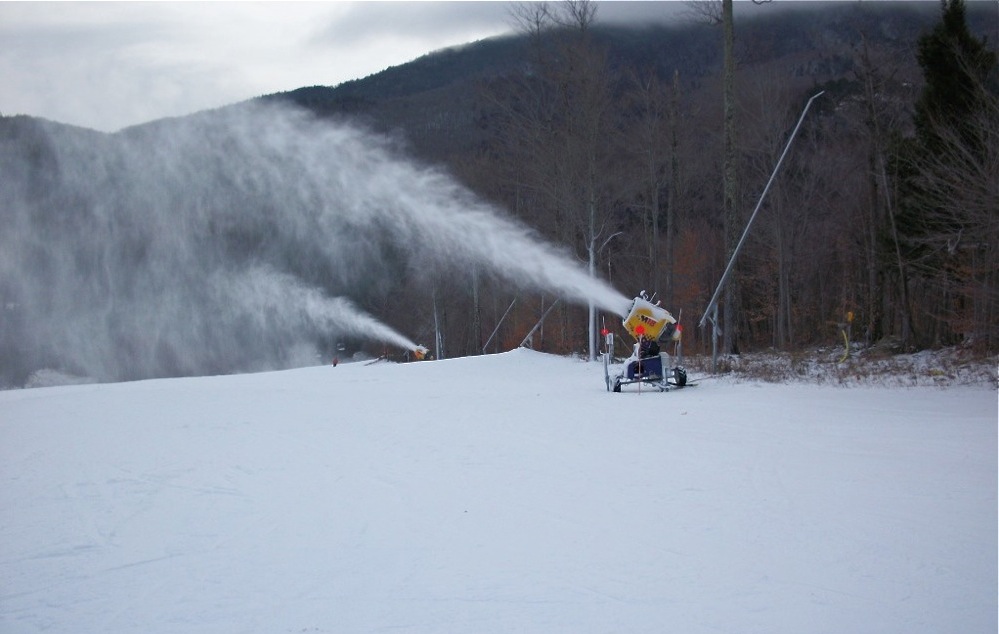 Whiteface’s full snowmaking power was on display. It seemed like every gun they owned was going. Based on what I saw, it looked like John’s Bypass and Victoria would be open soon. And I was glad to see the guns blowing on Boreen. 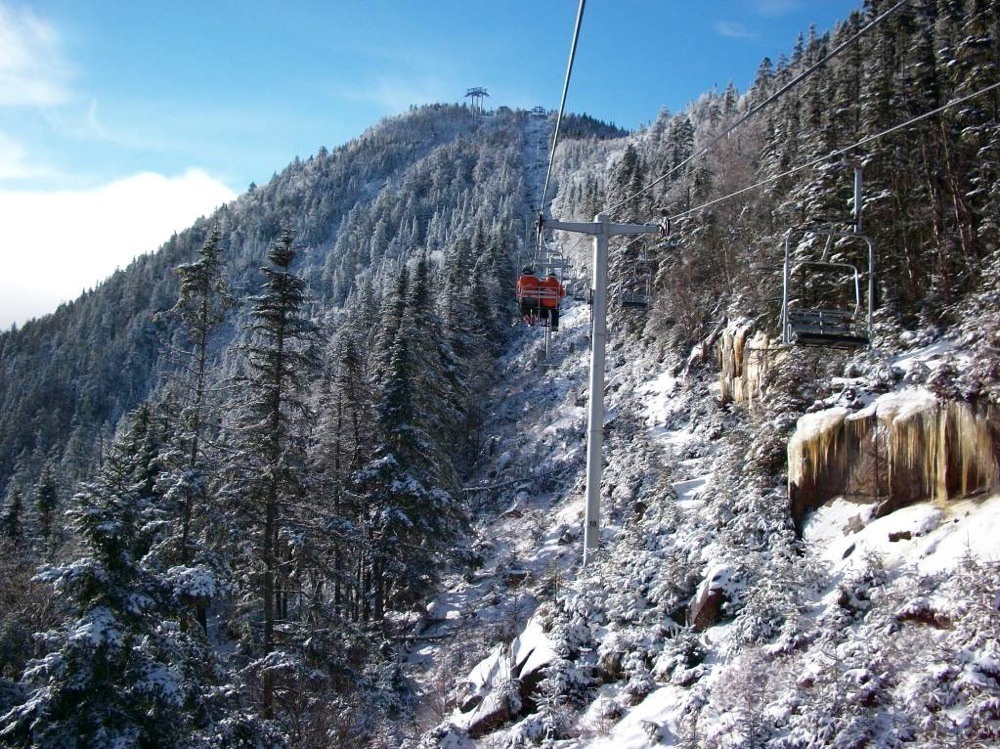 As I mentioned, it was windy, but if you rode the Little Whiteface chair the air was calm until you got to the summit. It’s always a scenic ride, but it was especially nice on Saturday.

All weekend, we saw new instructors taking part in clinics getting ready to offer top-notch lessons for guests seeking that service. 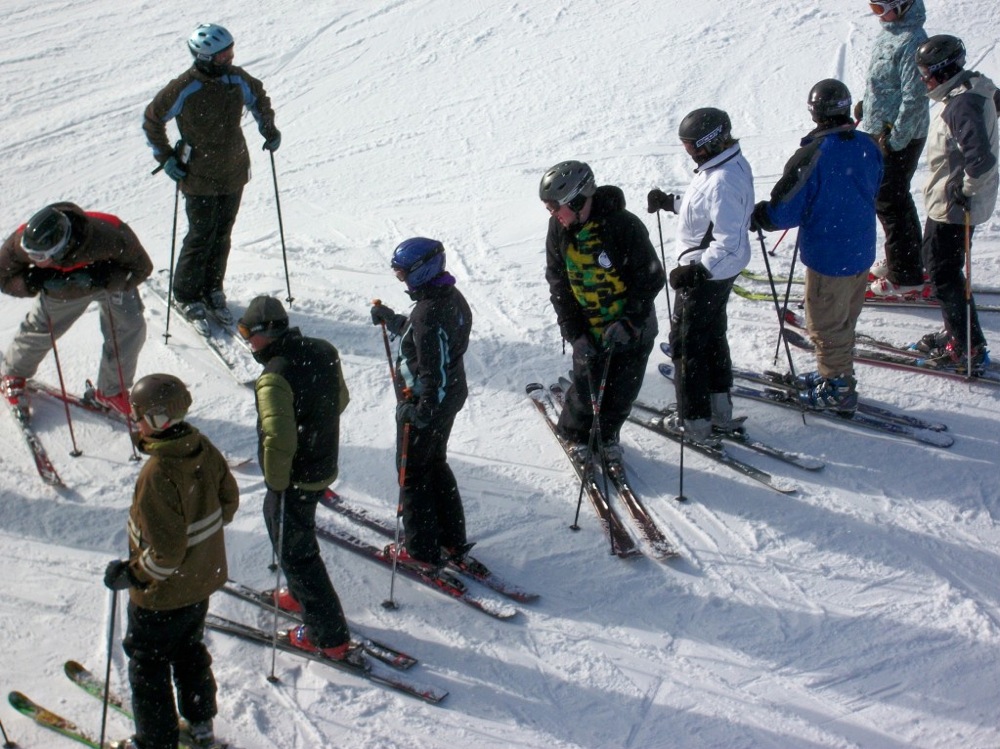 The weather and conditions were similar on Sunday although it snowed on and off during the day. I talked briefly to local weatherman Gib Brown, who thought we could get several inches on Monday.

At the end of the day, I was talking to a couple of guys from the OC Ski Club from Albany who were waiting for their bus. They were raving about the conditions. They said several of their members didn’t come because the early week weather had discouraged them. They were glad they came to Whiteface and were looking forward to coming back soon.