With the recent warm and spring’s imminent return my friends and I headed north hoping to extend winter. Luck was with us: we planned our trip far in advance and Tremblant was getting snow. 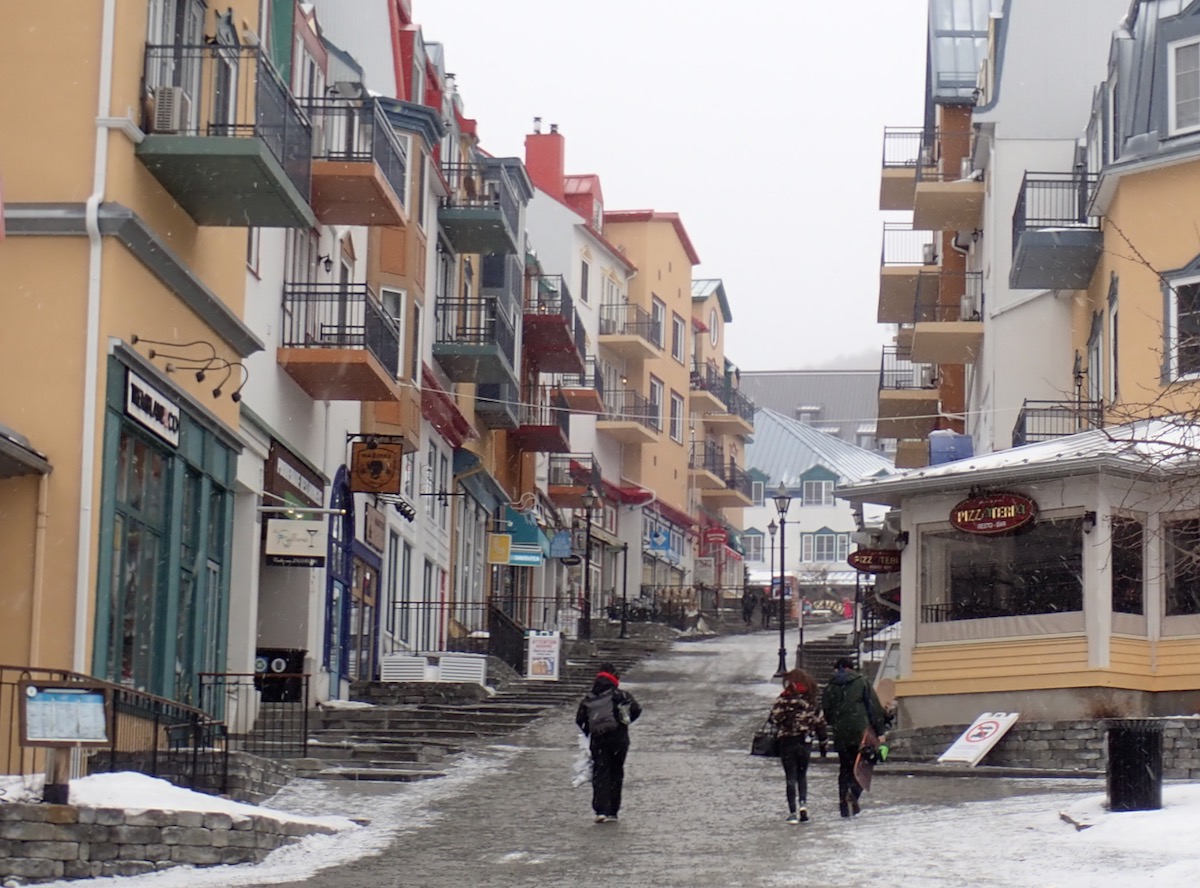 We booked a mountainside airbnb, a five-minute walk to the Express Gondola. Chip, Alex and I were joined by Blue and his brother as well as Dave and Ally. As we settled in Thursday, snow started falling, setting up a great weekend.

We woke up to an inch of fresh snow Friday and it forecasted to continue throughout the day. After a quick breakfast at a french cafe we met up Dave and Ally. We soon boarded the gondola and headed to the top. 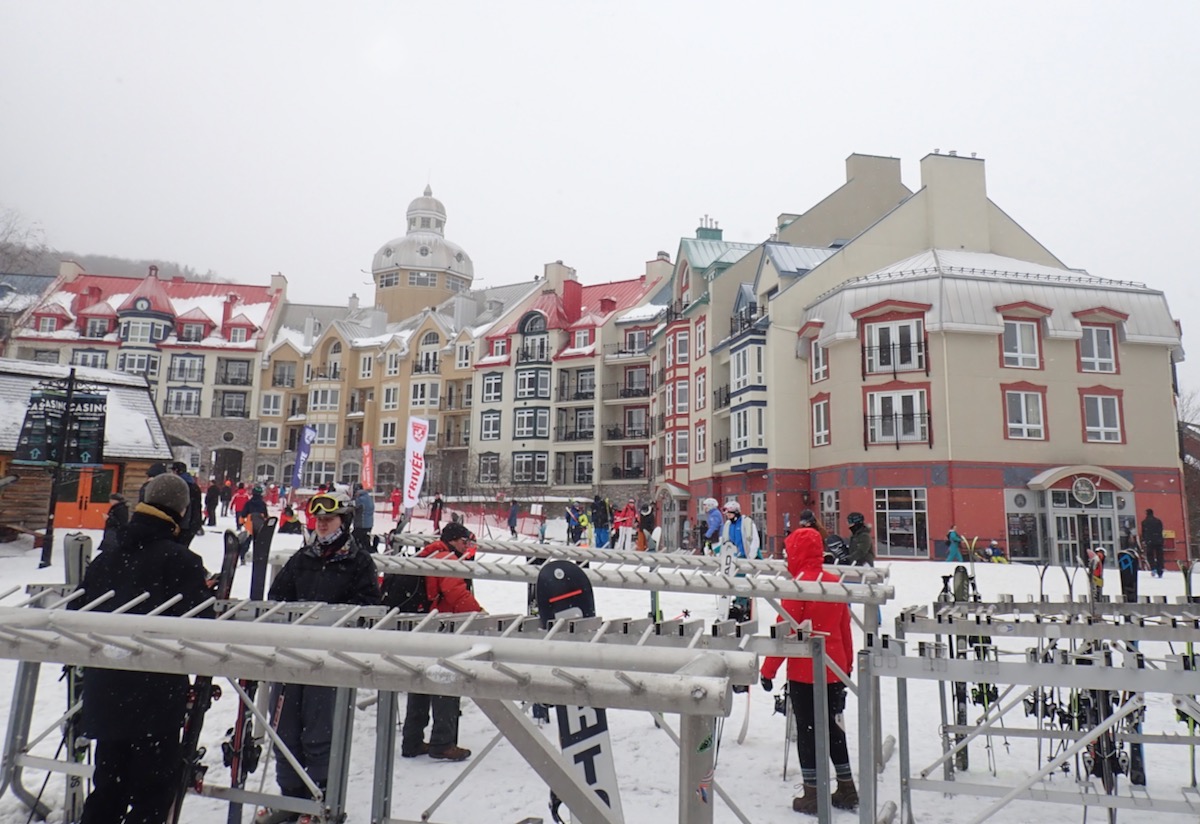 This was my first time to Tremblant, and I was content to let the group decide where to ride. We started on the Upper TGV lift to avoid the crowds gathering at the main base and then moved on to Versant Soleil, the sunny side. Erik Guay was one of the most memorable runs off the front side.

The view is one of the best on the mountain providing a gorgeous look at Lac Tremblant as you speed down the smooth black. We spotted the Bon Vieux Temps glades and could not resist the new snow that was starting to pile up. The glades at Tremblant are wide open making them a blast to rip on a snowboard. 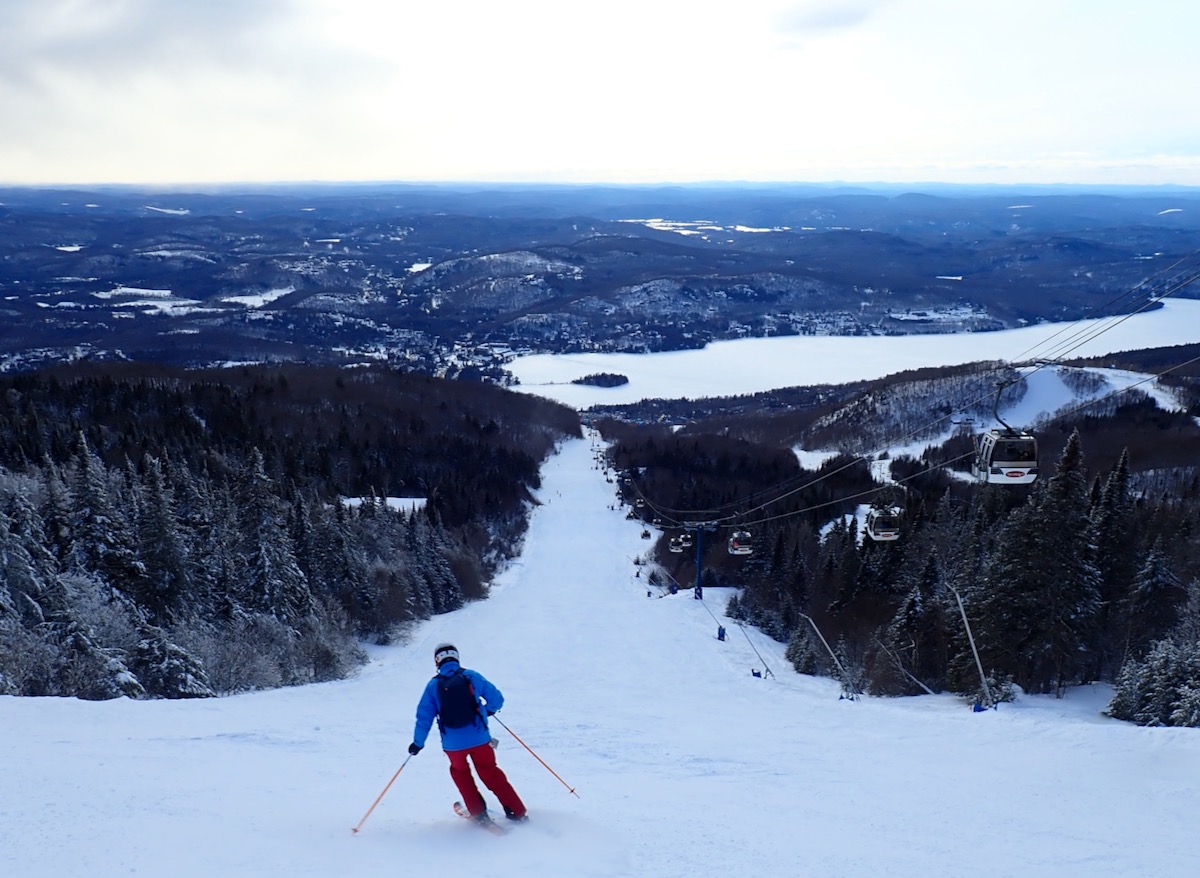 Over to the North Side of the mountain for a change of scenery, the park rat in me couldn’t resist. As we made our down the face I dragged the group into the Sissy Schuss Park. There was something for everyone and it was all smiles as we ripped through the variety of features.

We rode the Expo Lift on the lookout for more trees. Windigo was more of a moguls course with two trees in the middle. The snowboarders took the first exit we could huffing the whole way out. Les Vallons on skiers right was what we were looking for, wide open surfy glades. We headed back to the south side to finish the day with beautiful views of the lake and village. 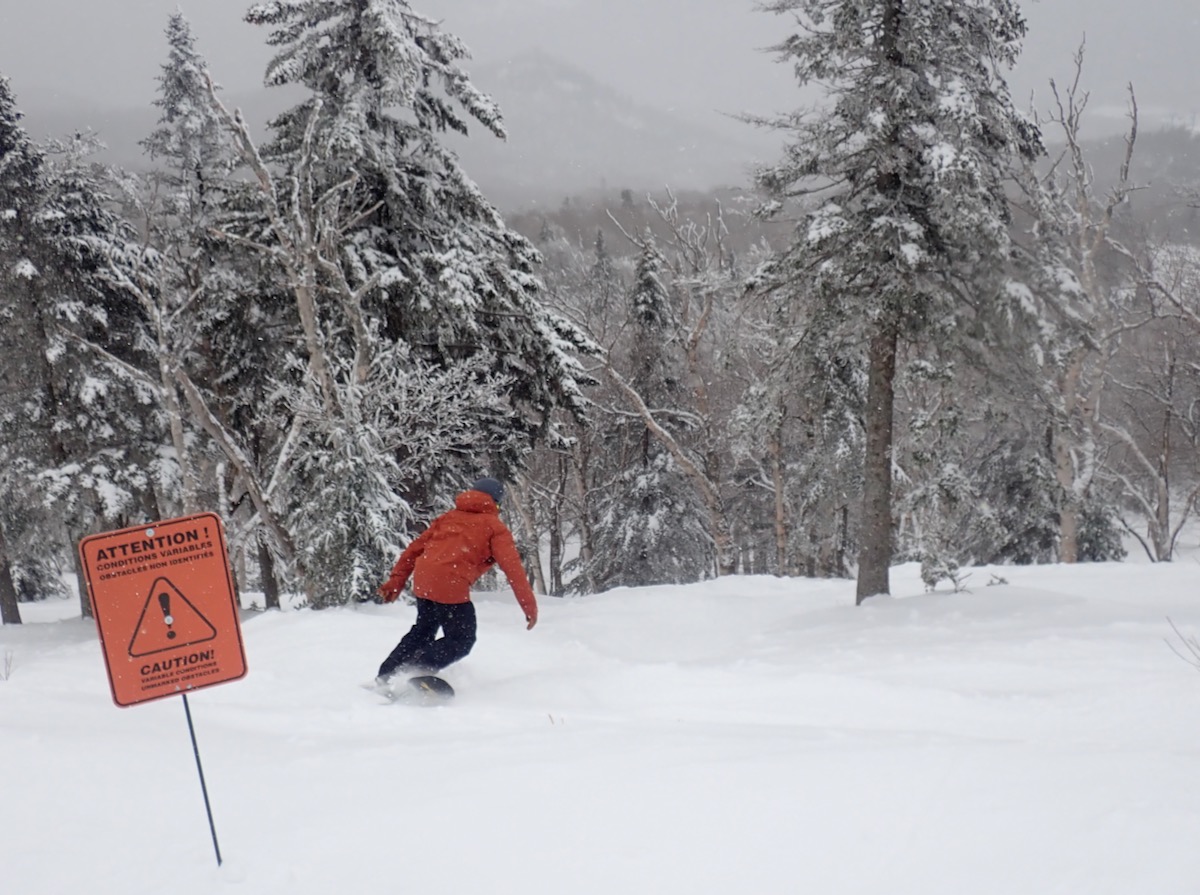 Saturday was a dramatically different weather day, absolutely bluebird. With the mountain figured out, we had a gameplan. Five minutes after first chair we were up and headed to the south side. The prize was Expo, a double black groomed run that looked particularly nice the day before.

It was worth getting there early and ripping down the steep headwall to get the blood flowing for the day. We had also seen from the lift an ice cave to skiers left. It was a great place to stop halfway down to get some cool photos. 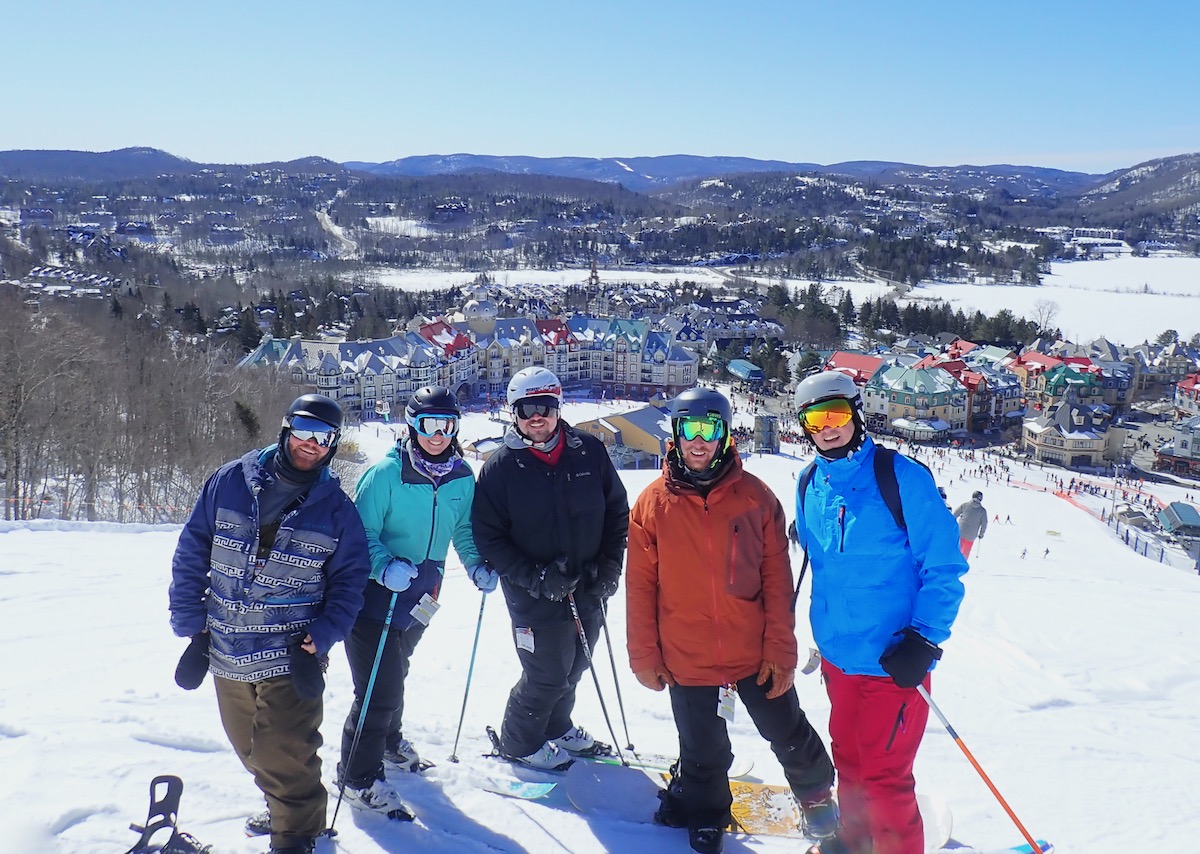 After the photoshoot the group was ready for some more advanced terrain so we headed to the Edge. The Edge was the first fixed grip lift we ran into all weekend and it provided access to all black terrain on the North Side. It also had great tree skiing and with sun softened snow we lapped the Edge lift till our legs screamed.

As the sun shifted we followed it to Versant Soliel. We soaked up the sun and cruised the groomers to finish the day. We poked in and out of the La Jamme trees and Dave found a nice little cliff to send it off into the sunset.

Everyone was feeling the two days of hard riding on our way to Montreal. That night we stuffed ourselves on all you can eat Korean BBQ and live music at 2 Pierrots. Over a few drinks we agreed to make it a yearly trip.

4 comments on “Tremblant: View from The North”