When I saw the weather reports for the north country predicting a big snowfall in the last week of February, I made plans to go to Lake Placid on the night of Friday the 28th February. 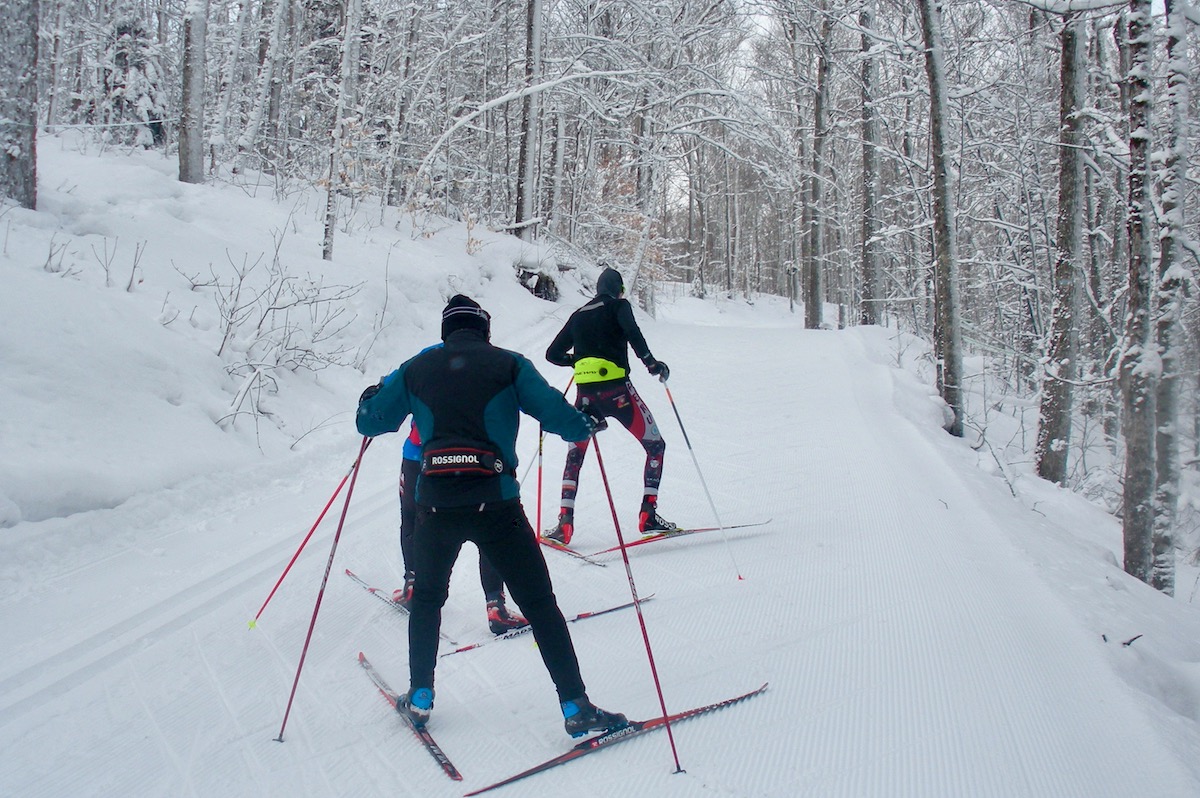 It was the storm that kept on giving: on Saturday morning, I brushed an inch of fresh snow off my car, and drove to Mount van Ho. It was a frosty 8 degrees when I arrived.

I corked four layers of kick wax into my skis, put on all the warm clothes I owned, and set out for a tour. Since I had to head home Sunday afternoon, I decided to flip my workout routine: Saturday would be easy long distance, and Sunday would be intensity.

After an easy lap around the Flatlander to shake out the cobwebs, I set out to inspect the updated route for the Lake Placid Loppet. Leaving the stadium, I went up Main Street, and was both surprised and thankful that we turned into the woods before reaching the very top of the climb. To me, this is a great idea: the climb immediately on leaving the stadium will string out the pack some and reduce the risk of broken poles and skis in the mad starting scramble. 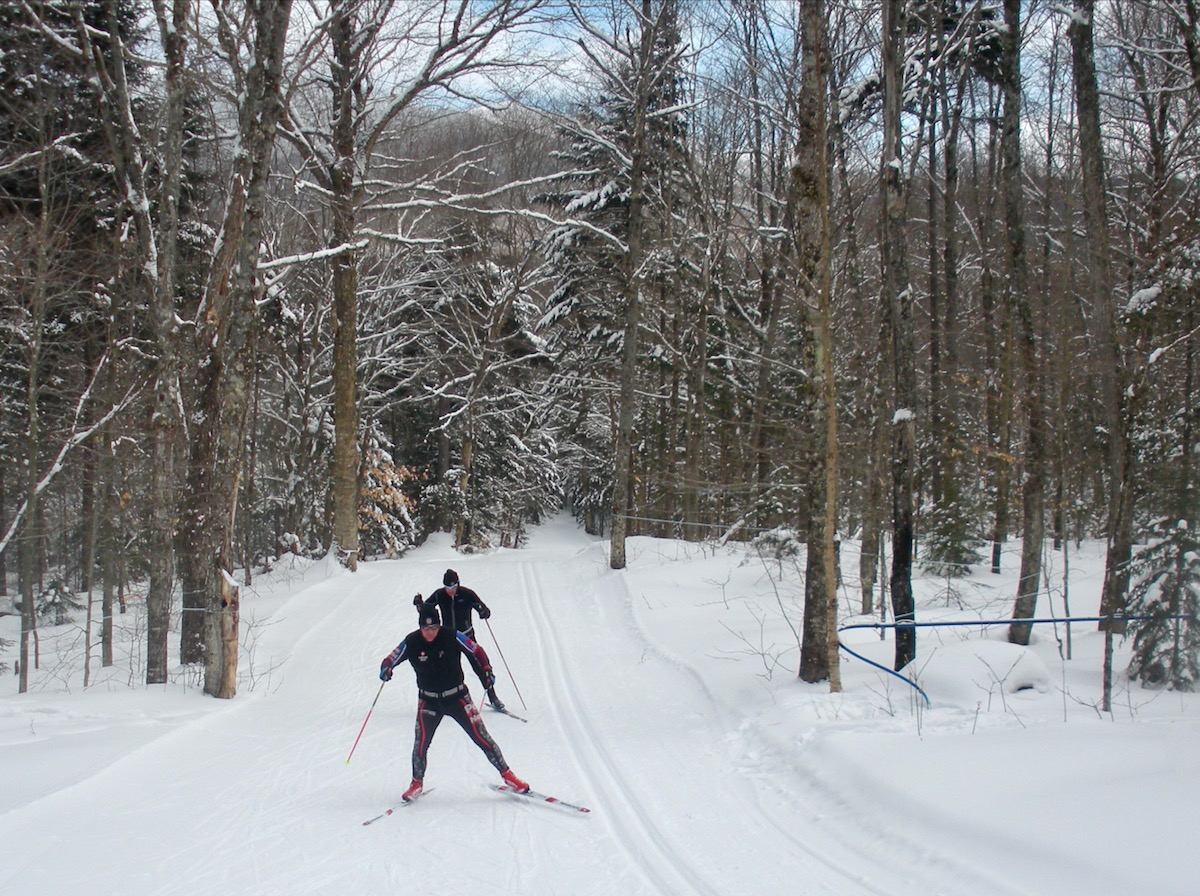 I tucked and rode the winding Innerloopen descent until I came to the East Mountain connector. Back on the traditional Loppet route, I headed out to Porter Mountain.

The awesome coverage was what we nordic skiers call hero snow. While I wasn’t the first on Porter Mountain, the corduroy was fresh and the classic tracks were rock hard. After intersection 42, the grooming stopped. With the NY State Biathlon Championships happening, the groomers had to prepare track on the other side of van Ho. No worries: a bit of fresh snow covered more corduroy.

I went up the third major climb to the height of land where the goddess’s temple used to reside, and dropped into first of the roller coaster hills. Steep descents with hammering corners, fast enough that my momentum carried me almost to the top of the next hill. 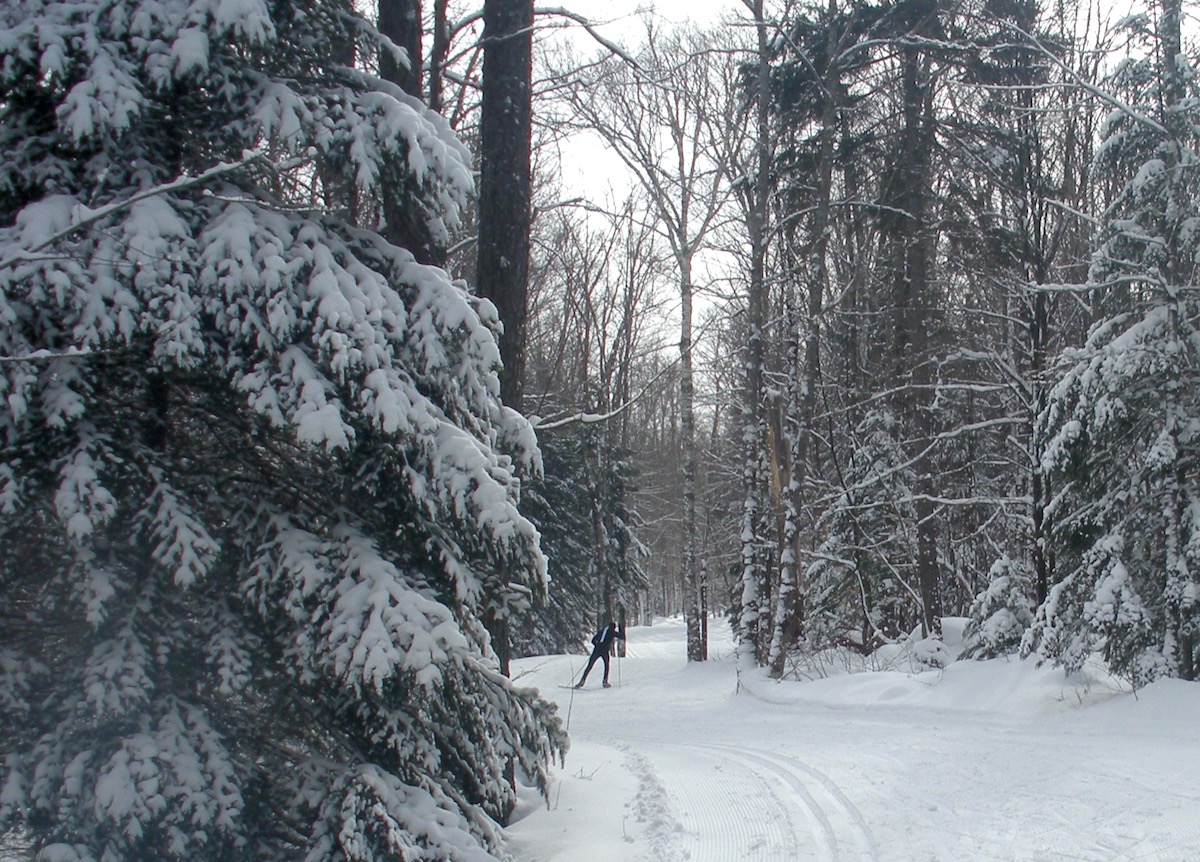 Finally, I glided out, and double poled to the base of the hill that connects Porter Mountain to Russian Hill. Descending off Russian Hill, I kept to the left to climb Hi-Notch. At the height of land, I stopped to pay homage to the Goddess of Anaerobic Threshold, who was moved from her old home on Porter Mountain.

With the upper section of Ladies 5 closed due to construction, the Hi-Notch downhill ends with a hard right turn so you’re skiing backwards, as it were, on Ladies 5. At the big open intersection, I kept left to continue skiing backwards: this will be new Loppet route. 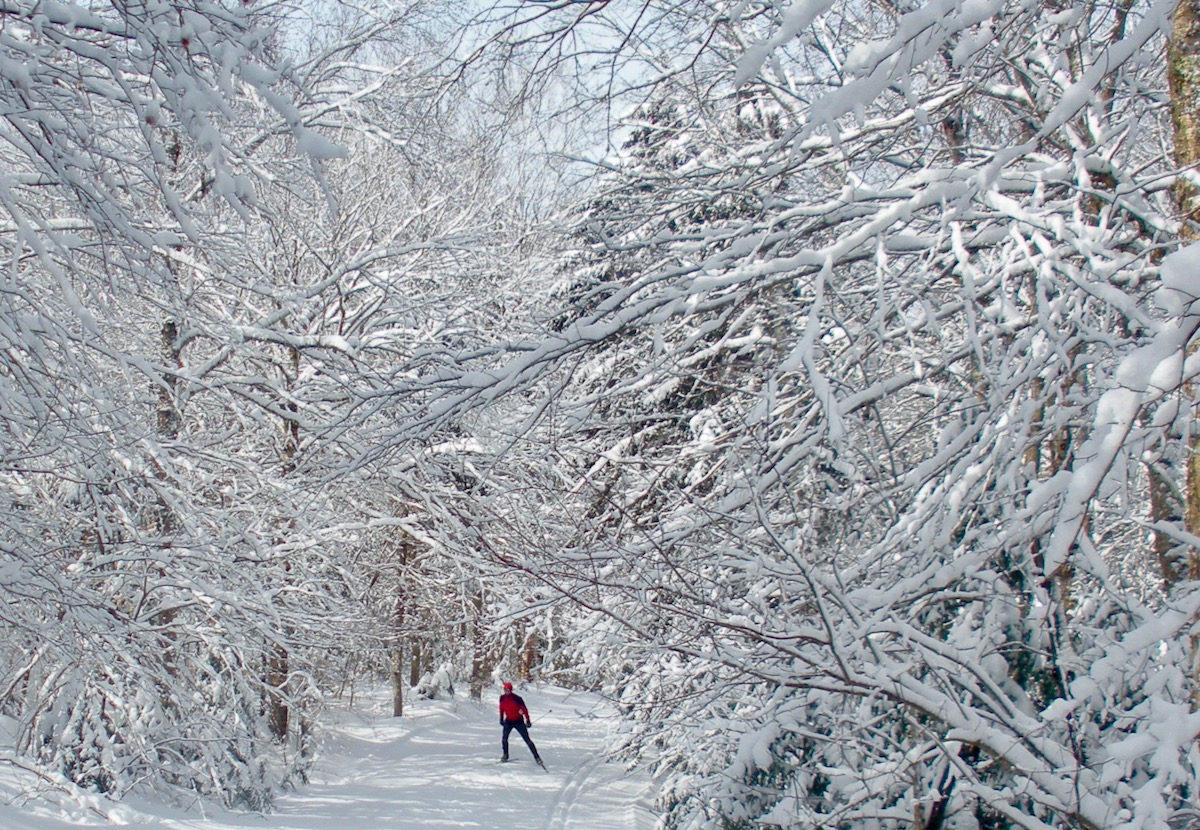 After lunch, I skied the biathlon side of the trail system. The new route for the Loppet takes you over the bridge and behind the biathlon stadium before you get back to your regularly scheduled Brookside down hill, a place my friends named “Thumb Hill” as I once face planted and dislocated a thumb there.

On the big Three Trails downhill, I kept right at the intersection. No need to follow Perimeter, I just wanted to remember the hills and find the new route back to the stadium. All in all, 17 miles in the books. I’ll take it.

The next day, I intended to ski Porter Mountain hard, but I got stuck behind a Pisten Bully. With no safe way around the beast, I retraced my steps up Russian Hill to Hi-Notch. 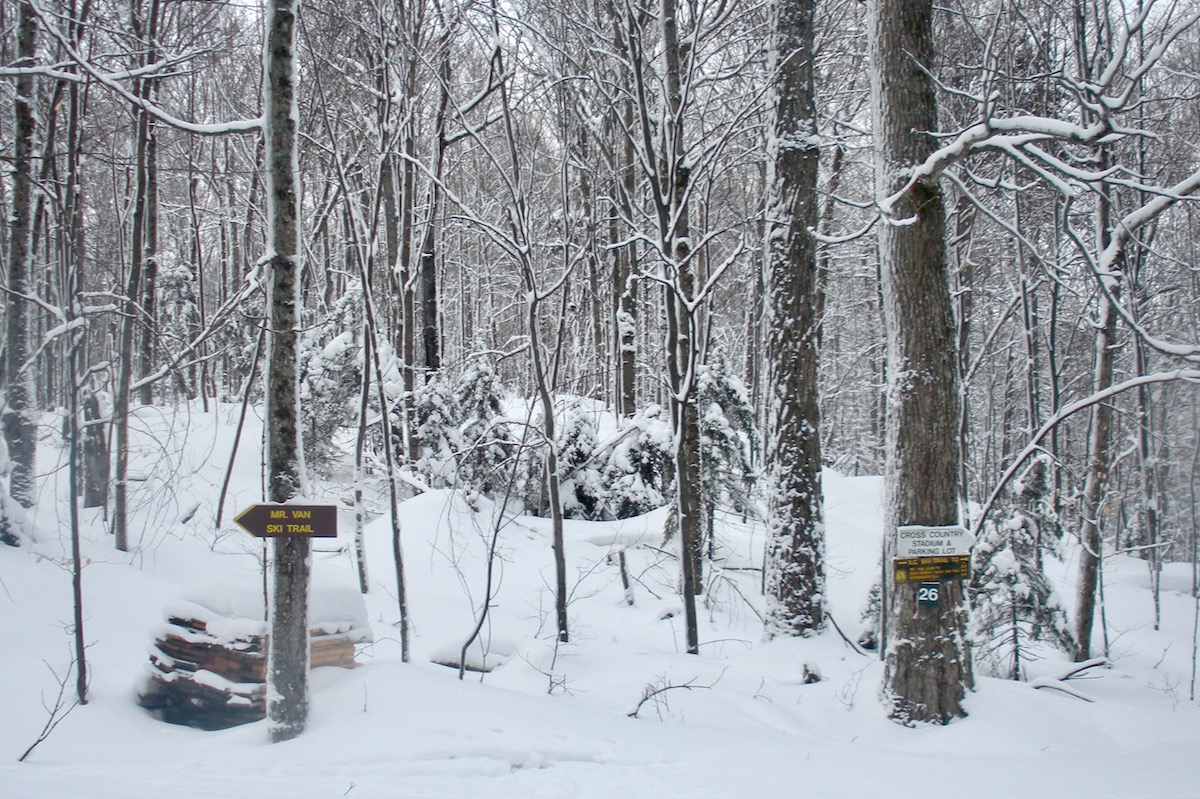 When I descended, I ran into the Distributor of Pain and the Colossus of Chaos, Peru Nordic teammates. With the groomer way out in the woods, we skied some down Porter Mountain before heading again up East Mountain. Having burned a lot of matches, I peeled off after Russian Hill. It was great to catch up with them, and I staggered back to the lodge to eat a sandwich before the schlep home.

An hour after I submitted the first draft of this piece to Harv, organizers cancelled this week-end’s Lake Placid Loppet due to uncooperative weather. A second week with high temperatures above freezing, and rain.

Driving south from Lake Placid on 1 March, I’d tuned in to WMHT for awhile. Between Brahms and Beethoven, the DJ goes, “March first is the meteorological start of spring!” She put a hex on the weather.