It was late morning on Saturday and by some miracle neither of my sons had any scheduled activities. I seized the opportunity to get them some exercise, a lesson in ski history and hopefully some pre-season psyche. I pried them away from the X Box to climb the ski hill at Silvermine Lake. 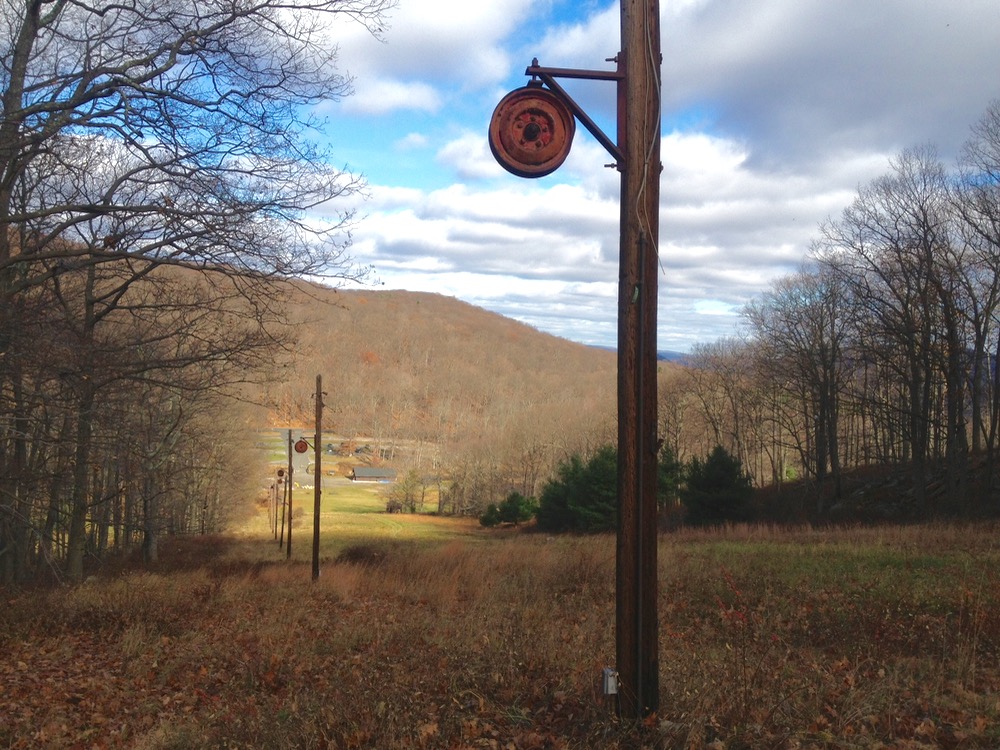 Silvermine Lake is one of several small bodies of water in Harriman State Park that are popular picnic spots for people from the city during the summer months. It also used to have a small ski area located near its shore. It closed some time back in the eighties I think, possibly a victim of warm winters or a lack of chair lifts.

According to Skiing in the East – Ski Trails and How to Get There, a 1930s era guidebook commissioned by the Federal Writers Project, Silvermine ski area boasted 290 feet of vertical with two rope tows, 1,800 and 2,275 feet in length. 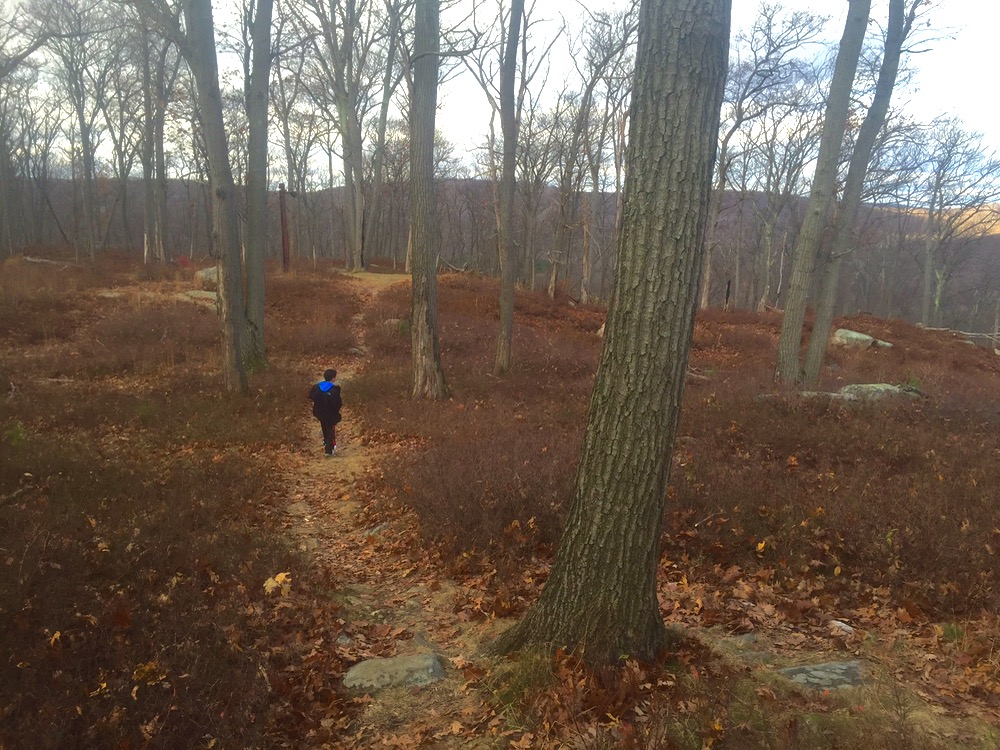 When we pulled into the parking lot, we found day hikers and some with bigger packs. There were also a few families with full lunches spread out on tables in the picnic area.

I was somewhat surprised to see that the old, small base lodge which stood just a few years ago back when I’d brought the boys here to sled, had been razed. There where the beginnings of some new construction where it used to be. 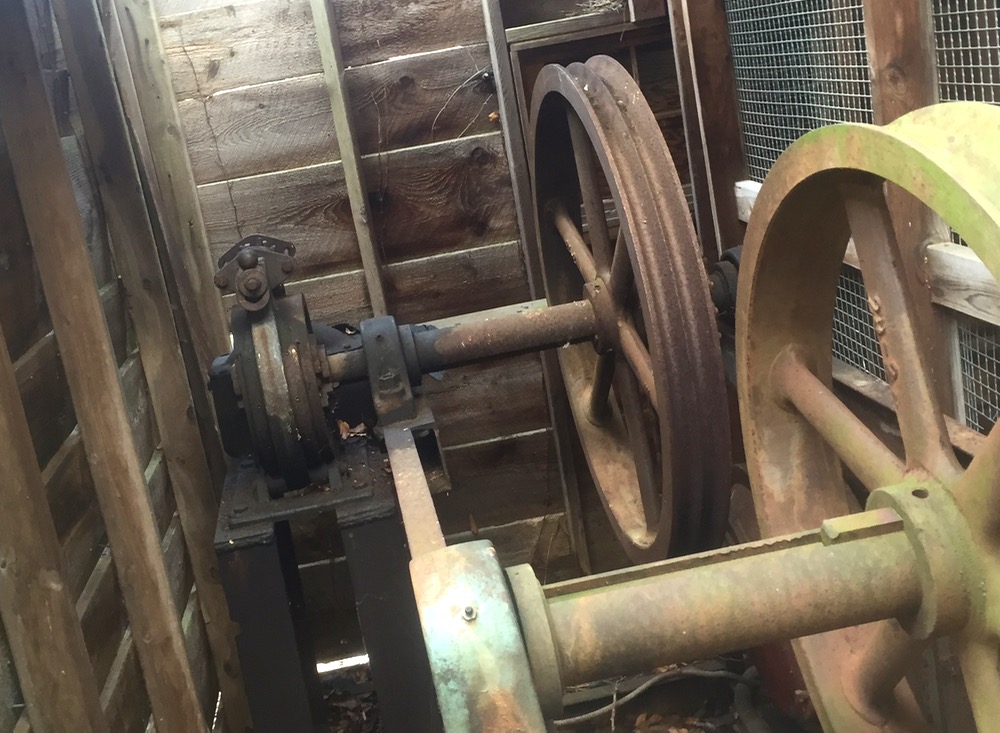 My younger son was negotiating as we headed up. There wasn’t really any need to go all the way to the top was there?  Then he borrowed my phone to take a selfie inside a broken down shack near the base. “You can wait here if you want” I said but he jogged right up the lift line as his older brother and I started to leave him behind.

I pointed out the towers and sheaves that were still visible in the trees and showed them the trail I had tried skiing a few years ago when there was snow on the ground. I speculated that the lift equipment looked more like a T-bar or poma then a rope tow and my younger boy agreed. My older son ate it up. He was taking pictures of everything that caught his eye.

I was happy that neither of them had any real trouble keeping up. Each time I pointed up ahead and said “Hey, check that out, let’s see what’s up there” they followed along willingly or ran ahead. At the top we found the remains of one of the lift terminals, at this point just some concrete and steel girder with some cable still laying at its base.

I was surprised to discover some old lights suspended in the trees and some PVC pipe visible along the edge of one trail seemed to suggest snow making activity at some point in the past. We headed back down to the novice trail. 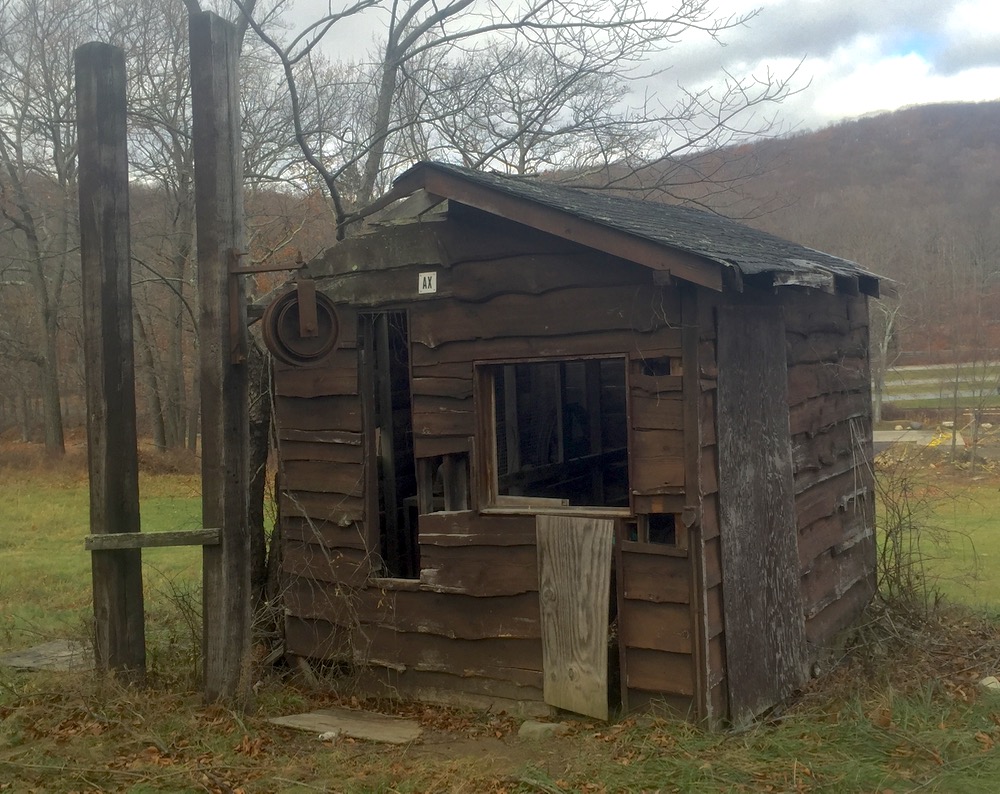 I steered the boys toward the old lift shacks as we neared the bottom. We were rewarded by finding the gears and machinery remained inside. One shack even had the old electric motor still there.

After more selfies and picture taking, we were headed back to the car; I was satisfied with the little bit of exercise we got and the education I’d imparted to my boys. One of them even asked if we came back this winter, could we bring our skis in addition to our sleds.