At Plattekill Mountain, NY, the ski season started off with a bang. The 3-day storm that punished the northeast with rain and snow held on to cold temps near the mountains of Roxbury. 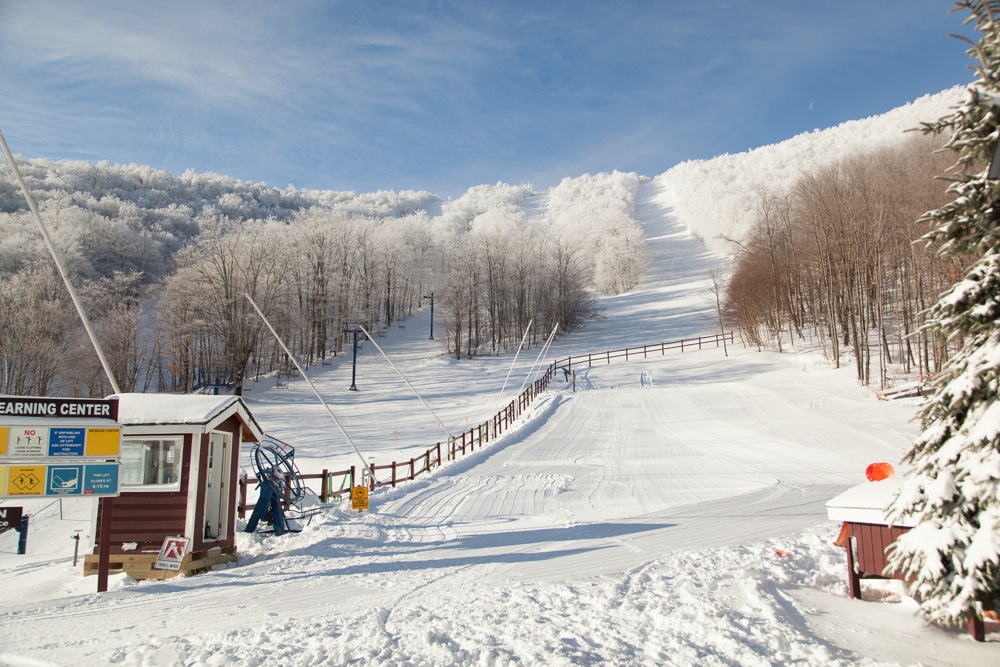 In the end we were left with a soft fluff that clung to the slopes with the tenacity of a much older base. Taking advantage of early season rates ($35 thru 12/21), powder hungry skiers gathered early for a chance at shredding the weeks accumulation as the lift turned for the first time.

Our group was wide-eyed and diverse. 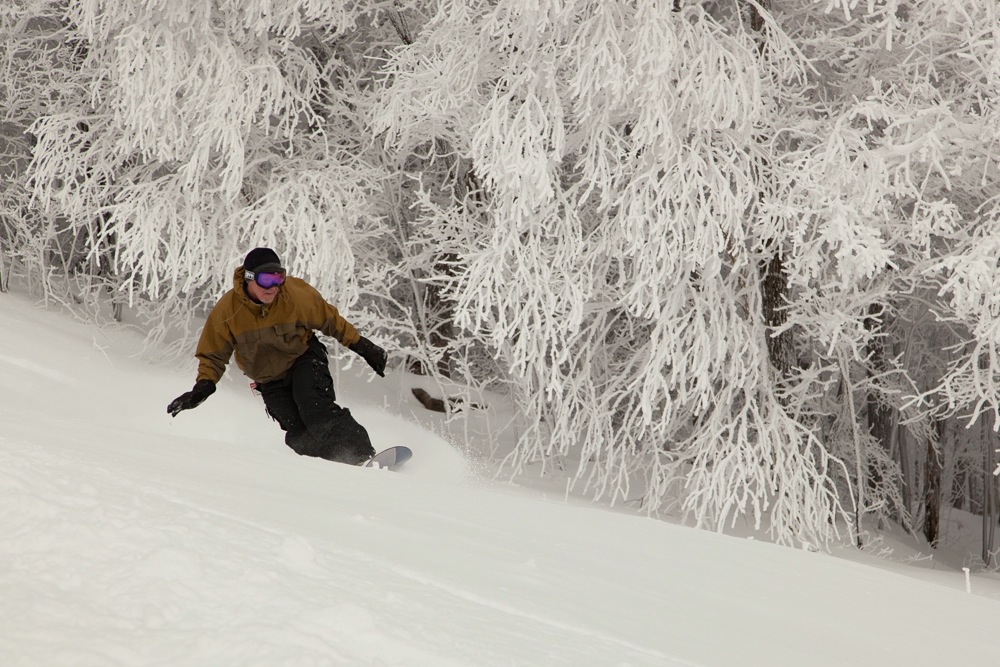 Korp, a Californian who last snowboarded at Whistler about ten years ago, didn’t know what to expect from the east coast. To ensure I didn’t over-promise, I merely insisted that he get his bags by the door before turning in. Waking up at 5:30am, it can be hard to pre-visualize an efficient early morning routine.

Fiji also didn’t know what to expect. Despite living in NY his entire life he’d never been to the Catskills. 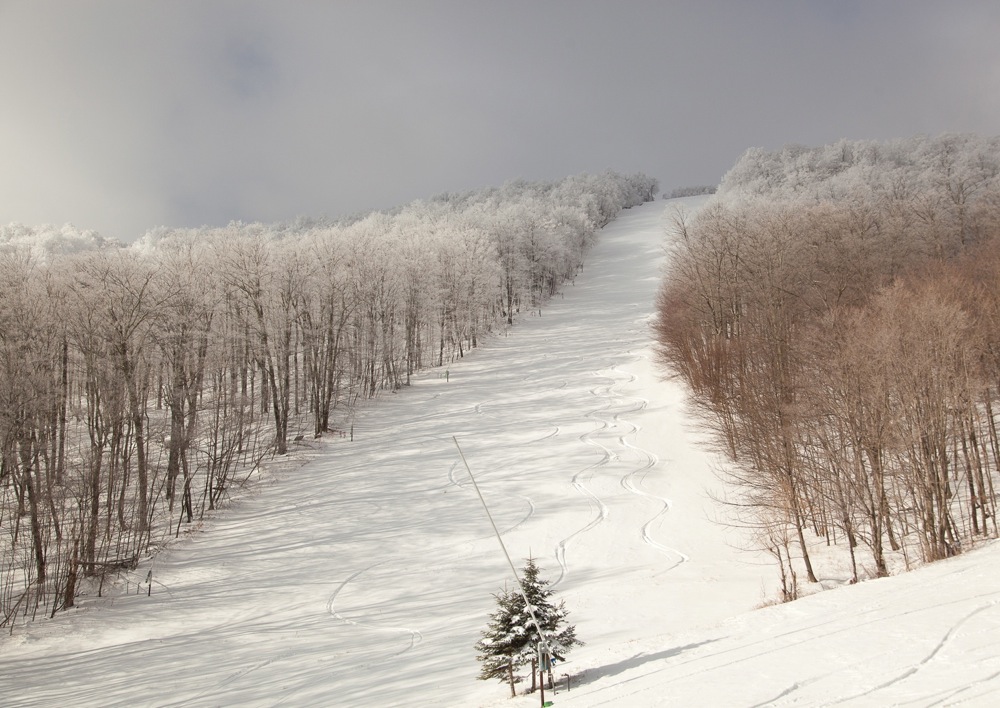 After turning towards the mountains on Route 28, eyes began to open. The Burroughs Range was aglow in early morning light, balanced over the reservoir. The towns by the Esopus River were pure early season magic. Everyone was primed for a day outdoors.

Early morning logistics are torture for me when there’s fresh snow outside, but the lodge was chill; more like a reunion than a shark feed. Catskills explorer George Quinn and head of Plattekill’s Telemark School, Jeff Crane made their friendly rounds. Lift tickets and rentals were easy as the ski shop handed over brand new Rossi snowboards to my friends and said “have fun.” 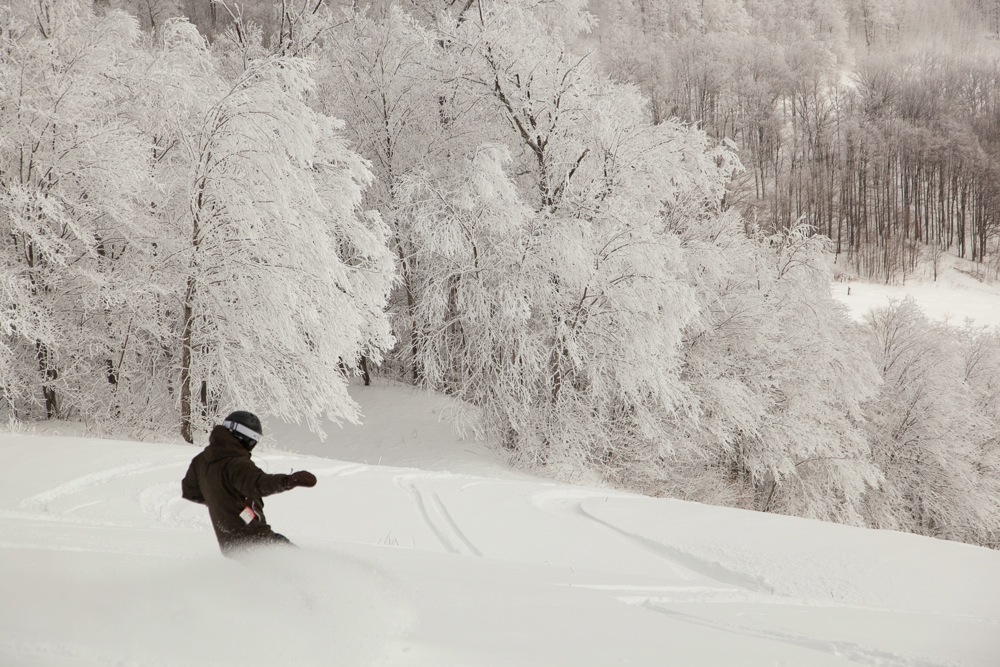 Once outside, local reporter Jen Kabat teased me about cutting the line, but I was catching up on official business with veterans of the NYSB tree skiing work party.

This day had all the hallmarks of a legendary opening, with the only unknown at this point was the skiing itself. 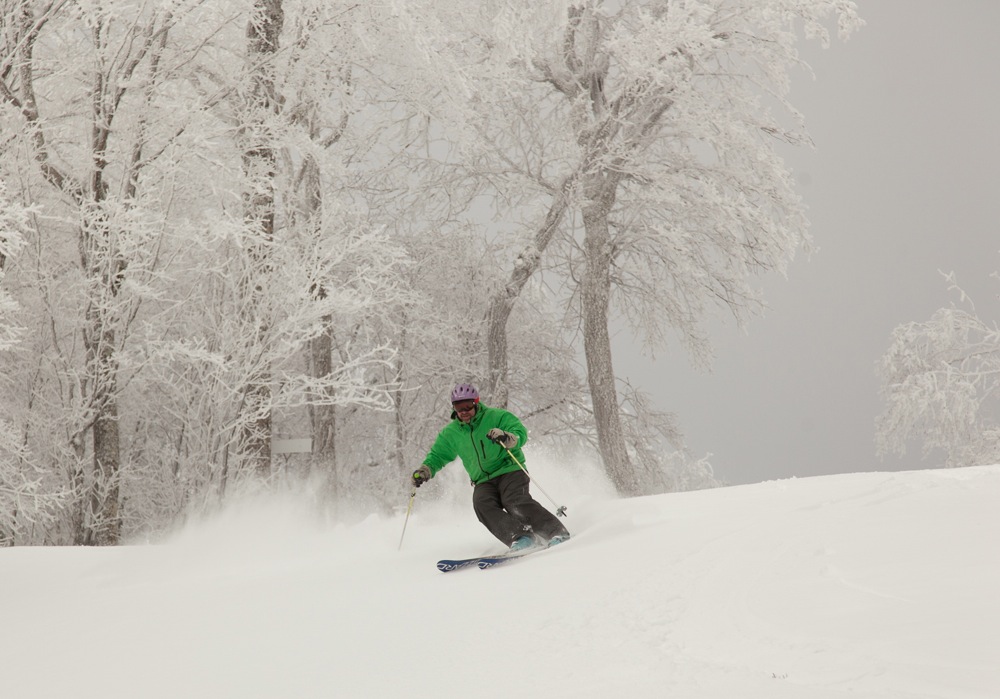 Once again Plattekill delivered. On our first run, Korp took a tumble or three in the soft snow on North Face, each time getting up a little more dusted and smiling ever wider. There was corduroy down skier’s right, but he couldn’t resist the ungroomed yelps and plumes that were following us down on the untamed left.

By the end of his first day back on his board, Korp was in the zone. I’ve never had much interest in snowboarding, but watching an artist sign the blank canvas with a single plank was inspiring. Skiing next to his tracks, I could feel the flow he was enjoying. 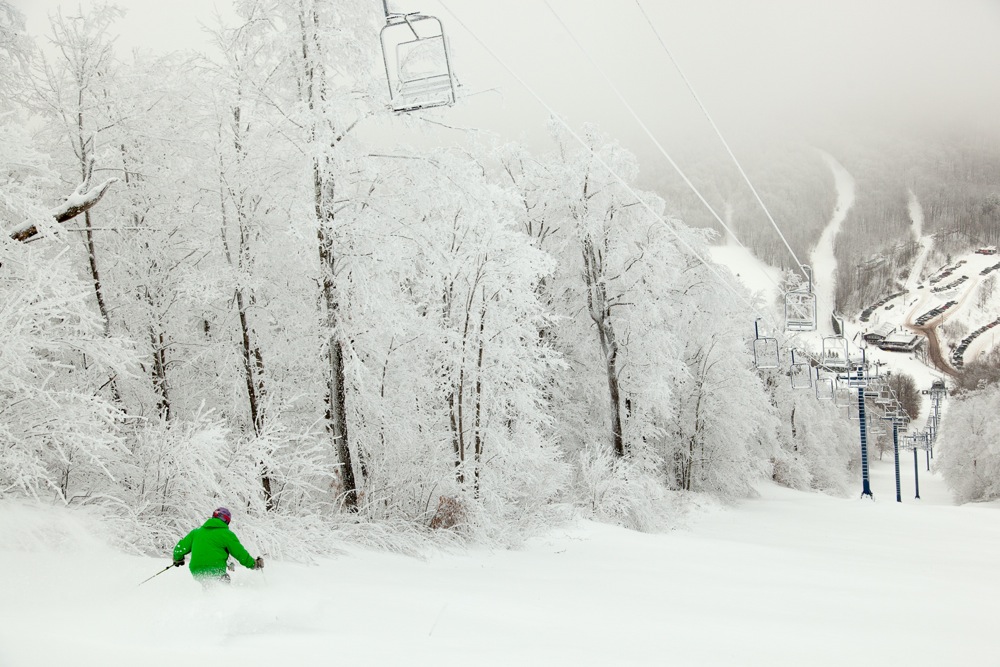 We went up to the bar and toasted with a freshly tapped keg Keegan’s Milk Stout. Skiers and riders enjoyed the unmistakeable soreness of a tired and happy body from skiing pow all day.

Cheers to Plattekill on a remarkable opening, and best wishes to all for a season to remember.