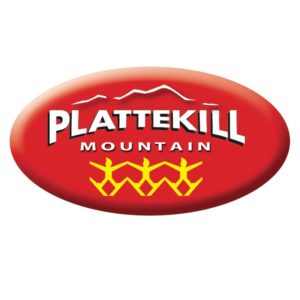 I understand the support the Belleayre mountain expansion project has been receiving and I acknowledge the positive economic impact it could have for the local communities. But there are some real negative effects it could have as well on the local businesses it will compete against. My ski area, Plattekill Mountain, is one of those businesses.

I have reservations about the magnitude of Belleayre Resort, but I don’t have a problem with the project itself. It’s private money that’s being put at risk.  Route 28 is in desperate need of more quality lodging properties. If that’s what they want to build, and they’re willing to see it through, let them do it. That’s capitalism.

With regard to the Belleayre Ski Center build out, I believe that the business model is flawed.  I don’t think the state should spend $74 million of public funds to build out a ski area that will struggle to realize a payback. The projections in the DEC’s most recent UMP estimate skier visits to rise to 320,000. This seems extremely optimistic; it’s twice the reported average for Belleayre over the past five years and more than three times the 103,000 visits reported as of March 11 in the most recent season. That number is significantly higher than the numbers put up by New York’s other two ski areas.

If a private ski area like Plattekill were to attempt to borrow $74 million, I doubt we’d be taken seriously by any financial institution.  But if we were able to convince bankers to let us carry that much debt, we’d be in serious financial trouble after a season or two like 2011-12 where all of the ski areas in the region were closed by the middle of March.

This is exactly what happened at Greek Peak in Cortland County, which filed for bankruptcy and was sold at foreclosure auction earlier this year. In that case, an area with 250,000 skier-visits accumulated $48 million of debt after building a hotel and waterpark. They had a growth model that projected 350,000 annual visits and the sale of condos — both of which never materialized — forcing the bankruptcy. The resort recently sold at auction for $6.4 million dollars.

Another example is Montage Mountain near Scranton PA (renamed Sno Mountain). It racked up $14 million in debt, was forced into bankruptcy and sold at auction for around $4 million. I can name others.

I don’t want Plattekill to become another Catskill lost-ski-area statistic like Scotch Valley, Bobcat, Cortina, and many others. We’re moving into our 20th year and we’ve been able to weather bad snow years by keeping our debt load low. Competing against Belleayre and the State has been a difficult challenge, especially during the last decade when millions have been spent on improvements. I’m concerned that it will become even harder to compete with an expansion onto the Highmount property that could diminish our natural terrain advantages that entice skiers to drive the extra 20 minutes to Roxbury.

Belleayre hasn’t been a good neighbor during most of this time. For years before the ORDA takeover, Belleayre undercut our lift ticket prices. They’d wait until we posted our daily ticket rate for the season and then post rates that were the same or a dollar higher. When skiers compared what they were getting for the same price, Belleayre’s infrastructure would often win. On top of this, Belleayre would give the product away for free (BOGO) or come up with other discounts to undercut us, while operating at a loss that was subsidized by your tax dollars and mine.

We can only spend what we make. We have to price our tickets to match our infrastructure, cover our fixed and variable costs, and hopefully make a little money to put back into mountain. We have to build property taxes, general liability insurance and employee benefits into our lift ticket cost. Belleayre is exempt from these costs and under the DEC, ongoing losses were a part of the normal course of business.

We also can’t compete with Belleayre’s pay scale and benefits. It’s quite possible that the expansion at Belleayre may lure away our skilled employees.

The state has real advantages when it comes to infrastructure upgrades too. Ten years ago, the DEC got approvals and several millions in funding to install a connection that linked the top of the mountain and the base lodges to the Pine Hill sewer plant. This is a huge advantage that enables significant growth at Belleayre. It would be impossible for Plattekill to permit and fund a comparable upgrade without help.

In the 2000s, Belleayre installed two new lifts including a detachable quad, along with trail changes, significant improvements to the snowmaking infrastructure, a grooming fleet and a state-of-the-art maintenance shop. Have these projects realized payback or a positive return on investment? It’s hard to see how Belleayre’s level of skier visits and admitted losses justify these expenditures.

How can I grow my business and expand my ski area in this environment? My responsibility is to my employees, my family and the Delaware county businesses that depend on Plattekill for survival. I speak for them. Our employees are just as important to the local economy as are Belleayre’s.

What can be done to allow BOTH ski areas to move forward on a level playing field?

• State backed interest-free loans for the private resorts that compete with Belleayre.

• A commitment by New York to refrain from predatory lift ticket pricing.

• True joint marketing between the ski areas to increase skier visits to the Catskills.

• Promotion of a regulatory environment that encourages equivalent terrain and infrastructure/sewer expansion at the private resorts.

It’s hard for me to accept the existing proposal for New York to pay $5 million for 78 acres at Highmount that the developer paid $250,000 for back in 2000 or 2001. It would be much fairer to Plattekill and other competitors if Crossroads Ventures was to maintain ownership and develop the land on their own. Why aren’t they willing to take that risk? I suspect it’s because they don’t see ROI.

As you might imagine I can’t bear to watch Plattekill Mountain — my life’s work — undermined to the point of failure. But if creative solutions can’t be devised to allow Plattekill to compete with Belleayre, I’d accept the same price per acre that state will pay Crossroads Ventures for the land at Highmount, $64,000/acre. This is not a typo.  By comparison, The State of NY recently purchased 266 acres on Overlook Mountain in Woodstock, highly desirable land, for under $4000/acre.

Finally, put yourself in my ski boots just for a moment.  I’m busting my hump to make payroll and pay taxes that are funding ongoing loses and improvements at my closest competitor. And Belleayre is close. There is no private ski area in the US that is closer to a publicly funded resort.

I am trying to upgrade for the future. Each year I put every dollar of our small net revenue towards used snowguns or parts for our grooming machines. But financing the improvements is much tougher for me than it is for New York. All I’m asking for is a chance to compete on a level field.