Last year I found myself part of a captive audience for a long presentation from the Rockland County Historical Society. It covered a lot of local area history. One story that caught my attention was about the collapse of a couple of blocks of the town of Haverstraw (originally called Haverstroo by the Dutch) in a massive landslide in 1906. 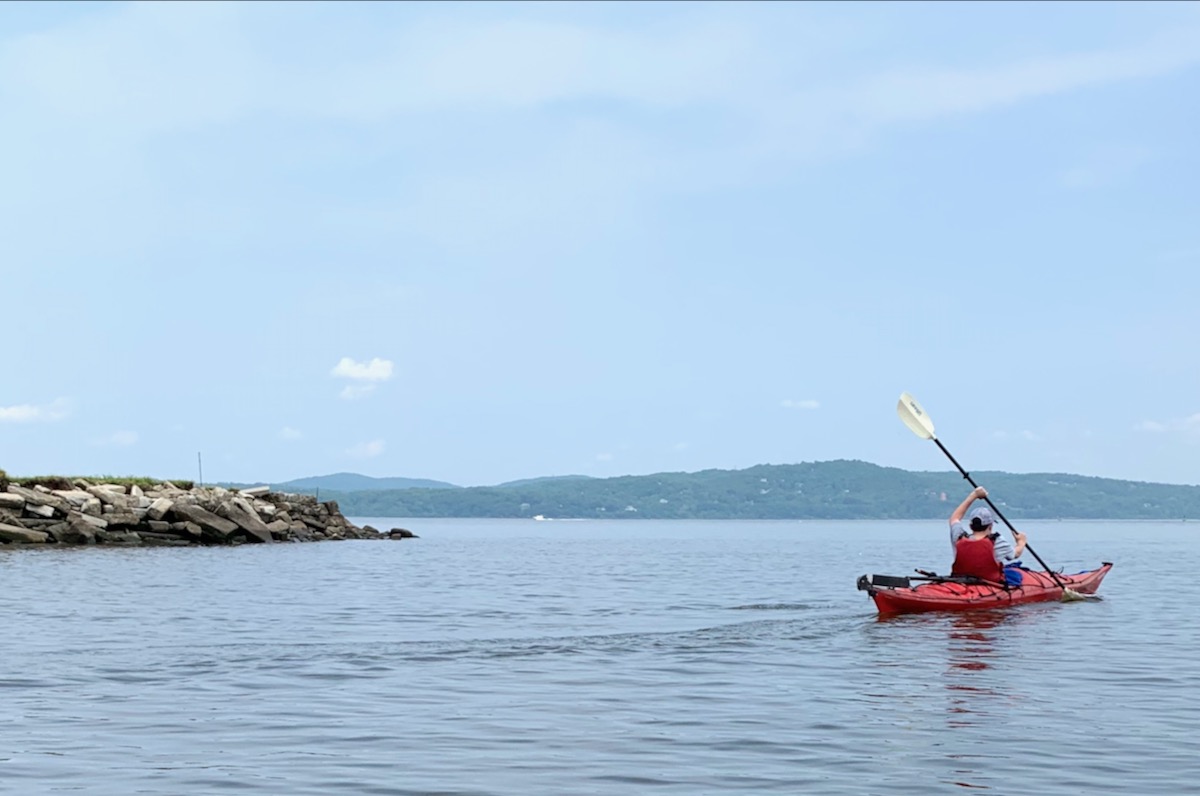 I knew that brick making was a major industry in the area but hadn’t given much thought to why that was. An abundance of natural clay deposits was the reason the brick factories were located in Haverstraw. Extensive mining of the clay more or less directly under the town led to erosion that eventually caused a giant landslide.

Poof, six blocks, twenty one buildings and nineteen lives were lost. The slide left a big hole that was never reclaimed. It quickly filled with water and became a part of the Hudson River. The guy giving the talk finished the story of the landslide by stating that you could still see evidence of it from the water. 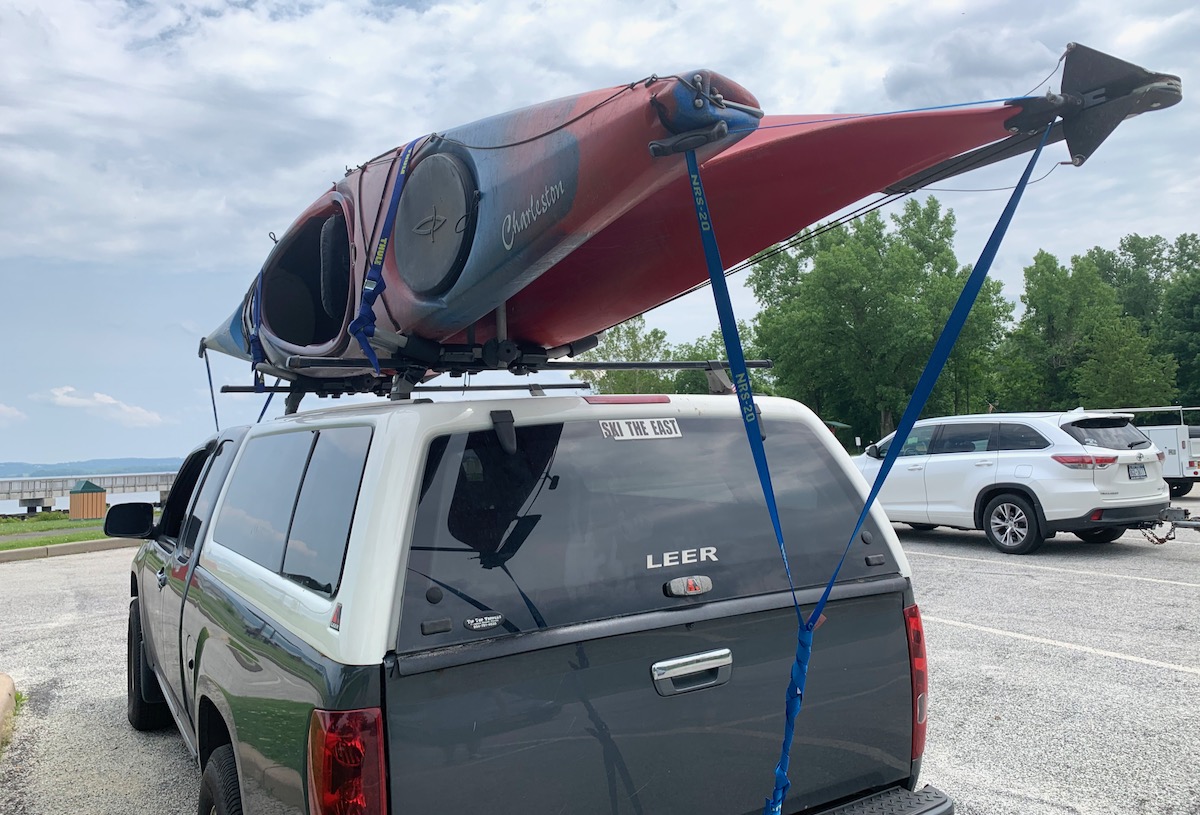 That’s the part that caught my attention. I paddle around the area all the time and I’m always looking for new places to go but I’d never bothered to explore that part of Rockland County. When I looked at it on a map I realized why. It was located in between several marinas in an area that was more suited to jet skis and speed boats then human powered craft. Still, it appeared to be a short easy paddle from Haverstraw Bay County Park. I made a mental note to check it out when I got a chance.

This past Sunday, I finally got around to it. I rolled out of bed a little late and took my time making coffee and getting Junior into gear while I completed a few chores. By 11:30 we were lined out and put two kayaks on top of my truck. 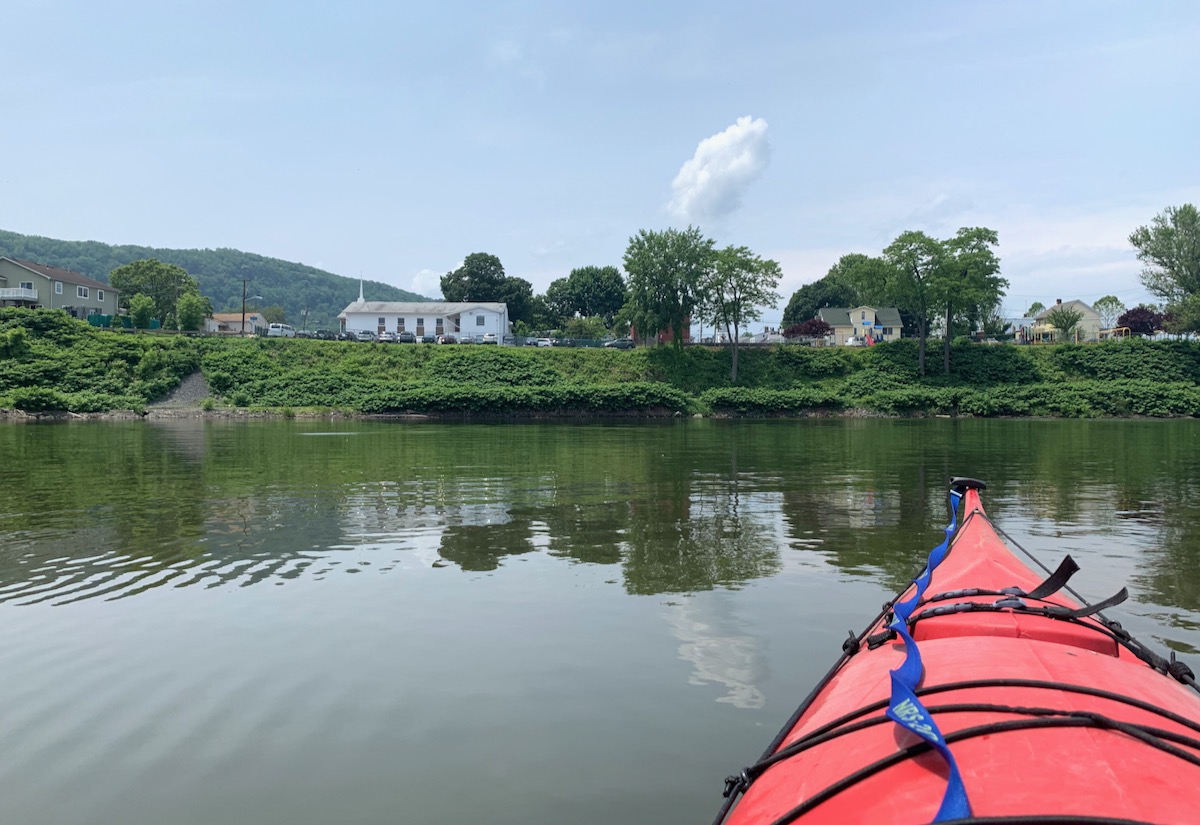 Haverstraw Bay County Park is only about twenty minutes from home and we were on the water before just before noon. It was our first paddle of the year so we took it easy, turning right from the boat ramp and heading south at a leisurely pace.

It didn’t take long to reach the spot just south of Bowline Point where a turn west leads into a little bay. Here, over a hundred years ago, six blocks of Rockland Street collapsed into the river. It was a bit of a letdown. While the steep banks of the little natural bay showed obvious signs of erosion, both recent and ancient, it was pretty unspectacular. 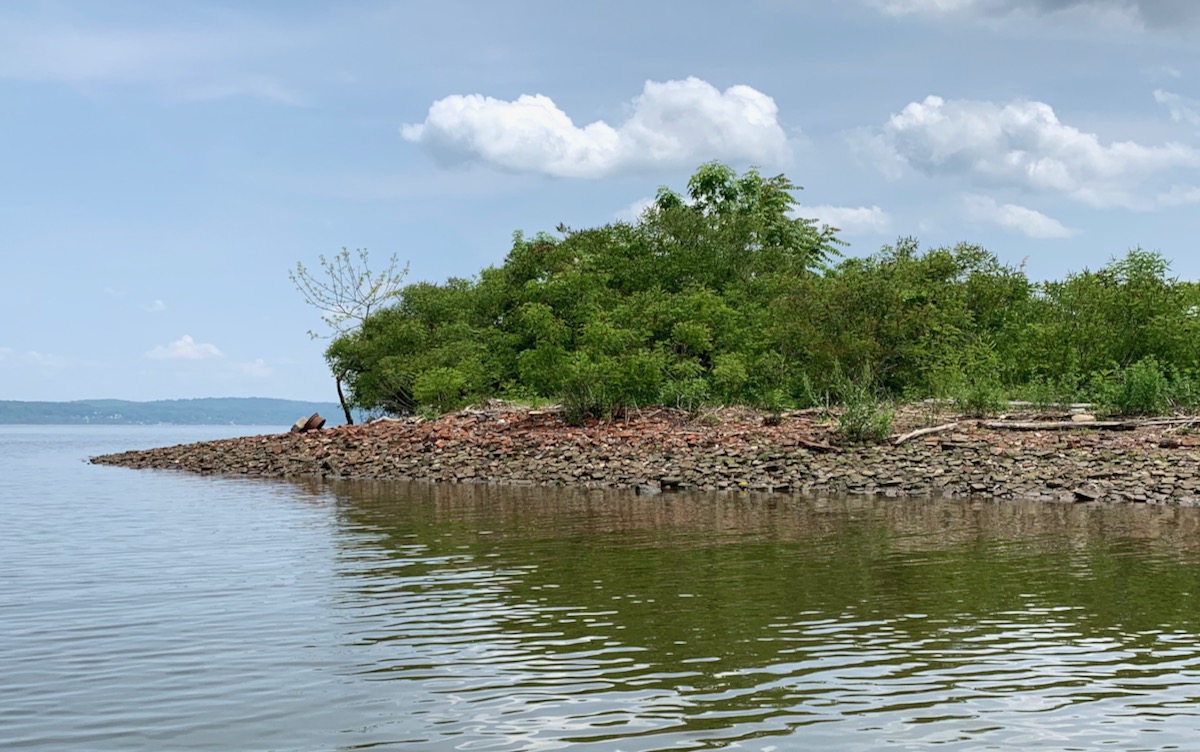 We paddled over to the site of the disaster and eventually we could make out where some old sewer pipes stuck out of the bank. That was really all the evidence of we could find.

What was striking was how many discarded bricks are still scattered along the shoreline, their corners subtly rounded by the Hudson’s influence. Haverstraw’s shoreline is like a big brick beach. There are a lot of bricks.

We made our way back out into the river and headed north. The paddle was under two hours but it was a nice outing. One thing about launching in Haverstraw, there’s a route from the Palisades Parkway that takes you right past Industrial Arts Brewery, a relatively new operation located in Garnerville.

By the time we passed on our way home, it was after two, perfect time for a beer. I convinced Junior to indulge me for another half hour or so and we stopped off for a drink (for me) and a soft pretzel (for junior). They didn’t have my favorite, coffee stout, but the pint of lager really hit the spot.