During our time living in Colorado, my wife and I fell in love with climbing mountains. Soon after moving there in 2011 we learned of the list of 14ers, Colorado’s 58 14,000-foot peaks. We were hooked and spent most summer and fall weekends ticking these peaks off. I always thought it was dumb to focus on climbing peaks on a list, but something about it is addicting.

Back on the east coast we needed a new objective: The Catskill 3500. Having climbed a handful of these peaks during the winter, we were excited to be on the trail now that it’s warm and everything is green. Our most recent goal was Wittenberg and Cornell Mountains.

We woke at 5 am and started the 3.5-hour drive north. One thing we like about east coast hiking is the opportunity for later starts. In Colorado, you want to be coming off of the summit by late morning due to the threat for storms with lightning in the afternoon. This often meant starting the hike by 5 am or earlier. 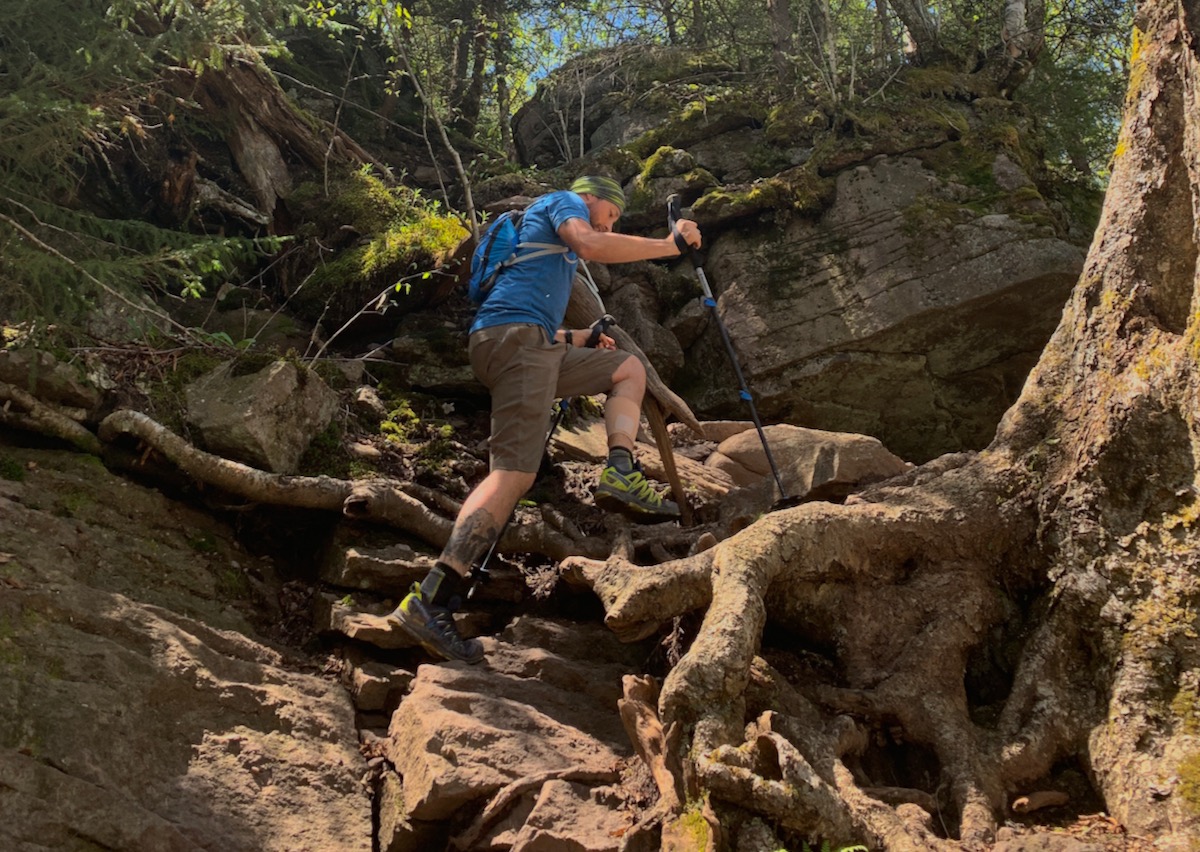 We arrived at the Woodland Campground and tried to pay the $6 fee, but no one was around so we geared up and began the hike. The trail starts steep after crossing the Woodland Creek via a bridge. During these first few hundred vertical feet, I was a bit anxious as I was dealing with some leg pain from running. Fortunately, the leg felt good and we kept pushing forward.

The trail mellows out for a couple of miles as it slowly creeps upward as you cross many small creek beds. I was surprised that the creeks were running slowly given how much rain the area has seen. Just as I was commenting about how flat the trail had been we arrived at the final ascent to Wittenberg. The last mile is steep, gaining 1,000 feet as you twist and turn up the classic Catskill ledges that many of these peaks have.

We took one break on this final push, then quickly regretted that as the bugs were able to find us while we were stopped. There are some steeper scramble sections on this route. This type of hiking is what I really enjoy and I wish this area had more of it. I was excited about the scramble on this route.

We soon arrived at the summit of Wittenberg which has some pretty incredible views of the Catskill region and Ashokan Reservoir. We soaked in the sun and ate some food while enjoying these great views. Knowing that the summit of Cornell was still another 0.7 miles along with some downhill and uphill we got back on the trail. 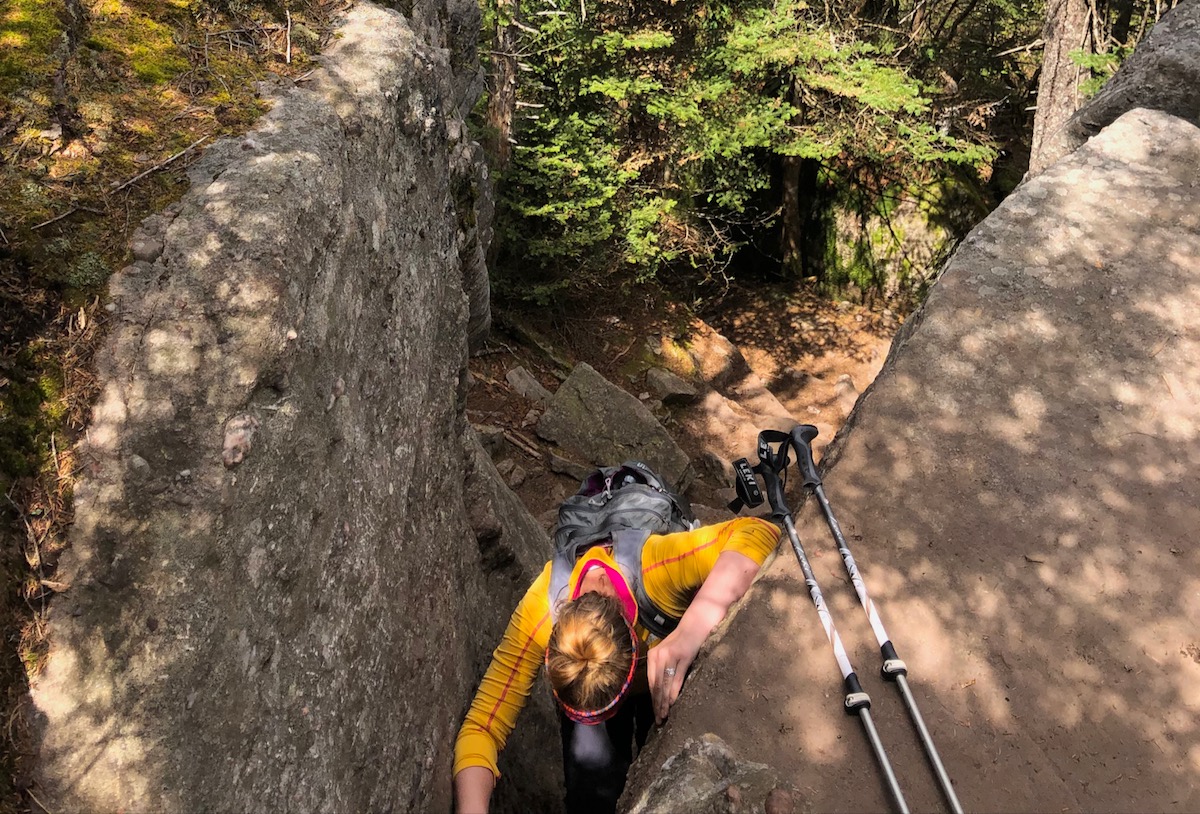 The route between these two peaks was my favorite section of the hike. You spend most of your time on a ridge and get to climb two rock sections as you work your way to the summit of Cornell. The one rock section was a crack feature that required good foot and hand placement. This was one of my favorite parts of the route. Arriving at the wooded summit of Cornell we found there is not much of a view, but if you venture further down trail towards Slide Mountain you can take in some good views, which we did.

At this point it was mid-afternoon and we still had 4.5 miles to travel before getting back to the parking lot. We quickly worked our way down and back over the summit of Wittenberg and continued the steep descent and over many small creek crossings.

Hiking in the Catskills offers its own unique set of challenges that we didn’t often experience in Colorado. The Catskill trails are steep, with abundant rocks and roots, often extremely slick. You need constant focus to avoid tripping or slipping which could easily result in serious injury. The focus and connection with the trail really make me feel alive in the mountains and is one reason I love to hike.

5 comments on “Wittenberg and Cornell Hike”