Skiing out west is awesome. Open glades, local wine, hot springs, no lines. Really good snow. It’s tough not to brag to your friends when you have a day like that, racking up vertical all day and night. And I didn’t even have to fly there. 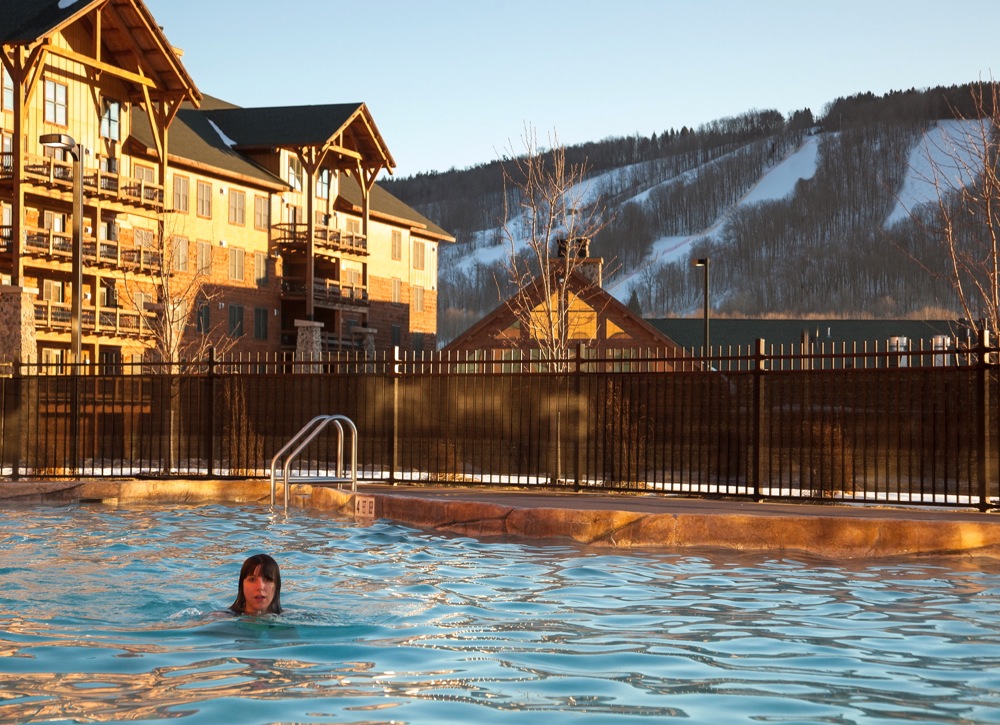 With the buzz building since last summer about the progress at Greek Peak, I knew that this was the season I was finally going to check out the Central New York icon.

Greek Peak has always had a mythic status when it came to ski racing, playing host to Cornell and many other New York university ski teams, but I didn’t know too much about the rest of the scene before I began to research the area. 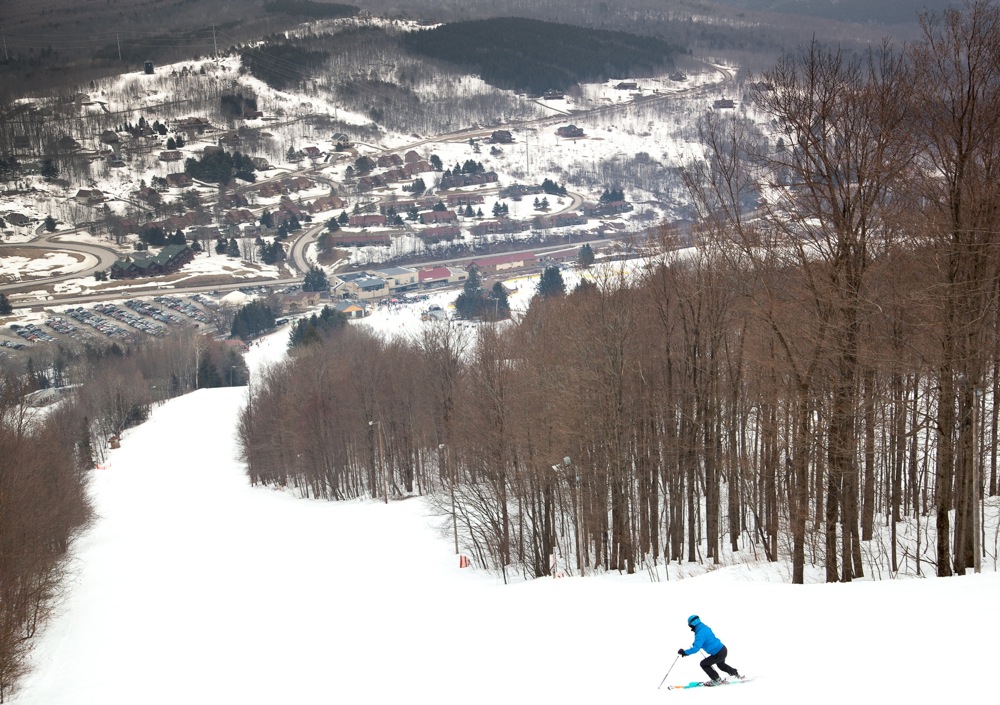 The area has an abundance thing to do including wine tastings and “gorgeous” hiking, and I was pretty excited. I was as stoked as I had been for anything all year, like I was heading out to see the Sierra Nevada’s and Ansel Adams Yosemite.

The mountain doesn’t feature the vertical of Mount Whitney, but what I found didn’t disappoint. Greek Peak is stretched out along a ridge featuring three summits covered by four terrain pods. The new Visions Quad is on the main and most modern part of the mountain. These trails feature the most sustained steeps and the full 950 vert of the mountain. 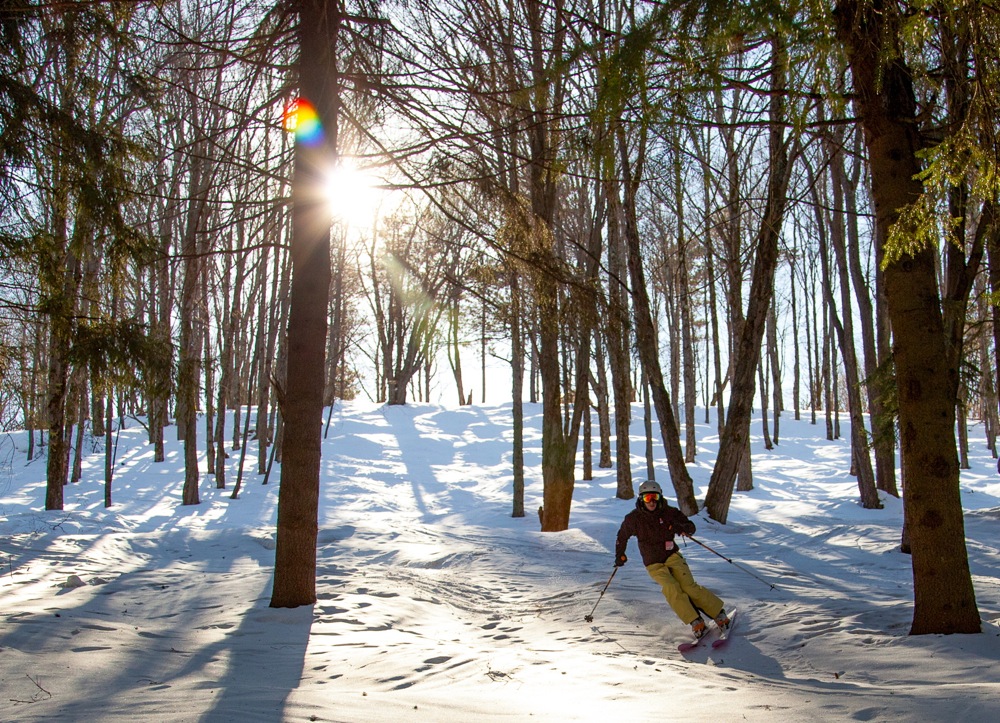 In particular, I really enjoyed Odyssey. At the Six Mile Creek Winery I noticed a wine by the same name, and I hoped the ski run matched the quality of the French hybrid wines that have come out of the viticulture research done at Cornell.

The headwall is steep enough that you can’t see anything past the roll over, and once you hit it you’re presented the full view of the valley. The quality of the skiers is generally higher than average at Greek Peak, and I think it has to do with the enthusiasm of the community. I’d be enthusiastic, too, if I had access to great skiing that close to home. 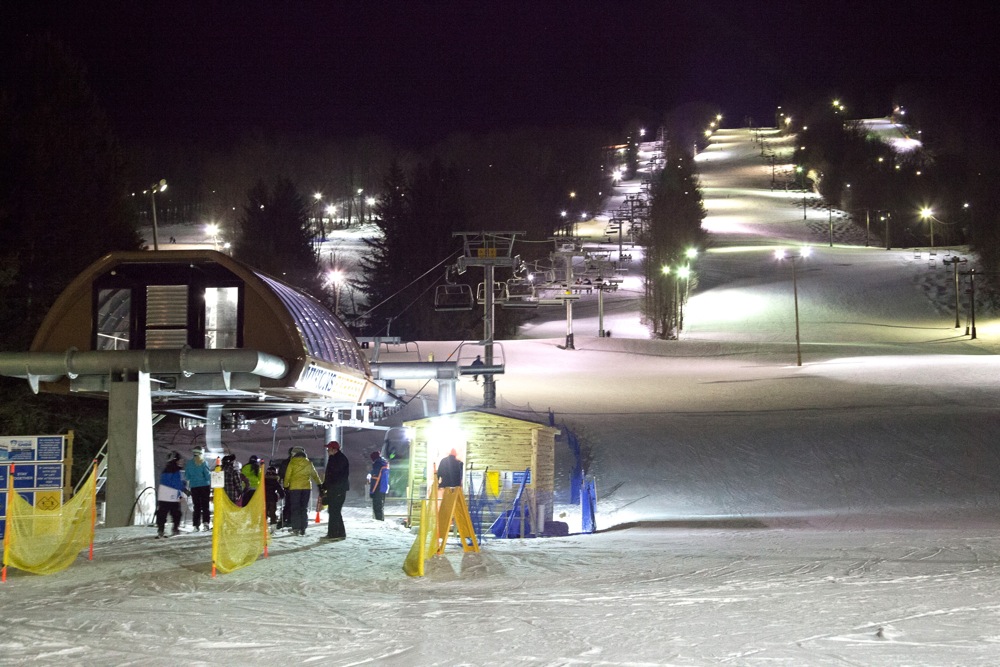 As a tourist from the coast nothing could dampen my desire to be on the hill. Quality night skiing is a pretty rare thing for me, so I pushed myself and my tired legs onto the conveyer until 10pm to get the most out of my ticket. Conditions stayed soft all evening. Some of the parks were also illuminated and I noticed some freestylers making their home at Greek in addition to the local race community.

I didn’t feel compelled to stay on the steeper slopes at night or during the day. Off the backside triple, a skier can find some very peaceful blue and green meadows and a totally different view. Even on a beautiful Friday, there was still drifted in snow, uncut in the last week. I left my signature in the slope next to the woods and then headed up to admire my handiwork. 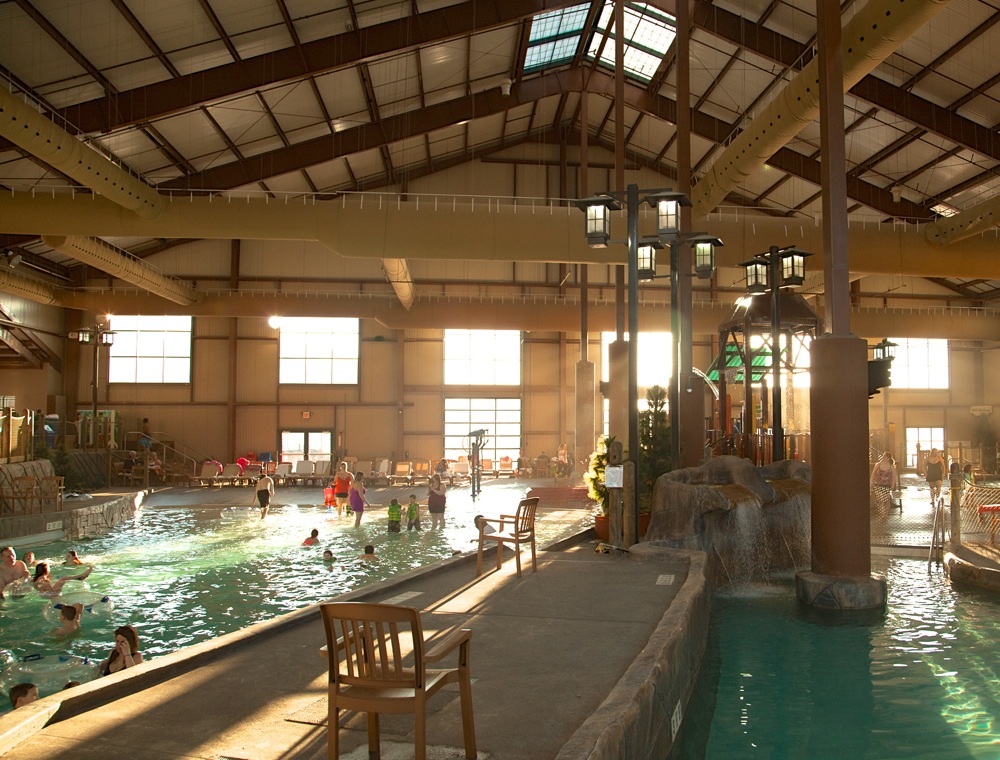 After I compressed a lot of skiing into two days I decided to take everything in from the waterpark. A younger me might have considered it heresy to pack it in, but I was looking forward to checking out the new facilities. The park is clean, and everyone was clearly enjoying themselves. The cold air prevented all but the boldest from swimming outside, but the water was warm and the view is a great backdrop.

All trips must end although my tick-list remained incomplete. I missed Taughhannock Falls and I didn’t get to pick up my Ithaca is Gorges shirt. It would have taken a Herculean effort to pull myself away from the amenities provided slopeside at Hope Lake Lodge and the new bar Trax. All the more reason to come back.