With weather reports of sunshine and temps in the mid seventies, I told my boss I needed to take a sick day.  I had Spring Fever. 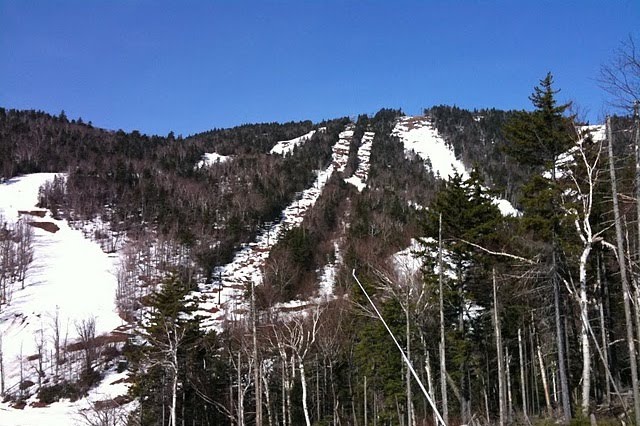 The skiing on Friday was stupendous. We stayed on the upper mountain all day, lapping the trails off Straightbrook, including the Straightbrook Glade, and the Dark Side, all of which skied well on and off-piste. 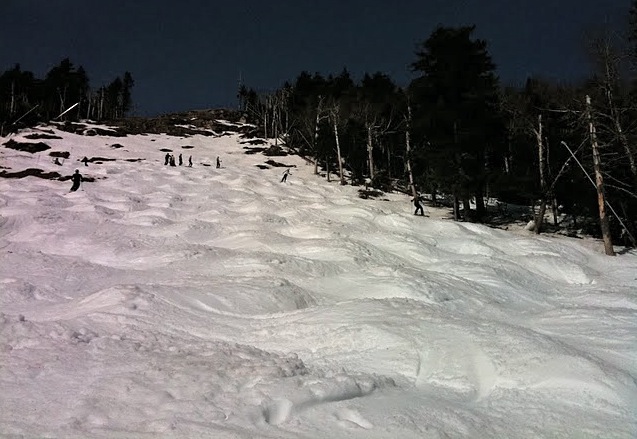 Lies had been groomed and skied like butter. The bumps on Rumor were perfect. The snow in the woods was very dirty and rotten, but as it got skied, it got better. 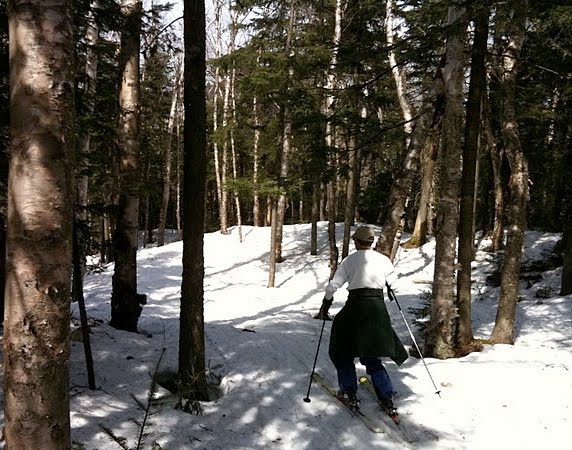 It was a social day and our group seemed to be some kind of magnet. Maybe it was the guy with the tie-dye and pony tail…but people just followed wherever we went. 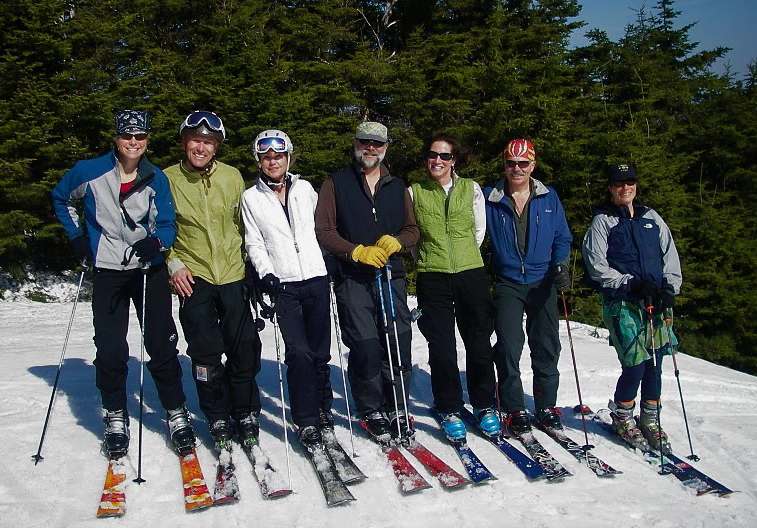 The difference in the snow coverage from the end of Saturday to the beginning of Sunday was remarkable. Throughout the day we watched trails that had continuous snow melt down to rock. 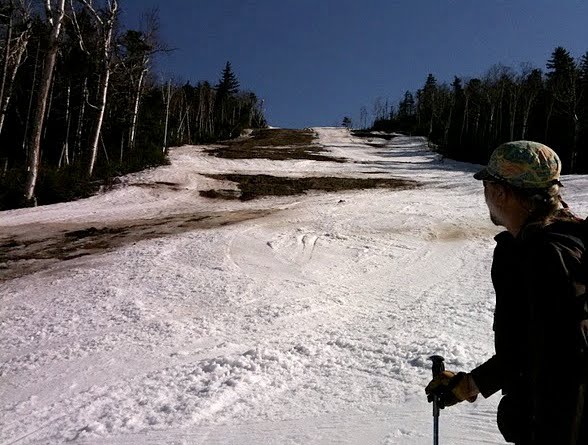 On the deck at the base was a guy BBQing elk, venison, fresh trout, all of which he shot or hooked and invited everyone to partake. He grilled all day long and there was a big pot of what I thought was venison chili, which was delicious, but it turned out to be muskrat chili. 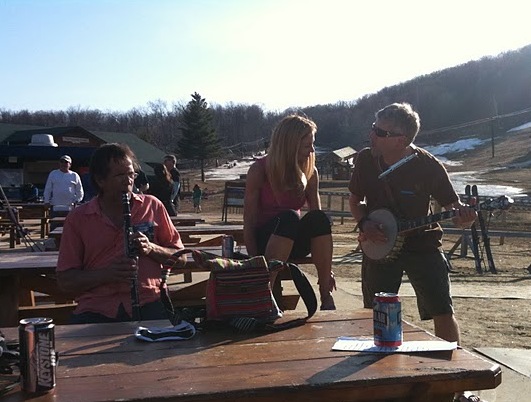 It’s been a great season, even if we didn’t get ton of powder or frequent snow in the East. We made the best of what was there until it was gone.