Saturday and Sunday Pam and I spent skiing with my Adirondack pals at Gore. The skiing was very good there and exceeded our expectations. Even though open trails were limited, what was open was very good. Snowmaking and grooming was commendable. They opened Hawkeye and Chatiemac with ungroomed manmade snow. 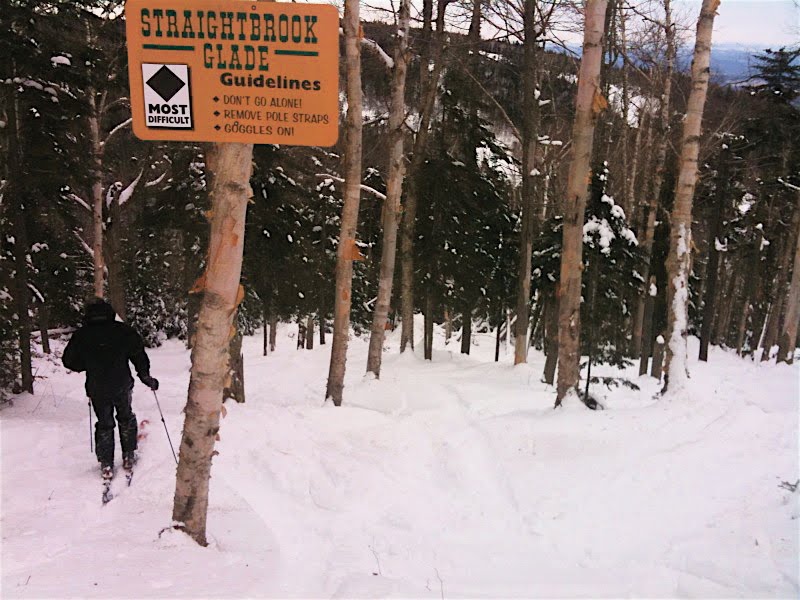 The ski patrol warned people of grabby snow, but encouraged us to “ski it in.” So we skied it in, including the Straightbrook Glade, which seemed to have enough cover. We ventured into the woods and found plenty of untracked snow that was was about 10-12″ deep with a breakable wind crust.

Some places were easier to ski than others, but overall, it was a lot of work and we did a lot of picking our way around and over trees and snowmaking pipes that separated the trails from the trees. It was grabby and we all took our share of spills.

What I love about Gore is the community of people whose lives revolve around running the rivers, sailing the lakes and sliding the mountains. There was a potluck dinner at a friend’s cabin, with so much delicious food, banjo strummin, singing and a big bonfire where we all gathered after skiing, really topping off the day. In fact we skied and partied so hard, I didn’t even feel like going to VT. But that exhausted feeling was fueled by more skiing.