Like everyone in the East, Gore had two solid weeks of prime snow blowing weather leading up to opening day. And like most of the mountains north of Albany, Gore had a nice snowfall on Tuesday the 25th. Gore reported 11 inches from the base and Garnet Hill reported 14″ from 2000′. In addition, it snowed another two inches between midnight last night and 8am this morning. It was great getting up in the middle of the night to see it coming down. Looking out from the cabin this morning, it really felt like winter. Today was a typical Gore opening day. Limited terrain, lots of technical difficulties, and a great surface on the terrain that was open. Terrain was listed as 5 miles, 2 lifts and 8 trails. All of it on Bear Mountain. Topridge, Pine Knot, Tannery, Ruby Run, Sunway, Quicksilver, 3B and Jamboree combined to make 3 separate runs. This is more than is typical for opening day. Usually Pine Knot and Tannery come online a few days later.

The usual technical difficulties include an incredible line for people picking up passes. Basically your insane if you don’t pick up your pass before opening day. Some people waited hours due to a problem with pass printer. And the Gondi didn’t start loading until 9:15 – 45 mins later than the 8:30 official start time. (Many times mid-season it’s going by 7:45 or earlier.) All of that was completely expected, at least by us.

The thing that drove me nuts was the Bear Cub Den — the daycare facility. At 8:15 when we arrived to drop Neve off they told us it wasn’t open. Would you expect that when you buy a season pass to daycare that it be open on days when the lifts run? We were told “budget cuts.” We heard that phrase a lot today. I made a fuss and they opened it up. Clearly we weren’t the only couple depending on it when we picked Neve up at 3pm, there were 5 or 6 kids there. 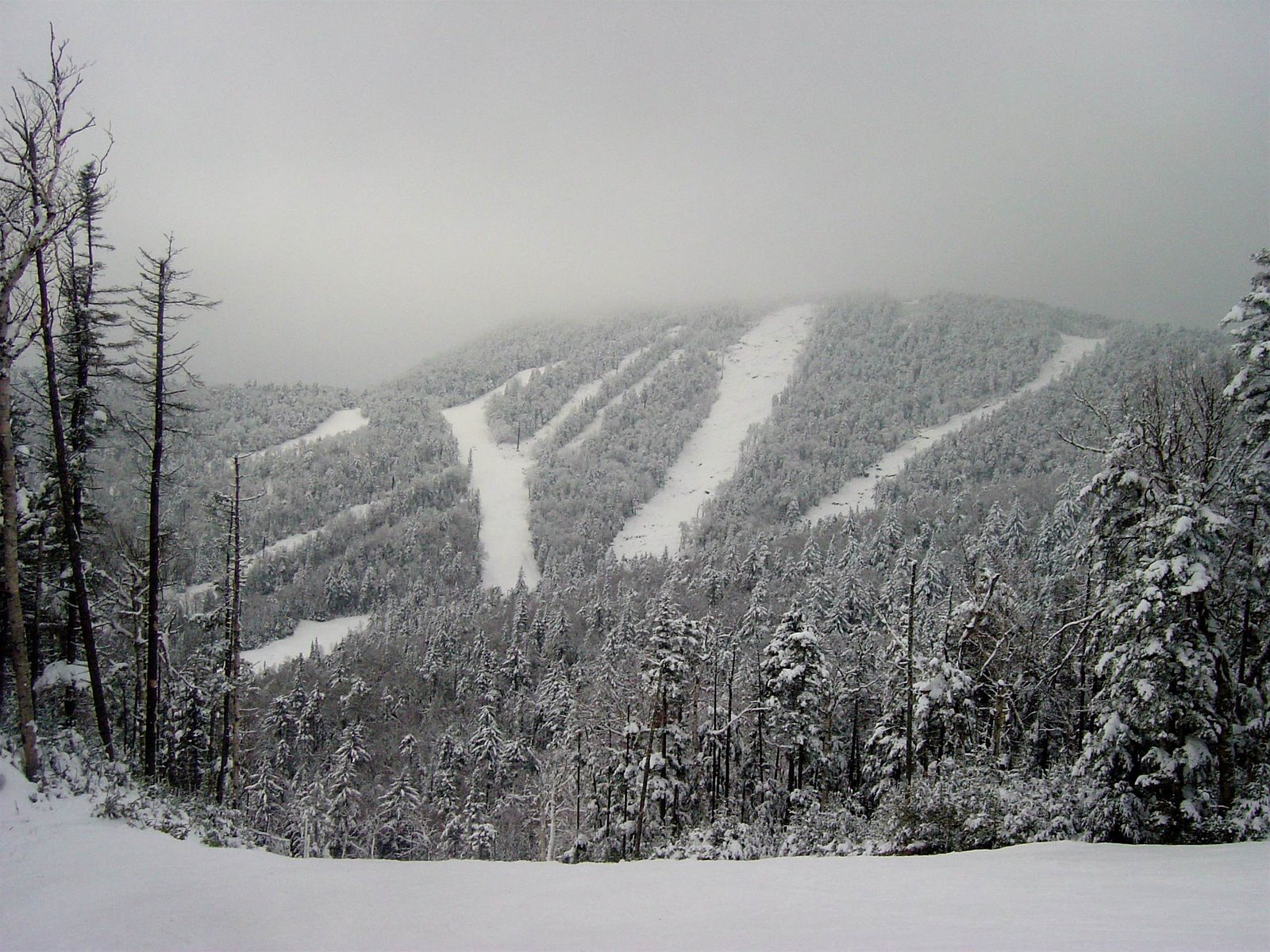 My wife Zelda wanted to hit Topridge first. I was surprised. We knew we didn’t want to go back down to the Gondi. The late opening created the longest line you’ll ever see at Gore. We knew if we did four of five laps up top the Gondi line would disappear. Aside from the initial crush at the Gondi, there were no real lines on either lift.

Pine Knot had some nice windblown natural snow on skiers right, that stayed there most of the day, building up into some nice cutup. It was pretty sweet. Tannery was probably the worst thing all day. Not icy, but very hardpacked with nothing loose on top. Then we did three laps on Topridge. It was good, reasonably carvable corduroy, with pockets of natural windblown snow on the sides and in the lee of some major snowmaking whales. We skied from 9:15 to 2:45 and Topridge got better as the day went on. Love the bumps.

At the bottom, the snow was soft. For me the highlight was the bumps that formed on Quicksilver. It’s a pretty narrow trail, so it seems to form bumps when it gets a lot of traffic. At the end of my day when I went down it was a bit of a killing field, with bodies strewn here and there. I tried to get a shot of the bumps on Quicksilver and Topridge, but the light was just too flat.

It was awesome to be back on skis, and great to connect folks I haven’t seen since the lifts closed last April. Jimmer and the boys were out and about. Shaman was actually “skiing” the trees and removing blowdown. And I ran into Zach the teley guy who skis with me when we are both alone. And all that other crap aside, it is great to be skiing again. I’m hoping for at least 35 days this year. The summit was in the clouds all day. I looked over there to dream.