I took my time packing up this morning, drained the pipes, and headed over to the mountain around 9:30. I decide to check out the progress at the Ski Bowl on the way over. The base for the new lift was in place, and a crew was banging out the liftie shed. 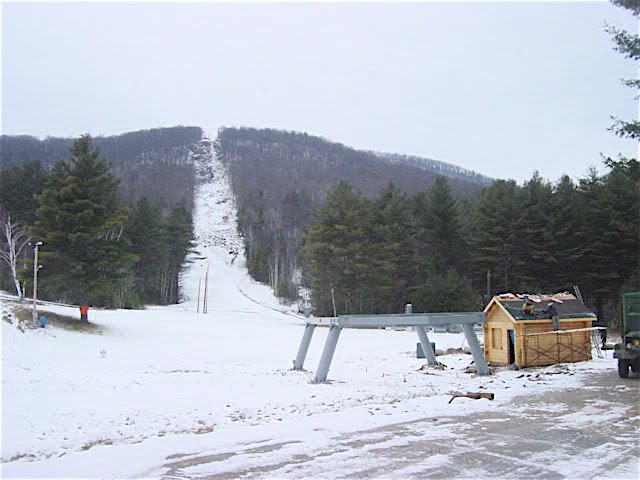 The Lodge still had it’s underwear (Tyvek) showing. Another crew was burying the propane tank that will heat the building.

I knew from Gore’s website that they had not added any terrain, and only the Sunway chair was running. So no snowmaking reconnaissance from up top. 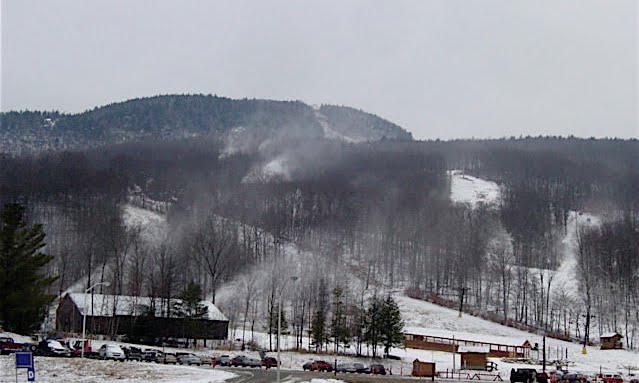 Driving up the access road I could see that they were blowing on Topridge. Pulling into the upper lot, things seemed to be full steam ahead in the snow making department.

There was a fan gun on in the base area. The very bottom of Sunway had three fan guns on it, that were connected right to the big shed. There were guns on QuickSilver and Wild Air. 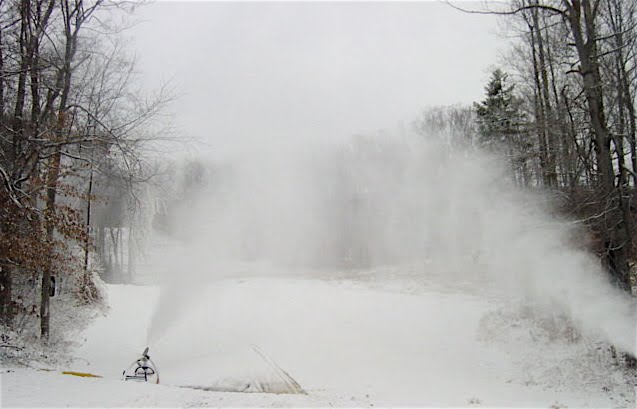 The whole effort looked pretty aggressive. When I got on the Sunway Chair more guns were being positioned by Mountain Ops.

I did maybe 5 runs on Jamboree. I wanted to count another ski day… but again it was definitely worth it. An hour and a half after opening, and there was still some of corduroy left. It was edgeable hardpack, with some loose snow, a bit manky at the bottom of the run. It was very close to freezing at the base, maybe 30 degrees. 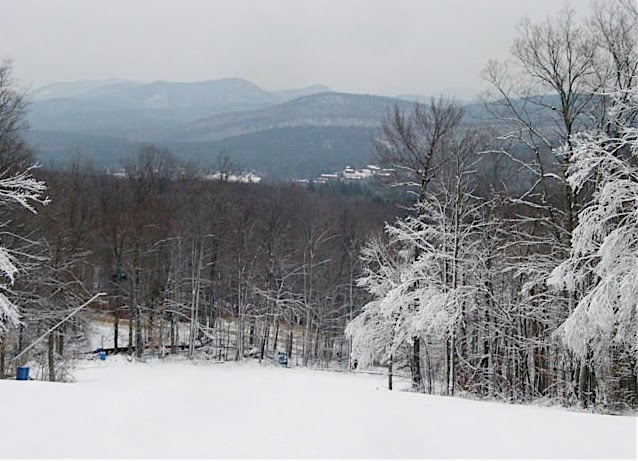 Thing about it, when you’ve only got 280 feet*, you savor every turn. At least I do. I actually had to pull myself away.