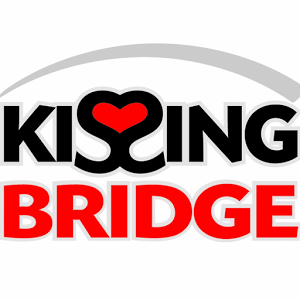 Kissing Bridge Ski Resort is a community hill that serves Western New York and southern Ontario. KB sits just off State Route 240 in Glenwood NY, on a long ridge south of Buffalo NY that is famous for its heavy lake effect snow. The unpretentious ski area focuses on skiing, with a friendly vibe and family atmosphere.

Kissing Bridge has ten lifts — 2 quads, 4 doubles, 2 t-bars, 1 J-bar and 1 mitey-mite — servicing a vertical drop of 550 feet and 39 trails spread out over a reported 700 acres. KB lies in what is known locally as the “Colden Snowbelt.” The hill has 80% snowmaking coverage on top of a generous annual snowfall average of 180 inches. The Kissing Bridge trail map is divided into the South, Central and North areas.

KB South features gentle and uncrowded terrain  service by the South Chair, an old Borvig double. This area operates on primarily on natural snow and is fairly mellow. The South Chair typically opens later in the morning and closes an hour or two the end of the ski day. KB South has limited traffic and conditions are generally soft.

South’s terrain follows the same general profile as the rest of the hill, gently sloped at the top and steeper towards the bottom, but it’s a little stretched out with less grade. This pod has two main trails, Snowball and Shindig, as well as two narrower trails at the southern boundary of the ski area that are rated black diamond if only for their width.

KB Central is the heart of the resort, home to the Ski School, Visitor’s Center and entertainment venues. The main lodge and parking area are here.

From the base area there are two lifts, the Holly Quad and Holly Triple. The triple runs as an overflow lift on high traffic days. There is also a magic carpet and the beginner area is just above the ski school. All of the same terrain is available from either lift, but it is a little more effort to traverse to north from the triple.

At the top of the Holly Quad there are two lean-tos and some picnic tables that are available for groups with reservations. Holly is the main run visible from the base area. It’s a relatively wide blue run with a nice convex pitch down to the base. Lookers left (south) of Holly has trails that get narrower as you move further from the lift.

Mistletoe has some fun rolling terrain with a left dog leg as you descend. As you travel left off of the lift down South Shuttle, you can access Hemlock and Thunder Run. These narrow trails require a short traverse along the Lower Shuttle to get back to the Central base area. Twinkle is a mellow green trail with an option to ski off of the South chair.

Rooster Run travels directly under the Holly Quad. This is a classic east coast liftline, fairly narrow, often ungroomed, and separated by a small drainage from Holly. Eagle follows a similar trajectory just one trail north.

There is often a terrain park on Twister, with the northernmost trail in the Central pod being the aptly named Coal Chute. This is a fun mellow trail with a chute-like terrain profile that offers banked turns in the chute feature.

Just north of the main area is the World Chair, a Stadeli double chair built in 1971. The World of Your Own area is another quiet double chair area with some fun and dynamic terrain features. Devil’s Funnel and Right On are two runs with a bunch of different fall lines to play with, both convex and concave terrain features. To lookers right of the lift, World of Your own, the namesake run, is typically ungroomed with a short steep pitch that takes you back to the lift.

Black Jack is the next trail north of World and is the first trail that can take you to the North area with a short traverse at the bottom. These trails offer some of the steepest terrain at KB. This is a local’s favorite that almost never has any lift lines and services some of the more dynamic terrain at the area.

North featurs steeper terrain, ravines and some of the resort’s most challenging runs. This area has two lifts, the Slalom quad and the Tanglewood double.

Most of the racing happens at North. There’s a starthouse halfway down the run Slalom, and the North Lodge often houses racers and their families on days with racing or training.

One of the crowd favorite trails at KB is “Crazy Eights” which is accessed by going south at the top of the Slalom chair. This run features banked turns that traverse down the mountain like an original skier cross course. The Tanglewood chair services all of the same terrain and only runs on the highest traffic days. The northernmost boundary of the ski area is a small and often forgotten powder stash with some soft, cut up turns sticking around days after the last snowfall.

Willies Smokehouse serves excellent BBQ, smoked on site. The Harvest Room is a relaxed spot for a sit-down meal that serves a great breakfast from 8-11am on Saturday and Sunday; the omelette bar never disappoints. There is also a cafeteria style area that serves burgers, fries, and fingers.

Kissing Bridge is has a full service ski, snowboard, outerwear and tune shop that also offers rentals, a variety of youth programs, private and group lessons, learn-to-ski or ride packages with a range of qualified instructors.