The Adirondack Park offers an incredible variety of rock climbing opportunities, all in the spectacular setting of perhaps the east’s greatest wilderness. 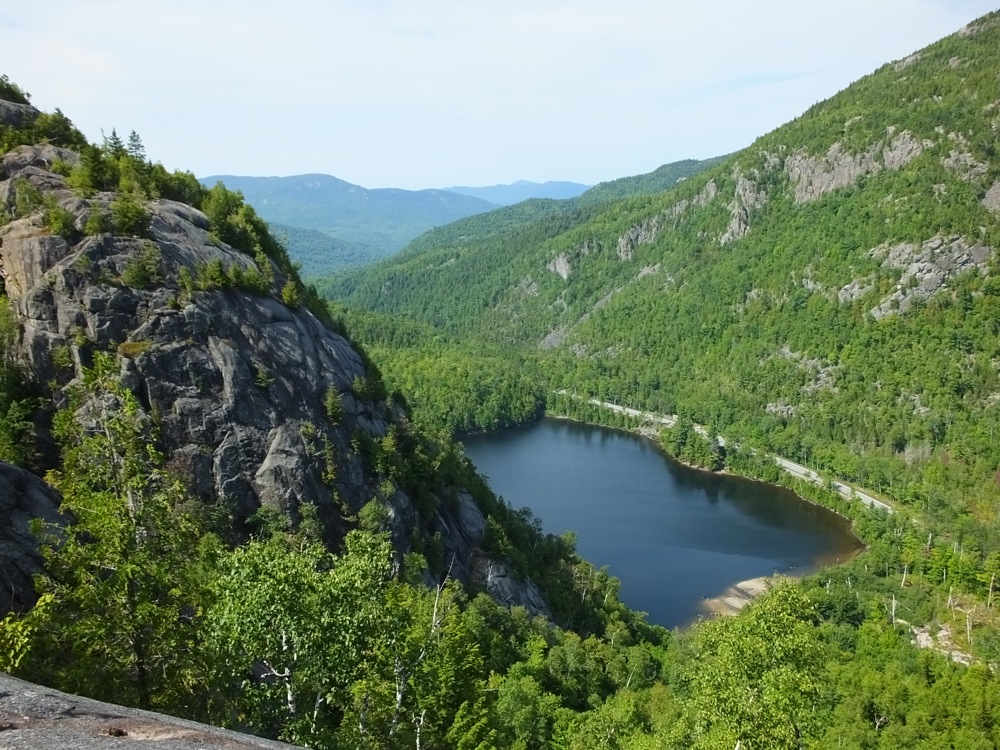 Last weekend I traveled to the High Peaks region to climb for the first time this summer. Climbing Chapel Pond Pass was our goal, a region known for its incredible beauty, easy approaches and lack of blackflies.

With a major rainstorm overnight, our first destination was the Pitchoff Chimney Cliff, a roadside crag that dries quickly, given its south-facing orientation and exposed position above Cascade Lakes.

We climbed Pete’s Farewell, a classic three-pitch 5.7 that combines an exposed traverse, a fun corner, and an airy handcrack finish high above the lakes.

There was a party already on the route and several more behind us, so the going was slow, but this ensured plenty of time to hang out and enjoy the stellar views of the high peaks. After quite some time contemplating the tricky opening move of the third pitch, the rest was ours to cherish with secure hand jams and spectacular, exposed position.

In the late afternoon, we drove back east along Route 73 to the Beer Walls, a somewhat hidden, extensive cliff system not far from the road. We were disappointed to find most of our desired climbs dripping with water.

Luckily, we found the classic 5.5 Afternoon Delight looking mostly dry, with only the bottom ten feet wet. This turned out to be a great end to the day with cruiser climbing on the sunlit upper face and spectacular views of the sun beginning its descent below the Great Range.

After a restful night camping in the valley, we got an early start the next day to beat the crowds up the Regular Route on the Chapel Pond Slabs. The pitches went by quickly, as the majority of the climbing is very easy.

The third pitch follows a fingercrack up to a beautiful corner, the route’s crux at 5.5. We decided to try out a 5.6 variation on the last pitch called Lil’ Sebastien, which is strongly recommended in the guidebook. This turned out to be one of the highlights of the climb: perfect handjams in a diagonal crack as it winds around a steeper portion of the slab overlooking Chapel Pond.

After taking the descent trail back to the base we still had plenty of time left to climb, so we headed back to the Beer Walls, hoping to find them dryer than the day before. Quite a few others had the same idea but there were plenty of climbs open. First we climbed the Sword, a great pitch of juggy climbing up a sharp fin of rock. Next it was onto Labatt-Ami, a sustained 5.7 corner with an exciting traverse around a massive roof.

We departed the Beer Walls and made the short drive to Chapel Pond. From here we made the short hike around the eastern end of the pond to Tillman’s Arête. The first pitch scampered up an easy crack to the low angle arête, ending at a scenic and spacious belay ledge.

The next pitch is the money pitch, with 5.7 slab moves in an exposed position above Chapel Pond. Being near my lead limit I was a bit apprehensive about the run out midway up the pitch. After clipping a bolt that protects the crux move, several spicy moves followed before I could slot in a nut and breathe a huge sigh of relief. 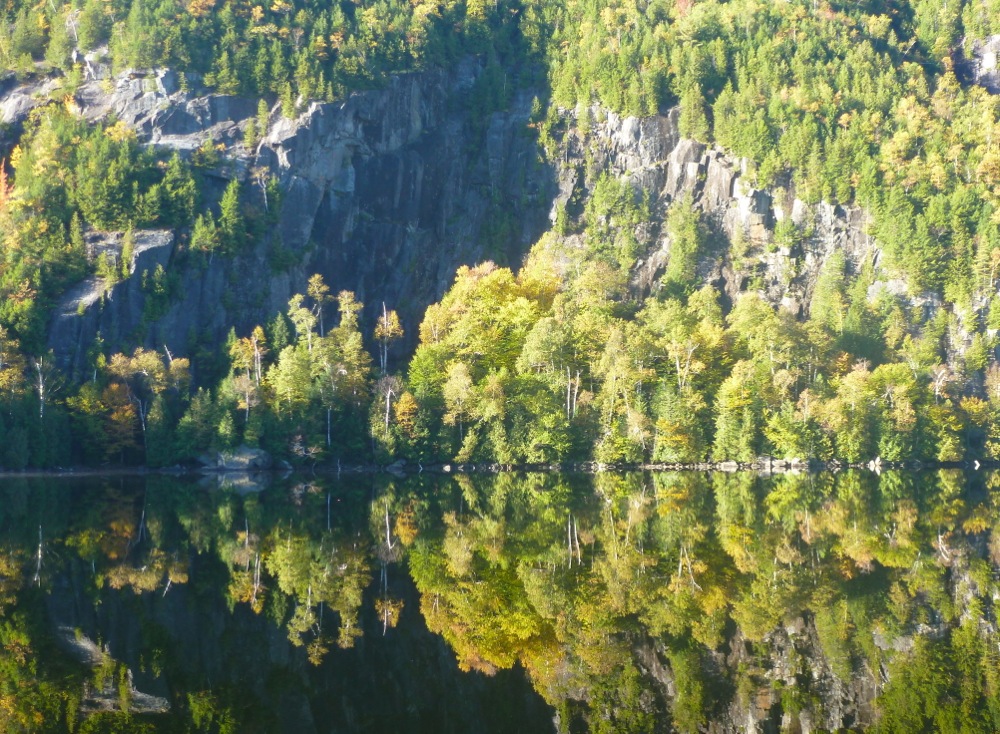 Several more moves up the arête led to the fantastic top ledge, with its fantastic view of Chapel Pond. I belayed up my follower and we relaxed for a couple minutes, ending with probably my favorite pitch of the trip. We rappelled down and went to grab an early dinner at the Noonmark Diner, the way all Adirondack trips should end.

Leaving the area I knew that we had only scratched the surface of what this amazing region has to offer. I look forward to the next trip, and maybe getting a bit further off the beaten path next time.