After a year off, the Climb to the Castle returned to Whiteface Mountain on October 3rd. I drove up on Saturday with some misgivings. Two weeks earlier, I DNF’d the Macedonia Brook 25 kilometer trail race in Connecticut. I ran my plan in the hills and on the flats. But there were two brutally steep, technical downhill bits where I was so slow I didn’t feel like I was racing. I dropped halfway through. I drove home wondering if I was done. 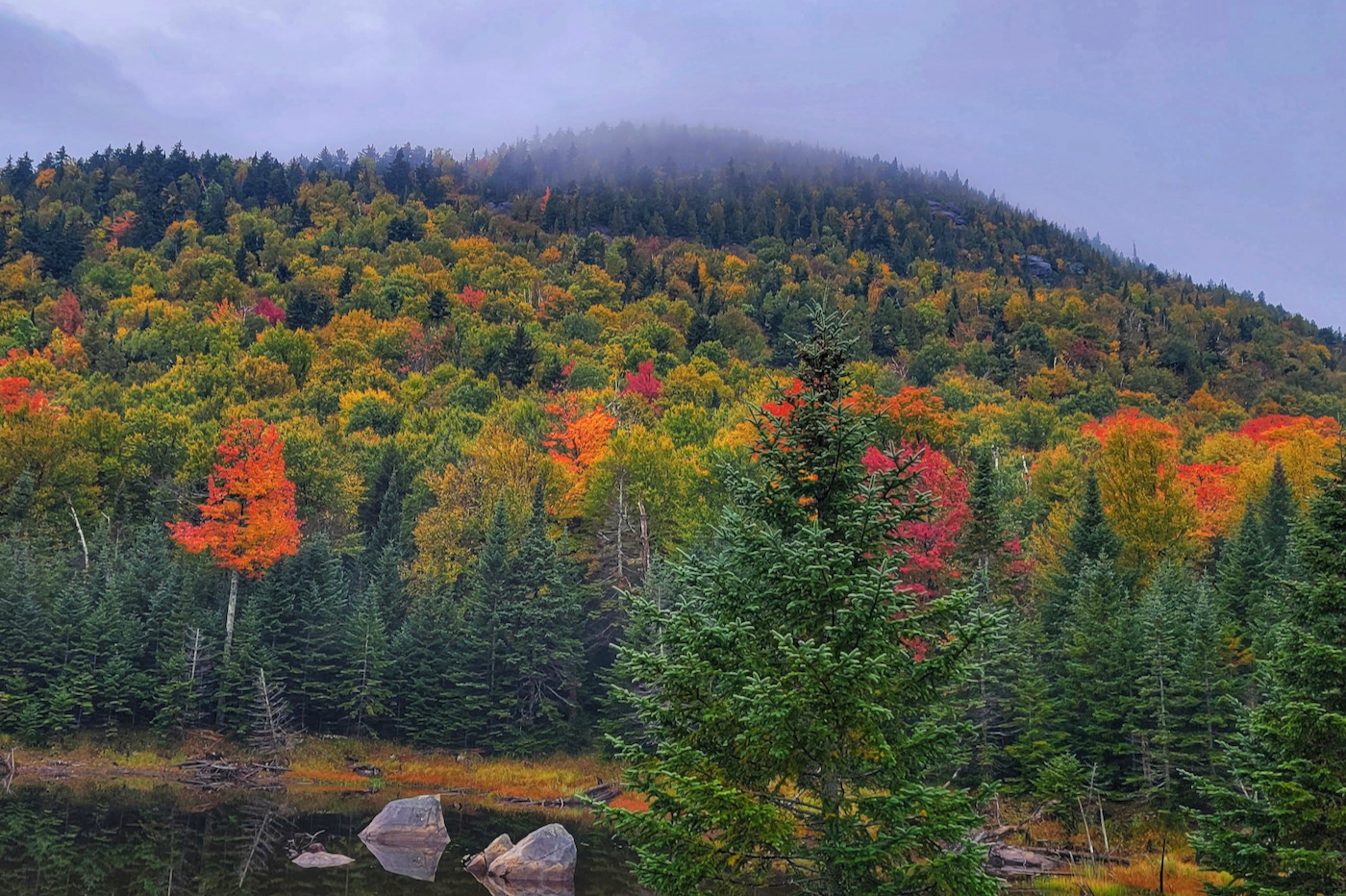 After collecting my bib and buying groceries, I headed to the hostel. As it turned out the the Saint Lawrence University women’s nordic ski team was staying there. They were racing the Climb to the Castle to top off a long training weekend.

As I unpacked my stuff, an anxiety attack hit me. A week later, I still don’t know why. After a year off of racing, I’d done two five-kilometer races at the local cross-country loop, and the failed 25k. Plenty of uphill intervals under my belt, but nothing as punishing as the Climb or the App Gap in Vermont. Crisis of confidence? Maybe.

As I ate breakfast on Sunday morning, it rained. Driving to Whiteface, the rain tailed off but low clouds obscured the mountain. At the four-way stop sign in Wilmington, I thought back to the days when the US Nordic Ski Team participated in the Climb. Back then, Liz Stephen was a standout distance skier on the women’s squad. At least one year, the van dropped her off at that four way stop sign, and she skied the three miles up to the toll gate, for her f’n warmup! In the race she set a record, winning The Climb.

My diesel shooting brake clawed its way up the road, past Santa’s Workshop to the toll gate. Already, team vans and passenger cars lined the road.

I loaded a pack with dry clothing into the NYSEF van and went out for a warmup run. I stopped warming up for this race on roller skis several years back. One year, coming back from her warmup, I watched as then up-and-coming phenom Jessie Diggins came in hot on Gillespie Drive. Going too fast to make the hard right corner to the toll gate, she went into a ditch on the other side of the road. I thought she was headed to the emergency room. But she climbed out of the ditch, dusted herself off, and came in fifth. That was my cue to warm up on foot.

Five miles, average grade eight percent. Here we go. I started in the fifth and last wave. Double poling the first 50 meters, then I settled into a steady V1. In the twilight of my race career, I’m finally learning to pace myself. Go out too hard, and you’ll never recover. One guy, chest heaving at the side of the road one kilometer in, made that mistake. 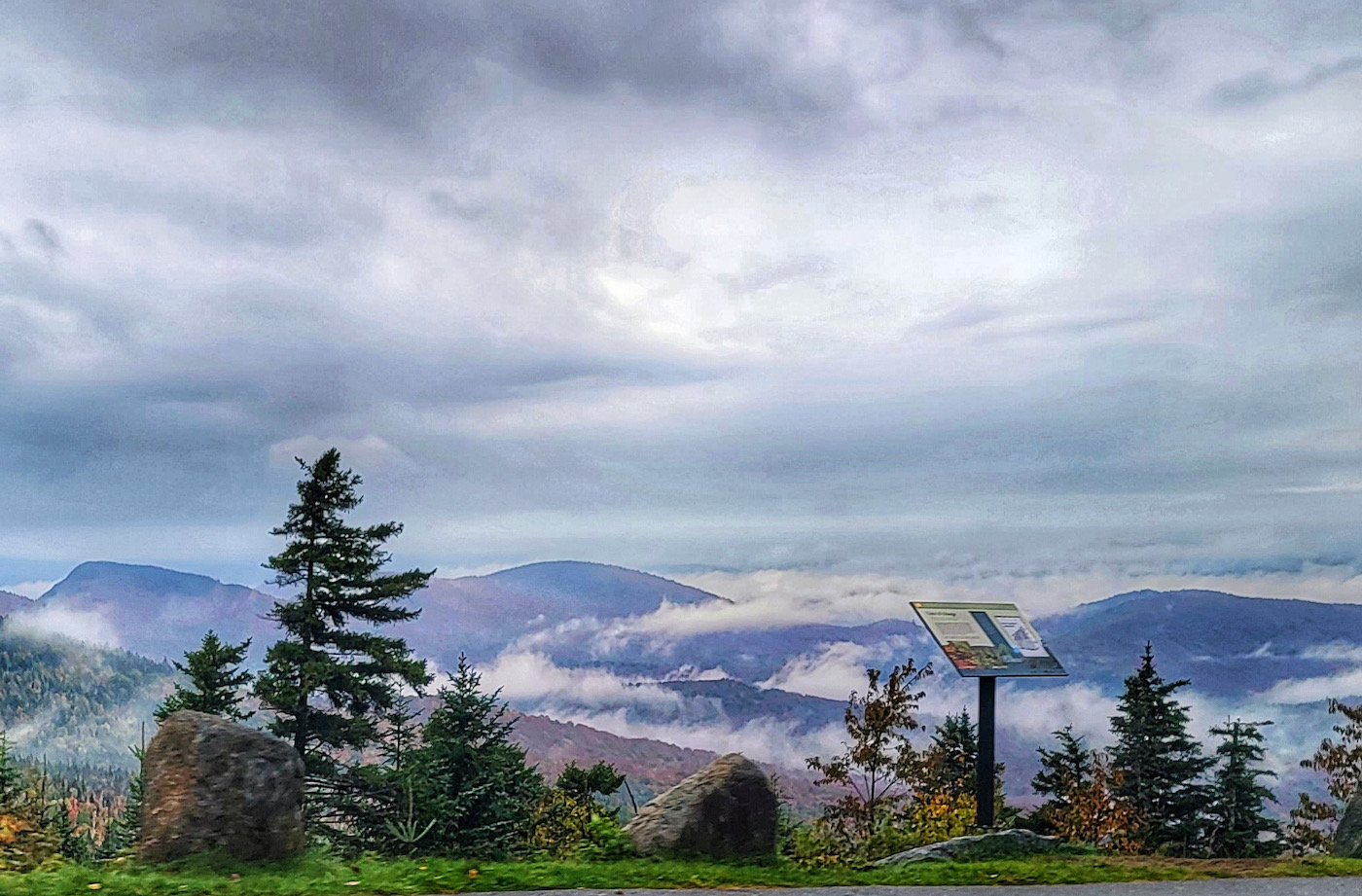 Further up the road, I gasped encouragement to one of the Saint Lawrence women. She went a little further, then unclipped from her boards and climbed into a volunteer’s truck. The weekend likely caught up with her. On Saturday, Saint Lawrence’s coach had his team do a trail run in the High Peaks, followed by a 60-90 minute roller ski. In other words, six and a half hours of work the day before. Their sights are set on the NCAA finals and not necessarily this race.

Although it was no longer raining, low clouds and fog made for lousy visibility. I’ve done this race so many times, I usually know where I am. But with the weather and the switch from mile markers to kilometers, I was disoriented.

I kept a steady pace, high heart rate, but not so high as to bury myself. I reeled in some of the athletes who’d started ahead of me and put time into them. Out of the murk loomed a left turn. Was it the left turn with the hall of pine trees or the Lake Placid turn? 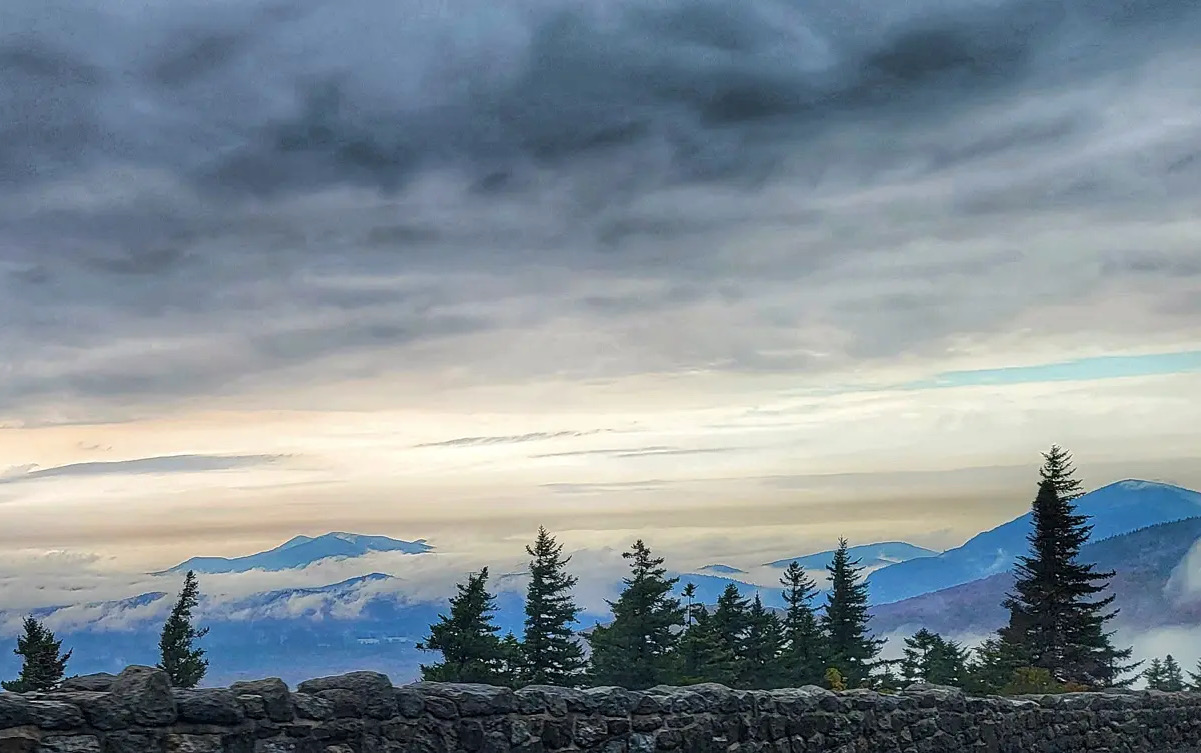 “Is this the Lake Placid turn?” I asked a volunteer. Yes, it was. On a nice day, one has a commanding view of both the eponymous lake and town from here. But I couldn’t even see the boulders that prevent you from driving off the road.

I made the turn and changed gears. For a few hundred meters, the grade eases and you can push the pace. The grade kicked back up, and then came the Windy Pass turn.

With 800 meters to go, I cracked. My legs flooded with lactic acid and didn’t want to move. I tried double poling twice. On that grade double poling is futile. Back to skating, and I felt like I was being repeatedly punched in the solar plexus. I began to see parking spaces through the mist, but we were still going uphill. Then I saw the finish line. Mercifully the road flattened out. In the last 50 meters I went full gas as athletes who’d finished before me shouted encouragement.

There’s a photo of your faithful correspondent over on FasterSkier that conveys just how fried I was at the finish. I feel fortunate that I am still able to do this. For now.

5 comments on “The Punishment Remains the Same”