Valcour Island sits off the western shore of Lake Champlain, just south of Plattsburgh. It’s another of those spots in upstate New York where what you see today doesn’t even start to tell the story of the place’s history. 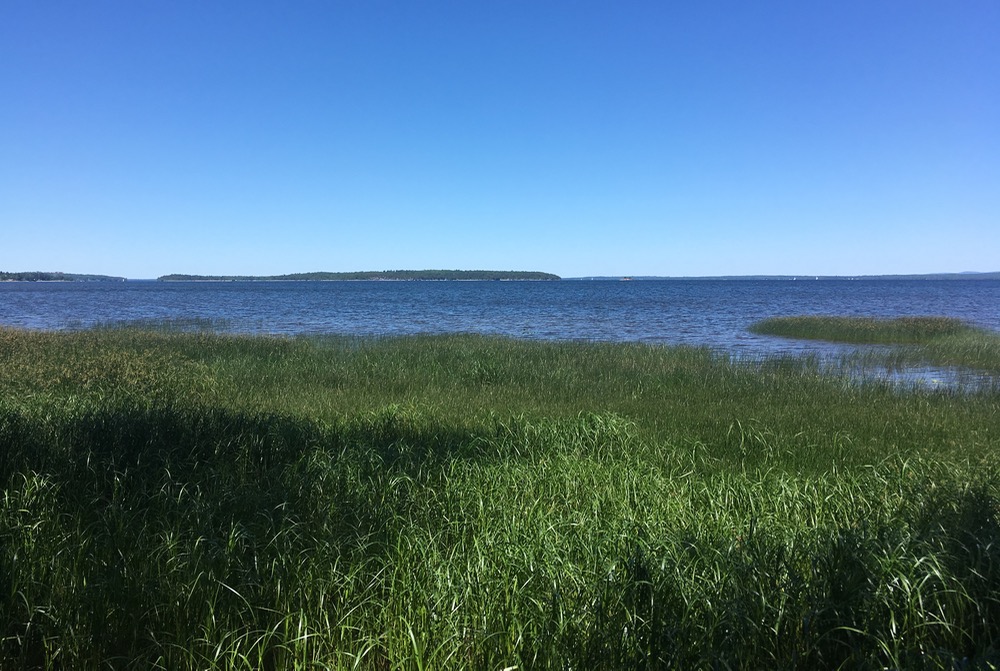 Valcour Island was the site of a naval battle during the Revolutionary War in which Benedict Arnold contested dominance of Lake Champlain just enough to prevent the British from pushing south in 1776.

There is only a half mile of water between Valcour and the shore. Though it always beckoned to me, sitting out there, right across from a big concrete boat ramp in Peru NY, I always felt better staying close to shore when paddling with my sons. 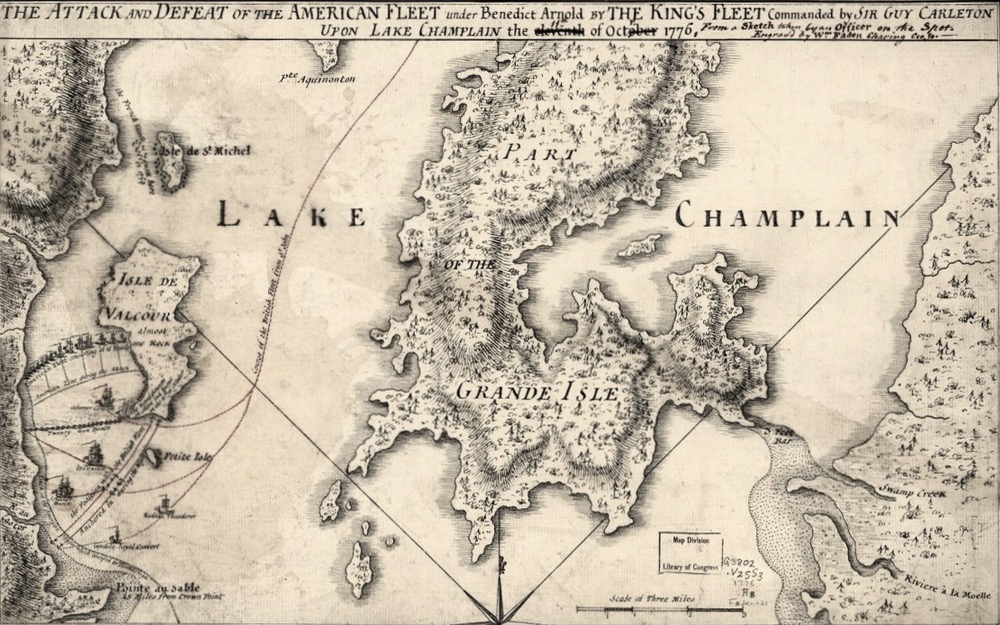 On a recent camping trip, I realized that my kids’ paddling skills had improved a lot. They were both contributing to our forward propulsion, greatly increasing my confidence level. I decided we’d give Valcour a shot.

We put our canoe on the truck and made the short drive north from Ausable’s Point Campground to the boat launch. As we set off, I could see it would be a challenging crossing. There was a stiff wind blowing from the north, kicking up a decent amount of chop on the lake. 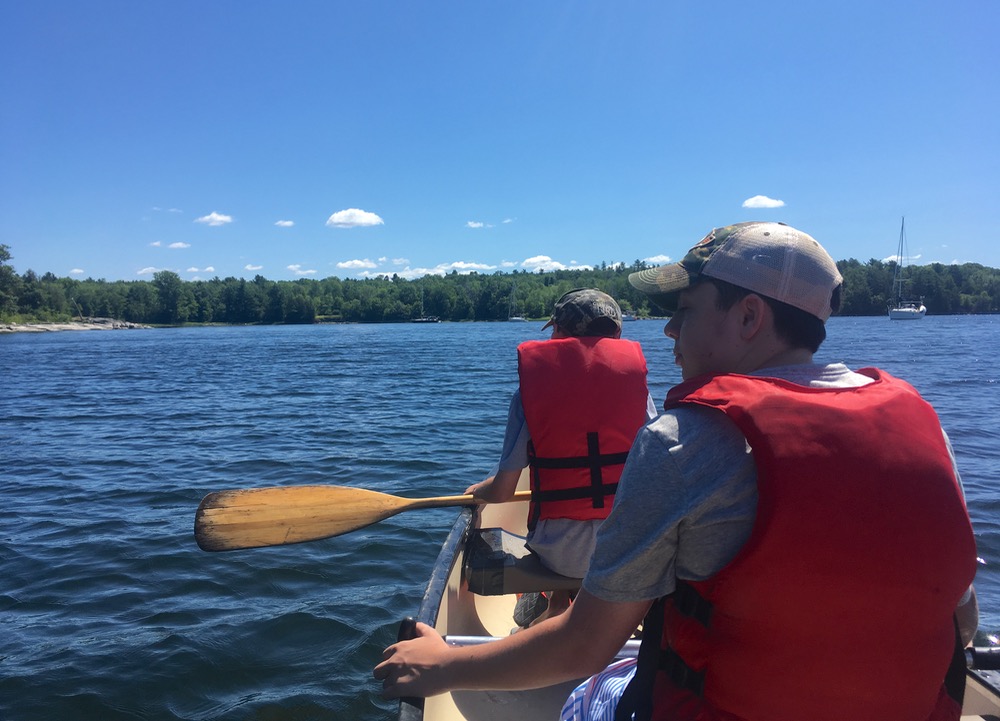 In spite of this we continued on. The conditions would have been no problem in my kayak but in the 17 foot plastic canoe it was a bit hairy. Each wind gust pushed the bow off line, slowing our progress, making the venture feel sketchier and sketchier.

As the waves got bigger, my instructions to my boys got louder and more specific. The goal was not to be hit broadside by any of the bigger waves so we couldn’t really paddle directly towards our objective. In a canoe, the fastest or safest route between two points isn’t always direct.

I kept us pointed into the waves and braced my knees against the gunwales to counteract the boat’s roll. I paddled like a mad man and encouraged my boys not to let up. It was hard going but we achieved something like a rhythm and, soon enough, we made it across without going for a swim. 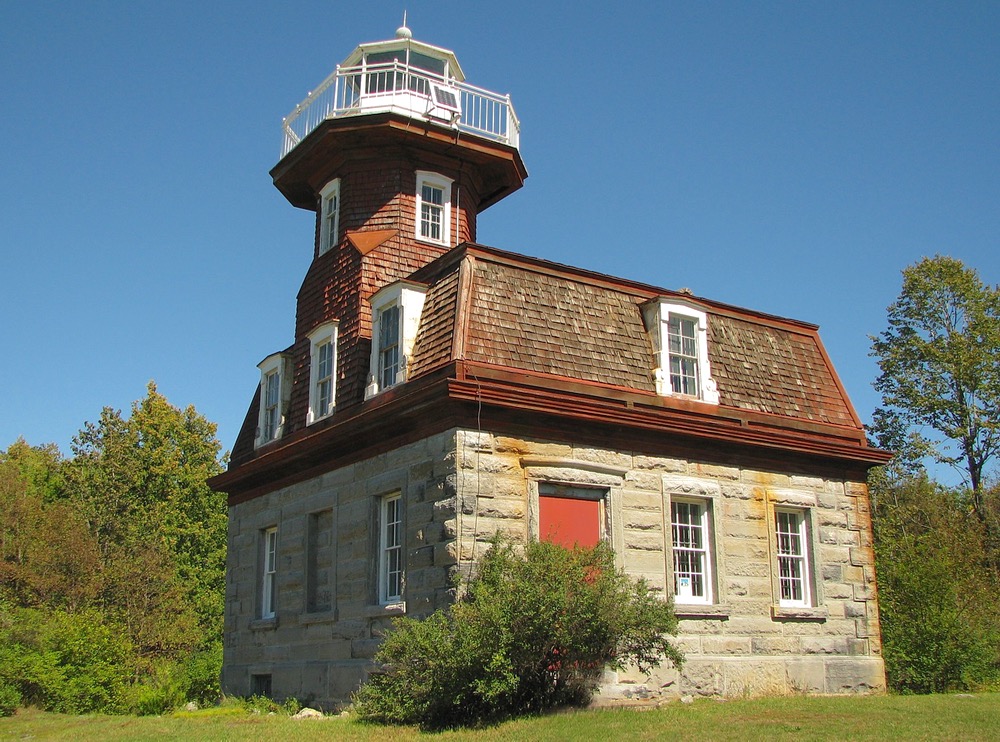 We entered a sheltered bay, a little to the south of Valcour’s historic lighthouse, and were able to relax. My boys rested their arms and looked around as we glided toward a natural beach and lush greenery. We landed near a half submerged cairn and some anchored cabin cruisers. I’d brought socks and sneakers in a backpack but my twelve year old wouldn’t wait. He just took off into the woods in his flip flops. Junior and I followed.

The island has a number of trails connecting the beaches and the lighthouse with the campsites that are spread around the shoreline. Our intention was to check out the lighthouse but the first trail we tried led to some campsites on the other side of the island. 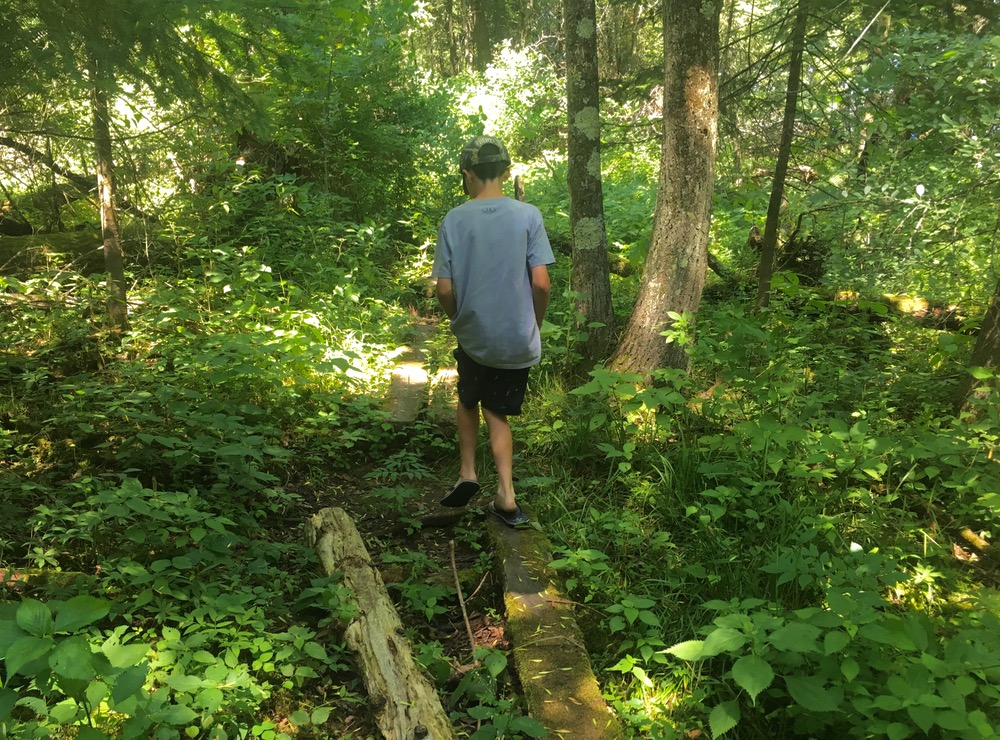 We backtracked and tried another way but found more tents pitched in the woods and thought it would be rude to go stomping through other peoples’ camps. We made our way back to the beach and waded in the shallows while the boys drank the water and ate the snacks we’d brought along.

Before long we were back in our canoe. My revised plan was to paddle along the western shore to look for a landing spot and a trail to the lighthouse but the boys were having none of it. Even close to shore the relentless winds made paddling grueling. I gave in and agreed to head back the boat ramp. 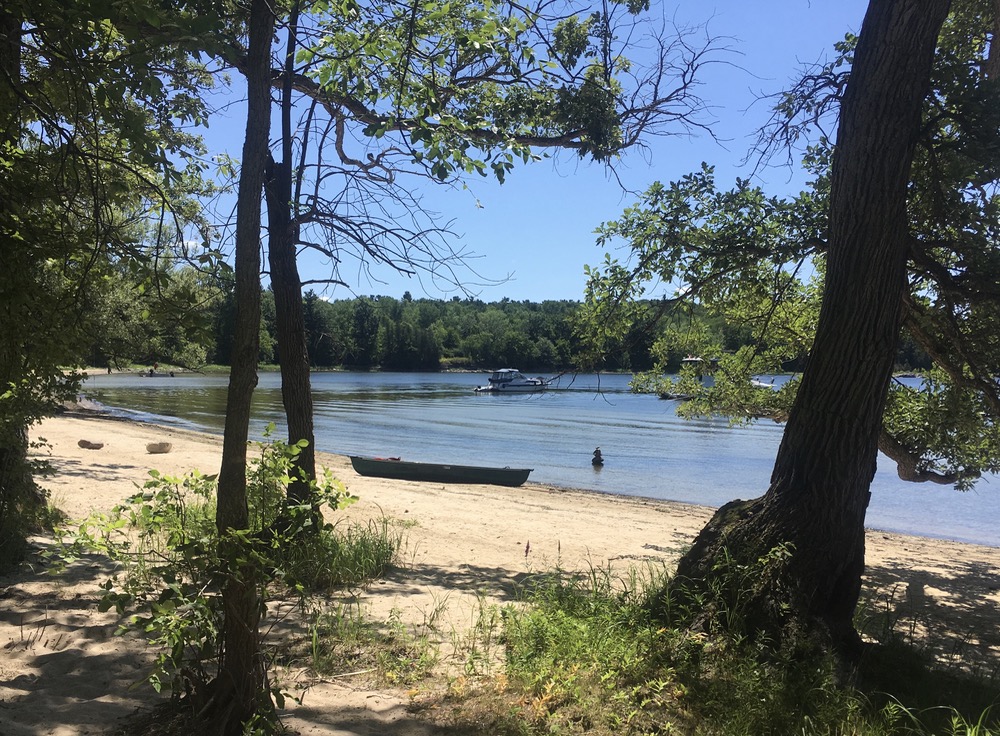 We pushed out into the open water and the kids paddled hard. Once again, I kept the bow pointed into the waves north of the boat ramp. About halfway across we turned downwind. Some people feel queasy with the wind and waves at their back, but the paddling is much easier.

We paddled only to stay on course and the wind we’d been battling all day was now our friend. A following sea always feels a bit creepy to me, like I’m paddling in oatmeal and not moving. We kept our eyes on our destination and the boys were amazed at our progress as it felt like we were barely moving.

Soon we landed. My twelve year grabbed the paddles and life jackets while Junior and I got the canoe back onto the roof of my truck and we were on our way. It wasn’t a long trip but the Valcour Island crossing represented a significant step for my kids. It was a challenging, eye-opening test that, I’d say, they passed.

3 comments on “Valcour Island: Battle of the Waves”