My interest in telemark began decades ago, as a young boy caught up in the wonder of skiing. I was always curious about those weird, bearded, old guys in the corner of the lodge with their cool, funky bindings. 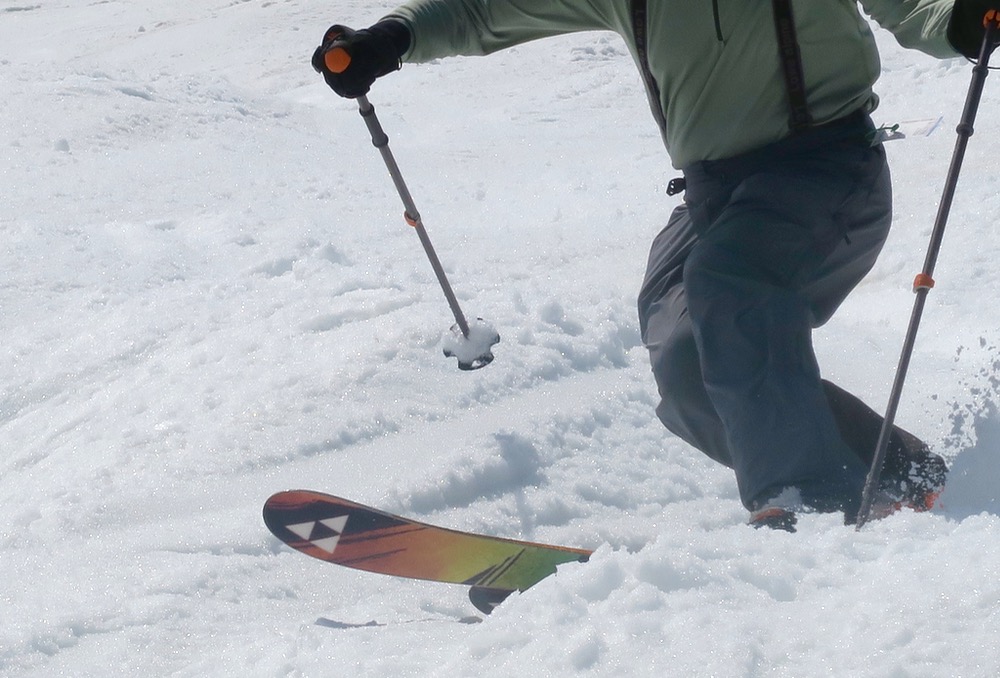 Before February of 2015, my telemark experience was limited to a few days floundering on my brother’s old setup: 1st generation Atomic shaped skis, 7tm releasable bindings and a soft 3 buckle boot. I started with two days at Alta’s clinic designed for advanced alpine skiers learning to tele.

Last January, I met a strong telemark skier, new to Plattekill, who I started referring to as “tele quiver guy” in my head. Each of his skis, ranging from short slalom race skis to long, stiff, FIS GS skis to DPS Wailers and everything in between, were outfitted with 22 Designs’ Hammerhead bindings.

Quiver guy skied Black Diamond tele boots, so I approached him in the bar to ask about his boots. I was hoping the BD tele fit might be similar to my BD Factor 130 AT boots. After a beer or more, I walked away with his extra pair of boots. They were a full size larger than mine, but the price was right. I borrowed an old pair of carving skis with a neutral tele binding from a good friend and I was on my way.

Within a few weeks, I scoured the internet and found a pair of Fischer Watea 96s. I found a pair of used 7tm’s from a fellow NYSkiBlogger, who also gave me some tele pointers. (Thanks Ted). Soon I was skiing on my own tele setup.

Over four decades of skiing, I saw the tele turn as one of the purest motions in skiing. It is powerful, rhythmic and elegant. Once I started to freeheel, I was determined to be that guy you see from the lift, skiing straight down the fall line, linking smooth, strong graceful tele turns.

In the beginning I was flopping and bobbling, unable to fully engage the ski. As someone who learned to ski in the early 1970’s, weighting the uphill ski was foreign to me. It goes against the prime directive: weight the inside edge of the downhill ski. Even so, I was hooked.

After a few weeks, I confided in Tele Quiver Guy, I was having trouble adapting . He encouraged me to grab his Scotty-bobs with Hammerheads which were out on the rack. I had no clue what Scotty-bobs or Hammerheads were, but I soon learned.

Those Hammerhead bindings made all the difference! The active feel was like a bell going off in my head… or body. Something clicked.

The difference between an “active” and a “neutral” tele binding is dramatic. After I click into an alpine binding, I honestly can’t feel a difference between different makes or models. But, in tele skiing, at least for me, it’s all about the binding and the effect it has on the “feel” of a turn.

I had become addicted. I knew I needed to make an investment in a pair of tele boots that fit me properly. At that point, the obvious question arose: 75mm duckbill or NTN?

I researched and spoke to various tele skiers. For me the choice became pretty easy. I already knew I preferred an active binding. And, the torsional rigidity built into the NTN system seemed to be the ideal setup. 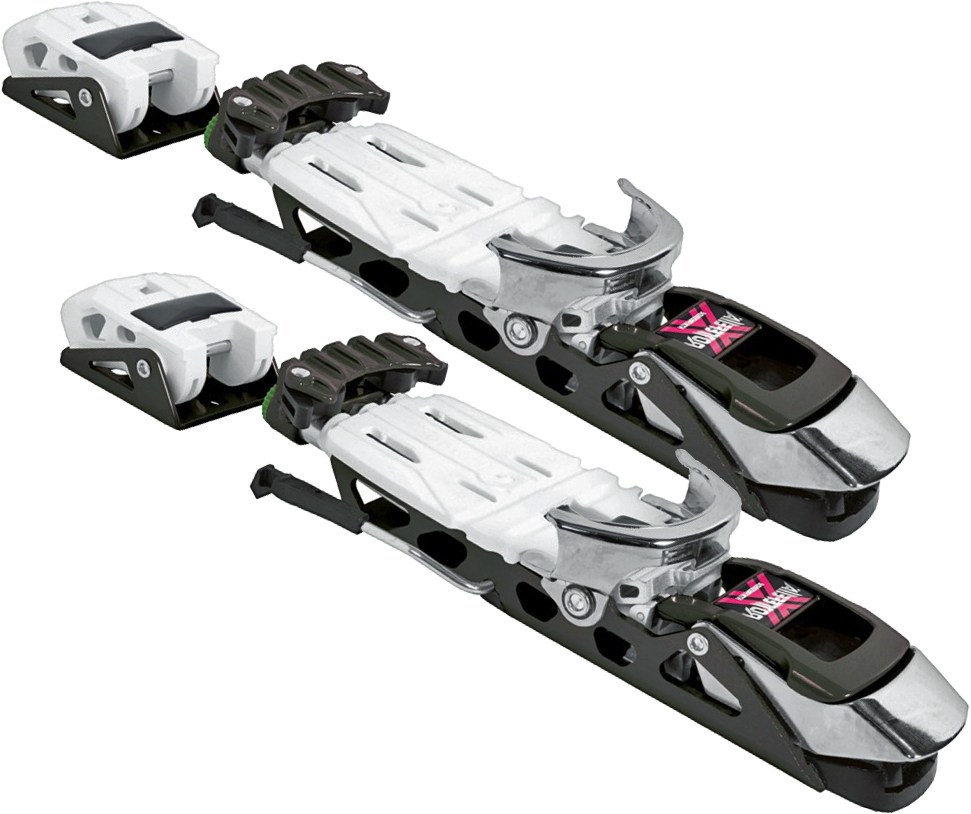 I decided on the Rottefella Freerides, this was before the 22 Design’s Outlaws were readily available. Scarpa boots seemed to fit me better than Garmont/Scott so when I went to Killington last spring, I hit BaseCamp Outfitters, who I heard had a good NTN selection.

I spent a few hours with Mike, the owner. He fit me in Scarpa TX Pro’s and heat molded the liners with my old, beloved, cork orthotic footbeds. He removed the 7tms, mounted the Freerides and had them ready for me when he opened the next morning. I was stoked!

I followed my two friends, both ex-racers, all over Killington that Sunday. I tried to keep up with them in the bumps, trees and on groomers. I fell a bunch of times, made them wait for me but I had a big, shit-eating grin on all day. Two more awesome bump-filled tele days on Superstar to close out my season last May.

This year, I skied tele exclusively. As we know, this season kinda sucked on the east coast. We were relegated to the groomers for most of the season. I got 26 days of lift-served skiing in the east and another 4 days in Tahoe, not a huge year for me. 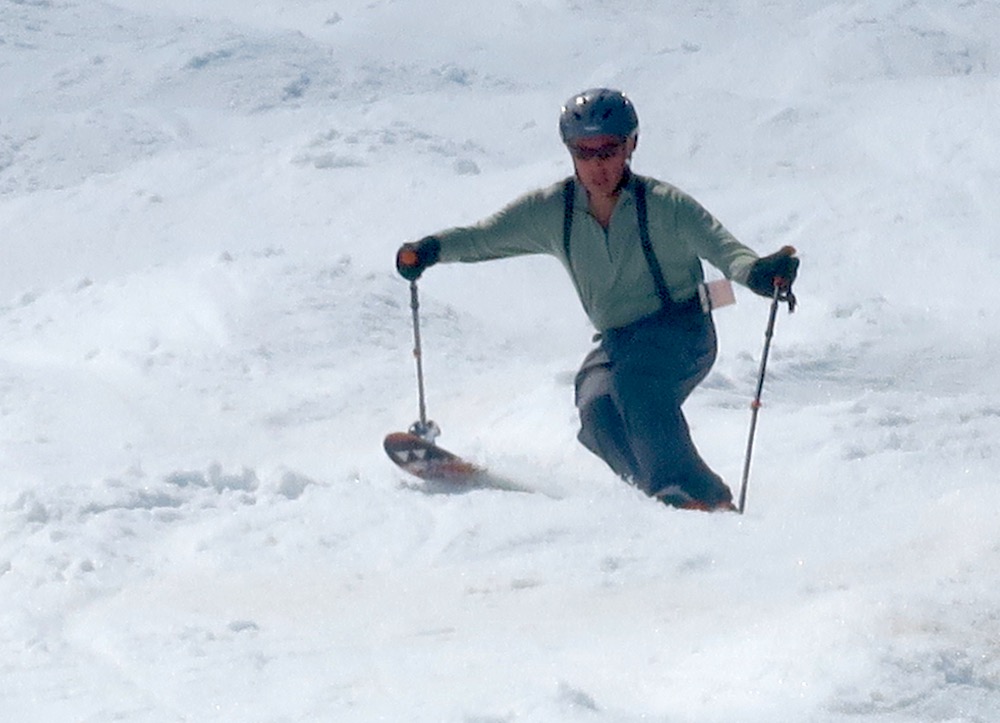 I was hesitant about being on teles in California for four days. I was skiing with a solid crew and my quads had been feeling it on Sundays all season. I took my alpine boots along for the ride just in case my legs needed a break. As it turned out I didn’t use my fixed heels.

The four days in Tahoe were an epiphany for me. I still don’t feel totally comfortable committing to a tele turn in all conditions. I came to realize that I don’t have to drop a knee on every turn. If I was faced with frozen, variable off piste, I started to mix it up in California. The NTN bindings are so torsionally stiff that you can make full on alpine turns one turn and then drop down to a nice, soulful tele turn the next.

From the beginning I was holding back a bit. Maybe it was the slower speeds at which I was skiing. But now, I find it so liberating. I found this incredible tool to explore the entire mountain, regardless of snow conditions. I know I’m a newbie and need more time and turns to become advanced. Until then I’m going to be on telegear in all terrain, in all conditions, happy on my NTNs.

NTNs are so versatile. They’ve helped make me a better skier by giving me more options. For me they opened doors presenting me with the opportunity and ability to truly ski freely. NTN is the vehicle to take me on this journey. Freeheel forever.

8 comments on “Telemark: Diggin the NTN”