Recent snowfall has blessed us across the Northeast, and there is no part of this run that any skier should take for granted. 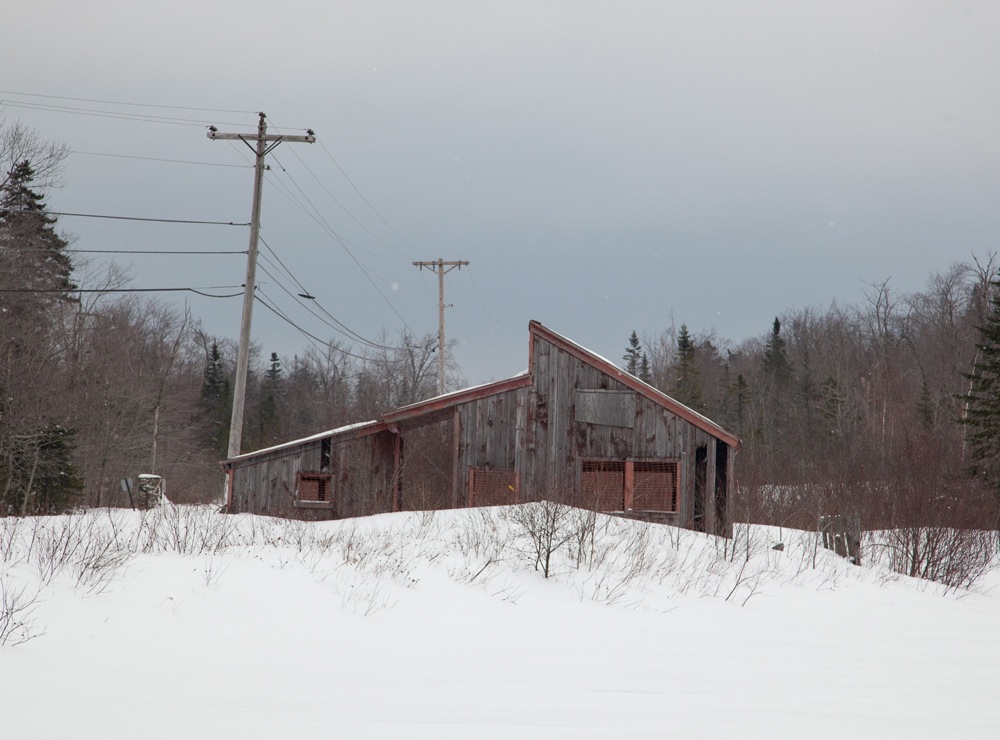 If you haven’t dusted off the boards for awhile, grab your rear-entry’s or your leathers and get after it, conditions are so soft that they’ll put a smile on your face to match the nostalgia of deep winters past.

This weekend, with a fat base worthy of an old time Tribe Called Quest song, my brother agreed to accompany me for a late afternoon skin at a resort that wasn’t as fortunate as those still standing. 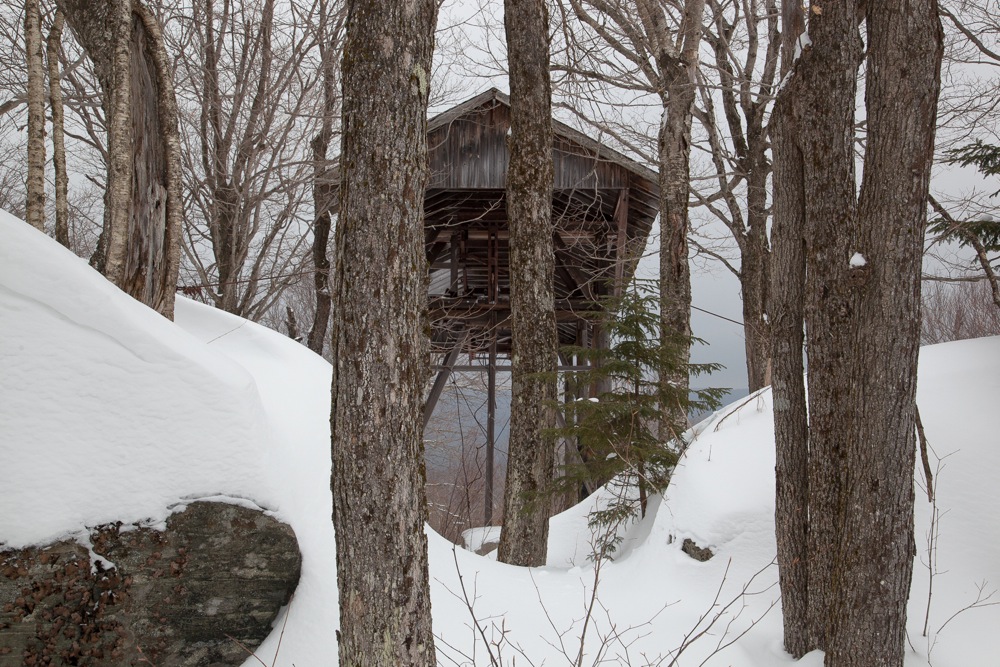 I’ve always enjoyed hiking around NELSAP ski hills. I remember when Jeremy Davis started NELSAP, attaching a name to a subject that fascinated me. I was obsessed and spent many hours on nelsap.org putting names to the hills I’d seen from afar.

It was a privilege to meet Jeremy recently, when he was lecturing on the Southern Adirondacks, in North Creek. NELSAP was ahead of its time, as crowdsourcing became all the rage for sites like Yelp and Facebook over the next decade. 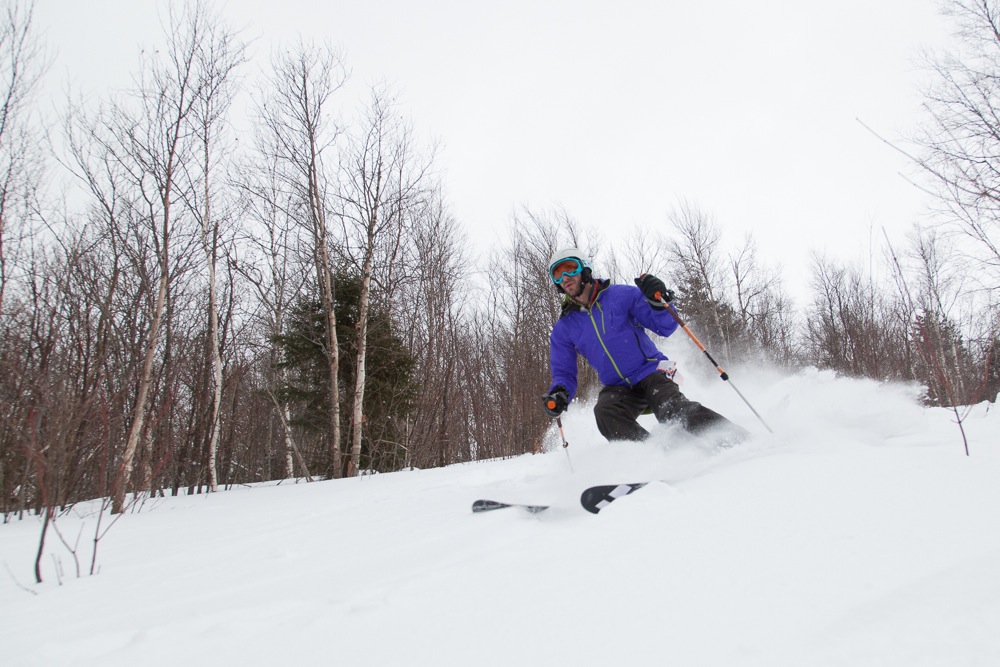 Maybe in a way I was too, hiking for turns before every manufacturer had to have its own touring line. I think either of us would have settled for inventing Yelp, but back to the task at hand.

Snow Valley VT isn’t the most prestigious closed resort in the region, but it occupies a high elevation zone between large living resorts like Stratton, Bromley, and the steep skiing powder haven, Magic Mountain. 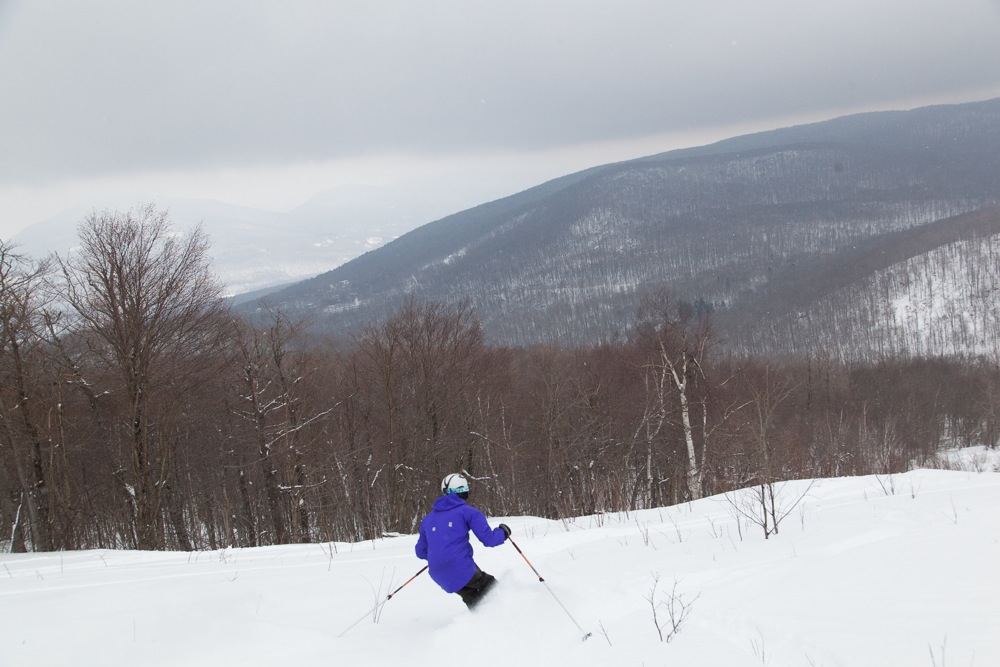 I’d noticed what I thought was a trail and longed to explore. I think Indiana Jones would feel right a home here as lot of the ski architecture at Snow Valley belongs in a museum.

A quick hike up 500 vert on the skin track puts you underneath the cable for a surface lift and things get more interesting at the top.

A beautiful return station for another poma sits at the top of the hill, right next to a double chair that goes just behind it. Some of those chairs still stand, but it seems clear that the area was built around tows, not chairs.

From the top, you’re rewarded with quintessential pastoral Vermont, with the rugged giants of Dorset and Equinox just behind.

The trails are overgrown and a little thwacky, but the snow was deep and buried most obstacles. The biggest obstacle that separates us from generations of skiers past — time — was lifted for a day, as we made beautiful wide arcs in the same paths as the ghosts before us.