In late January, I headed for Slide Mountain, at 4,180 feet the highest peak in the Catskills. I had just finished a grueling stretch at work and was eager to get out of the city. I went alone. As I skinned up from the parking lot, I had to rely on the sporadic trail markers and hope that the predicted fog and “wintery mix” would hold off. The trail had some snow, and lots of exposed rocks as well. 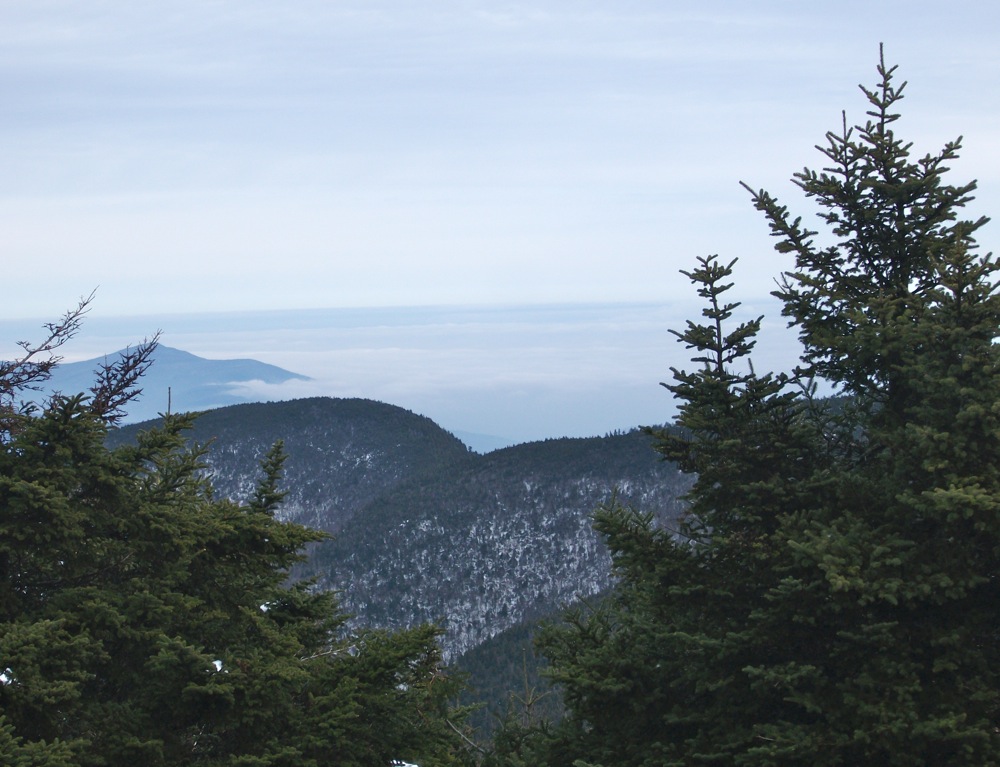 As I climbed I considered whether backcountry skiing is merely a way to access unskied lines or something different altogether. I’m sure it means different things to different skiers, but for me it’s about being in the mountains and escaping.

When I was younger, I’d spend my days at Killington skiing the bumps under the chairlift: Cascade, Needle’s Eye and Outer Limits were my go-to spots. I was good, and I knew it. The pleasure was in the show. I dug hearing comments from the lift above me or sensing admiring eyes.

But the winter scene was much more serene with no one else on the trail. I reached the summit ridgeline at 3,800 feet and began the traverse towards the top. Views opened, and I could see the empty Catskill Mountains. Deciduous trees gave way to a boreal forest comprising mostly thick balsam fir. The air grew chilly. The sun was still out—but the tightly packed, frozen trees above me blocked both sky and sun. 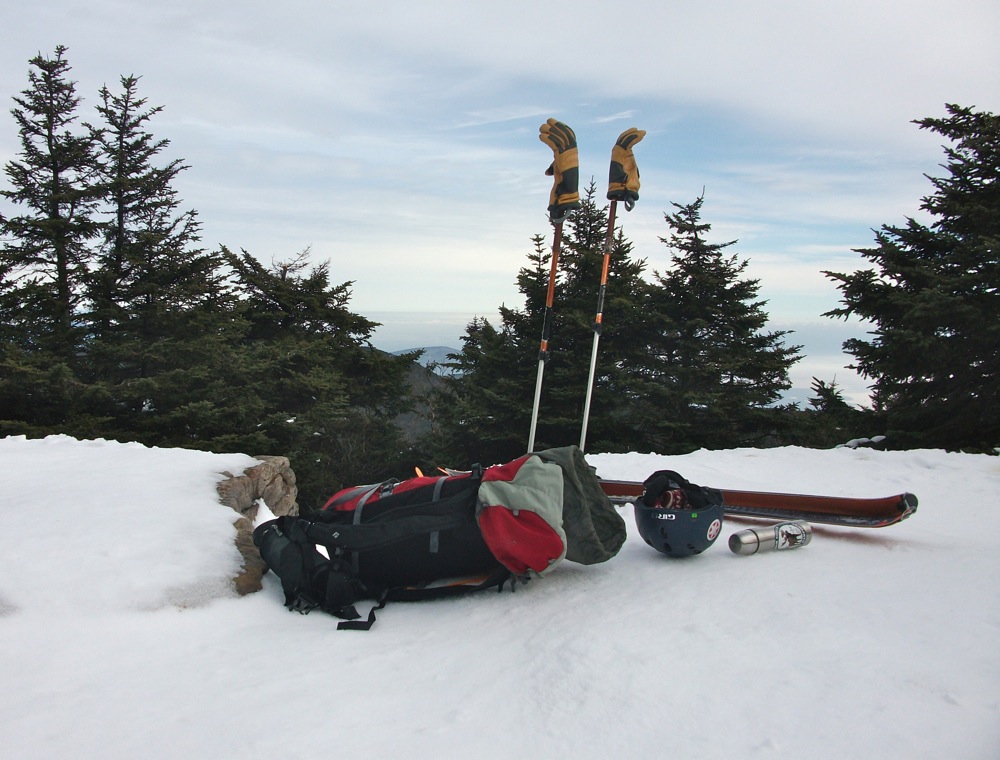 When I reached the summit, there was nothing but majestic vistas of lakes and the smaller surrounding mountains. Bundled against the summit’s chill, I drank some tea I had carried up in a thermos. The writer John Burroughs climbed Slide more than hundred years ago. A plaque near the summit quotes him from The Heart of the Southern Catskills: “Here the works of man dwindle.”

Burroughs recognized the power of the mountains—and Slide in particular—to put us in our place:

All was mountain and forest on every hand. Civilization seemed to have done little more than to have scratched this rough, shaggy surface of the earth here and there. In any such view, the wild, the aboriginal, the geographical greatly predominate. The works of man dwindle, and the original features of the huge globe come out. Every single object or point is dwarfed; the valley of the Hudson is only a wrinkle in the earth’s surface. You discover with a feeling of surprise that the great thing is the earth itself, which stretches away on every hand so far beyond your ken.

I could see the predicted storm slowly approaching. My descent was down the narrow hiking trail. No room to turn, no place to bail out, just a semi-controlled snow plow burning my thighs. Frozen tree branches crashed against my helmet and goggles. And lower down, the rocks reemerged, chaffing the metal edges of my skis. It smelled like my father’s welding studio.

I stopped to consider. It would take me much longer to hike down, but navigating the slick hidden rocks seemed risky. I chose to hike. Strapping my skis to my pack, I laughed that many would deem this the worst possible skiing. But, for me, it was ideal — just me and my skis and the mountain.

At the advancing age of 48, I now know where true pleasure lies — for me. It’s in quiet, physically demanding adventures in the backcountry where the descent is just one facet. That’s where I want to be now, where the mountains loom large and the self loses prominence. Returning home and showing others impressive pictures of lines I skied would surely stroke my ego, but would also feed a consciousness that is exactly what I’m looking to escape.