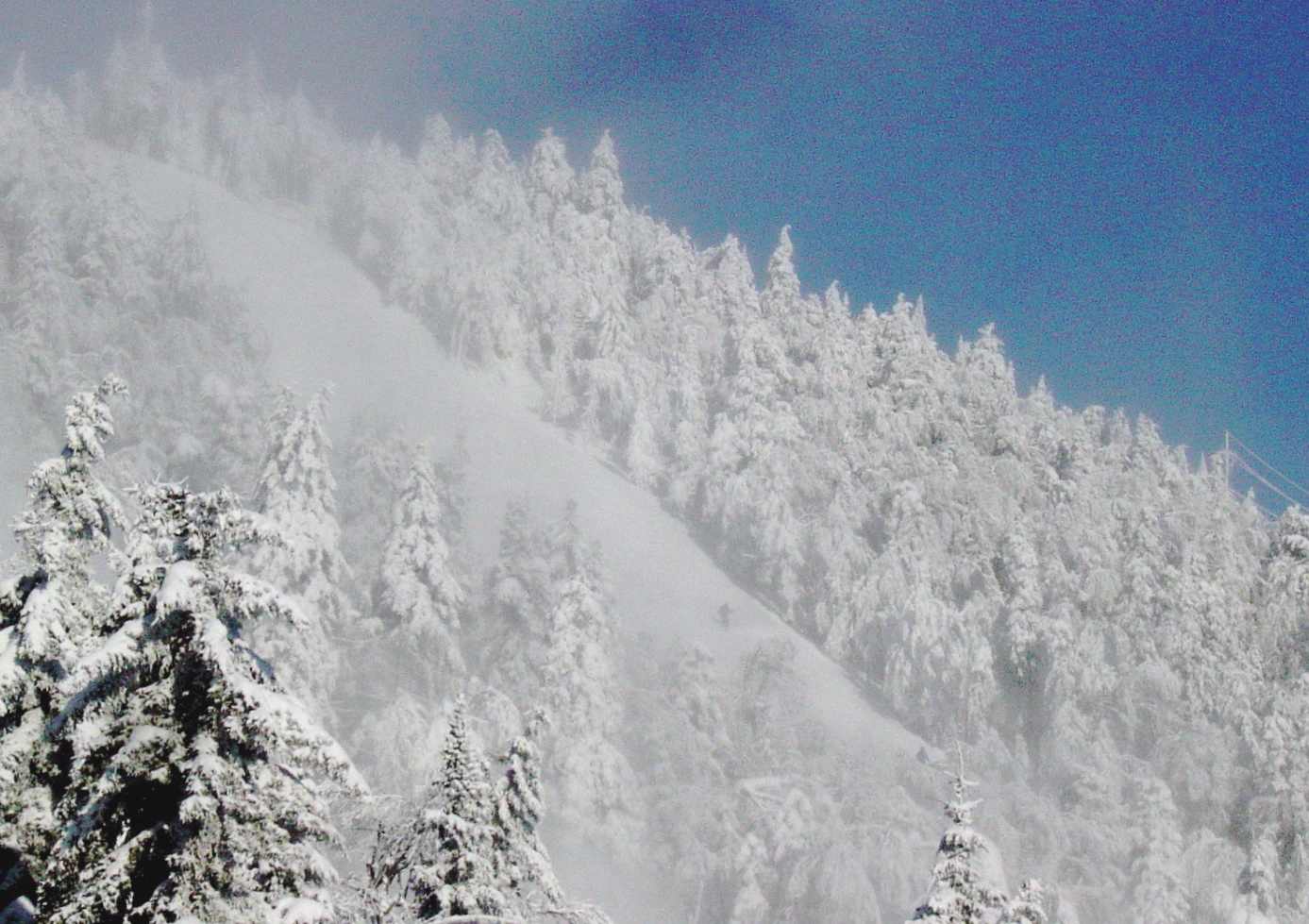 Gore marketing has implied that the new run under the skibowl liftline is the second only to Rumor in steepness. Rumor, Skibowl Liftline, and then Lies comes third? I’ll tell you one thing SkiBowl Liftline LOOKS pretty steep on the topo. But that pitch was originally a “T” Bar. How could it be that steep?

I decided to see if I could figure it out. I have a hard time with grade to degree conversion. I have no idea if these numbers are correct and I’d like to be corrected if I’m off. On the Gore website in the History Timeline they list the dimensions of the original ski bowl T-bar as 3000′ long and 830′ of vertical. The new lift uses this same run so I’ll assume those numbers the same. On that same page, the percent grade for Rumor is listed at 70%. It’s undetermined if that pitch is for the headwall or the average of the whole run.

Here a some grade and angle conversion numbers I got from Tony Crocker of bestsnow.net:

According to the website’s 70% number this would put Rumor around 35 degrees which jives with numbers I’ve heard in the past for Rumor.

Extrapolating the SkiBowl’s 29% might average around 17 degrees. There’s nothing to say that PARTS of the Ski Bowl slope couldn’t approach parts of Rumor for steepness, but on average it looks less steep. Hard to believe most of Lies isn’t steeper.

*Thanks to all at FTO and Skiadk who contributed to this post.